At The Sweet Tooth Hotel, You’ll Do It For The ‘Gram. 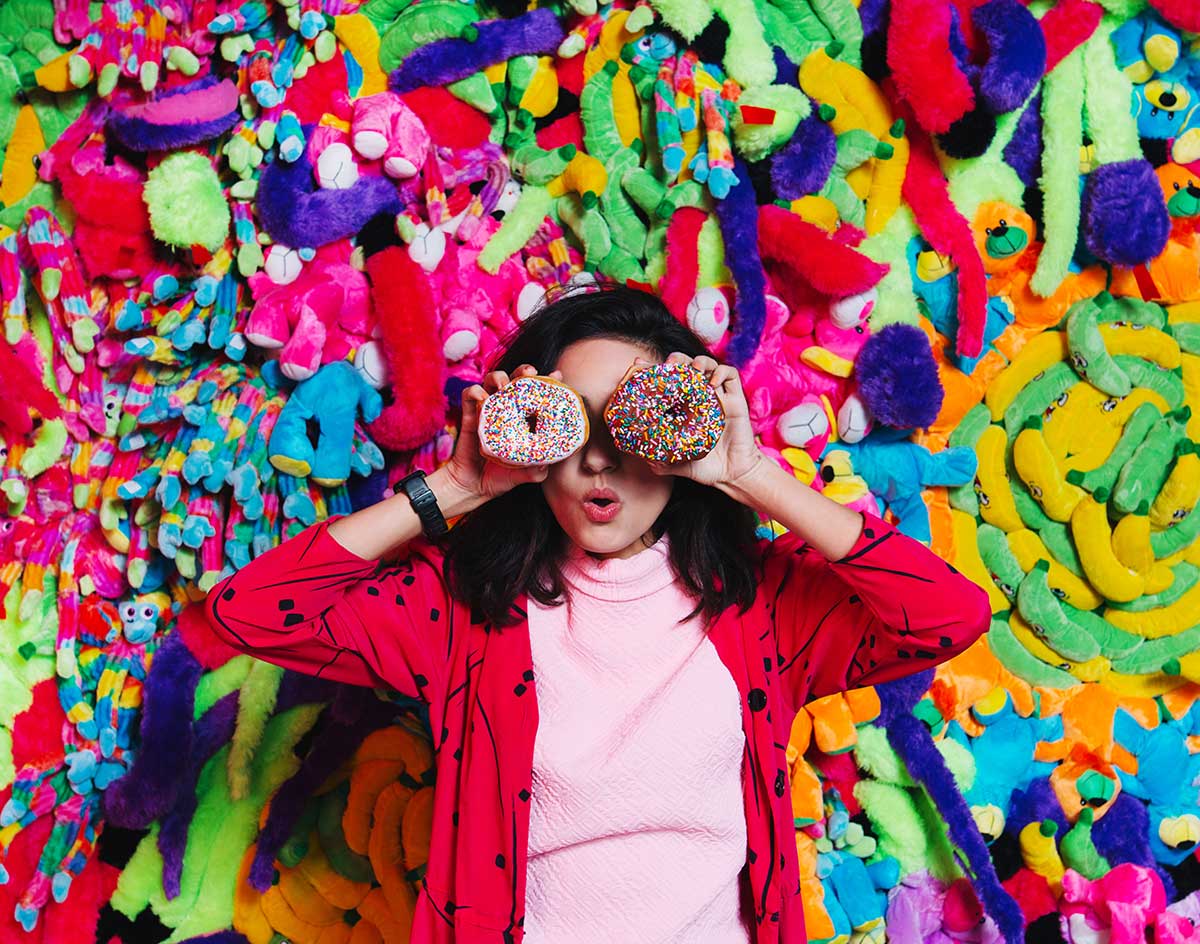 Your Instagram Feed Is About To Be Filled With Selfies Taken Within A Colorful, Candy-Themed Art Installation That’s Set To Pop Up In Victory Park In May.

All photos by Chelsea Delzell, courtesy of Sweet Tooth Hotel.

Spend any time on Instagram and you’ll see one.

Maybe it’s Meow Wolf in Santa Fe. Could be The Color Factory in San Francisco. More than likely, it’s the colorful traveling Museum of Ice Cream, with its infamous sprinkle pool, which has now had runs in New York, Los Angeles, San Francisco and Miami.

Wired calls them Selfie Factories, and the shoe certainly fits: It doesn’t matter why these spots were built in the first place; the people who enter their doors spend most of their time with their cell phones out, scouring the installations for that elusive, perfect Instagram grab. And, soon enough, Dallas will be getting its very own version — well, for a month a half, anyway.

From May 18 through June 30, a pop-up installation called the Sweet Tooth Hotel will open up at 2316 Victory Park Lane. The brainchild of husband-and-wife creatives Cole and Jencey Keeton, the project will boast four separate spaces within its 1,250-square-foot storefront, each filled from floor to ceiling with brightly colored, candy-themed works from such Dallas-area artists Rob Wilson, Jeremy Biggers, Shamsy Roomiani, Jojo Chuang and Chelsea Delzell. 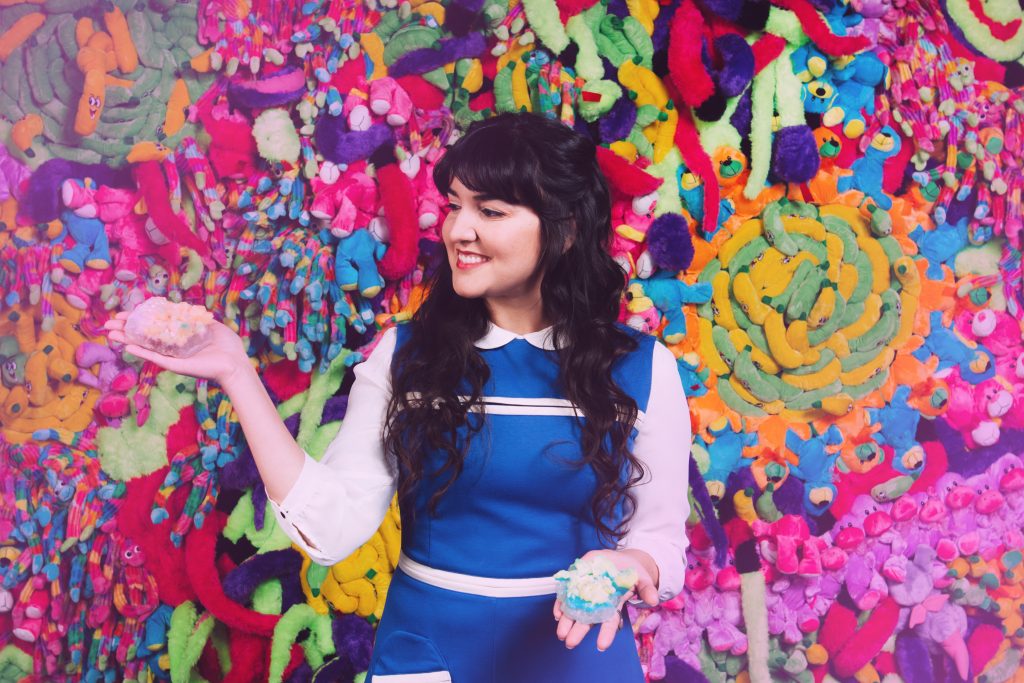 Shamsy Roomiani is among the artists contributing to the Sweet Tooth Hotel’s design.

But unlike the Dallas Museum of Art’s pumpkin-filled, Yayoi Kusama-designed infinity room, which limits the time that visitors can spend within it to a mere 45 seconds, the Keeton’s project will be embracing its obvious draw as playground for photographers and the people who pose for them. Visits to the Sweet Tooth Hotel, which will run $20 per person and are currently on sale here, will last an hour, with the only limit being that the number of people allowed inside at a time will be capped at 25.

“It’s definitely an art project,” Cole says of the concept, “but we’re definitely OK with it being viewed as an Instagram museum, too. We want people to enjoy their their experience.”

Specifically, Keeton hopes people play with the space, too. 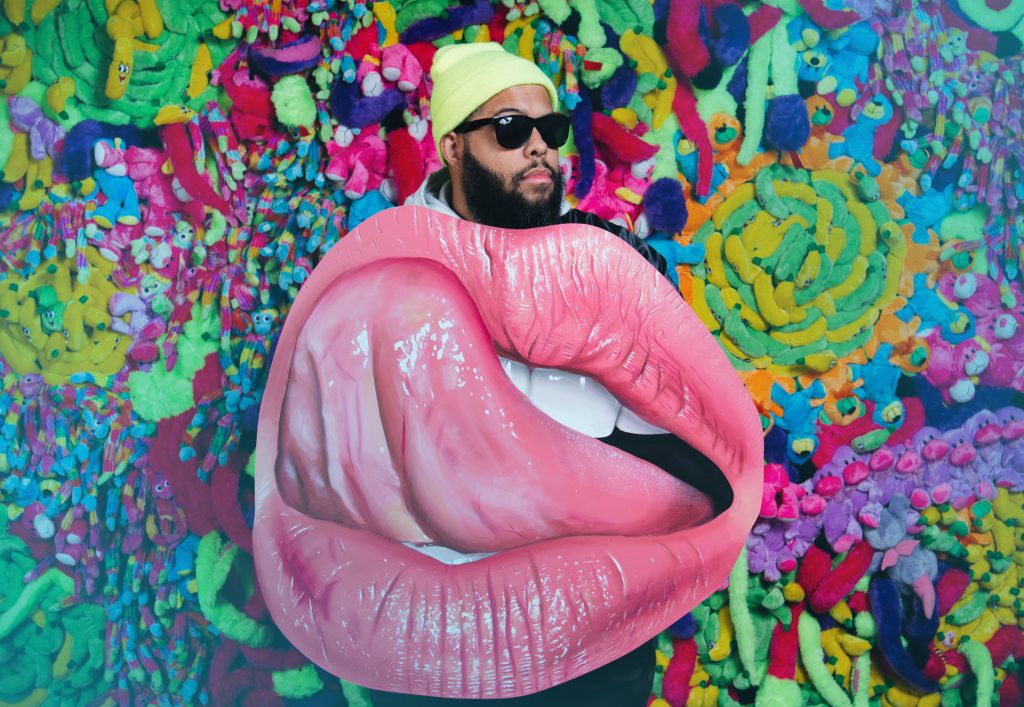 It’s that hands-on element, Keeton says, that will differentiate the Sweet Tooth Hotel from other experiential destinations.

“We want to make sure we’re not just doing another Museum of Ice Cream,” he says.

Along with the contributing artists, custom fabrication company Built By Bender will be tasked with building the majority of those pieces — about 90 percent of the entire space, estimates co-owner Ari Bender.

“It’s going to be full of color, texture and fun interactive pieces,” Bender says of the plans for the Sweet Tooth Hotel’s build-out. “Some of those will relate directly to the ‘sweet’ concept, and some will be just for fun and not necessarily limited to candy or sweets. We are sticking with the concept, but trying not to totally limit ourselves to creating fun ideas.”

On his social channels, Bender’s been teasing some of what he’s building for the space — like giant Ring Pops growing out of cacti.

That’s a whole of effort for an entity that, as currently planned, has a set expiration date. But if Dallas develops a taste for Sweet Tooth Hotel’s wares, Keeton says its possible additional helpings could pop up down the road. If nothing else, he’s encouraged by its early ticket sales.

“Who knows?” Keeton asks rhetorically. “This is kind of a proof of concept. If it’s super successful? Well, we’ll see.”