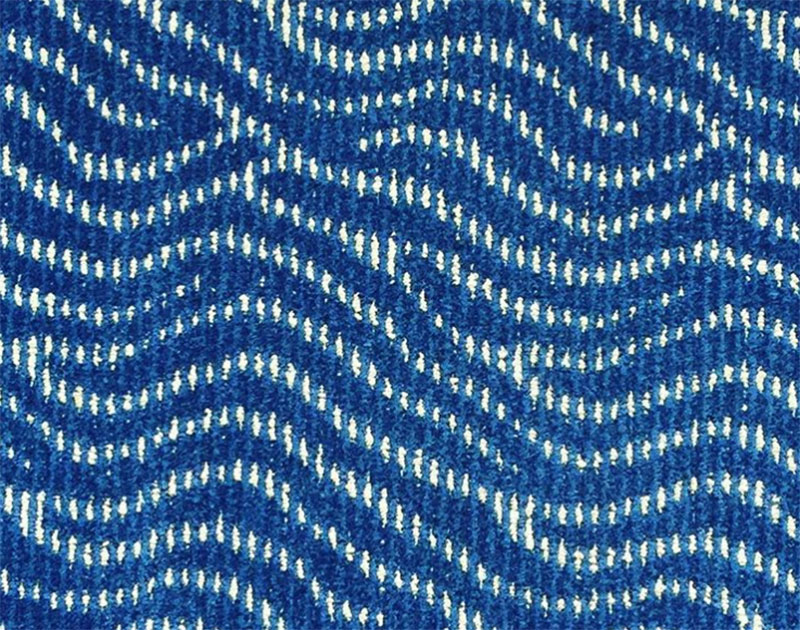 Tweets go viral all the time.

Funny memes, pretty pictures, demonstrations of presidential idiocy — these types of posts are all ripe for sharing, and they really don’t catch anyone off guard in this age of the Internet. At this point, virality isn’t so much a phenomenon as it is a normal, anticipated social media byproduct.

But, every now and then, something goes viral that still manages to surprise and charm. Take what happened last Saturday, for instance, as one tweet spread across the internet at an insanely fast rate – just to promote an Instagram account devoted to pictures of hotel carpets.

All I Want For Christmas is for my Dad’s hotel carpet instagram to go viral, please help this happen pic.twitter.com/pqCWDglFf9

The Instagram account promoted in this tweet — @myhotelcarpet — belongs to Bill Young, a Dallas photographer and pilot who sees a lot of hotel floors and documents his favorite finds. In the two years since he launched the account in 2015, though, only a handful of people thought the endeavor was particularly interesting: Until Young’s daughter Jill, a sophomore at the University of Texas at Austin, posted her tweet about her dad’s Instagram feed this past weekend, the account only had 83 followers.

But Jill’s Christmas tweet-wish for more people follow the account changed all that — and fast. Within 24 hours of her tweet, the account grew to 500 followers. After two days, it had ballooned to 30,000. Five days later, at the time of this posting, the account has climbed to 531,000 followers, averaging a gain of more than 150,000 followers per day over the last three days.

An article about the tweet and Instagram feed that was posted to Buzzfeed yesterday helped push things further, but Jill’s not entirely sure how the feed reached 430,000 followers it had before that story even went up.

“I think some accounts with a big following retweeted it,” Jill says. “And it just took off from there.”

Still, Jill’s stoked. A child of the Internet Age, she understands how social media works in ways her dad doesn’t. That’s actually part of what she digs most about her father’s social media posts.

“My favorite thing is his use of hashtags,” Jill says, noting that Bill will often place ridiculously long hashtags in the middle of his captions sentences.

My #HotelCarpet #Cincinnati Airport #Marriott. I kinda like it. #travel #photography #imbored

In his defense, the account wasn’t even Bill’s idea, Jill says. She says it was actually her mother who came up with the account’s theme — meaning the account’s recent growth has truly been a family affair.

The whole family, which moved to Dallas from California three years back now, thinks the rapid growth is pretty hilarious, Jill says. But, on a more serious note, it’s looking like all the newfound attention could end up boosting Bill’s photography career; along with hordes of journalists looking for interviews. Jill says a few hotels have even reached out to her father over these past few days to learn more about his project.

It’s safe to say that Christmas came early for the Youngs this year — and that Jill’s wish came true.

My Boston hotel room carpet. Reminds me of the ocean. #hotelcarpet