All Killer, No Filler. 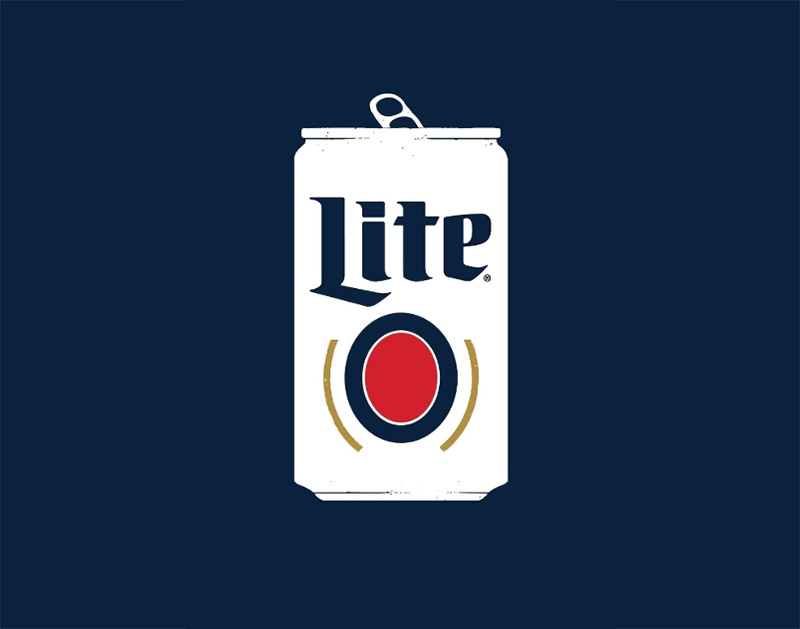 Simply put: The local brew scene is booming right now — more than it ever has in the past. On any given Saturday, it’s possible to tour and sample goods from more than a dozen area breweries. What’s more: Dozens of local blogs and columns — including our own On Tap series — have cropped up in the past year to cover the rapidly expanding scene.

But there’s one local beer that none of these columns have the guts to cover. The same beer never has — and probably never will — ever have representation at any local beer festival or event. And we wouldn’t have a problem with either of those things were the beer in question not hands-down the best locally-made beer in all of North Texas.

We’re talking about Miller Lite — the original light beer — which has been brewed in Fort Worth since the early ’70s.

It’s about time it started getting the respect it so rightly deserves.

Like former New York Jets running back Matt Snell first uttered in the company’s very first ad campaign in 1972, Miller Lite is all you ever wanted in a beer — and less.

That said, let’s take a look at what some of the other so-called best beers this town has to offer — and how none of them even come close to stacking up against Miller Lite.

• Armadillo Ale Works’ Quaker Town Stout. Much like Miller was in Fort Worth, Armadillo Ale Works is Denton’s first brewery. And, for what it’s worth, other than being a tad heavy-handed, Quaker Town Stout is by no means a bad beer. But the company, which currently has no actual physical brewery of its own, has a long way to go before it’s anywhere near Miller’s level. Miller’s Fort Worth plant is fucking huge. These days, the facility employs over 650 workers and cranks out over nine million barrels of its delicious, golden product each year.

• Peticolas’ Royal Scandal. By all accounts, Royal Scandal is regarded as probably the second-best beer in town. That’s all well and good, but there’s no guarantee you’ll be able to necessarily find one of those suckers when you’re craving it the most. The brewery likes to boast that its products are available in 40 percent of all Dallas-area bars and restaurants. You know what’s available in nearly 100 percent of all U.S. bars and restaurants? Sure you do.

• Deep Ellum’s Oak Cliff Coffee Ale. Incorporating flavor from one of the city’s best coffee roasters does indeed make Deep Ellum’s consistently obnoxious packaging and marketing campaigns somewhat easier to stomach. That said: Knowing that the money one spends on the beer will go to a company that, in turn, openly financially supports politicians like Don Huffines — who has promised to take a “conservative, tea party approach” to issues in Austin if he’s elected to the state senate — is harder to swallow. It goes without saying: One thing we’ve absolutely never thought to ourselves while sipping a Miller Lite is how much we wished the state would add creationism to its science curriculum.

• Rahr & Sons’ Winter Warmer. Forget that the brewery’s best beer is only available seasonally. It’s a really damn good beer; we’ll give them a pass there. But this company has made its name largely on the fact that it has been around since 2004 — long before the current local craft beer boom. A full 30 years before that, though, Miller Lite was already completely revolutionizing the light beer industry.

• Lakewood Temptress. The one thing all of Lakewood’s beers have in common is their overwhelming “sessionability.” Kudos to those guys for crafting one of the few Imperial Stouts we’ve ever sampled that not only pairs well with most every occasion, but is quite easy to take down in mass quantities. If sessionability is you’re No. 1 goal, though, it’s hard to find a beer that’s “less filling” than Miller Lite. We’ll just go ahead and take the fact that Temptress doesn’t yet come in 30-packs an admission of inferiority in this department.

• Community’s Public Ale. With multiple national beer awards under its belt in just its first year in existence Community is easily one of the most decorated local breweries in town. Its Public Ale, for instance, took home a gold medal in the 2013 Great American Beer Festival. Miller Lite, meanwhile, is a four-time gold medal winner in the World Beer Cup, as well as a two-time gold medalist in the Great American Beer Festival. And, hell, when Miller took the gold for Best American Style Lager in 2010, the bronze medalist in that same category was the company’s Genuine Draft. It seems as if Miller Lite’s biggest competition in town is actually, well, itself.

• Four Corners’ El Chingon. Four Corners has been making news lately thanks to the introduction of its revolutionary fully removable “360 End” lid. As cool as it is, this single innovation pales in comparison to the numerous gimmicks Miller Lite has pioneered over the years. Lest we forget the Vortex Bottle, which uses a spiraling technique to improve the beer’s pouring ability, here are a few other innovations Miller’s introduced: the Punch Top Can, which makes throwing back a sixer of these things an even quicker undertaking; the Aluminum Pint, which features a re-sealable screw cap; Home Draft, the 5.7 liter refrigerator-ready draft beer unit that came with its own CO2 regulation system; and the ever adorable seven-ounce bottles and eight-ounce cans, which are just plain cute.

• Franconia Wheat. Most reviewers’ main complaint about this one, it seems, is how watery it is. Conversely? Miller Lite’s wateriness is almost unanimously regarded as its best feature.

• Revolver’s Blood & Honey. The Granbury brewery’s flagship beer is also one of the most universally adored in North Texas. Have you heard anyone ever describe what it actually tastes like, though? Our resident beer expert Colin Alsheimer described the experience as such: “Like most good wheat beers, there’s a delicious tart, yet bready yeast quality. In a small way, it’s like eating the best sourdough bread you can think of. This is backed by flavors of green apple, stone fruit and a slight earthy, grassy taste. Now, what makes this beer an American Wheat is the extra attention paid to the bittering hops, and the well above normal ABV (seven percent). Both of these super-sized flavor components work; the bitterness balances out the yeast and fruit flavors, and keeps you coming back for more.” Um, what? You know what Miller Lite tastes like? Great. It tastes great.