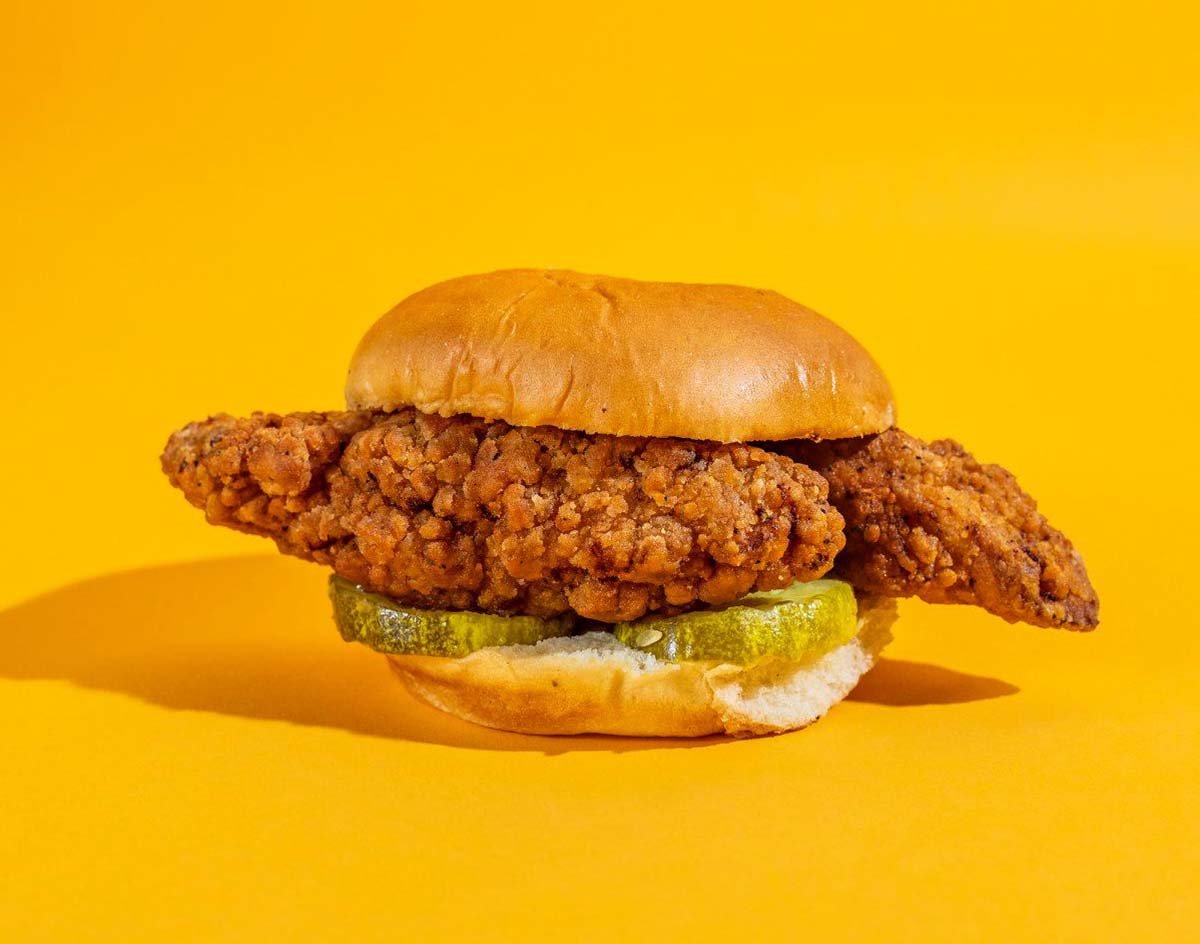 Just this week, David Chang‘s fried chicken spot Fuku made its Texas debut, opening up a handful of locations in the Greater Dallas and Greater Houston areas each. By the end of May, the Dallas Morning News reports, the chain hopes to operate six locations apiece in each of those two major markets.

Like Guy Fieri‘s new Flavortown Kitchen spot out in Arlington, Chang’s new spots are also “ghost kitchen” operations, which is to say they’re not places you can visit; rather, they’re spots you can order from using delivery services.

So why all the hype? Well, for the uninitiated, Chang’s a big deal! The James Beard Award winner has been a media darling since he opened up his acclaimed Momofuku Noodle Bar restaurant in New York City back in 2004, becoming a fixture on cooking shows and even launching a few of his own in the form of his The Mind of a Chef and Ugly Delicious TV series. Launched in 2015 as a “cousin” to his original concept, Chang spun Fuku off after earning raves at Momofuku for the secret chicken sandwich offering he sold there once upon a time.

After already operating in Miami, Washington, D.C. and (for a brief spell) Boston, Fuku took its North Texas bow on Tuesday, serving up all the chicken favorites — including five different sandwich options, chicken fingers and fries — to diners within their new spots’ delivery areas of the Dallas Medical District, Downtown Dallas and West Plano. Head to Fuku’s website to see if you fall within those zones, and get free delivery if you do so via Uber Eats through April 30.

As with all new restaurants, though, you might want to give Fuku a few days to work out the kinks of its new operations. While the company donated its Texas opening day sales to the Southern Smoke Foundation that helps people in need within the food and drink industry, we’ve seen various social media reports of ordering difficulties already.

Of course, in time, things do sometimes take turns for the better. This is especially true of the Dallas-area dining scene of late, where restaurants seem to be blossoming after a truly harsh pandemic. This week alone, several fan-favorite restaurant locations have broken news of newcomers with unique concepts and cuisines taking over their leases.

For instance, remember Deep Ellum Brewing Co.’s short-lived Funkytown Fermatorium out Fort Worth way? The brewery that once took over Fort Worth’s Cultural District and was then forced to close as a result of coronavirus complications will now be the new home to Bankhead Brewing Co. Once this second taproom location from the company opens in May, PaperCity reports, the Rowlett-founded brewery will host its 16 craft beers on tap and serve dishes that will almost completely mirror Rowlett’s menu — which is to say you can keep an eye out for wood-fire pizzas, craft sandwiches, chicken-fried ribeye with jalapeño gravy and more.

Back here in Dallas, the building that once housed BBBop Seoul Kitchen‘s brand of Korean comfort food on Lower Greenville for almost a decade has a new tenant, CultureMap reports. Called Saint Tacos, the new operation has a wild menu featuring breakfast tacos, street tacos, loaded fries, Tex-Mex faves and a variety of chicken wing flavors.  BBBop fans needn’t fret too much about the change; the Korean restaurant will still operate as — you guessed it! — a ghost kitchen within that same address, and its full-scale Oak Cliff location remains open too.

Speaking of Oak Cliff: CultureMap also has the beat on a new French-Indian restaurant called Âme that just opened in Bishop Arts District in the former Hattie’s location. Dishes on the menu include lamb vindaloo served with a French potato and tangy, spicy sauce; house-made breads; and various brunch options. Also, in the back of the Parisian-style restaurant, you’ll find a separate champagne bar called Elephant Bar that will too serve cocktails with a French-Indian twist.

Over on the east side of town, meanwhile, a new concept called The Rabbit Hole Bar & Grill will be taking over Eastbound & Down’s former space on Ross Avenue. Operated by the tandem of Jason Caswell and Shawn Corley that currently runs The Chuggin’ Monk in Arlington, expect neighborhood bar vibes from a spot promising to include a patio, more than 20 beers on tap, a built-in dog park and a fire pit.

Already in operation, the Dallas Morning News reports, is a yet another new ghost kitchen spot up in Plano called the Plano Grilled Cheese Company (not to be confused with Dallas’ Dallas Grilled Cheese Co.) Operating within Sea Breeze Fish Market & Grill, all the grilled cheese sandwiches here are served on Texas toast and include some sort of seafood spin — like one offering which utilizes both lobster and white cheddar in its cheesy goodness.

If dessert’s more your thing and you’re sad about Ruby’s Sno-Balls not being around this season, we might have alternative for you: Snow on the Rox, a snow-cone trailer in Grow DeSoto Market Place, hopes to satisfy your shaved ice needs with some 30 different flavors. Better yet, CultureMap notes, Snow on The Rox is a fully vegan operation — the the point that it also sells vegan ribs and steaks from Boneless Butcher, tamales from OMG Vegan Tamales and Aztec salsa from Mama Ruthie’s.

If you’re still feeling personally victimized by random sweet tooth cravings, CraveDFW reports that Cake Bar in Trinity Groves just added another cake vending machine — this one a second installment in addition to the first one it launched the start of the pandemic. Here’s the difference, though: This second vending machine’s got whole cakes, not just slices. Depending on the day’s selection, you can snatch five-inch and eight-inch offerings of flavors such as key lime, strawberry and chocolate.

We wont judge if you still save the whole thing to eat by yourself, though.