The Spread: The Whippersnapper Transforms Into Central Perk. 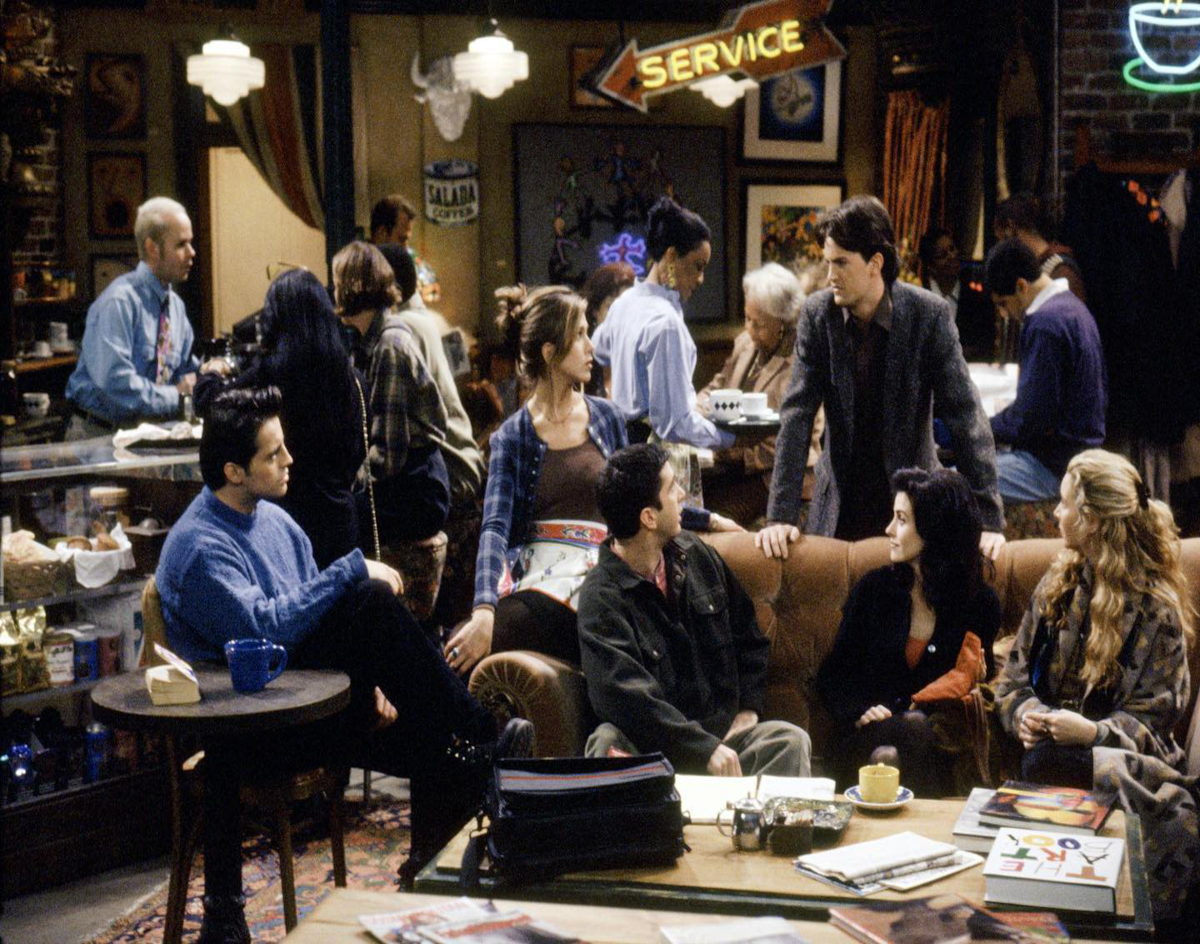 Central Perk or the Whippersnapper? Starting Jan. 20, Friends fans will not be able to tell the difference at the new themed pop-up.

From the promised nightly entertainment courtesy of local Dallas artist Johnny Freeman to the servers getting into costume resembling everyone’s favorite sitcom characters, the Whippersnapper’s spirit falls nothing short of a captivating experience for the customers at this new interactive pop-up. The Henderson Avenue Bar has a history of  reinventing its environment with various themes such as The Simpsons, Breaking Bad, and Harry Potter. The anticipation of the Friends version of the Whip is no different as it is conducted by This & That Concepts along with Tiny Victories and High Fives.

Apart from the themed dishes and cocktails, the bar will additionally be offering merchandise for purchase. Should any fans find themselves wanting a keepsake to remember the Central Perk version of the Whip, it can be purchased behind the bar. Reminiscing is key for this pop-up because it will be around for a limited time only starting Jan. 20, open Wednesday through Saturday from 6 p.m. to 2 a.m.

If you missed the “FRIENDS Experience: The One in Dallas” at the AT&T Discovery District, here’s a second chance!

Similar to Chandler in Friends, the Deep Ellum Brewing Company is pivoting in a new direction — only it’s not struggling to move a couch up a flight of stairs. The brewery is now a part of the Monster Energy drink company for a hefty price of $330,000. California-based Monster is attempting to get their foot into the door of alcoholic beverages in correlation with the franchise CANarchy, an Austin-based craft beer and hard seltzer company.

If the name CANarchy sounds familiar, it is most likely sparking a distant memory of a rather messy 2020 lawsuit between the company and the Deep Ellum Brewing Company Founder John Readon that is still ongoing.

The future of the Deep Ellum Brewing Company is unknown as it embarks with redirection of Monster energy, although the affiliating CANarchy Chief Executive officer, Tony Short, is optimistic for new alcoholic offerings.

Duro Hospitality is a restaurant group that mainly aligns itself with high-end domains such as The Charles and Sister, and is seeking more endeavors to expand their production. The hospitality group is making great strides as it plans to open three new restaurant innovations including a three-room hotel soon-to-be known as Casa Duro and a cafe market named Cafe Duro in close proximity to Sister on Lower Greenville.

The Duro Hospitality group has not specified what will fill the old Highland Park Soda Fountain location, but it is promising as the hospitality group vows to preserve and enhance the main attractions of Knox and Travis. The Knox Street project for Duro is merely one of multiple as the group plans to expand throughout the Dallas area, and we should all be excited for what is to come.

And while on the subject of new restaurants, The Flying Squirrel in Denton has become the talk of the town.

At first glance, two-dollar mimosas sound too good to be true. This assumption could not be further from the truth when you are at the new Flying Squirrel restaurant on Hickory Street merely steps from the nightlife hub of Denton.

After their successful soft launch on Jan. 11, Flying Squirrel is committed to being a late-night sanctuary open until 3 a.m. Thursday through Saturday serving “great drunk food” as said on their wild Twitter account. No really, check it out  if you want to hear about how the place is the “best glory hole in Denton.”

The menu includes comfort foods such as vegan pizza, chicken and waffles and grilled cheese. The amount of severely stressed college kids or the too far-gone partiers are going to call the Flying Squirrel home — if they don’t already based off the restaurant’s promising 4.9-star rating. If you make it up to Denton, make sure to take a picture with the restaurants mascot Lucky, the albino squirrel who is rumored to give UNT students good grades on their exams if they spot him on campus.