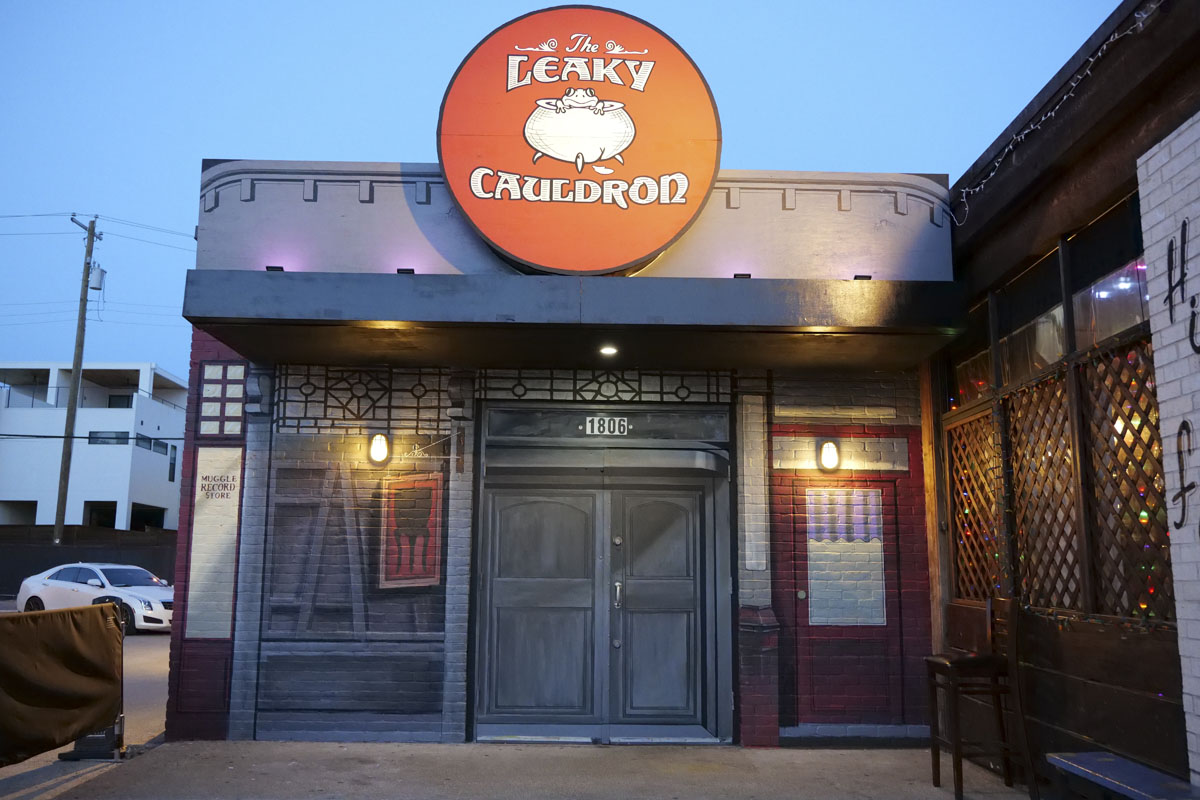 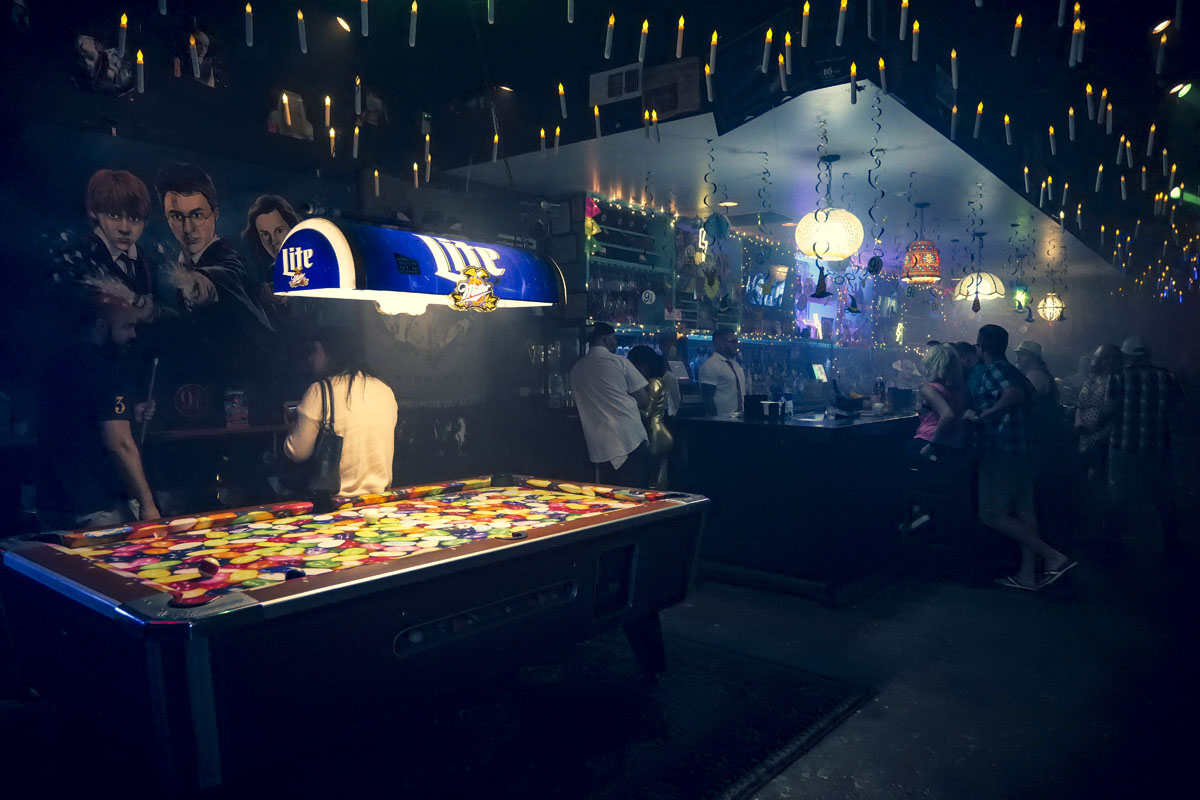 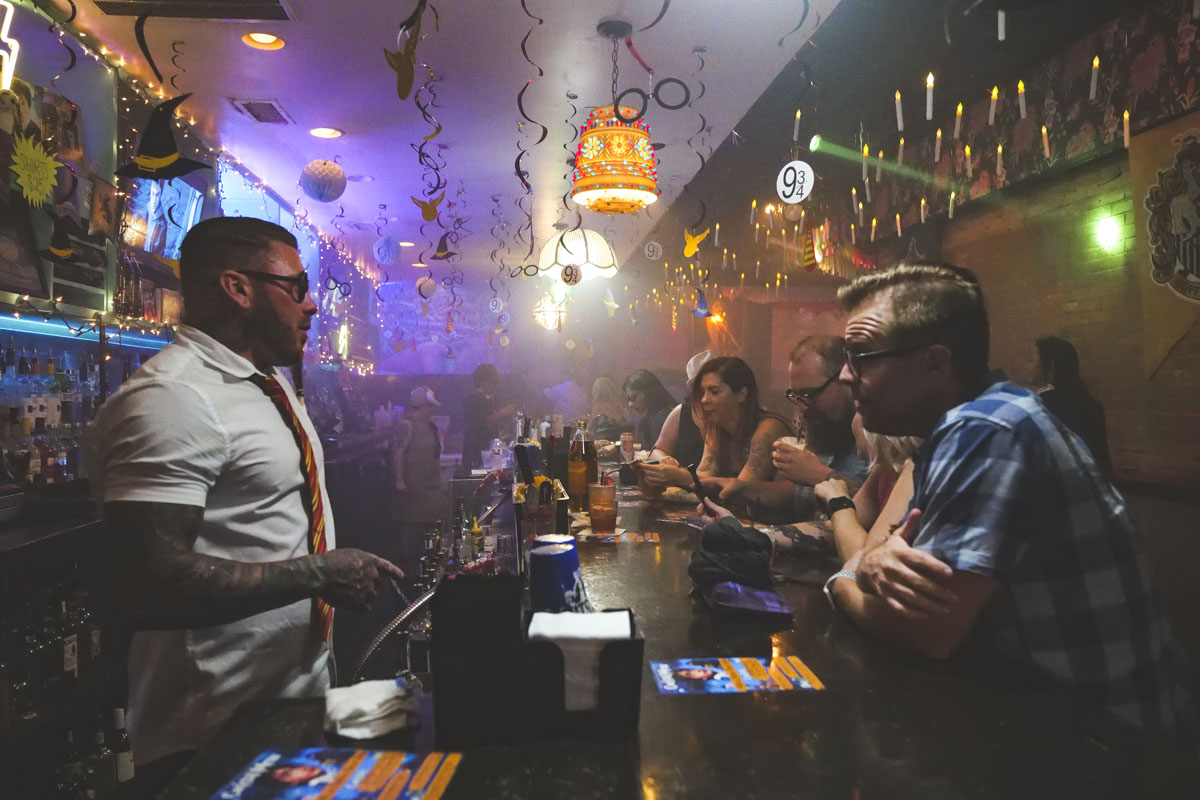 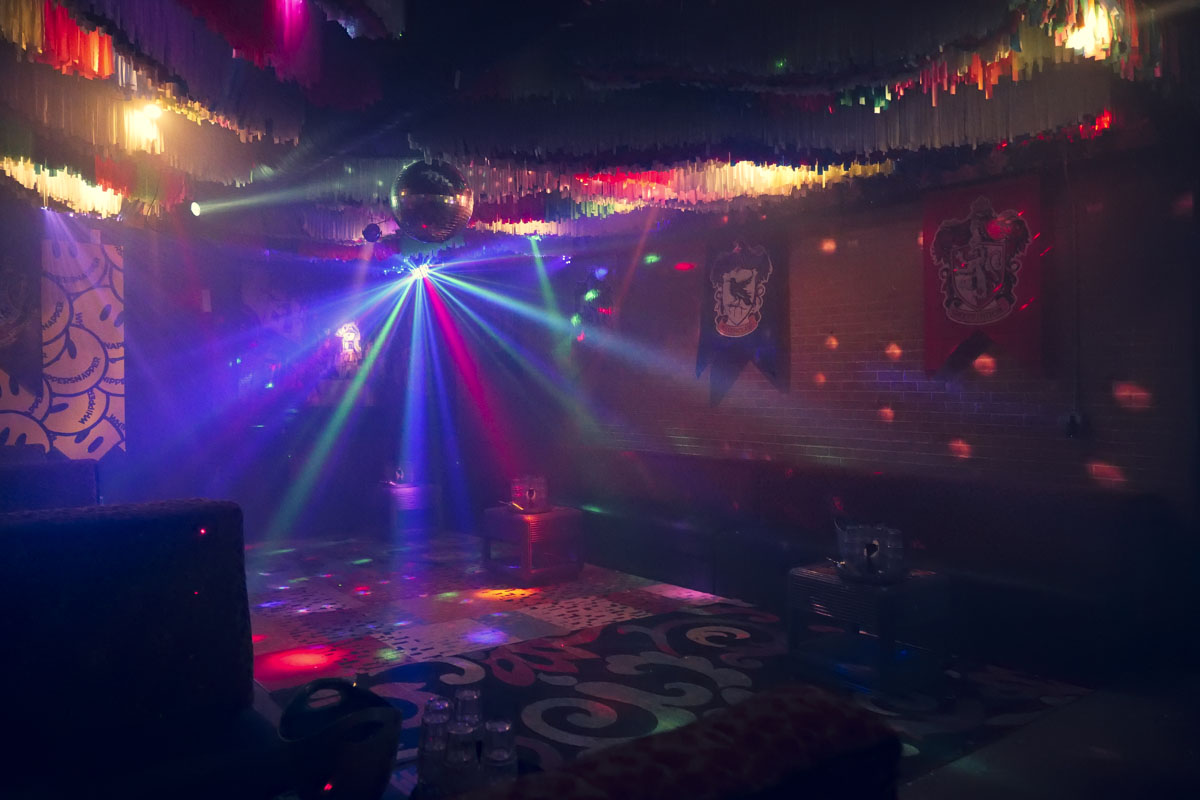 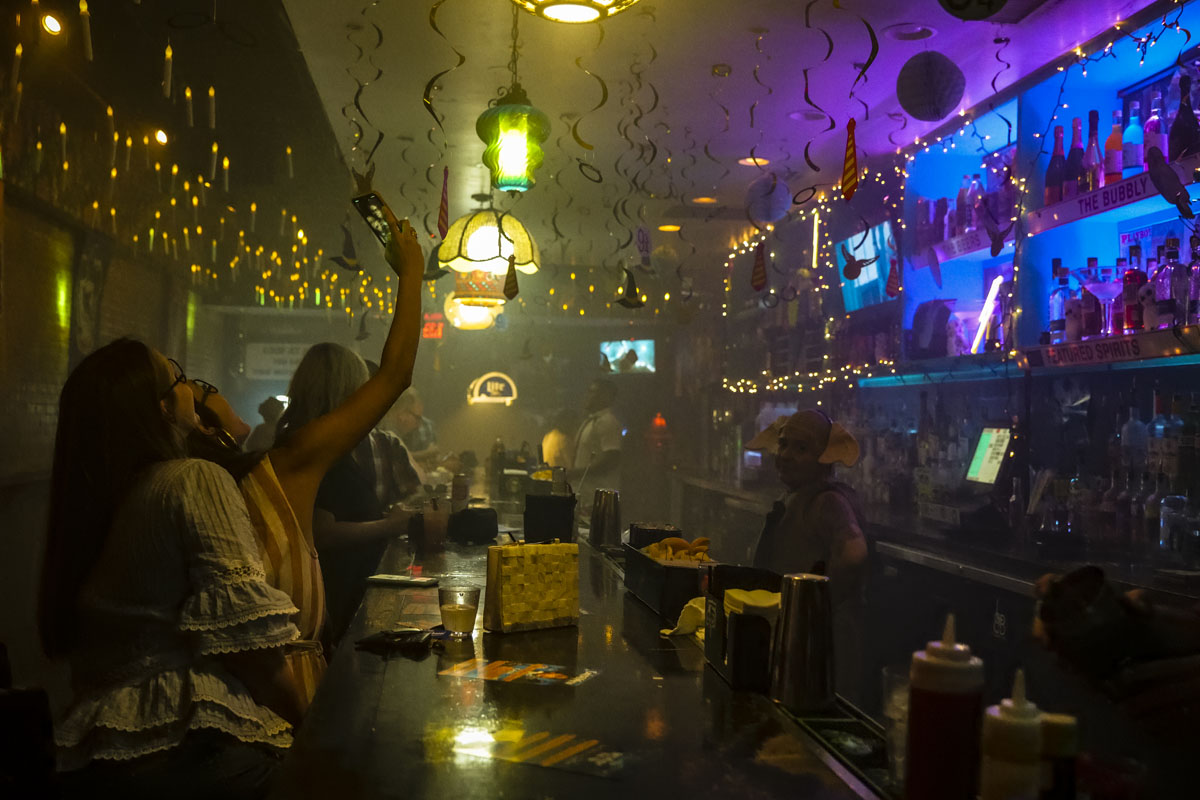 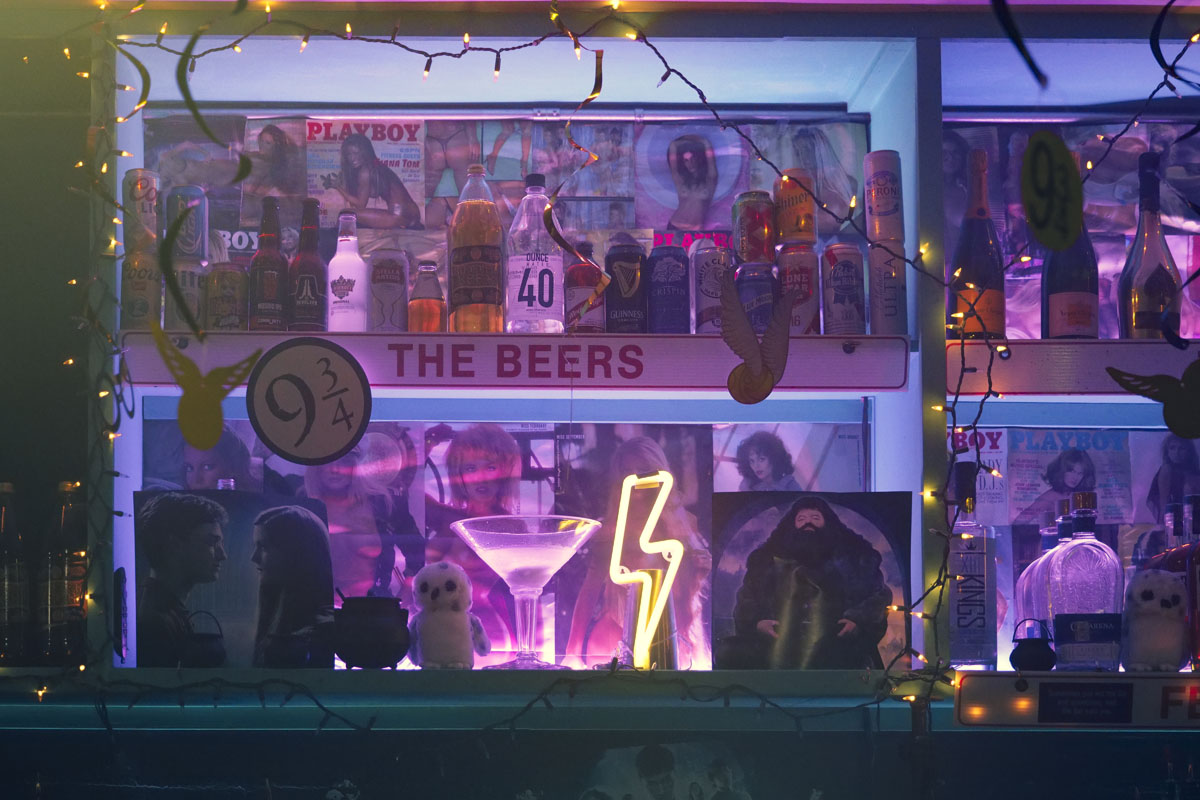 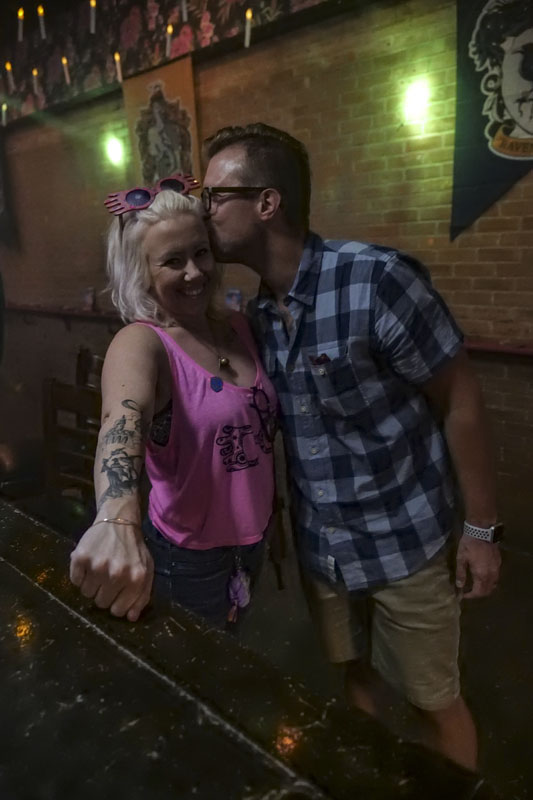 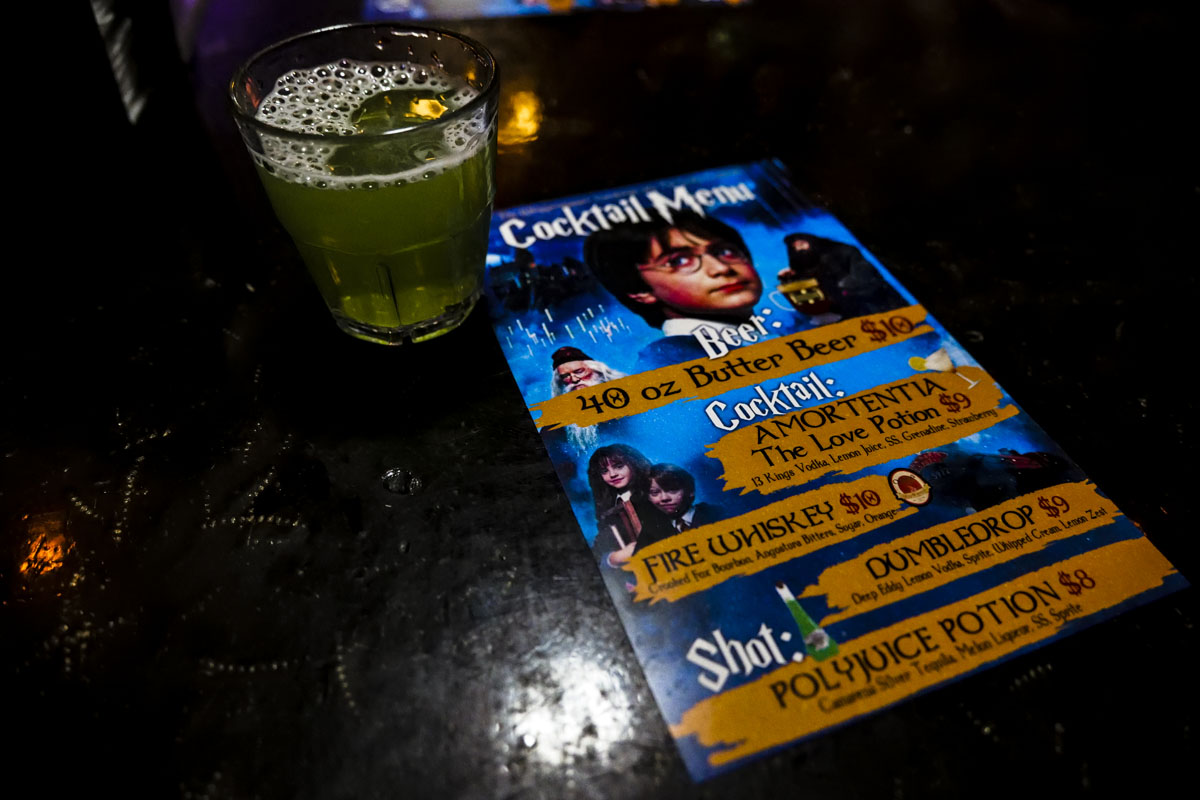 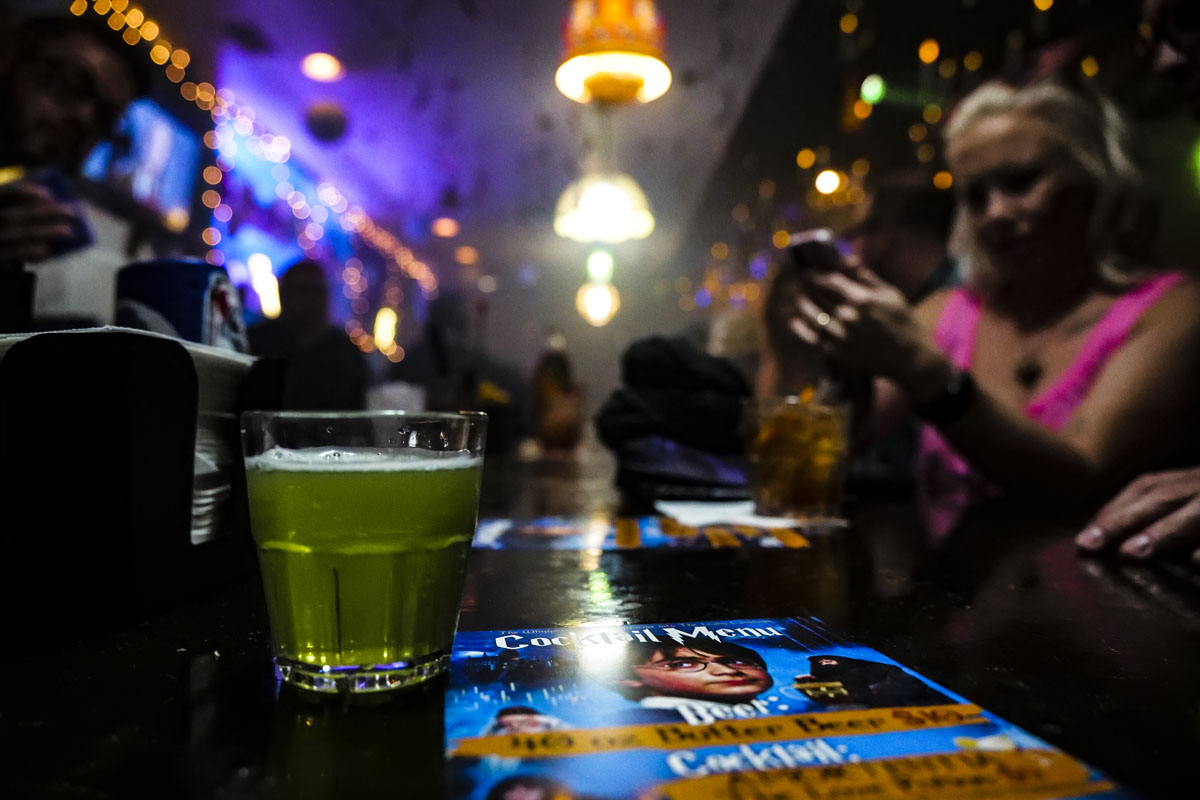 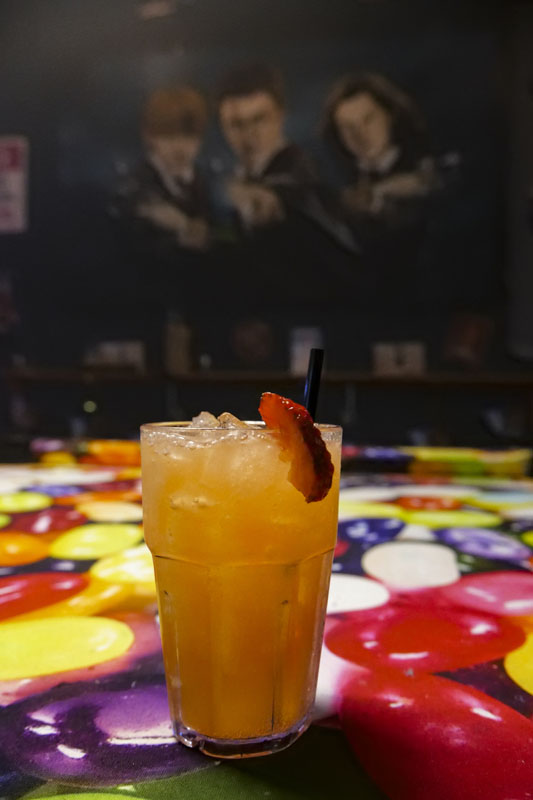 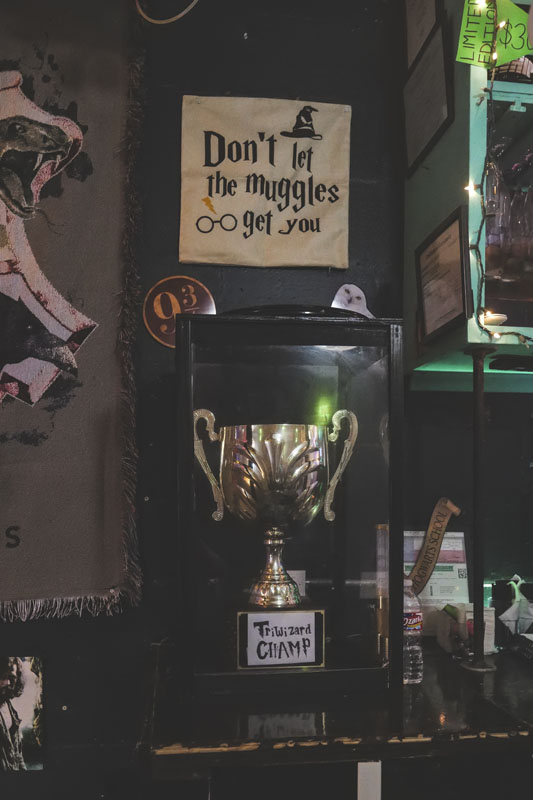 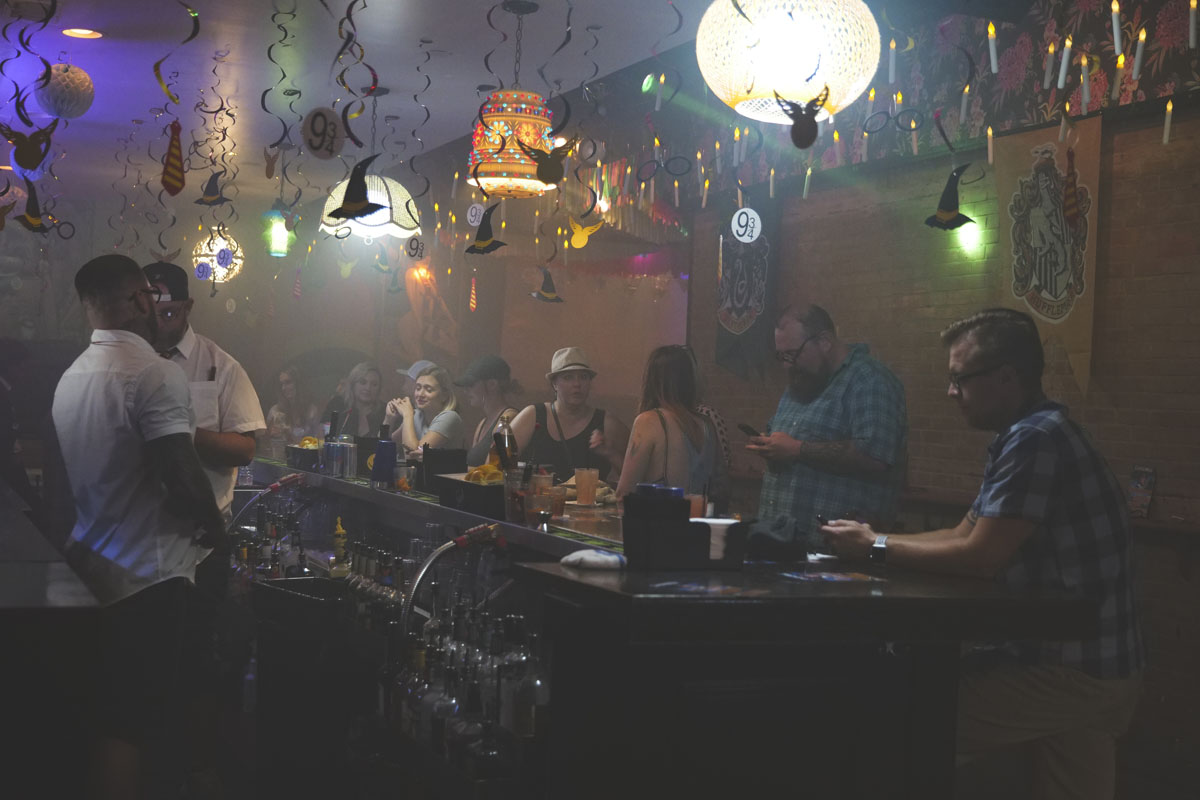 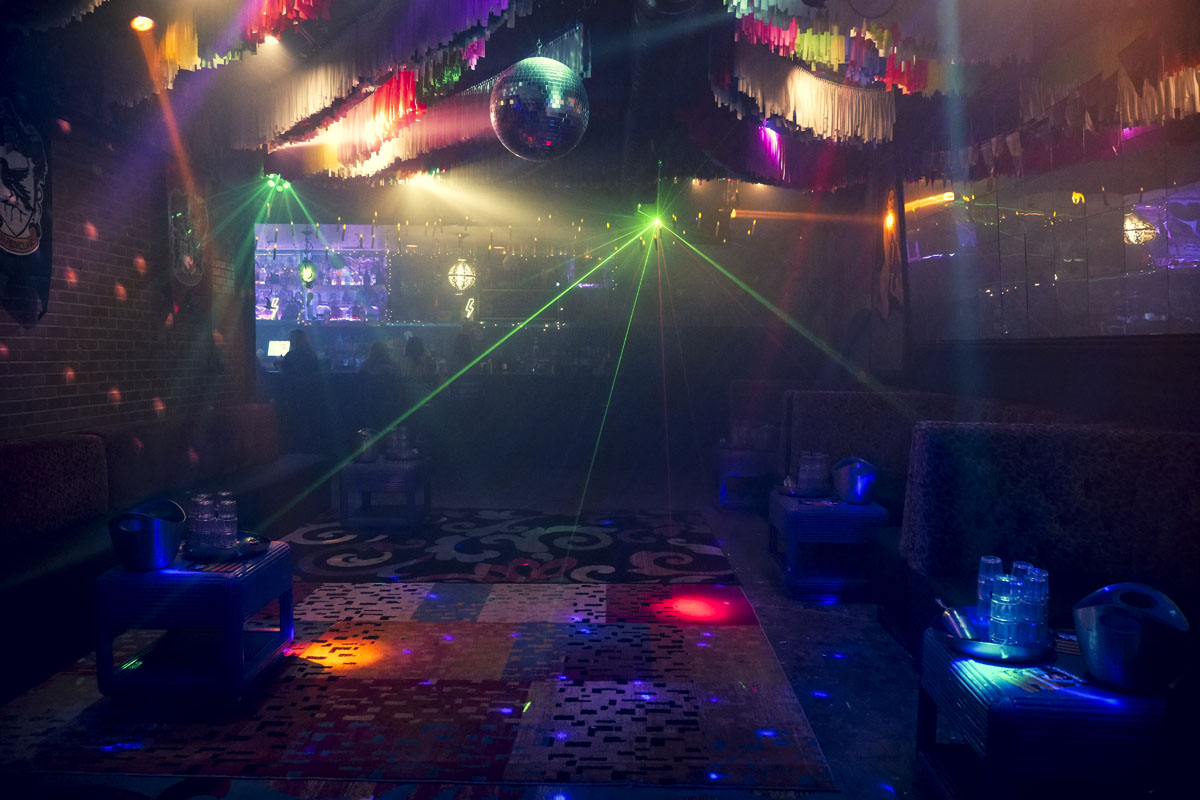 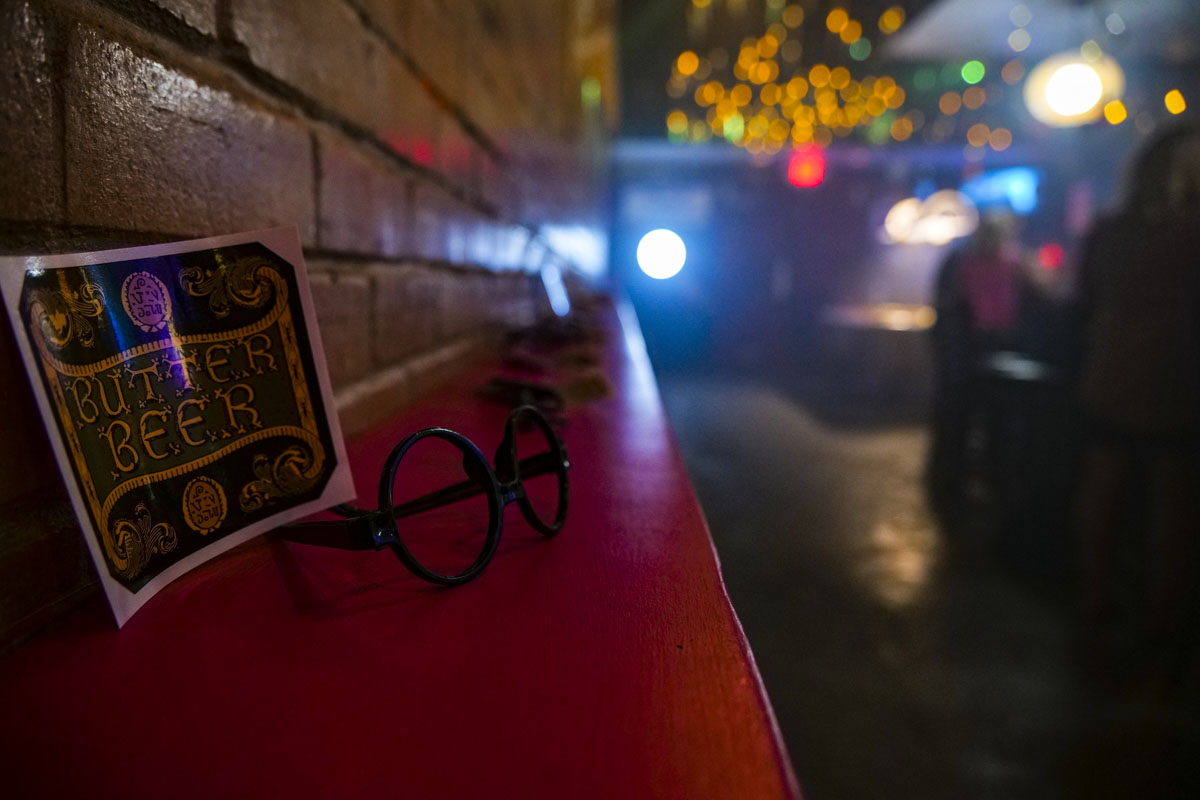 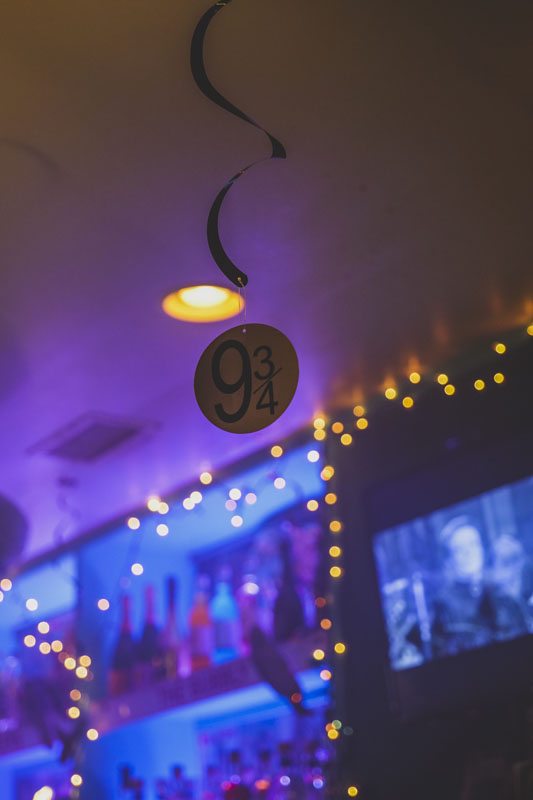 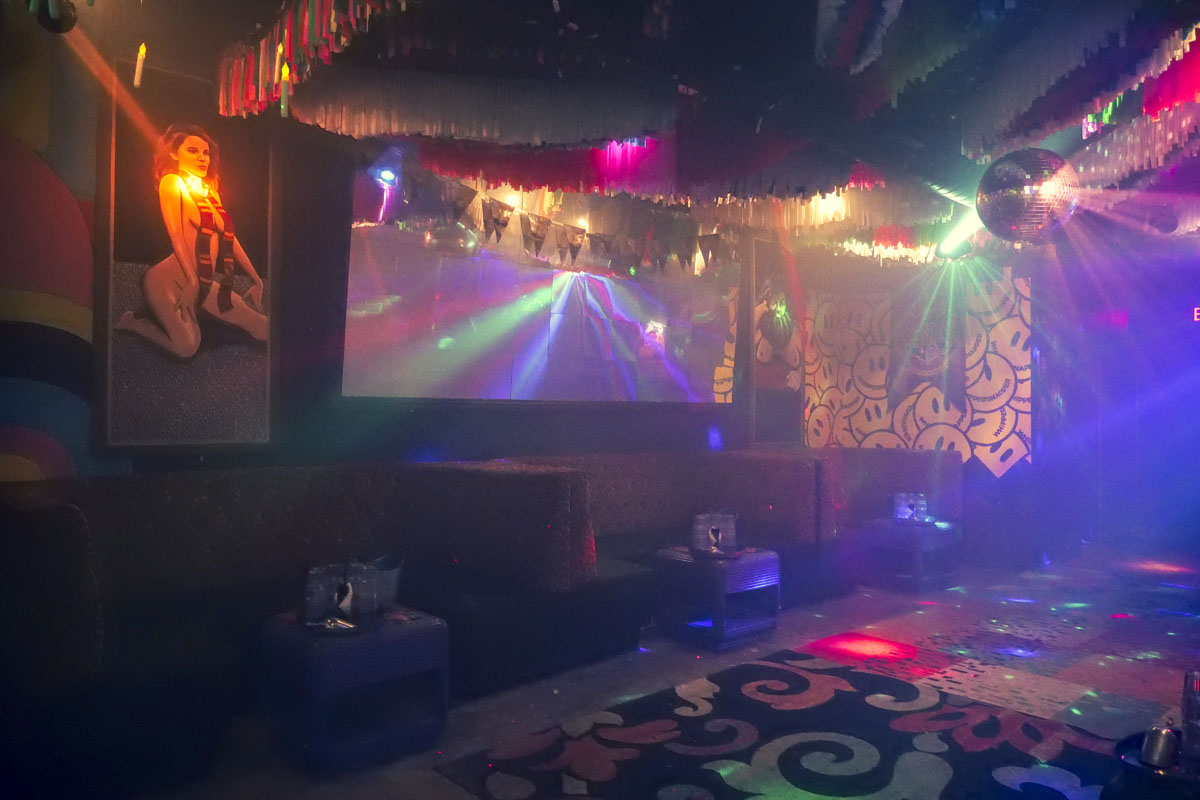 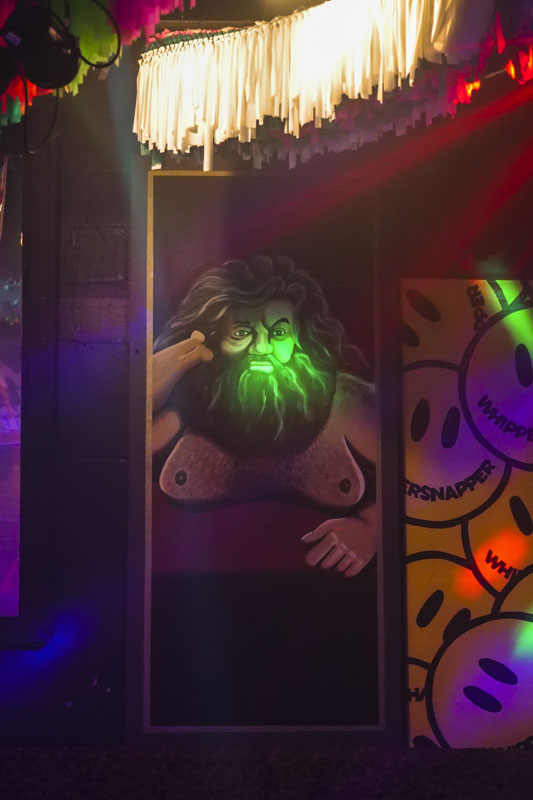 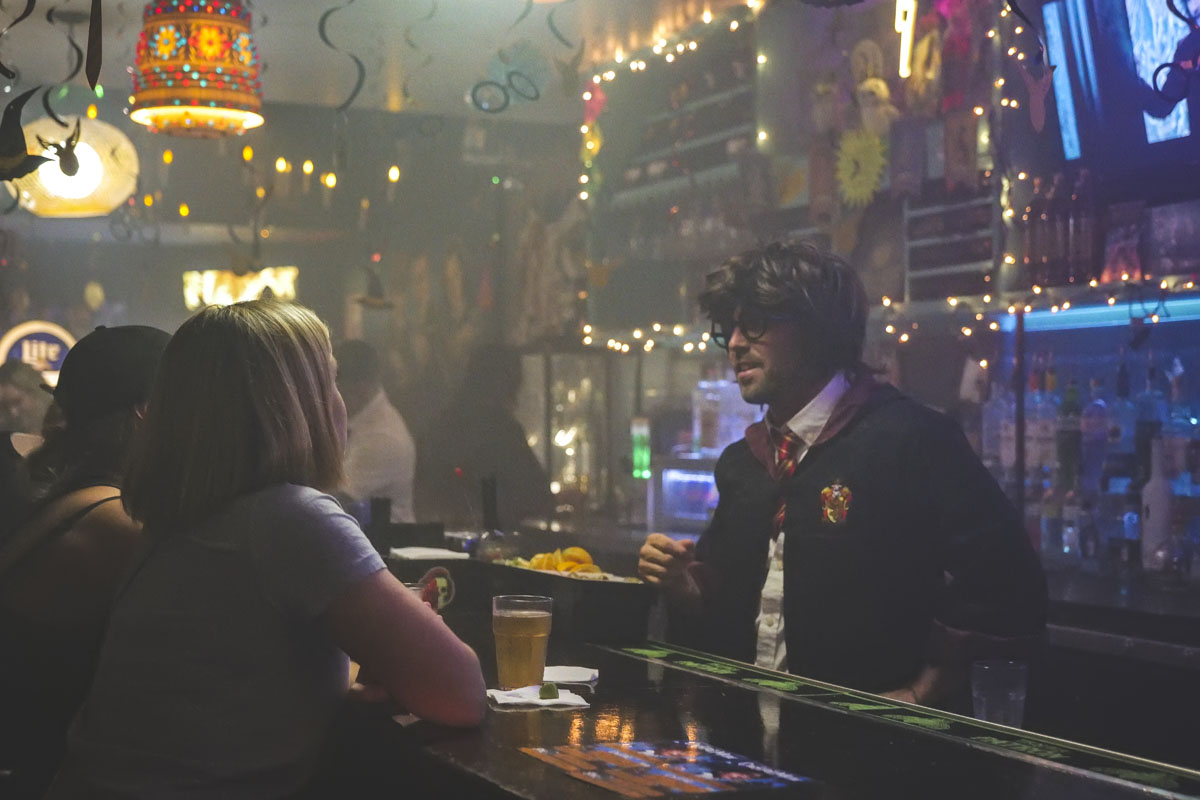 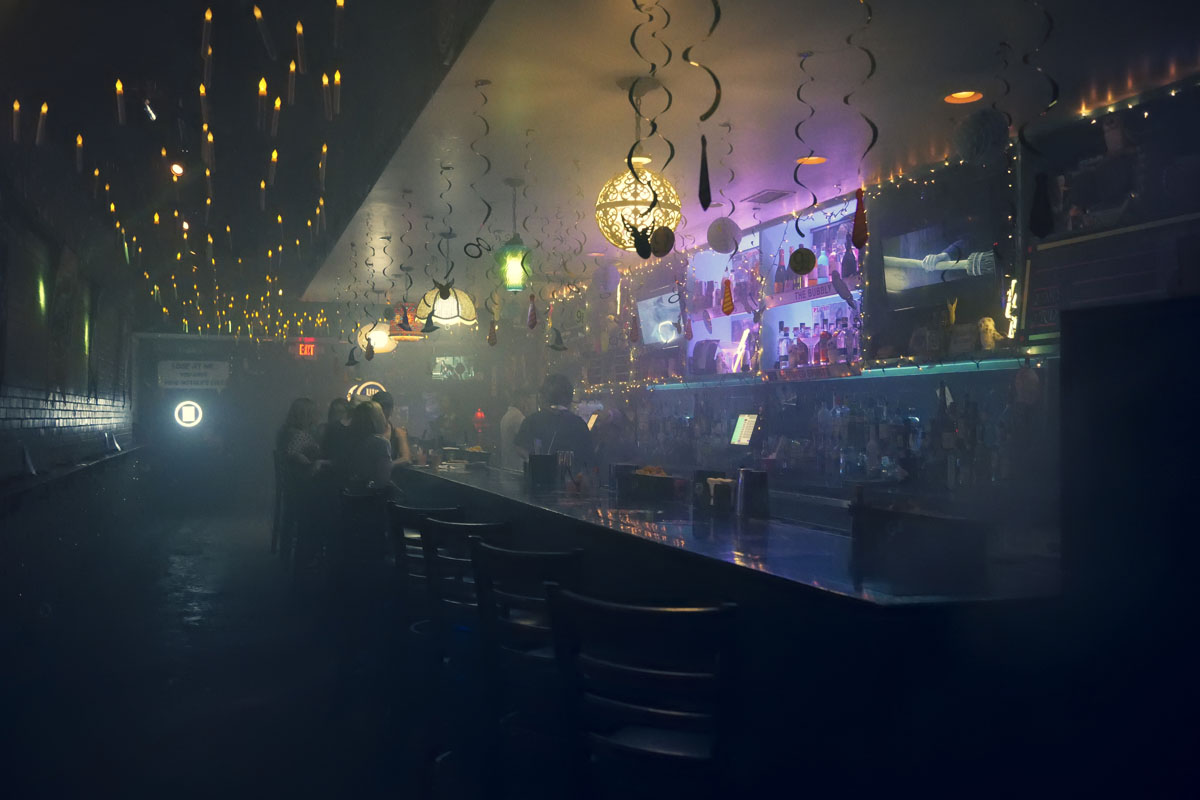 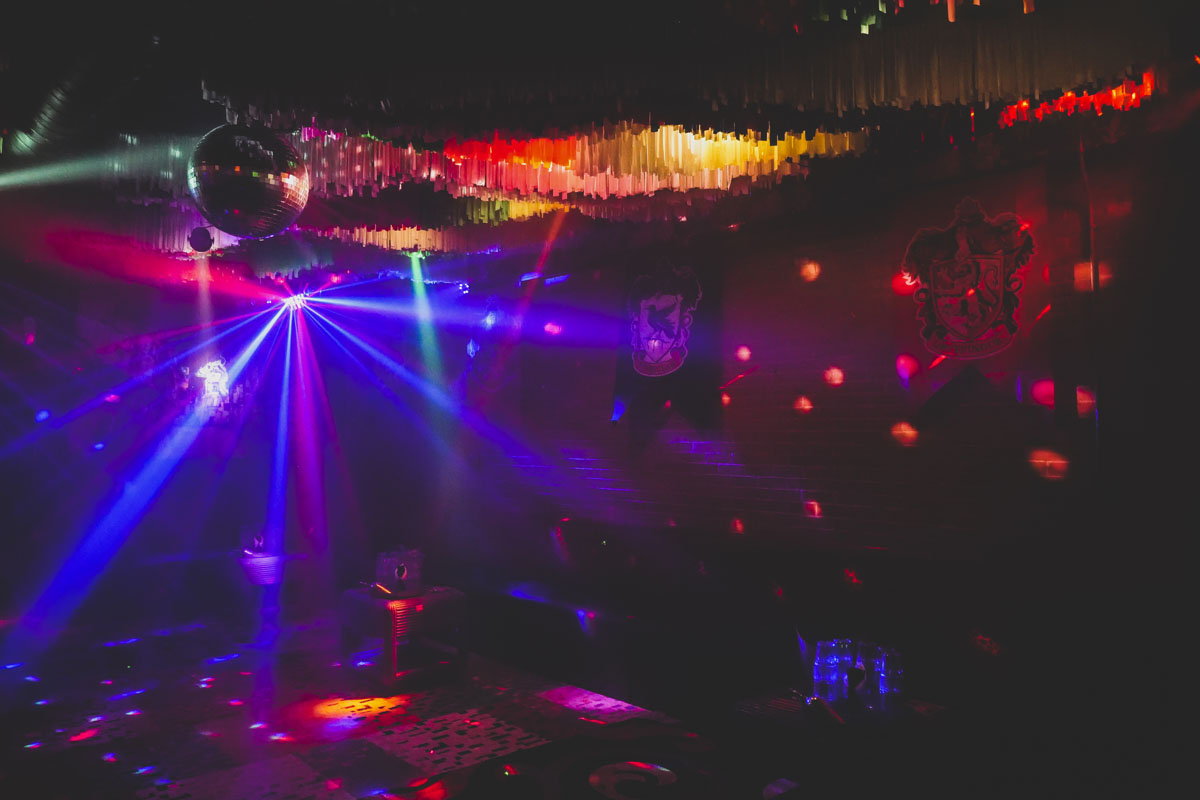 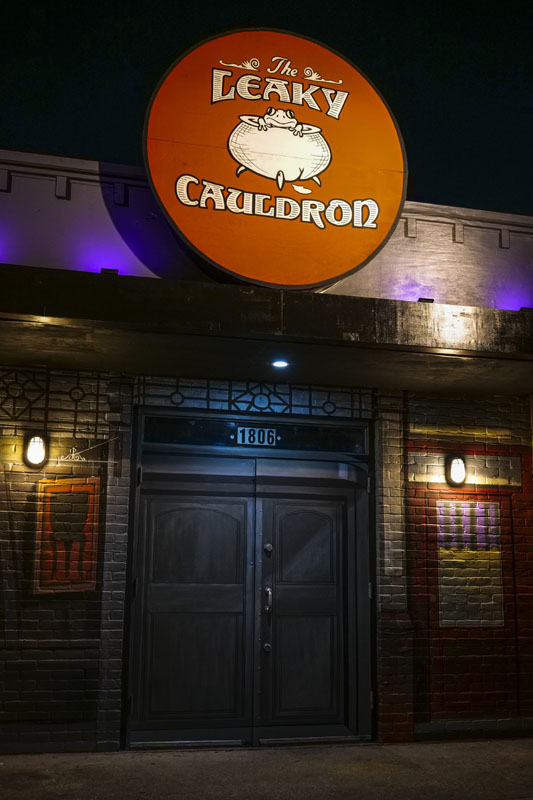 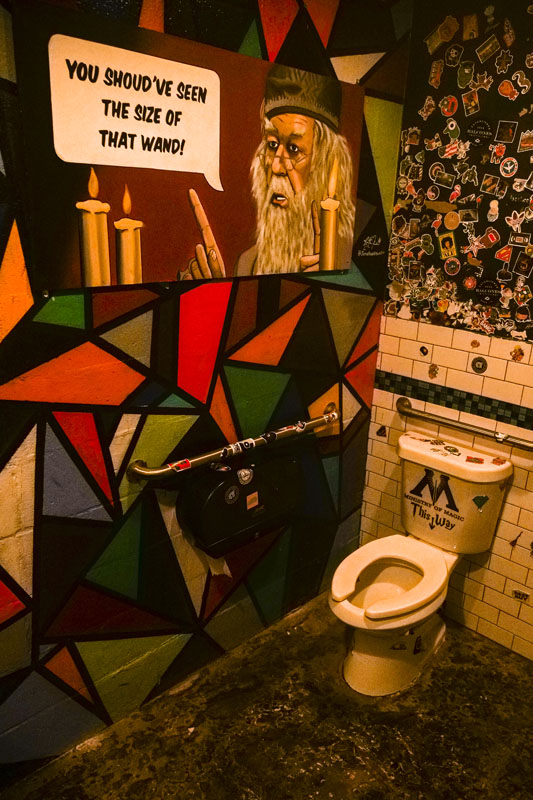 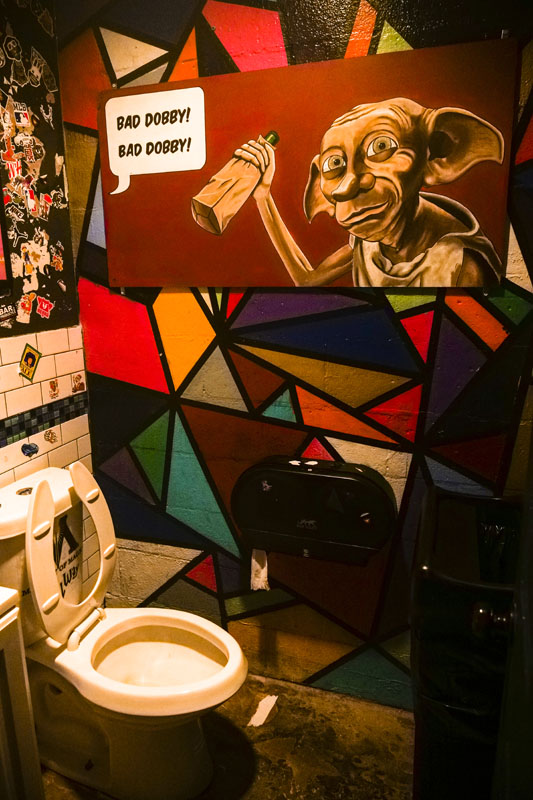 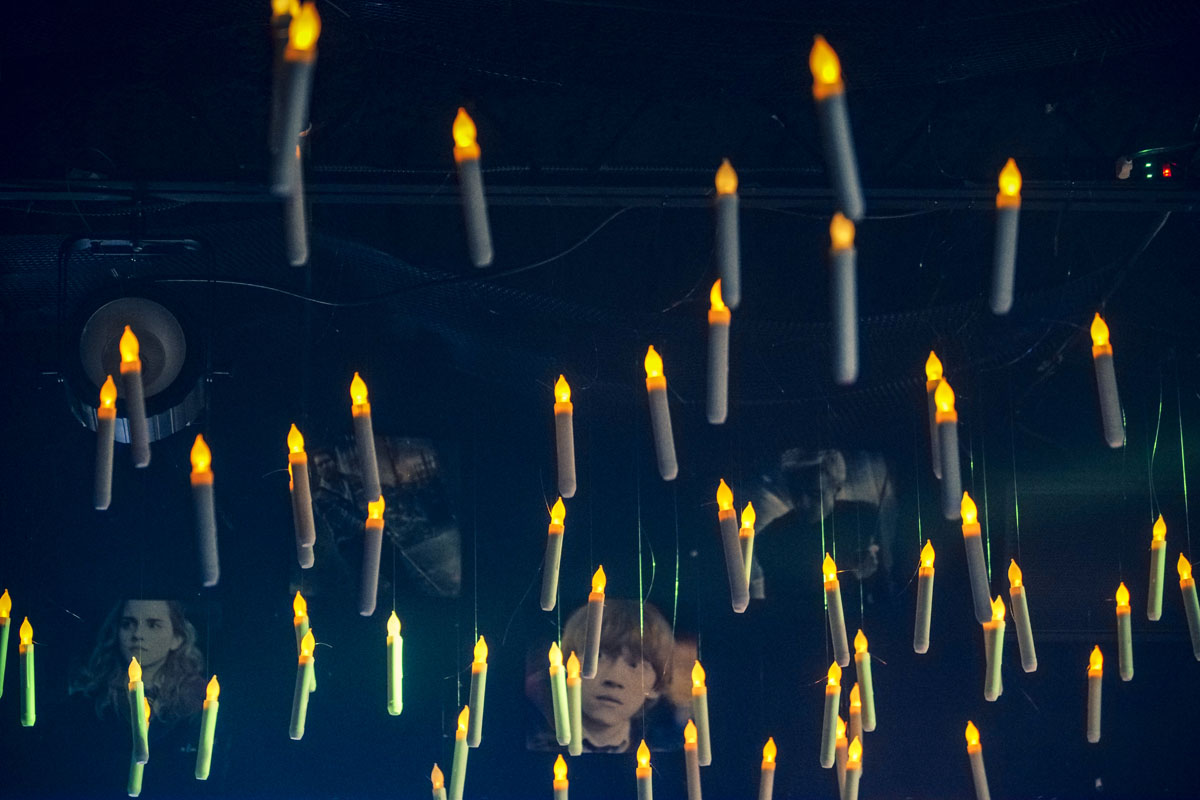 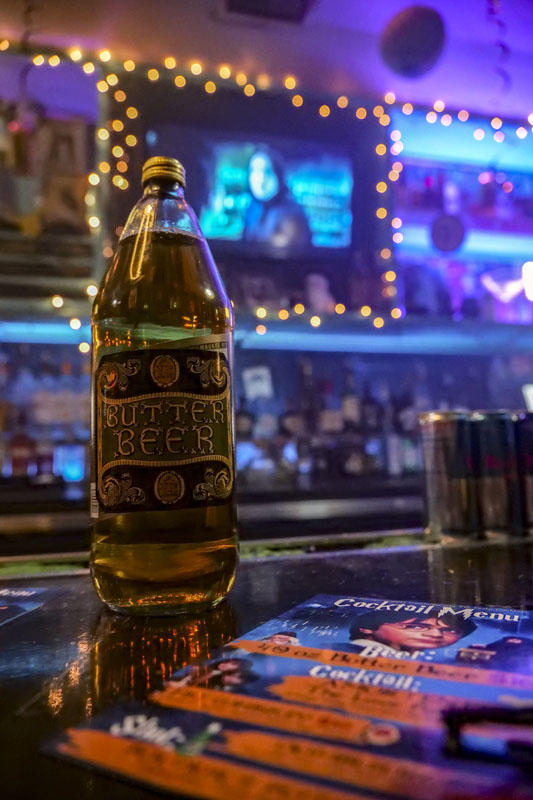 Alohomora! The Whippersnapper Latest Pop-Up — A Nod To Diagon Alley’s Leaky Cauldron — Is Officially Open For Business Through Saturday, September 7.

As we reported earlier this week, the just-off-Henderson-Avenue watering hole The Whippersnapper has undergone a bit of a transformation.

Just in time for the Dallas arrival of the the Harry Potter fan convention LeakyCon, the bar has once again switched up its identity and temporarily morphed into a knockoff of the book series’ famed hangout, The Leaky Cauldron.

Last night, the pop-up softly opened to friends, family and members of the media, who were given a sneak peek into the theme the bar will operate under through Saturday, September 7. Much as the establishment did with its Family Guy-inspired Drunken Clam pop-up from earlier in the year, The Whippersnapper has wholly embraced its new aesthetic — both on the inside and out — turning itself into a destination where you can sidle up to the bar, order a 40-ounce Butter Beer, watch a quidditch match and forget all about those Dementors that have been chasing you all day long.

There’s much more going on here than a few Harry Potter decorations from Party City being hung on the wall, too.

The first thing you’ll notice upon arriving to the McMillan Avenue establishment is its upgraded exterior, which includes a Leaky Cauldron sign hanging above a freshly painted front facade. Once you walk through a thick fog that’s being pumped into the spot by the entrance, you’ll see an entire staff dressed up in full cosplay as it serves you custom-themed cocktails and food items. (I’d suggest starting your night with a Polyjuice Potion shot, although the Amortentia Love Potion cocktail is a winner as well.)

Other details similarly impress. Hundreds of “floating” candles that line the ceiling, and lighting the curated art that adorns the walls. (Good luck avoiding eye contact with one particularly sexy Hagrid portrait will probably be burned in your memory for an inordinate length of time.)

My only real disappointment was that there was no actual magic on display during my visit. But with a month of operations ahead, and promises of nightly entertainment in the pop-up’s social media promotions, maybe The Whip will indeed be bringing some magicians into its action soon. Here’s hoping, anyway.

The Whippersnapper’s Leaky Cauldron pop-up is open from 6 p.m. till 2 a.m. each Wednesday through Saturday until September 7.