[Q&A] All The Sides Of Kinsley August. 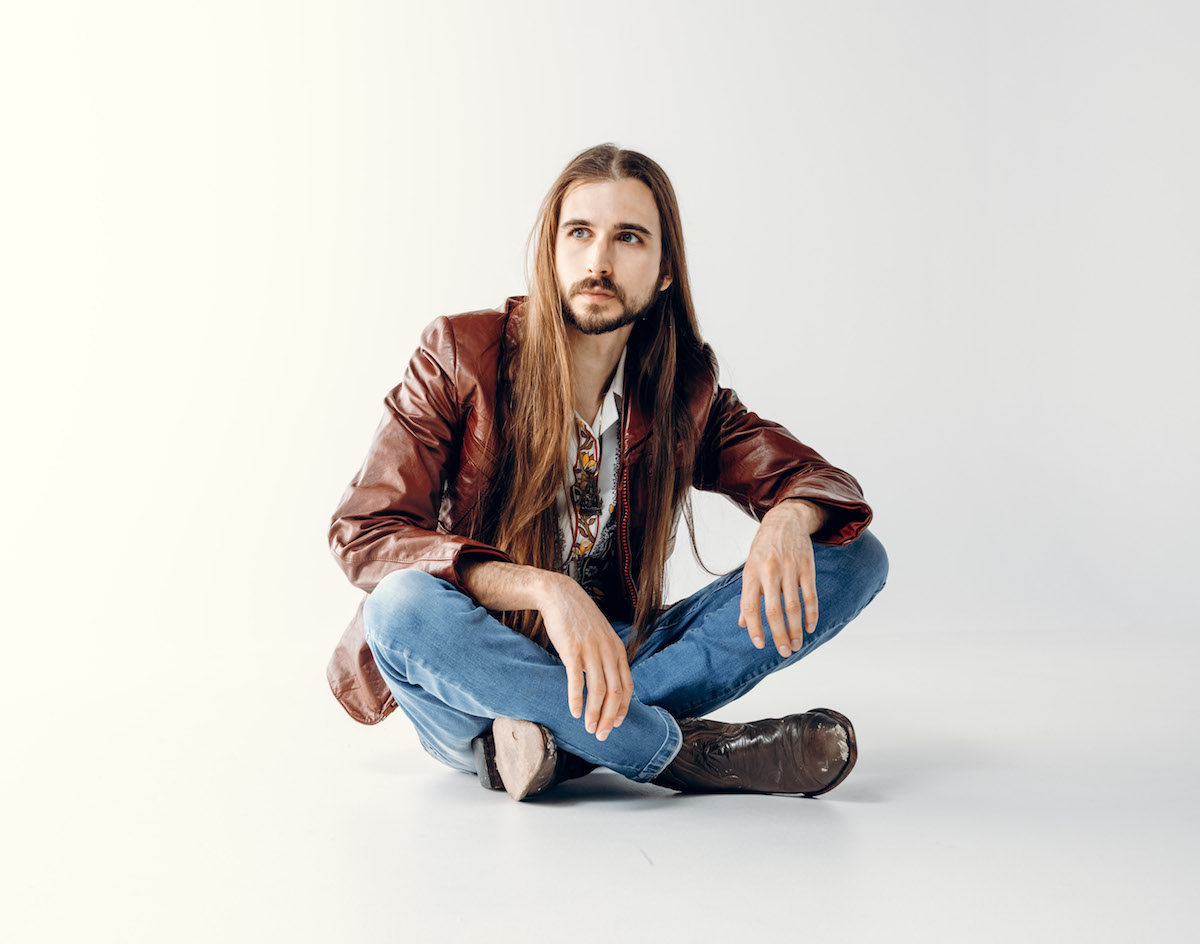 Ahead Of Upcoming Releases And Shows For Both Land Mammal And His Solo Work, We Spoke To August About His Music Career Thus Far.

Dallas-based artist Kinsley August has two very different sides with his music. As the frontman of Land Mammal, it’s more of a Black Sabbath/Blue Cheer psych hard rock band. As a solo artist, he is a synth-wave sound like Tame Impala. We wanted to know where this all comes from.

Here at Central Track, we have not kept our admiration of his work a secret. Not just because he does a variety. It’s that the variety is so strong. Take a listen to his latest single “Lavender” for proof.

Ahead of a new solo single (out late next month), a solo show at the Art Center Theater in Plano on February 25 and Land Mammal’s Slow Your Mind album release show at Swan Dive down in Austin on April 2, Kinsley talked with us about his upbringing, how he makes his music and what he hopes for in 2022.

What is your background? All I know is you’re from Dallas. Were you born and raised here?

Yeah! I grew up in the Richardson/Garland area. I always feel like I represent Dallas because that’s where we play our shows and where we grew up busking or jamming with people. The love is all for Dallas and North Texas in general.

I moved to Plano [when] my mom started teaching classes at a community theater. I got some volunteer work done there. Slowly I got into theater as a kid. I was homeschooled growing up, and I toured around with different schools before being in children’s theater and musicals. Things like that.

Before Land Mammal and your solo stuff, did you play in a variety of bands when you were a teenager?

The first band I joined, I was 14 or 15, as a drummer. That was because I bought a drum set at a garage sale. I had no right being in a band. I don’t think we played shows. We did little home recordings. That led into other bands and just jamming with people.

I did a few shows on the road. There was this progressive rock – kind of Christian – alternative band when I was 17 or 18. I had always written songs and poems on my own at home. That’s been a stress reliever that relaxes the mind, feel good about life. (laughs)

I always wanted to be in bands. What’s funny is, my friend’s wife reminded me recently was when I was 8 years old, we were on a mission trip in Mexico. She asked me what I wanted to be when I grew up. I told her I wanted to be a rock singer in a famous band. [Laughs] I don’t remember saying that, but I do remember as a kid often going into my parents’ bedroom and telling them, “You’ll see! I’ll prove everyone wrong! I can do this!” And they were like, “No, we believe you.”

I don’t know why, but ever since I was a kid, I’ve had the vision of doing music and not necessarily knowing what it would be. So I’d join bands and find my spot and just try to figure out what it all meant.

With the sound of your solo material and the sound you do with the band, it seems like there are two different sides you want to get out. Is that a safe assumption?

Yeah! Music is an expression of everything we take in, the lessons we learn and the emotion, the drama, the highs, the lows. So to me, making songs from genres of all kinds has always made sense.

One of my musical heroes is Frank Zappa. I love the craziness and there are no rules or boundaries for him, as far as what he did with music. Now, our music definitely doesn’t sound like Frank Zappa but respecting those artists that would take chances or didn’t really care about the sounds they were doing.

Is it coincidental the solo material and the Land Mammal stuff is coming out around the same time? Has it been in the works for a while and you’re just now putting it out?

It’s more coincidental. I’ve got a good-sized DropBox of stuff that I’m waiting to put out. I put that out when I feel it’s the right time to put that stuff out. I don’t really know the strategy, to be honest, behind that.

Land Mammal, we’re on a much tighter schedule. We have planned out rehearsals, designated duties throughout the week. There are things we do with that band a little bit differently. That’s more of the music business side, and I’m trying to learn to apply that more to my solo work.

A friend of mine, Phillip Smith, said “When you’re an artist, you take your music and make it this nice, beautiful thing, take it and put it in a cupcake box, to serve out to people.” [Laughs] Otherwise, no one can receive it.

The majority of my time is spent writing every day. I have since I was a kid, and I’ll continue to do that forever. Lately, it’s been a lot on keyboards. Before that it was acoustic guitar. Before that, it was pen and paper. Now I do all three. That’s always going to be my focus, because that’s what brings you happiness. The actual music part.

I can properly announce the Land Mammal’s debut vinyl release show on April 2nd at Swan Dive in Austin. We’ll be doing a show with the Heavy Eyes and High Desert Queen. That’ll be fun.

As far as my plans for my work, I’ll be putting out more singles. I’d like to put out a third album. I’m having the issue of when I put out long, full albums, they go under the radar and get missed sometimes. Because of how many songs are released everyday and algorithms, I found that releasing a song and letting it breathe, trying to get some support.