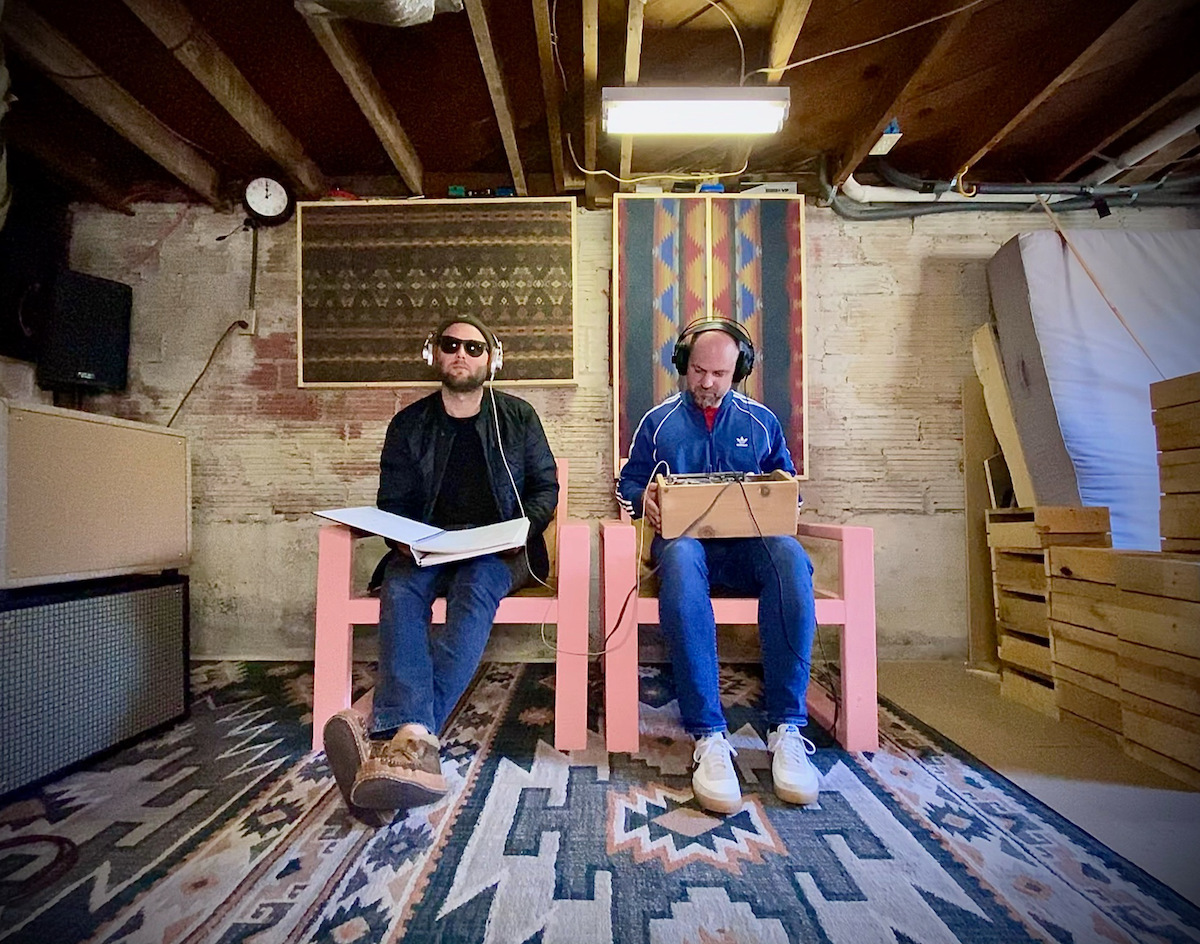 Check Out This New Track From The Minds Of Oil Boom’s Ryan Taylor and The Orbans’ Kenny Wayne Hollingsworth Before It Streams.

Yeah Huh – “Just Keep It Real”
RIYL: the Niles City Sound
What else you should know: Oil Boom was a beloved band around here, and we’re extremely honored to exclusively premiere a new song from former Boomer, Ryan Taylor.

His new project is called Yeah Huh, which is in collaboration with Kenny Wayne Hollingsworth, a former member of The Orbans who is now playing with Leon Bridges. The single will be available on all platforms tomorrow, but you can hear it only here today.

“Just Keep It Real” is an upbeat tune driven by jabs of spacey guitar with a straightforward shuffle of bass and drums. Add in some tasteful synth on top, and you have the ingredients of a promising young band. It has a White Denim vibe with shades of Spoon, in the best ways.

Originally formed in hopes of playing live shows, Yeah Huh has stuck to being a recording-only project (for now) because of this damn virus. (Their first show of the year is scheduled to happen next month at MASS.) Taylor tells us it starts with him on vocals and guitars using GarageBand, then it’s sent to Hollingsworth. Hollingsworth then tracked live drums with Jordan Elder. Redoing the vocals before it was sent to the mixing and mastering stages, you now hear the results.

A three-song EP is forthcoming, but a release date is not certain at the moment.

As for other plans for the year? “Stay alive for starters,” Taylor tells us. “The goalposts keep moving.”

A big factor is Hollingsworth’s availability.

“Since Kenny will be touring with Leon, we will have to do shows around his schedule, but that’s totally fine,” Taylor says. “We played two shows total last year, so I guess playing three would be a reasonable goal. Beyond that though, I’d like to see us continue to challenge ourselves in how/what we write and in experimenting with how we record. This has been a great collaboration experience so far with everyone that’s been involved. I feel like we are all able to complement each other really well.”

In hopes of sharpening up their mixing and production skills, there is more to learn. And room for more people to work with.

“If we could do everything in-house at some point that would be ideal,” Taylor says. “Though it’s also great to work with others and collaborate with new people, so that door is always open as well.”