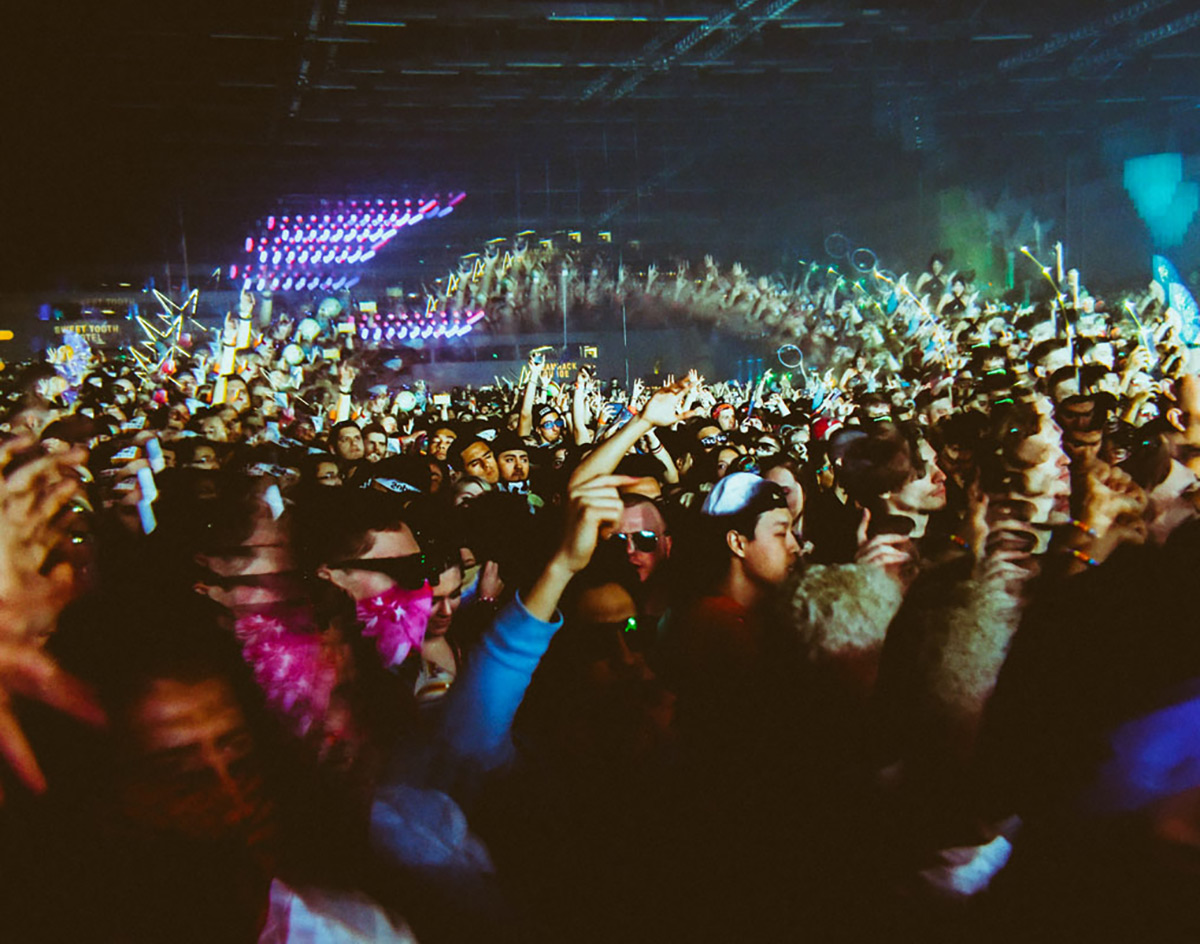 This Week In Dallas, You Can Just Drop In With White Denim, Experience Lights All Night, Understand The Assignment With Tay Money & More.

Hope everyone had a lovely Christmas and are feeling good about entering the last week of 2021. And now…the weather.

Yeah, in this week’s Things To Do we’re resorting to talking about the weather — but good God Christmas was 80 degrees and that cannot be ignored.

In a forecast last week, Fox 4 said this year’s Christmas could be record-breaking, predicting a high of 82 degrees, which it indeed ended up being. The warmest x-mas day we’ve had in Texas was in 2016 at 80 degrees. Blame La Niña, which brings drier and warmer winters.

That night, a cold front blew in and cooled everything down at night, but the hopes of a chilly holiday season are for not because it’s heating back up again today. For the rest of the week, expect temperatures to not fall under 69 (nice) degrees. This can be good news for those who are partying outside or on rooftops for NYE, but we at Central Track want to wear our cute sweaters.

Once we’re in 2022, it should start feeling a little bit more like winter.

Knock on wood this upcoming February isn’t as catastrophic as last years — AccuWeather predicts that while we’re going to get real cold come late January and February, it shouldn’t be of the same scale as 2021.

So, prepare to bundle up, Dallasites. But enjoy the last of 2021 in the sun in the meantime — here are some ways how. If you’re on the hunt for NYE celebrations specifically, we direct you to a dedicated list.

Mike Zito, Jim Suhler & Monkey Beat at Kessler Theater
Suhler and his band have been working for over two decades, reaching worldwide with their blues and roots music but remaining based in Dallas. Zito is just as seasoned of a musician, releasing his first album Blue Room in 1998.

Panic at Granada Theater
A very ’80s evening of The Smiths and Depeche Mode. Headlining is Panic, a Smiths and Morrissey tribute act based in Dallas. Also preforming is Depshi, which will provide your Depeche Mode needs.

Lights All Night 2021
The beloved EDM festival is returning after a gap year. We’ve covered the excitement in the past, and have already given you this year’s lineup. If you’re not at Lights All Night then where you at?

Toadies at Billy Bob’s Texas
One of the most successful DFW bands, Fort Worth’s Toadies broke out during the ’90s with their grunge sound and we’ve loved witnessing the journey.

White Denim at Tulips
Hailing from Austin, this band blends prog rock, funk, jazz and psychedelia, which is a recipe we just can’t get enough of. Also featuring Ottoman Turks, Matthew McNeal and Cut Throat Finches.

Tay Money at The Studio at The Factory
She understood the assignment. The Dallas native has the internet in a chokehold with her viral hits “The Assignment” and “Bussin.” We love to see it.

Parker McCollum at Dickeies Arena
Born in Conroe and currently based in Austin, this country heartthrob’s discography is all about Texas, breaking out in 2015 at the age of 22 with “Meet You In The Middle.”

The Shimmer Show at Samuell-Grand Amphitheater
Enter the circus tent for a late-night burlesque show with a comic twist. The R-rated fun includes a variety of acts.

Hank’s Hangover Ball at Hank’s Texas Grill
After NYE, you’re going to be feeling some type of way. In the evening, peel yourself from your bed and keep the good times going at country show featuring The Whites of Texas.

Briston Maroney at Trees
The 22-year-old singer-songwriter from Nashville is inspired by life’s trials and errors. Lately, he dropped the summery music video for the feel-good “Hold On For Dear Life” with Adam Melchor.