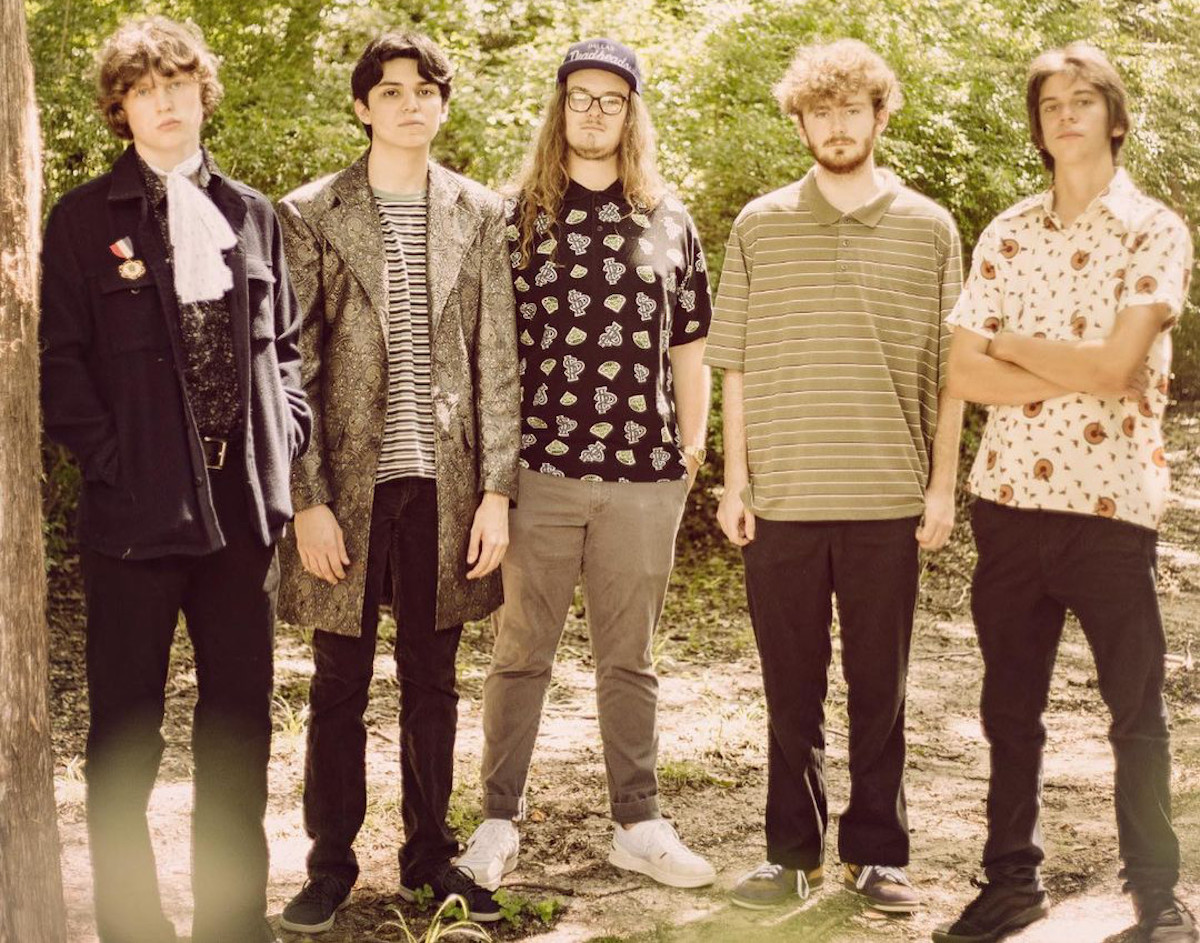 The Newest Music Video From This Dallas Modern Psych Act Is Mega Trippy, Imaginative And Will Make You Long For Your Childhood Summers.

Ego Jones — “Unbound”
RIYL: Laying in the grass and finding shapes in the clouds.
What else you need to know: Dallas-based Ego Jones began as a project of multi-instrumentalist/producer Jude Holland, and guitarist/vocalist/songwriter Gabriel Garcia. In 2020, it released its debut album Fluoressence and added Fishing in Japan guitarist Landon Headstream, bassist/guitarist Jackson Zemler, and producer/saxophonist Ethan Lacey to the mix. Now with another LP on the way, the group released its first — and very fanciful — music video.

“Unbound” is a taste of what’s to come for this young band, and if its next album is as delightful as this first single, we’re excited about this trip.

Following the path that’s been weathered by the likes of Pink Floyd, The Flaming Lips and Tame Impala, Ego Jones is continuing the modernization and preservation of psychedelic rock. Its sound is incredibly fun with spacey soundscapes, groovy guitar riffs and lyrics that sound like they came from a mushrooms-fueled journal entry.

Holland provides the vocals on today’s track and takes on that sleepy, muffled sound that is typical with this genre. It’s a style that blends well with the music — instead of the instruments working for the singer, they’re harmonious and complement each other. Listen to it with headphones, and it tickles your brain.

“The wind outside/Has found its way into my head,” Holland croons. “I felt the sound of waters breathing/’Wake up’ it cried / I heard the sky and flowers bleeding.”

With such poetry, equally multicolored visuals are in order — which director Ethan Tinsley delivers. Throughout the video, our subjects frolic through the suburban wilderness, see psychedelic visions and face off with bird-men until Holland becomes some sort of Midsommer prince of the woods. With glimpses of homes in the background of some shots and the youthfulness of the fresh-faced members, it all makes you associate the band to kids who are playing pretend in their backyards (We’re sorry to baby-fy these clearly intelligent and capable musicians, but they really are precious.) It’s all very dreamy and nostalgic — and sort of makes you wish you were carefree and easily mystified as you were in childhood.

But with artists like Ego Jones keeping the wonder of psychedelia alive, we’ll always have a mystical soundscape to escape to.