The Best NYE Parties Around Dallas. 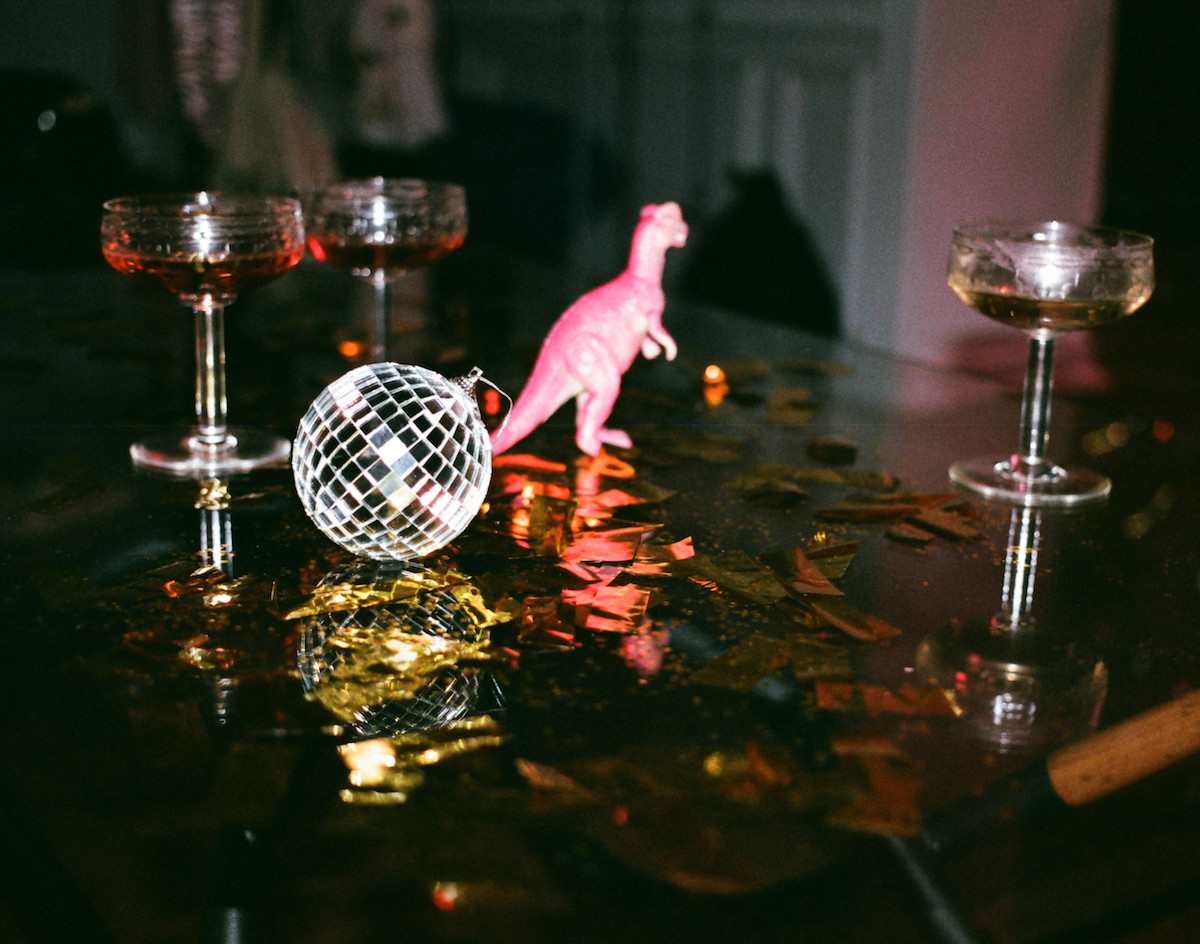 A devastating storm, insurrections, a new old white man in charge, anti-vaxxers, a near abortion ban — it’s been a tumultuous year. This week we’ll be giving you the good, the bad and the ugly of 2021, as well as what to look for in ’22, but in the meantime, let’s focus on something exciting.

We all deserve a drink and a dance for dealing with the inevitable burden that is life, so we compiled a list of NYE happenings around town. Below are parties that will cater to a variety of intrigue — we got something groovy, saucy, bougie, free, nerdy, rowdy, jazzy — pick your poison.

Many of these are at a limited capacity, open-air and/or require vaccination cards, but as always, be mindful of your health and be proactive with your testing, vaccinations and general hygiene. 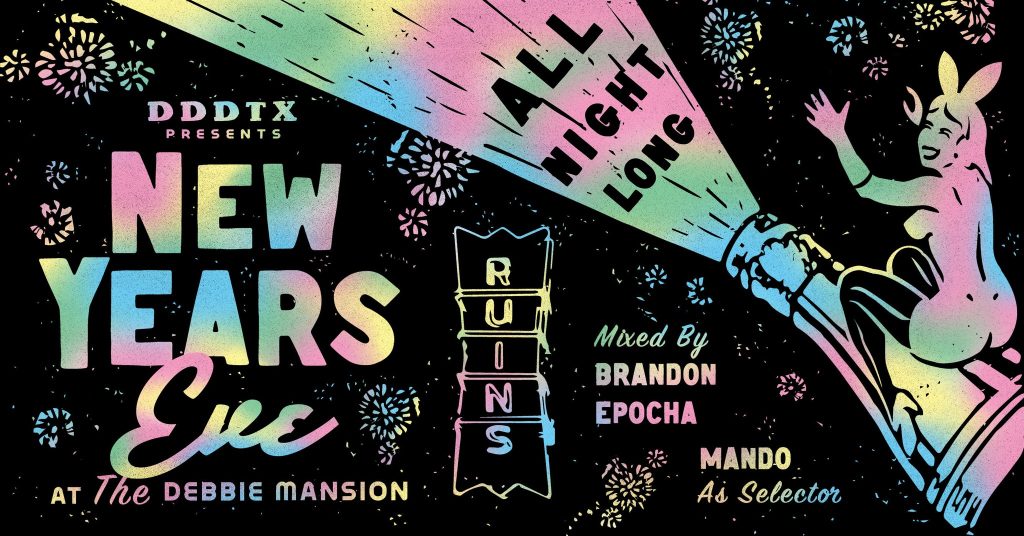 Based out of Oak Cliff, this project throws parties that feature vinyls, a vintage sound system and groovy glamour to satisfy your disco needs. Expect disco, house, funk, soul and boogie to be the soundtrack to all your dancing. Debbie Does Disco is also throwing a party New Years Day at Deep Ellum Company.

Marc Rebillet at The Factory 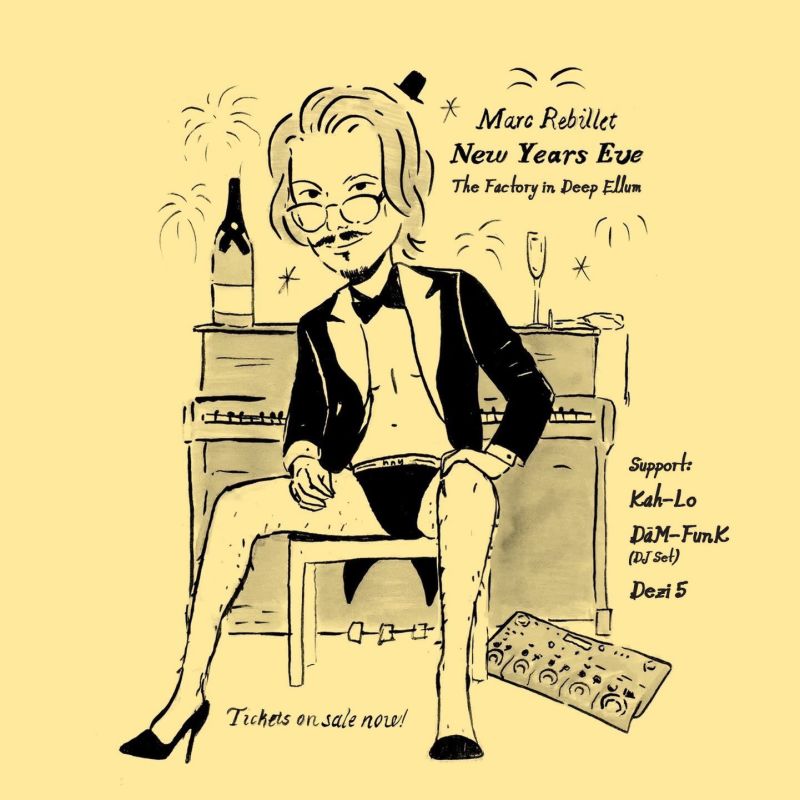 NYC-based but originally from Dallas, this funny one-man-band is the “loop daddy of Texas,” creating funky beats and taking off his pants at shows. 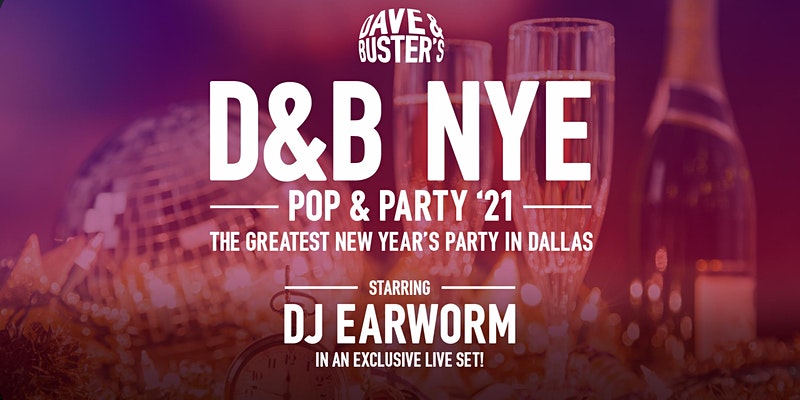 Headlining is DJ Earworm, who’s known for his mashups. In addition to drinks and the arcade, this celebration will have a music video dance party, casino games and the “most accurate” countdown to midnight in Texas.

Sin In The New Year at Wits End 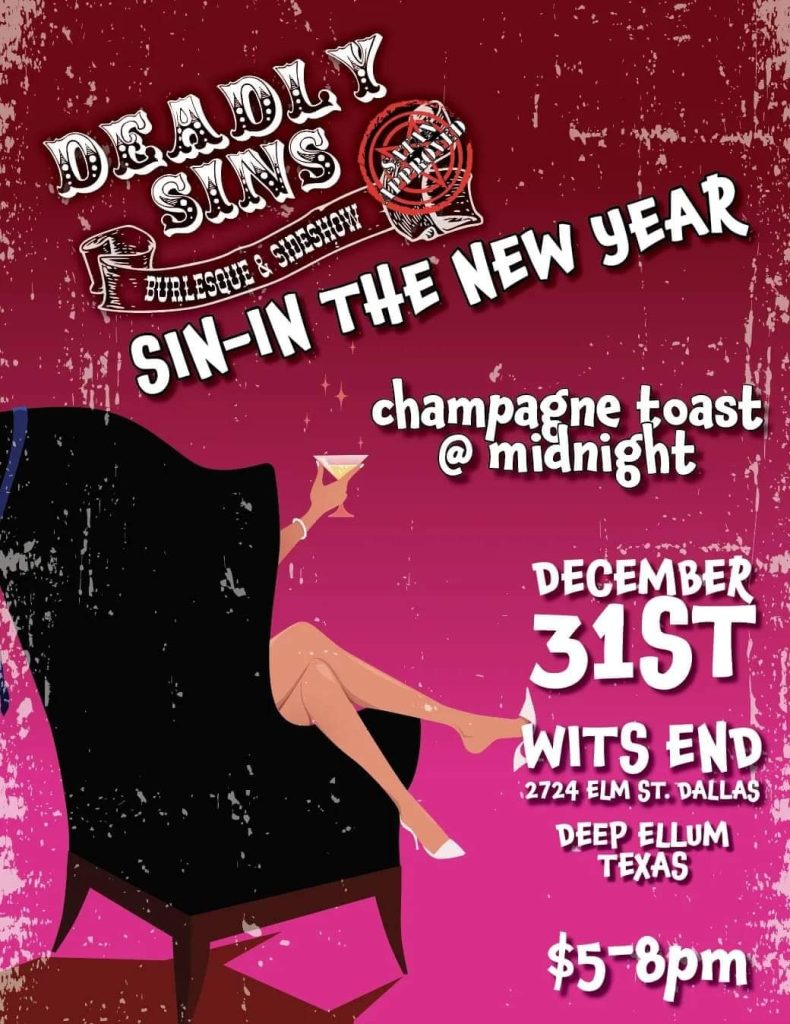 Hosted by Needles the Clown, you’ll get a dazzling burlesque show and sideshow acts before a champagne toast at midnight and a chance to watch fireworks from the rooftop. Featuring: Janie Slash, Scarlett D’vine, Sinn La Vie, Velvet Mystique, Nick T Vegan and Vixen Grimm.

The Art Of Luxury at House Of Blues 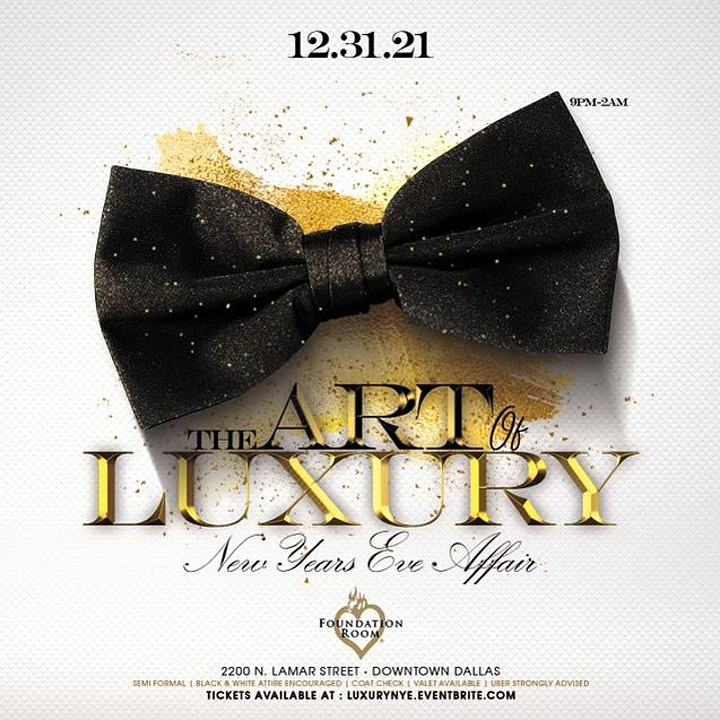 If you’re looking for something classy, look no further than the Foundation Room at House of Blues. Put on your best evening wear to mingle, sip and toast the new year. 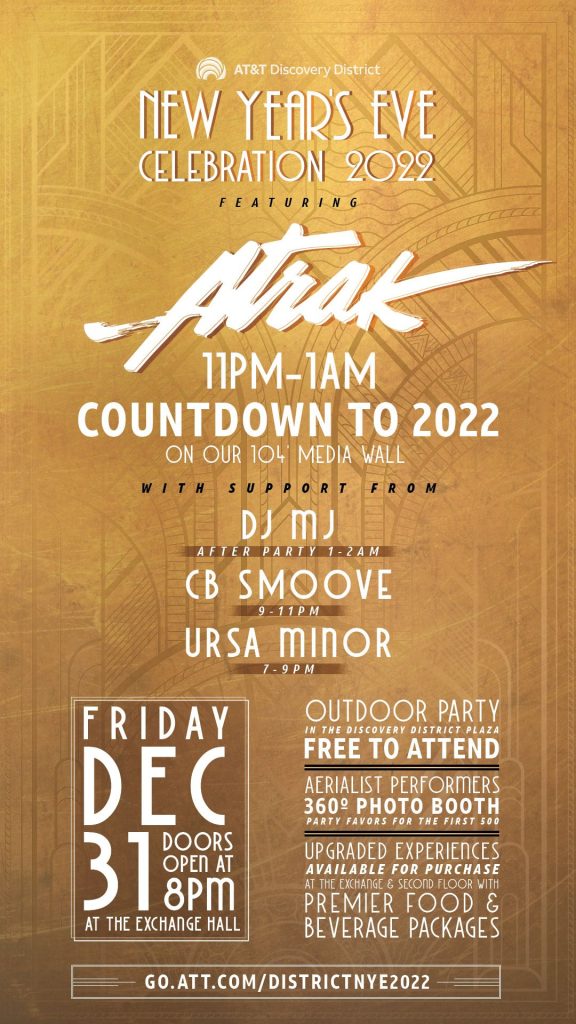 And if your pockets are hurting this holiday season, this party is free!! You can find the full lowdown on this event here, brought to you by the AT&T Discovery District. 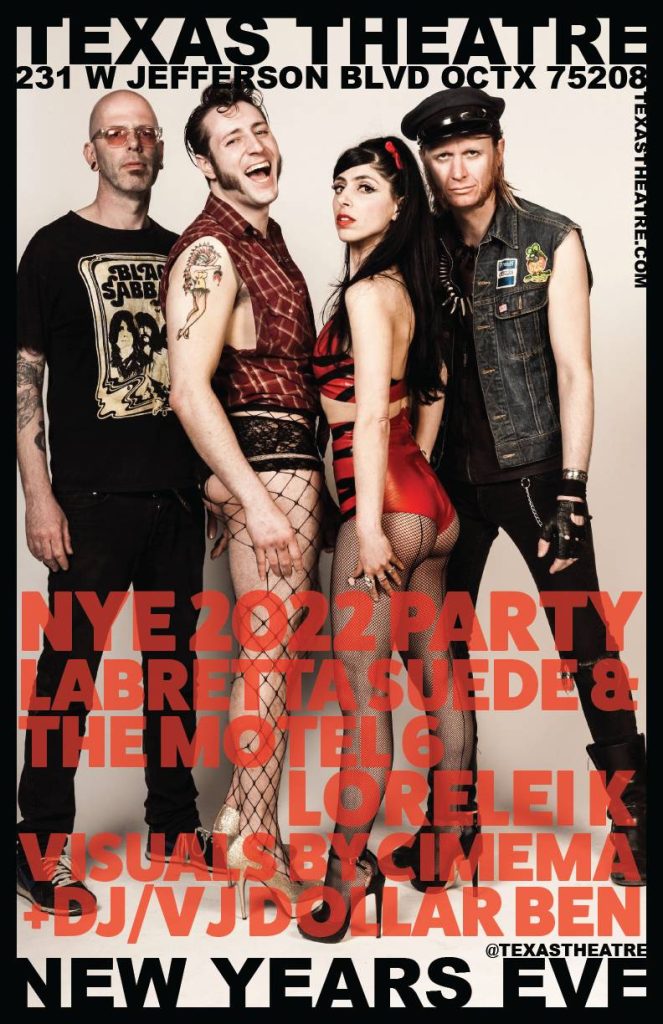 The main stage will host garage punk New Zealanders, Labretta Suede & The Motel 6, with Dallas’ own Lorelei K opening. Drag hero May May Graves is MCing between sets, there’ll be a specially curated video and music playlist playing upstairs and of course, a midnight toast. 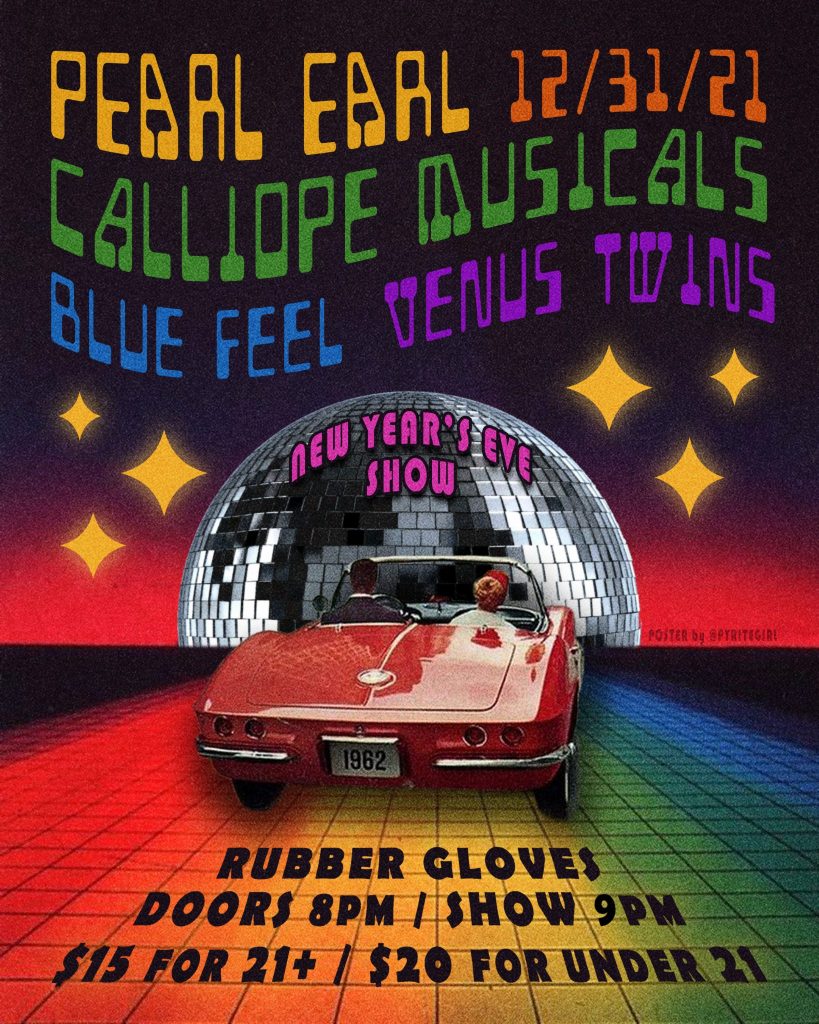 This party promises to burn 2021 down in style. Headlining is Denton’s Pearl Earl with Calliope Musicals, Blue Feel and Venus Twins. 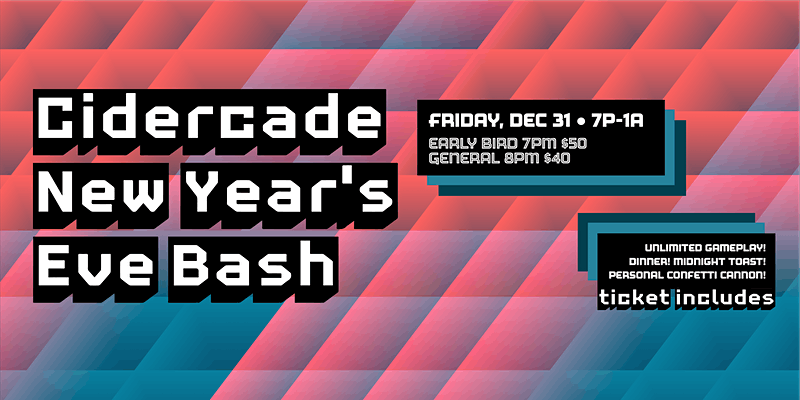 This adults arcade is closing for the public to bring you unlimited gameplay, a free meal from one of two food trucks, confetti canons and a glass of champagne. 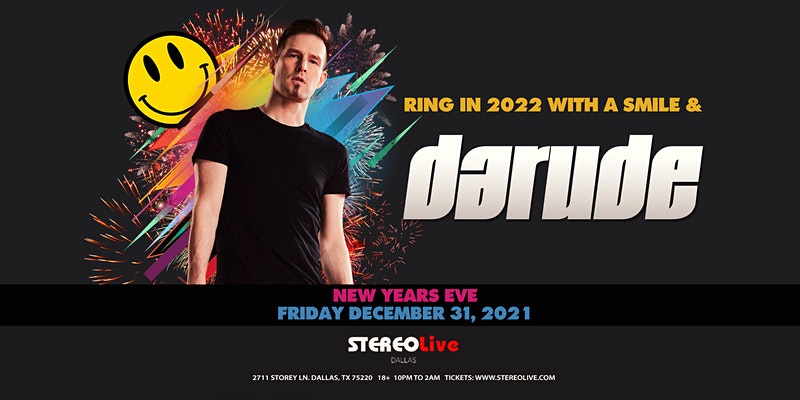 Ring in 2022 with a smile. The dude behind one of the most meme-ified songs (second to Ricky Astley), will be spinning EDM. 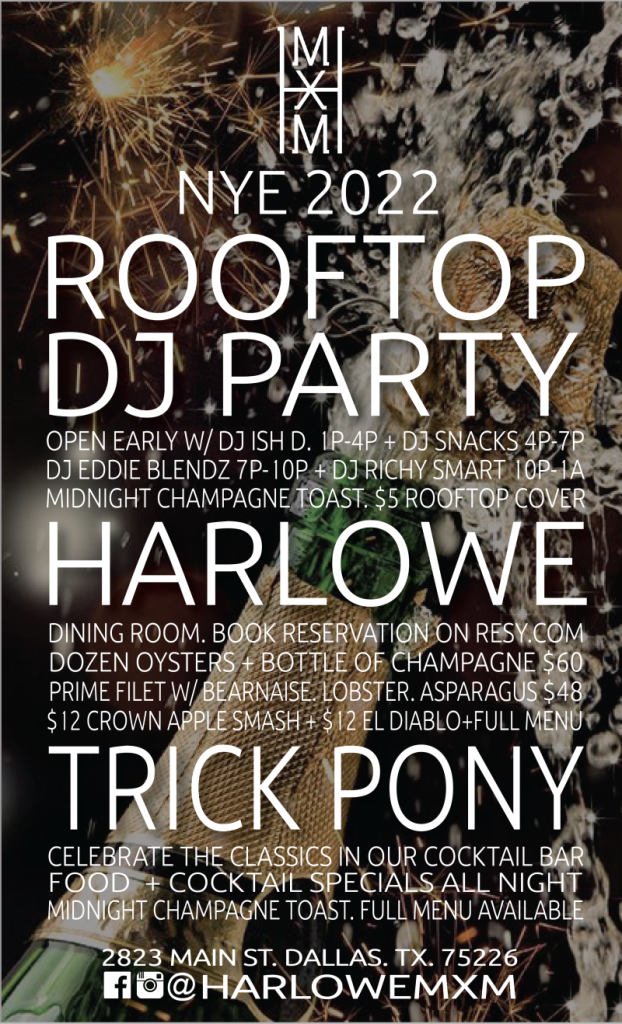 We don’t know about you, but spending NYE on a rooftop sounds like a movie. The gastropub will be offering food and drink specials all night and a killer DJ lineup.

NYE at Main at Southside 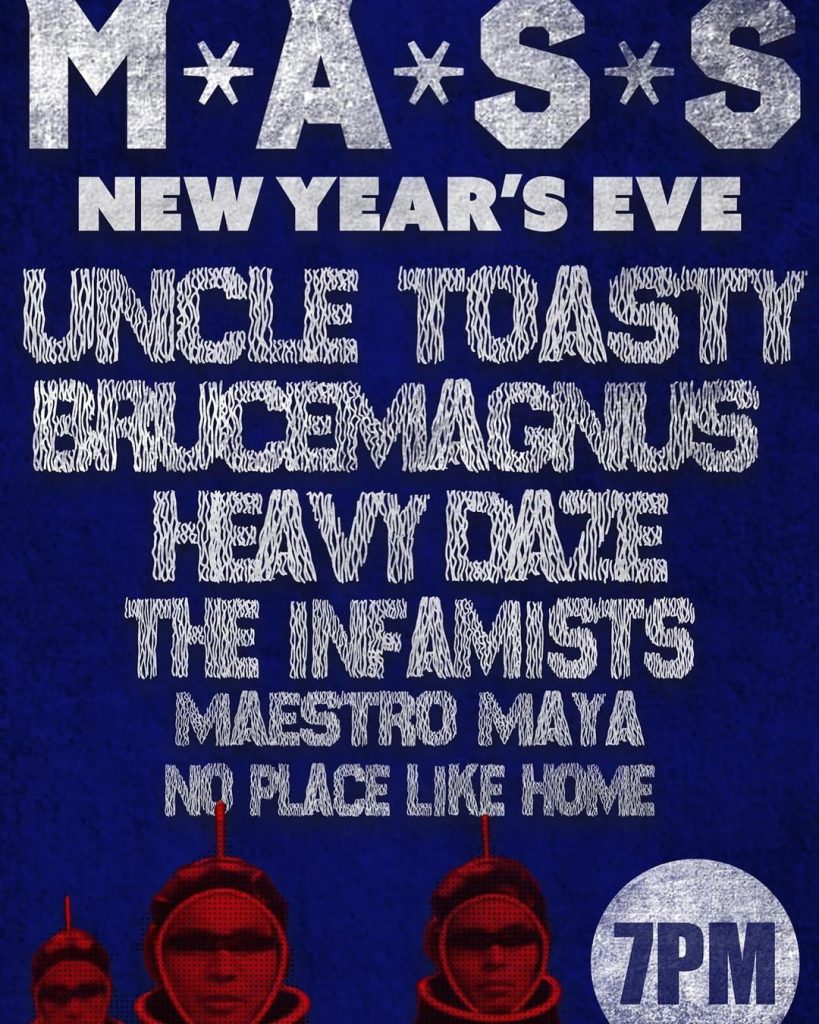 Fort Worth’s surf-tinged punk band Uncle Toasty will be hosting this shindig and performing at midnight. While waiting for the ball to drop, you’ll get a lineup of equally awesome acts. Nothing too complicated or fancy about this one, just good music. 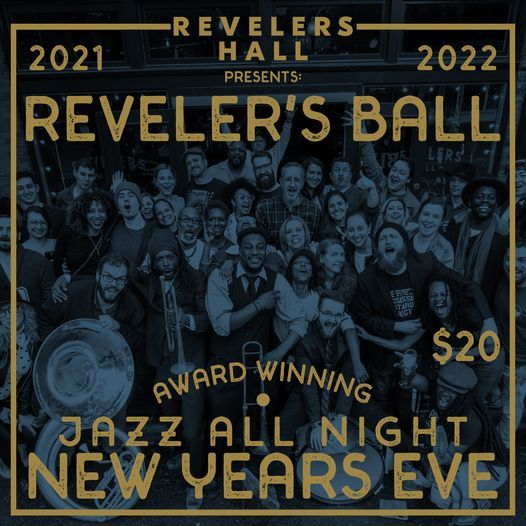 It is the new roaring ’20s after all, so let’s listen to some jazz. OK, it’s swing so not quite twenties, but a vintage vibe is a vintage vibe. The night will start with Savoy Swing’s Swing Dance Spectacular and finish up with a performance by Congo Square through midnight and into the wee hours. 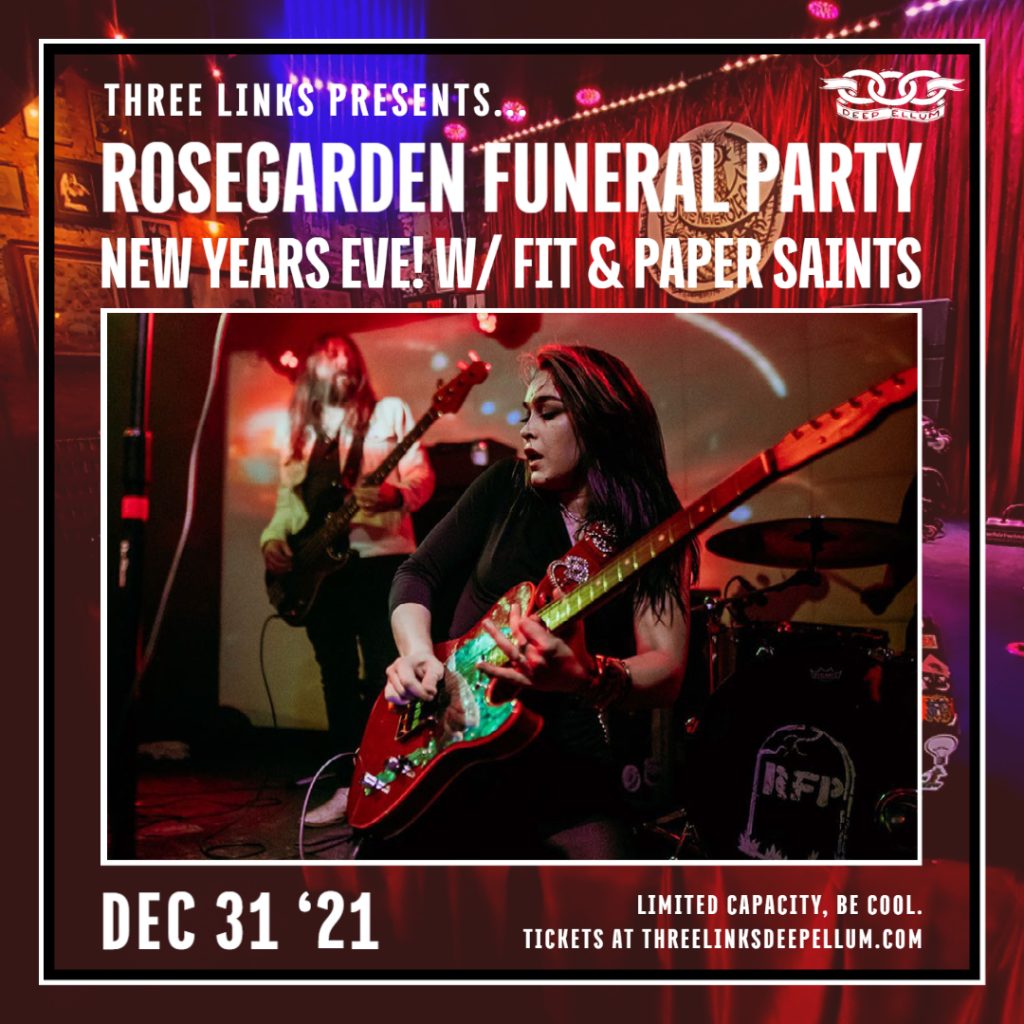 We’ve been feeling Rosegarden Funeral Party lately, so if you haven’t gotten into it yet, now’s the time. Spend NYE in our great neighborhood with one of the most beloved local bands. 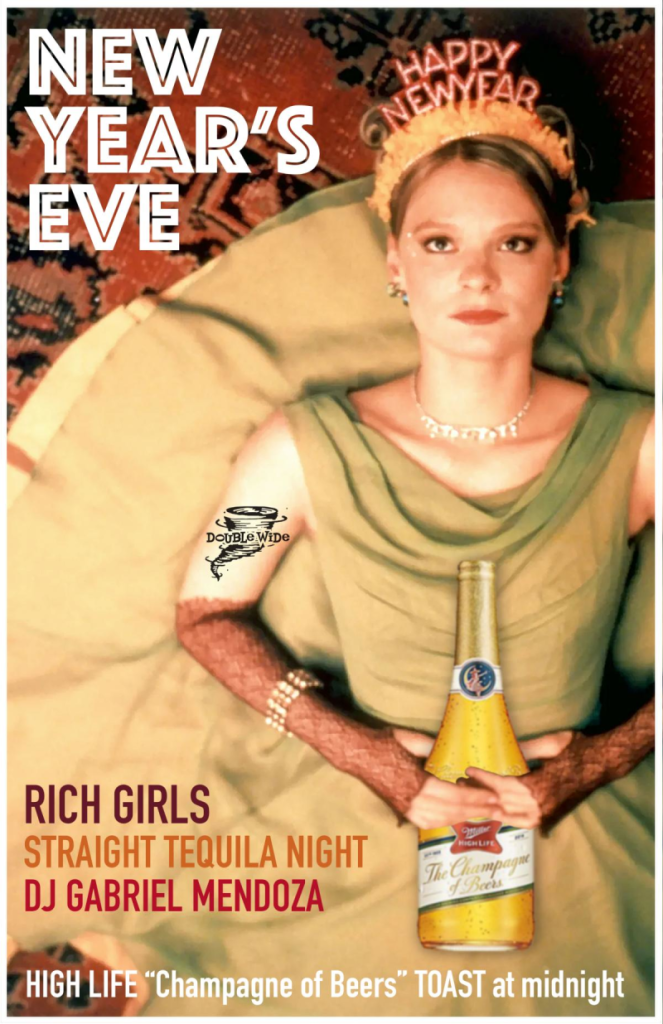 If you’re more of a beer person and have not been feeling all this talk of champagne, Double Wide is for you. It will also be a parking lot party and selling half the usual amount of tickets (act fast!) so you can feel a little more at ease. Headlining is Rich Girls, a Hall & Oats cover band.