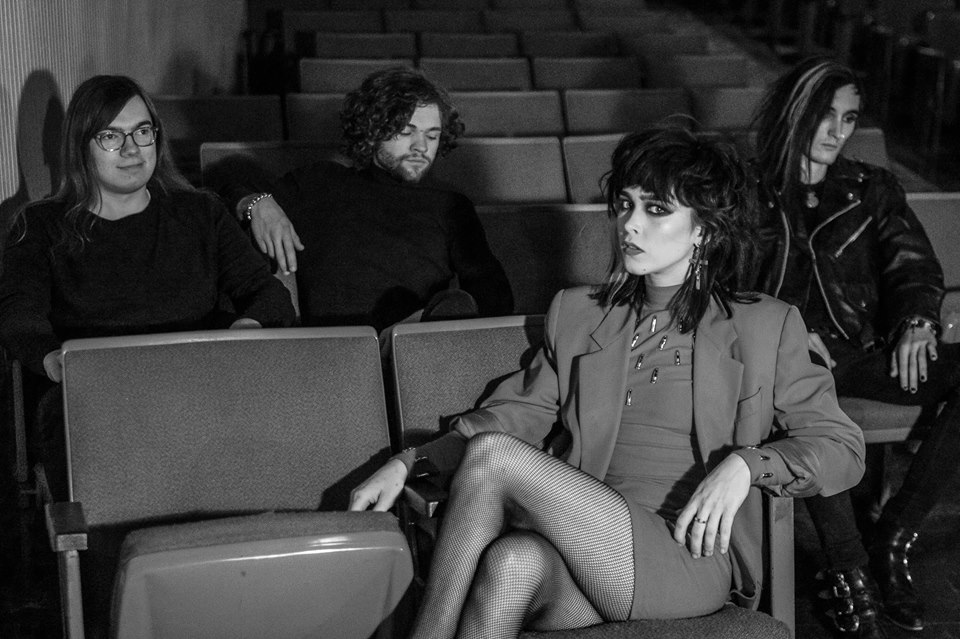 Let’s Take A Closer Look At The 2019 Central Track Music Honors’ Best Group Nominees, Who’ve All Really Got Their Shit Together.

There are 51 categories on this year’s inaugural CTMH ballot , accounting for nearly 300 individual entities worthy of recognition.

As you fill your own ballot out, you can vote for acts with great songs and/or albums, musicians who put on really great live shows, merchandise designers who keep the whole scene looking fly, and so on. Each of those, individually, are obviously important to call out and commend.


But while all of those honors indeed carry with them a certain distinction, the Best Group category is, perhaps, a touch more renowned, if only because the acts nominated in that grouping represent ones that have seemingly figured it all out. Yes, these seven group acts are killing the game on all levels — from the look to the sound, from the studio to the stage, from merch to marketing and on every point in between.

On the whole, I guess that’d make these some of the very best bands in all of North Texas. So, yeah, you can bet we’re stoked to have scored four of them performing at our CT Music Honors live event, which takes place at the Granada Theater on Wednesday, February 20.

If you’re not yet familiar with these seven nominees for Best Group, you can do so below. Then, once you’re done, head here and vote for your favorites.

Sound-wise, we really love the way this young Dallas post-punk trio keeps us guessing — to the point that we’ve taken to calling their releases “mixtape-like albums.” From track to track, they’ll switch things up, –sometimes singing in English and other times Spanish. They’ll also mix in bits of noise rock, funk, hard-charging punk and Cure-like post-punk, among other sonic inspirations. They’re also up for Best Punk Act in this year’s honors, and other notches under their belt include their always-frenetic live sets and their ability to masquerade as a Cure tribute at will. Also, they’re still pretty new to the scene, which means the sky’s the limit here.

In 2017, before this outfit changed its name from Siamese, we called them the best new band to come out of Dallas. In 2018, the group kept operating at the same high level, maintaining a consistent and well-thought-out image both on stage and off, earning the band invites to events like Fortress Festival and finding its members to participating in outings like Denton’s Rock Lottery and Dallas’ second-annual Damn Fine Music Festival. On top of all that, the band also toured the country consistently in 2018, earning three CTMH noms in total. The band is also up for Top Honors in the Best Indie Rock Act category, and member Teddy Waggy is up for a Best Guitarist nom.

It’s not often a band’s debut effort receives as much attention out of the gate as this one. Then again, this isn’t the members of MOTORCADE’s first rodeo, technically speaking. Made up of a handful of longtime Dallas music vets (Andrew Huffstettler, James Henderson, John Dufilho and Jeff Ryan), these guys have logged time playing with the likes of St. Vincent, The Apples In Stereo, The War On Drugs, Daniel Johnston, Baboon and more. It’s a well-earned brand of experience that’s already paying off, helping singles like “Desertion” remain in heavy rotation on KXT and finding their album on year-end lists from such noted voices as NPR’s “Sound Opinions” and the Chicago Tribune, among others. Aside from this category, MOTORCADE is also up for Best Indie Rock Act.

There is, perhaps, no more promising a young band in town than psych-rocking Acid Carousel. Whether popping up at a DIY space or a big stage like the Granada, this wild bunch makes every performance feel like a full-blown event. Boasting tight, paisley shirts and long hair to go with vintage instruments and recording techniques, this band’s sound is one appreciated by the youth of Dallas and their dads alike. The fact that nothing about this band — from looks to fliers, album art to merch, and so on — is haphazard in spite of being carefully manufactured to feel as such, it’s no surprise that the band earned an additional three CTMH nods to go with this one. They’re also up for Best Live Act, Best Rock Act, Best Bassist (Ian Salazar).

If there’s any act in town that might give Acid Carousel a run for its “most promising young band in town” title, it’d be ’80s-nodding post-punks Rosegarden Funeral Party. The band shares a similar commitment to its retro-themed bit while paying homage to an entirely different decade. Interestingly, while in high school, members of Acid and Rosegarden comprised a band called Moon Waves. Now, both acts are going head-to-head in three CTMH categories — Best Live Act and Best Rock Act, on top of this one. Rosegarden Funeral Party, led by enigmatic frontwoman Leah Lane, has garnered a reputation as a can’t-miss live act around town, even once going so far as to lug a 100-pound casket to a show at The Free Man to help set the mood. Safe to say, few are in town are as willing to go the extra mile as this outfit.

This in-demand hip-hop collective is frequently being tapped by other acts in town to bring a little flavor to their tracks — from Ishi to Scarlett Cimillo and, most recently, The Gritz. It’s not just local entities calling on the boys to help sell-out shows, either. They also opened for Nas at The Bomb Factory, played a sold-out Beto O’Rourke campaign event at the Granada and toured with national acts like Goodie Mob and Bone Thugs. Aesthetically, they’re frequently outfitted by artist DTOX, who also designs their merch, both of which give added meaning to the package as a whole. To wit, their pill bottle album packaging was some of the most innovative we’ve seen around town to date.

These Oak Cliff indie rockers are up for a cool five categories in these Central Track Music Honors, earning nods in the Best EP (For Lovers Only), Best Song (“Fro”), Best Group and Best Indie Rock Act categories to go alongside this one. For more info on Luna Luna, check out the blurb we already gave the band in the Best Song nominees breakout. Go Vote!