Larry Flynt Once Offered Up $1M To Solve JFK’s Murder. 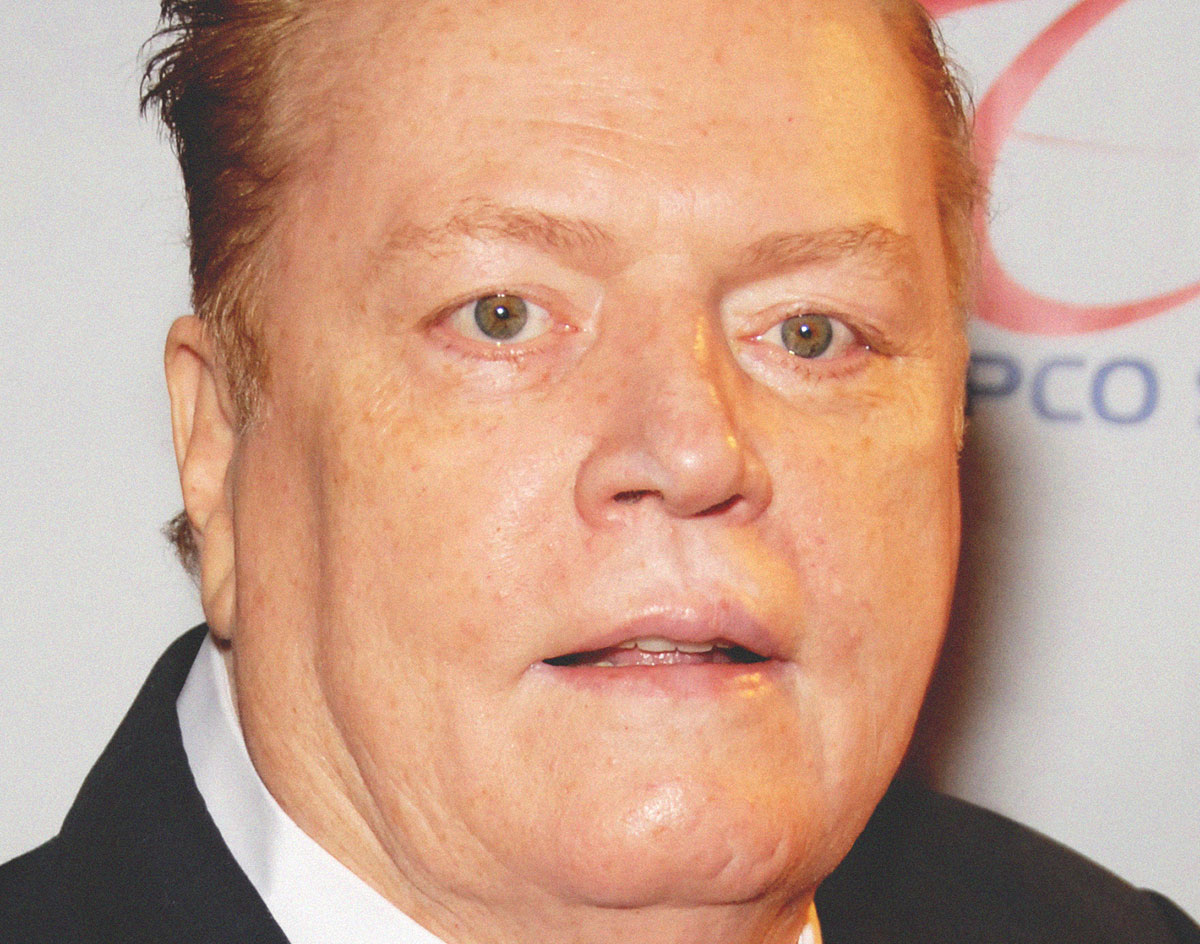 In 1978, The Late Hustler Publisher Took Out A Full-Page Ad In The Dallas Morning News To Seek Definitive Answers On JFK’s 1963 Assassination.

Amidst fame and fortune, the Hustler publisher perhaps most of all lived a life of controversy and attention-seeking stunts.

One of Flynt’s earliest and most notable public ploys involved a full-page advertisement he purchased to run in the Dallas Morning News on Sunday, January 8, 1978, in which he offered $1 million worth of cash rewards to anyone who could provide him and his research team concrete evidence to solve the “mystery” of John F. Kennedy’s assassination in Dallas’ Dealey Plaza on November 22, 1963.

Beneath a large black-and-white photograph of the late president, Flynt’s advertising copy in his buy read as follows, in full:

Because I believe there are many untapped witnesses to the events of the assassination, and many who have knowledge of those who participated in the conspiracy, I am personally guaranteeing a $1,000,000 reward for information leading to the arrest and conviction of anyone involved in the planning or execution of President Kennedy’s murder, or for information which makes it possible for the truth to come out.

If you have any personal information about the assassination please contact us.

I guarantee we will protect every bit of evidence which we will gather.

No detail is too small.

You may call collect.

An independent panel of expects and judges, including Ralph David Abernathy (SCLC), Mark Lane, Dick Gregory, Lillian Smith, and Robert Groden, will determine the appropriate recipient or recipients of the reward.

The public has the right to know who really was behind the assassination. No more cover-ups. No more secret testimony behind closed doors.

This may be our last chance to uncover the truth behind President Kennedy’s assassination in Dallas.

Time is crucial. We must act now.

The advertisement ran some 14 years following the release of the government’s official Warren Commission report on the assassination, albeit with certain classified portions withheld. Flynt’s efforts at finding truth beyond the report’s findings never produced any concrete alternate results, however. By 1998, all of the Warren Commission records, except for those containing tax return information, were released to the public. In 2018, President Donald Trump signed orders that the few remaining documents are to be released in 2021.

Despite conspiracy theories, Lee Harvey Oswald is still widely accepted as a lone actor in the assassination.

Ironically, on March 6, 1978, not two full months after his DMN ad ran, Flynt was engaged in legal battles involving obscenity laws surrounding his magazines in Georgia when he and his lawyer were shot in an assassination attempt on their own lives. Though he survived, the shooting left Flynt paralyzed and wheelchair-bound for the rest of his life.

Years later, a white supremacist and serial killer named Joseph Paul Franklin, confessed to the shooting, saying he did so in response to an interracial pornographic spread Hustler had published. Franklin was never charged with shooting Flynt, but was executed nonetheless in 2013 on eight separate murder charges. A month prior to Franklin’s execution, Flynt publicly stated his opposition to the death penalty and unsuccessfully pleaded for his would-be assassin’s life to be spared.

At various points in his life, he identified as a Democrat, as a Republican and as a Libertarian.

Check out his 1978 Dallas Morning News ad below. 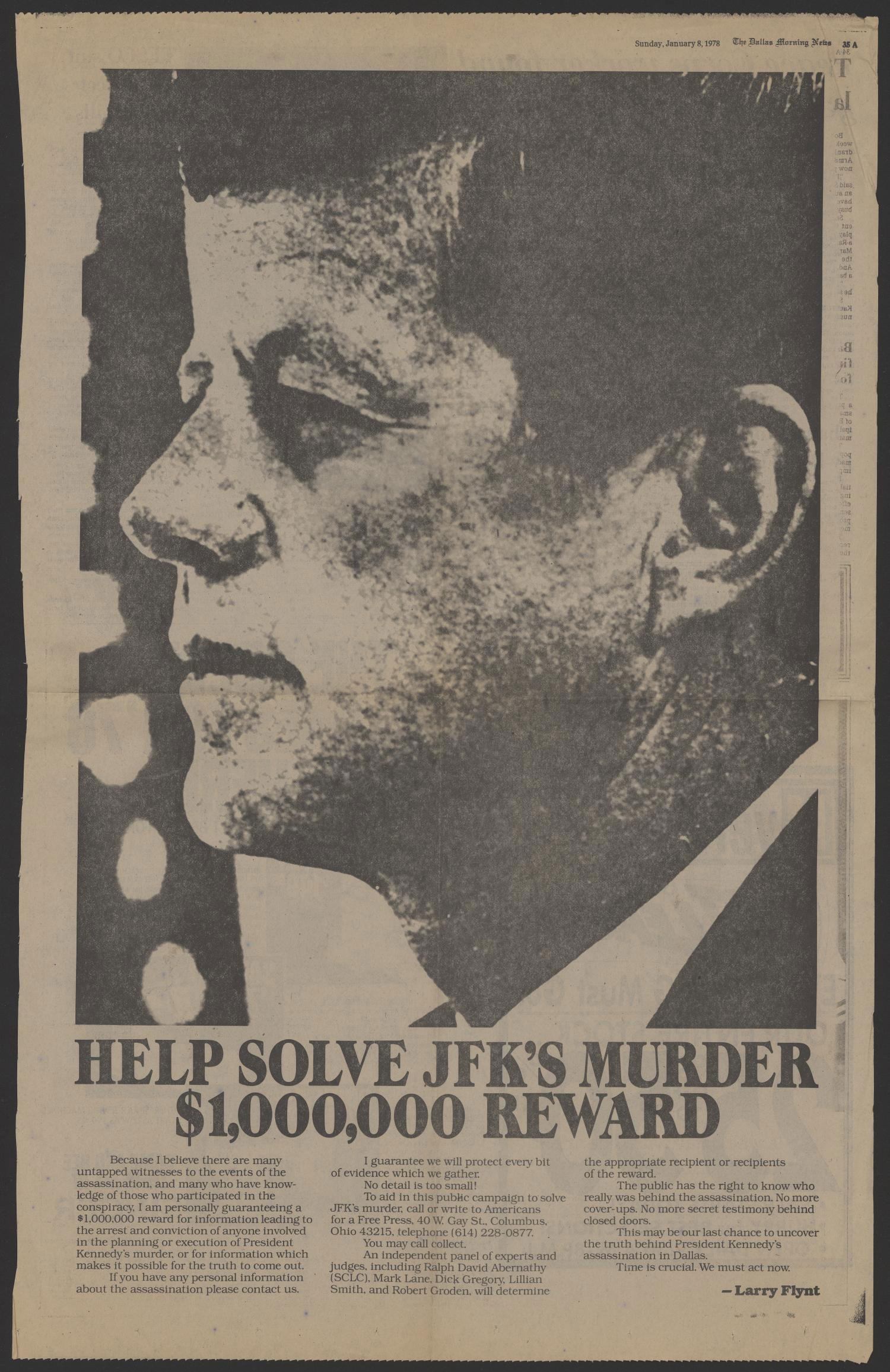 Archived photo of the advertisement courtesy of the University of North Texas Libraries. Larry Flynt cover photo by Glenn Francis via WikiCommons.