Is Dallas’ Relationship With The JFK Assassination Normal? 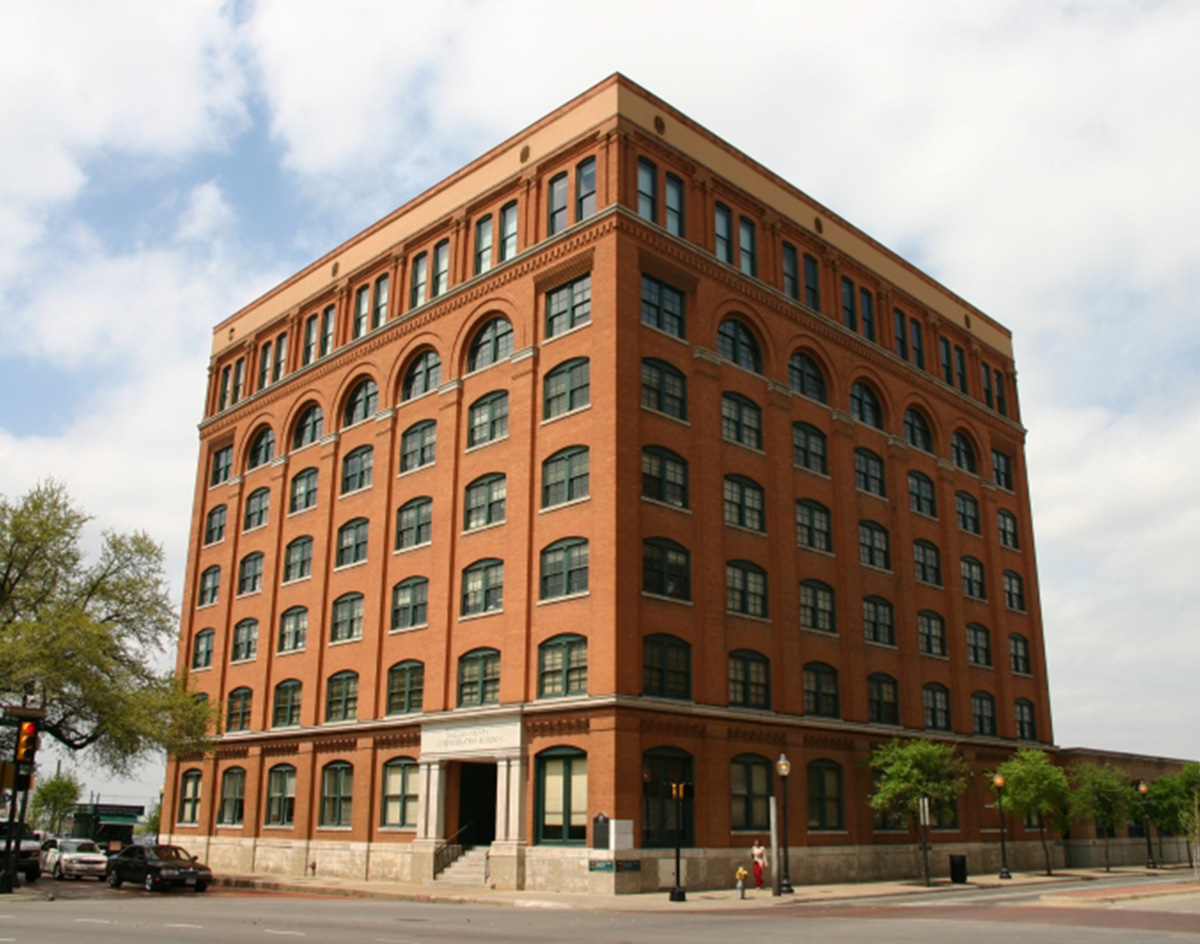 Do Other Cities Handle Their Assassination Histories As Creepily As Dallas Does? Let’s Look At 16 Other Famous International Assassination Sites And See.

Between ticketed 50th anniversary of the assassination of President John F. Kennedy at Dealy Plaza and memorials that still stand all across the city, Dallas’ relationship with its unfortunately biggest moment in history is bizarre.

Surely, we’re not the only ones who find it all a little — OK, a lot — macabre. I mean, this isn’t how they do things in other places, is it?

Actually, that’s a good question — and one we certainly didn’t have an answer for until we sat down and actually took a look at 16 of the world’s other most famous assassination sites to find out how those historic spots have been memorialized.

For the most part, what we found was that most assassination sites are handled with appropriate, tasteful historical markers. Some, though, are just as bad — and maybe even worse — as Dallas’.

Turns out, we’re not the only sick-minded ones out there!

The Assassinated: President John F. Kennedy.
The Date: November 22, 1963.
The Location: Dallas.
The Memorials: Up until Monday, two painted X’s on Elm Street marked the spots where the fatal shots hit Kennedy — although, by many accounts, they were about six inches off due to lane lines being repainted over the years. The reasons behind their recent removal seems obvious — the city wanted to get rid of the ghoulish markers before Friday’s ceremony — but city spokesman Frank Librio told the Dallas Morning News that the city was simply leveling Elm’s asphalt before the anticipated influx of visitors and that there was no other motivation behind the move. Right. Elsewhere, the Sixth Floor Museum commemorates all aspects of the assassination, as well as Kennedy’s trip to Dallas as a whole, and allows visitors to see Lee Harvey Oswald”s “sniper’s nest” while checking out the view from the next window over. Visitors can also check out Dealey Plaza and the Grassy Knoll, the location of many a conspiracy theories’ supposed second shooter. Multiple tours are offered that retrace Oswald’s steps both before and after the shooting.
The Creepy Factor: 10 out of 10 with the X’s. 8 out of 10 without.

The Assassinated: President Abraham Lincoln.
The Date: April 15, 1865.
The Location: Washington, D.C.
The Memorials: Lincoln was famously killed by actor and Confederate sympathizer John Wilkes Booth at Ford’s Theatre almost immediately following the South’s surrender in the Civil War. Interestingly, Ford’s is still a working theater, and admission to the site is sometimes limited due to stage productions. Visitors to the theater can see the box Lincoln was sitting in, but aren’t allowed inside — a move meant to protect the original furnishings in place at the time of the assassination, all of which are still in the box. An onsite museum hosts numerous artifacts from the assassination, including Booth’s pistol and the stovepipe hat Lincoln was wearing at the time of the assassination.
Creepy Factor: 4 out of 10.

The Assassinated: Martin Luther King, Jr.
The Date: April 4, 1968.
The Location: Memphis.
The Memorials: James Earl Ray shot King as he stood on the balcony of the Lorraine Hotel in Memphis. The hotel is now the site of the National Civil Rights Museum. Visitors can see the balcony King was standing on, as well as visit the building across the street from which Ray took his shot. The museum also owns the adjacent boarding house, where the murder weapon and Ray’s fingerprints were found.
The Creepy Factor: 8 out of 10.

The Assassinated: Leon Trotsky.
The Date: August 20, 1940.
The Location: Mexico City.
The Memorials: Trotsky, a Marxist revolutionary and the first leader of the Red Army, was killed in Mexico City, where he had settled after opposing Joseph Stalin’s totalitarian policies, by Ramon Mercader, who was acting on Stalin’s orders. Trotsky was stabbed in the head with an icepick in his study. Visitors to the site can see his study exactly as Trotsky left it. Even his eyeglasses, which haven’t been moved since they came off in the struggle following the stabbing, remain.
The Creepy Factor: 6 out of 10.

The Assassinated: President James A. Garfield.
The Date: July 2, 1881.
The Location: Washington, D.C.
The Memorials: Garfield was shot at what was then the Baltimore & Potomac Railroad Station by Charles J. Guiteau. He didn’t die until 11 weeks later, though, and he likely would have survived if not for substandard and unsanitary medical practices of the time. For a while, a star on the station’s floor marked the spot Garfield was standing when he was shot. At some point, however, the star and its accompanying plaque were removed. The building, which is now part of the National Gallery, currently contains no reference to the assassination.
The Creepy Factor: 0 out of 10.

The Assassinated: President William McKinley.
The Date: September 6, 1901.
The Location: Buffalo.
The Memorials: While shaking hands with the public in Buffalo as he visited the Pan-American Exposition’s Temple of Music, McKinley was shot by anarchist Leon Czolgosz. Much like Garfield, McKinley didn’t die from the wound itself, but from its after-effects — in this case, gangrene. Like the rest of exposition’s buildings, the Temple of Music was taken down after the event. The approximate site of the shooting is now marked by a simple stone memorial.
The Creepy Factor: 1 out of 10.

The Assassinated: Anwar Sadat.
The Date: October 6, 1981.
The Location: Cairo.
The Memorials: Sadat, the third president of Egypt, was killed by members of the Egyptian Islamic Jihad during the country’s annual Victory Parade. The parade celebrates the first crossing of the Suez Canal. The fatwa approving the assassination was obtained from Omar Abdel-Rahman, a cleric later convicted in the U.S. for his role in the 1993 attack on the World Trade Center. The site is now marked by a stone memorial to Sadat near the parade stand where the assassination occurred. The leader is buried at Egypt’s Unknown Soldier Memorial, which is just across the street from the memorial and parade stand.
The Creepy Factor: 3 out of 10.

The Assassinated: Malcolm X.
The Date: February 21, 1965.
The Location: New York City.
The Memorials: Malcolm X was assassinated by members of the Nation of Islam in the Audubon Ballroom in Upper Manhattan. The killing was precipitated by animosity over X’s leaving the group the previous year. The ballroom was a multi-use facility available to groups of all types until it was purchased by Columbia University in 1983. The university intended to demolish the building, but eventually compromised with student protesters by agreeing to maintain the Audubon’s facade and establishing a museum at the site.
The Creepy Factor: 1 out of 10

The Assassinated: John Lennon
The Date: December 8, 1980.
The Location: New York City.
The Memorials: Lennon was shot by Mark David Chapman at the entrance to his New York home, the Dakota Apartments. The apartments are still in use, and there is no marker on the entrance or the sidewalk. The City of New York did, however, establish Strawberry Fields, a memorial to Lennon, directly across the street from the apartment building in Central Park in 1985. Countries from around the world donated the site’s trees in Lennon’s honor, and the memorial’s iconic Imagine mosaic was donated by Naples, Italy.
The Creepy Factor 0 out of 10.

The Assassinated: Robert F. Kennedy.
The Date: June 6, 1968.
The Location: Los Angeles.
The Memorials: Kennedy was killed by Sirhan Sirhan, a Palestinian dissident, at the Ambassador Hotel, shortly after Kennedy had won the presidential election primaries in South Dakota and California. The shooting occurred in the hotel’s kitchen as Kennedy was returning to his room just after having given a victory speech. The hotel remained open to guests until 1989. Thereafter, it was only used as a setting for TV shows and movies. The hotel was demolished in 2006 to make way for a Los Angeles United School District complex. The complex was named after Kennedy and features an understated memorial.
The Creepy Factor: 0 out of 10.

The Assassinated: Mahatma Gandhi.
The Date: January 30, 1948.
The Location: New Delhi.
The Memorials: Gandhi was killed by Hindu extremist Nathuram Godse on the steps of Birla House, a prayer building in a complex of gardens in New Delhi. The building no longer exists, but the spot of the assassination is marked by the Martyr’s Column. Stone casts of Gandhi’s footsteps lead up to the column. The site of Gandhi’s cremation also features an extensive memorial.
The Creepy Factor: 9 out of 10.

The Assassinated: Yitzhak Rabin.
The Date: November 4, 1995.
The Location: Tel Aviv.
The Memorials: Rabin was killed at the end of a celebration of the Oslo Peace Accords by Yigal Amir, a Zionist militant. The site of the assassination, then called Kings of Israel Square, is now Rabin Square. A small, wreath-adorned stone memorial marks the spot of the assassination.
The Creepy Factor: 4 out of 10.

The Assassinated: Franz Ferdinand.
The Date: June 28, 1914.
The Location: Sarajevo.
The Memorials: Gavrilo Princip, a Serbian nationalist, killed Ferdinand, the presumptive heir to the Austro-Hungarian throne, in an attempt to secure the independence of Hungary’s south-Slav provinces. The assassination actually ended up providing much of the impetus for the start of World War I. The original markers at the site traced the shooter’s steps, allowing tourists to snap photos posing as the assassin. They also featured a plaque lauding Princip’s intentions and his accomplishment. The site’s most recent renovation removed the footprints and toned down the rhetoric on the plaque.
The Creepy Factor: 10 out of 10 before the renovations. 7 out of 10 after.

The Assassinated: Julius Caesar.
The Date: March 15, 44 BCE.
The Location: Rome.
The Memorials: Caesar was brutally stabbed by a number of conspirators seeking to return republicanism to Rome as he entered the Theatre of Pompey. The site is now largely in ruins — as one might expect after 2,000-plus years of wear and tear — but is still open to visitors.
The Creepy Factor: 1 out of 10.

The Assassinated: Harvey Milk.
The Date: November 27, 1978.
The Location: San Francisco.
The Memorials: In 2008, 30 years after county supervisor Milk was shot in San Francisco’s city hall by former supervisor Dan White, a bust of Milk was unveiled in the building’s rotunda, marking the first permanent acknowledgement of his assassination’s role in the buildings history.
The Creepy Factor: 2 out of 10

The Assassinated: Huey Long.
The Date: September 10, 1935.
The Location: Baton Rouge.
The Memorials: Long — a former Louisiana governor, a would-be presidential candidate and, at the time of his assassination, a U.S. Senator — was shot while at the Louisiana State Capitol, attempting to oust a judge from his seat. Carl Weiss, the judge’s son-in-law, shot Long at about 9:20 p.m. after being rebuffed by the for governor twice earlier in the day. The spot Long was standing on as he was shot is marked by two concentric circles, which look eerily like a target, on the capitol’s floor. The walls around the area have been maintained to this day as well, bullet holes and all.
The Creepy Factor: 10 out of 10