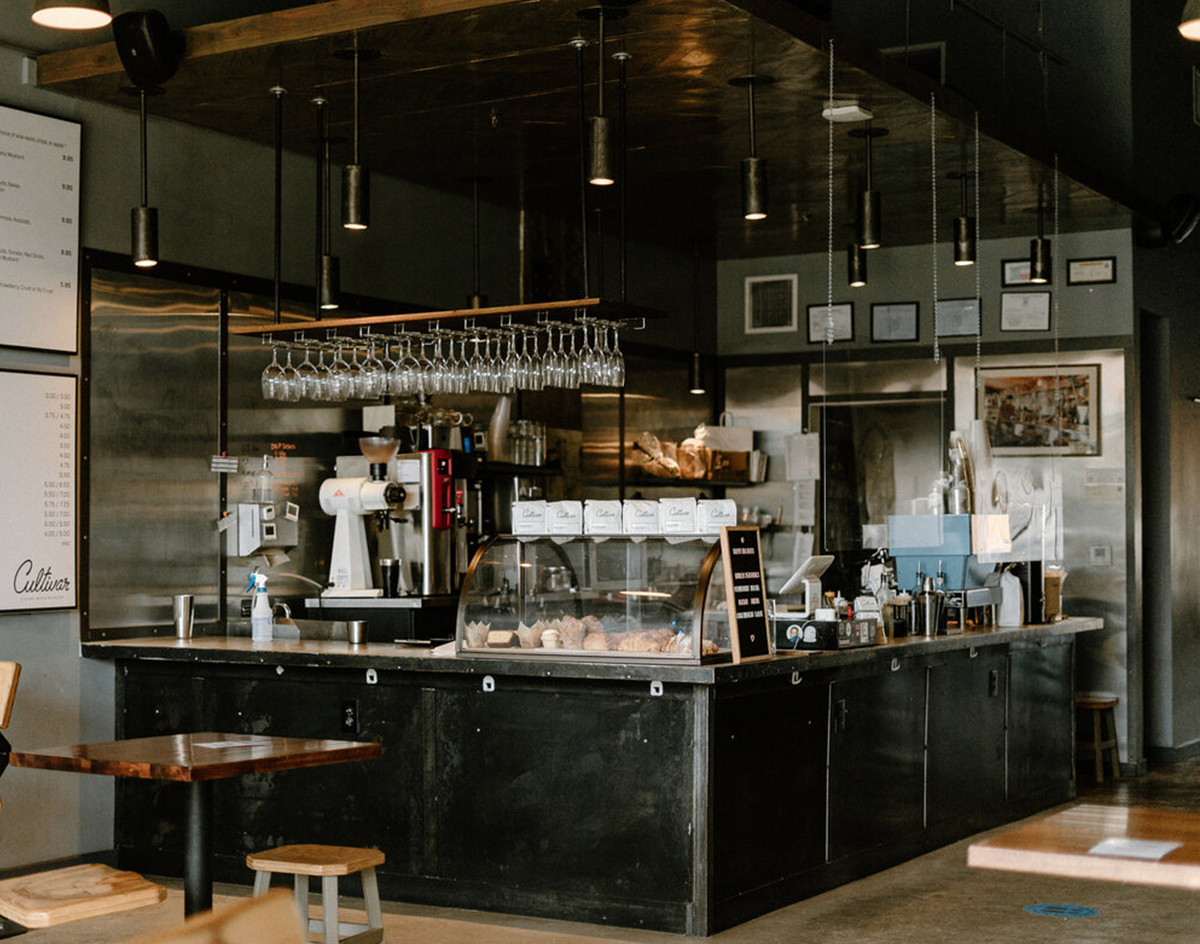 Cultivar Coffee Closes Its First Standalone Location, CornDog With No Name Opens Another Restaurant, Revolver Taco Is Coming Back To Fort Worth, Plus More.

We’re gonna go ahead and rip the bandage off quick, okay?

Cultivar Coffee‘s first standalone location in Oak Cliff off of Jefferson Blvd is closing after service on February 21. The coffee shop known for sourcing coffee beans directly from Central American farmers had proudly stood on the block since 2009. The indie coffee shop cited difficulties with sales amidst the pandemic, plus their lease was up anyway. The East Dallas location will remain open.

CornDog With No Name has opened the second location at Northwest Highway and Preston Road, following its made-for-reality-TV trademark lawsuit saga. In case you forgot because time is not real anymore: Victoria Fletcher and her daughter, Jace Christiansen Fletcher  — of Fletcher’s corny dog empire — wanted to open up their own fried foods gig under the name “Fletch.” GG Fletcher, who oversees Fletcher’s Original Corny Dogs company, was like, “no, you can’t use that name but you can still sell corndogs” which created a whole identity crisis and controversy for the upcoming company. During the lawsuit — which ended in late 2020 — the nameless company became CornDog With No Name and the name officially stuck.

While we process the craziness in Dallas, let’s turn our attention to Fort Worth.

Chef Regino Rosas’ nationally acclaimed Michoacan-style taqueria Revolver Taco Lounge is returning to Funky Town! The original Revolver Taco Lounge opened its doors in Fort Worth back in 2011 until its move to Dallas back in 2017. After national praise, the taqueria set up shop in Deep Ellum where it’s been thriving with its addition of La Resistencia, a fine-dining taco tasting restaurant. The new Fort Worth location will open in the spot that once housed Taco Diner in Sundance Square until its closure in late 2020. Don’t worry — the new location will also feature two restaurants: the casual Revolver Taco Lounge eatery and La Purepecha, a sit-down restaurant concept serving Michoacán-style dishes.

Alright, now back to Dallas!

MeMee’s Wings are flying into Dallas and operating out of a ghost kitchen on 21 W. Commerce St. The homemade sweet and spicy Memphis-style wing spot will serve fries, wings and tiny pies from Sweet Loretta Jo’s. The kicker? MeMee’s Wings is spearheaded by Maratrisa Kirby, a Southwest Airlines Flight attendant, and her two sisters, Arshadi Brown and Christacie Hart. How fitting is that?! Place your wing orders online here.

Over in Grapevine, a new food hall has joined the chat. Harvest Hall is a new European-centric food hall connected to the recently-opened Hotel Vin and will house a bunch of known family-owned-and-operated restaurants, including Arepa TX, Chick & Biscuit, Easy Slider, Monkey King Noodle Co., Sputino by Loveria and Zatar’s.

East of Grapevine in Addison, La Madeleine’s newest restaurant boasts a drive-through. Get freshly baked French bread and other confections without ever unbuckling your seatbelt. This is great news following the closure of Addison’s La Madeleine back in 2019. The new location — located north of Belt Line Road at Montfort Drive in the former Steak ‘n Shake — is a prototype meant to test out the new feature.

Up north in Frisco, gourmet cinnamon bun shop Cinnaholic is opening up its seventh location in the metroplex. While a set opening date has not been established for the newest location, the company — once featured on Shark Tank — already boasts 50 locations across the United States.

Sometimes, we’ll start a sentence and we don’t even know where it’s going… but we do know it’s likely in downtown Garland, enjoying a coffee from the new The Office-themed coffee menu at Rosalind Coffee. (Sorry.) The coffeeshop has debuted an entire menu full of coffees, cold brew and pastries dedicated to characters from The Office from now until the end of the month. It’s exciting, but we’re still not paying for a Peacock subscription!

This weekend, Virgin Hotels Dallas has some killer Valentine’s Day happenings if you still haven’t gotten your plans together. (Heads up: Valentine’s Day is this Sunday!) Be sure to book a table at Common’s Club this weekend for a four-course dinner menu at $75 a person or $150 for two. Dinner options include  DJ Luchianni & Picnictyme will be spinning from 6 p.m to 1 a.m. Dinner and a show? Sounds great to us — just be sure to wear a mask. To-go options for the coursed out meal are available as well.

This Saturday, if you’re in Plano or looking to make a trip out, be sure to celebrate Mardi Gras at Legacy Food Hall with specialty hurricanes served in temperature-sensitive souvenir cups for $10. Guests can get in the Mardi spirit with Dock Local’s Crawfish Boil, available Saturday only between 4 p.m. to 7 p.m. Saturday through Tuesday, don’t miss Dock Local’s Shrimp Po Boy, Mini King Cakes from Leila Bakery, and a Praline Crêpe from Whisk & Eggs.

Cover photo via Cultivar Coffee’s website. Got a tip for White Noise? Email us!