Is Ezekiel Elliott An MVP Candidate? 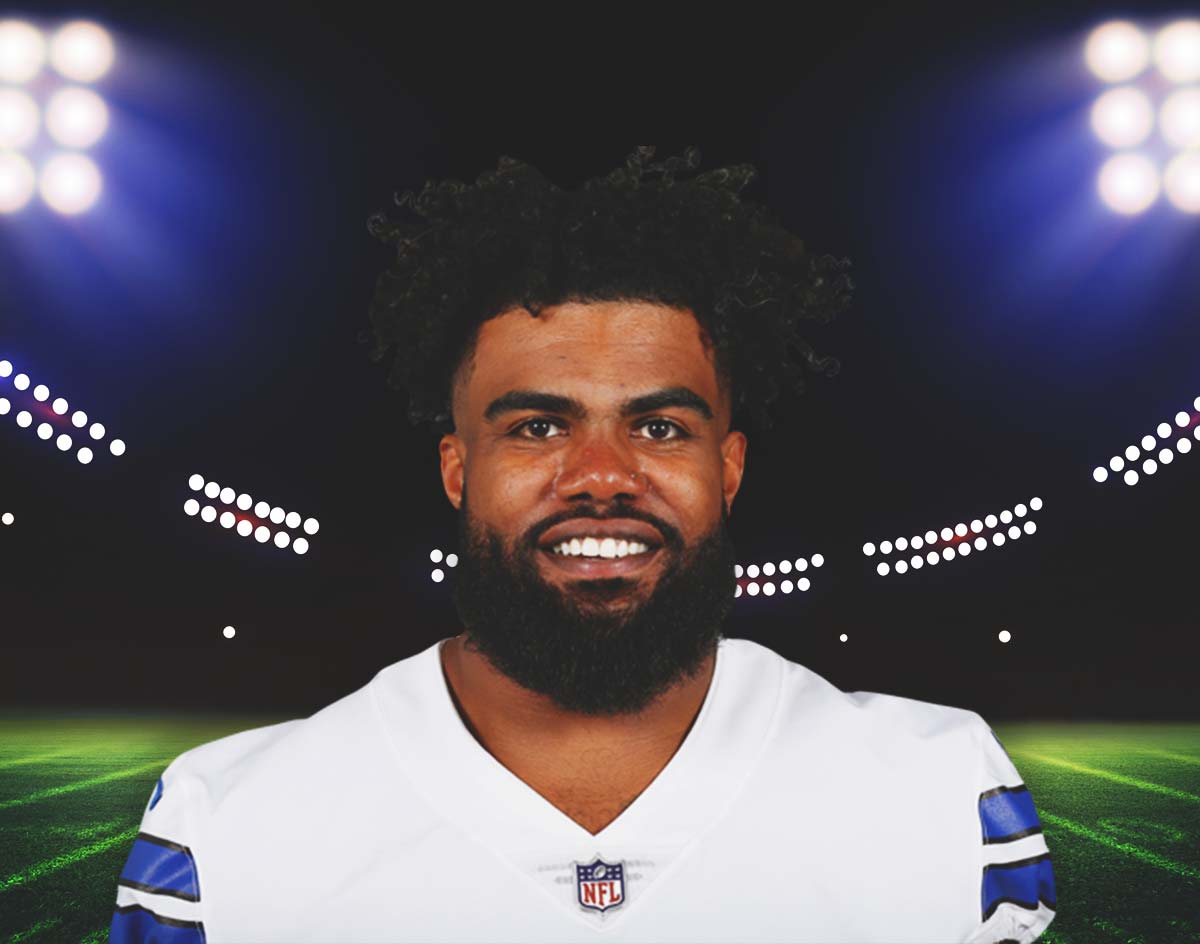 In this year’s go of their annual Thanksgiving game, the Dallas Cowboys faced off against the Washington Redskins in a battle for first place for the NFC East.

An unlikely turn of events? For sure. But at this point in the NFL season, every game matters — and with their division being a total seesaw this year, it’s imperative that Dallas gets all the wins it can possibly get, wherever it can. And so, coming off their first back-to-back wins this season, the Cowboys wanted to give its home audience something to be thankful for on Turkey Day — a third straight win.

That’s just what the team got, too, as it registered a 31-23 W over the hated Washington Redskins.

Improbably, Thursday’s win means the Cowboys are now sitting in first place in the (admittedly weak as hell) NFC East.

Here are my takeaways from this latest victory.

Without A Doubt, Amari Cooper Was Worth A First-Round Pick.

Sure, it took a couple weeks after the Cowboys traded for him for Amari Cooper to produce on this level, but the guy accomplished something against the Redskins that the we haven’t seen from a Cowboys receiver in a very long time.

Showing what he’s capable of — and why he had back-to-back 1,000-plus receiving yard seasons in his first two years in the league — he grabbed eight catches for 180 yards and two touchdowns on the day. It was a nice effort — especially when he back-doored a 40-yard touchdown and, later, scored on an even more impressive 90-yard scoring play that say him breaking tackles in the process.

Beyond proving himself worthy of the first-round pick that the Cowboys gave up to get him, his performance even made his quarterback Dak Prescott look good on the day. Impressive stuff all around.

Dak Is Back On The Right Track.

Though he struggled in the first half and was sacked four times — thanks in no small part to Tyron Smith being sidelined with a neck injury — Prescott righted his early game wrongs and actually ended up playing a really good overall game on Thursday.

As already noted, Cooper deserves a lot of the credit for Dak’s impressive numbers on the day — he completed 22 of 31 passes for 289 yards and two passing touchdowns, and he also ran for a third — but the quarterback is owed some recognition of his own for the win, too. I mean, the guy connected with nine different receivers on the day.

He’s been playing remarkably efficient of late, minimizing mistakes and taking advantage of the openings that defenses give him.

Does he still leave yards on the field? Absolutely. But is he avoiding mistakes that could cost the Cowboys some wins? Without a doubt.

Zeke Is Just A Total Freak — And An MVP Candidate.

Is Ezekiel Elliott a legit MVP candidate at this point? If the Cowboys continue to win like this on the back of his solid play, then his name should definitely be mentioned as part of the conversation.

Against the Redskins, Zeke scored a touchdown and added 121 rushing yards to his already impressive season total, bringing him to 1,074 yards rushed total on the season. That’s about 30 yards more than the amount boasted by Rams running back Todd Gurley, with whom Zeke has been jostling back and forth with all season long in the rushing yards race.

Over the course of the Cowboys’ three-game winning streak, Zeke’s been balling out on the ground to the tune of 131 per game. His efforts in the passing game are what’re really eye-opening, though. Just 11 games into this year, Zeke has already set a career high in catches (47) on the season, while already tying his rookie year total in receiving yards (363).

With no real elite defenses remaining on the Cowboys’ schedule, it’ll be exciting to see where his numbers lie at seasons end.

While the Cowboys’ defense is ranked among the top squads in the league by most any metric, one area where the team has been lacking somewhat is on the takeaway front. Coming into Thursday’s game, the defense had only managed to snag four interceptions all season long.

But with Colt McCoy filling in at quarterback for Washington in place of an injured Alex Smith, the defense was able to almost double its season-long interception total as Anthony Brown, DeMarcus Lawrence and Xavier Woods each collected a pick apiece.

It wasn’t just the Redskin’s aerial assault that the Cowboys stifled in Week 12, either. The Hot Boyz also held Washington running back Adrian Peterson to only 35 rushing yards on the day.

Honestly, the final score really didn’t do this game justice. After allowing the Redskins to hang around in through the first two quarters, the Cowboys just dominated the entire second half of this one.

There’s no way around it: The Cowboys looked pretty great on Thursday.

A couple of weeks ago, it seemed impossible that the Cowboys could string together three big wins like this — and yet that’s just what this team has done.

Could the magic run out soon, though? With Dallas welcoming one of the best teams in the league to Jerry World next week in the form of the 10-1 New Orleans Saints, the Cowboys are, if nothing else, about to face a big test.

But this team is riding high, and I remember a time — in 2009, to be exact — when the Cowboys knocked off an undefeated Saints team on the road like it was no big deal.

Facing the NFL’s all-time leading passer in Drew Brees will be a chore, but this Cowboys team has fared well in its home games this season, registering a 4-1 record in such games. Could they up that record to 5-1 while winning their fourth straight game in a row? Hey, anything’s possible!