After The Cowboys Took An L, Dallas Gained A No. 1 WR. 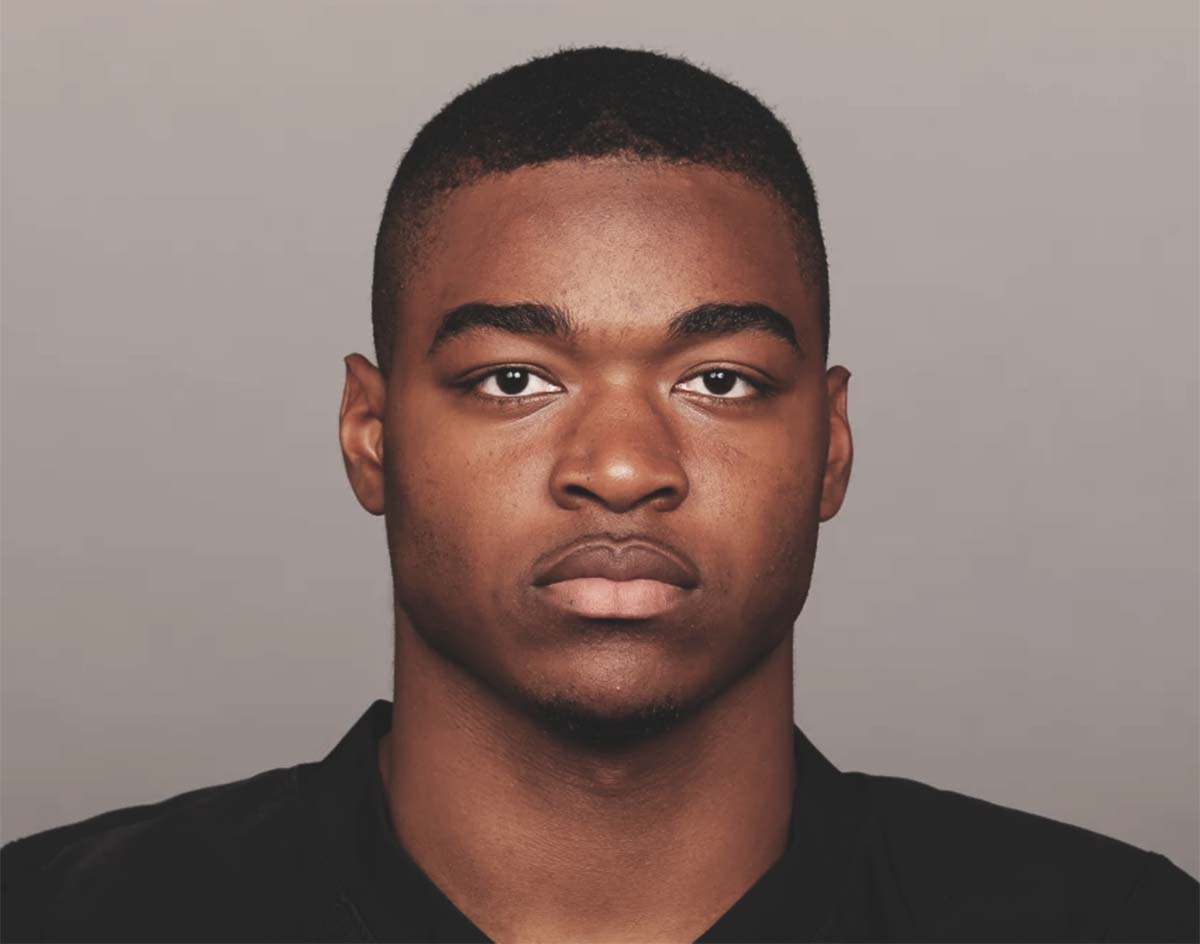 After A Disappointing 20-17 Loss To The Washington Redskins, The Dallas Cowboys Turn To Wide Receiver Amari Cooper To Right Their Passing Game Woes.

The Dallas Cowboys came into its Week 7 contest against the Washington Redskins looking to take sole possession of first place atop a wide open NFC East. They left the nation’s capital with an 0-4 road record.

Maybe we should’ve been prepared for that.

Really, it was irresponsible of us to expect anything less than an up-and-down game from the latest entry into this rivalry. And that’s what we got, as the league’s No. 4 and No. 5 defenses squared off against one another in a low-scoring affair that wasn’t determined until the final play of the game, which itself was heavily influenced by the referees.

It was an entertaining divisional game, for sure. And it was just what you should expect out of a rivalry game — even one that, following Sunday’s 20-17 loss, still finds the Cowboys handily leading, 70-45-2 all time.

That it happened amidst a frustratingly up-and-down season within the annoyingly up-and-down Cowboys era under head coach Jason Garrett and offensive coordinator Scott Linehan’s watch? Well, that just makes sense, too.

Also not even a little bit surprising? That, just when Cowboys fans were ready to point fingers absolutely everywhere with this team heading into a much-needed bye week with a record of 3-4, the Cowboys would go ahead and trade for a Pro Bowler that management thinks can turn this team around — and fast.

As fans were still licking their wounds from Sunday’s loss, the Cowboys grabbed league-wide headlines by shipping their 2019 first-round draft pick to the Oakland Raiders for 24-year-old wide receiver Amari Cooper — basically the exact kind of No. 1 wide receiver talent that fans and pundits alike have been saying this offense needs in order to function properly.

Here’s what we’re wondering: Is it too little, too late? Is this a move for this year or for the future? Or is this team too far gone either way for a move like trading for Cooper to change its trajectory in a way that, say, a coaching change could not?

Just something to think about as we take a close look at what the biggest factors that contributed to the Cowboys’ fourth loss on the year.

Return Of The Wack.

It doesn’t take much to make Dak Prescott look like a bad quarterback — just some pressure is all.

The Redskins showed their awareness of that early and often against the Cowboys, forcing a fumble from Prescott during a first-quarter 4th-and-1 conversation attempt that felt like a metaphor for the fact that, no matter what the Cowboys D does this year, the offense is just always going to come up short. Hell, Prescott even broke the 200-yards-passing marker that he so often has difficulty getting past in this game — he threw for 273 yards — and it still wasn’t enough.

He was sacked four times.

Whereas Prescott definitely passed the eye test in last week’s win, he consistently looked overwhelmed in this one.

Hey, at least there’s always Ezekiel Elliott there to carry the burden for him and the rest of this team, right?

No, not always: Zeke was shut down on the road in this one. He only contributed 13 rushing yards in the first half of the game, and only totaled 33 yards on 15 carries all game long. That’s the same amount that Prescott had on this game, upping his season rushing total to 236 yards, which is second among quarterbacks in the league this year.

Still, 66 yards on the ground ain’t gonna cut it. That’s what happens when a team is able to focus on stopping the Cowboys’ run game, knowing full and well that Prescott won’t be able to beat them over the top, through the air.

How much of the Cowboys’ passing game woes are due to Prescott’s inabilities, though? Surely, some of the burden belongs to this year’s shitty receiving corps.

While Michael Gallup flashed some ability on Sunday, catching three passes for 81 yards, including a long 49-yarder for a touchdown, he doesn’t quite seem ready for primetime. Meanwhile, Cole Beasley, while a fine slot option, isn’t ever going to be confused as anyone’s No. 1 wide receiver. And offseason acquisition Allen Hurns? He’s pretty much officially a bust at this point, having hauled in just 158 receiving yards in seven games as a Cowboy.

Honestly, Cooper can’t get here fast enough. If nothing else, him joining this group lightens everyone else’s burden and draws at least some defensive attention his way after having put up two 1,000-yard receiving seasons in his first three NFL seasons in Oakland. Beyond that obvious benefit, there’s a lot lot like about his arrival: Cooper is speedy, he plays big, he runs smooth routes (with an especially effective double move) and he appears willing to line up all over the field. Here’s hoping that Cowboys use him in a similarly effective way — because it doesn’t seem too likely that Prescott suddenly finds himself capable of making passes that Cooper’s old QB, Derek Carr, couldn’t.

While his acquisition seems like a clear response to owner/GM Jerry Jones’ earlier assertions that the Cowboys didn’t need a No. 1 receiver this year, there’s also reason to believe that this move is being viewed in the front office as more of a move for the future than the right now. For one thing, they gave up a valuable first-round draft pick to bring him around; for another, he’s just 24-years-old, which puts him in the same age group as rookie wideouts Courtland Sutton, DJ Moore and Calvin Ridley, who were the wideouts talents available to be drafted in this past year’s first round.

Maybe, in time, Prescott and Cooper can develop a bond that Cooper and Carr couldn’t in the last three-and-a-half years.

Get The Damn Ball!

No one will deny that this Cowboys defense is stout — after Week 7, this team is giving up the second-fewest points (17.6) and third-fewest yards (313.7) per game of any team in the league — but it’s becoming increasingly curious that this team isn’t corralling turnovers.

For all of the Cowboys’s successes on this side of the ball this year, the team has only snagged six takeaways through seven games — two interceptions and four fumble recoveries. In stark contrast to the rest of the team’s defensive ranking this season, that total is only good enough for 24th in the league.

With the offense sputtering, the Cowboys defense has to do more than just not break — it’s got to create chances. That’s something the Redskins did on Sunday, even with a few key players missing the game due to injury. For all of Dallas’ other struggles, it was ultimately Washington’s two takeaways — including one that was returned for a touchdown — that made the difference in this game.

Not Exactly A Storybook Ending.

The crazy thing about this Cowboys team — and every Cowboys team in recent memory, honestly — is that, as bad as things are, this team somehow isn’t that far off.

Were Dallas not bamboozled by a phantom false start call that would push Brett Maher back five yards on his regulation-ending field goal attempt to force overtime, maybe his kick doesn’t hit the post. Maybe it sails through the uprights instead. And maybe the Cowboys leave D.C. with a W instead of an L.

Listen, there’s just no way of knowing whether something like that could happen.

But the end of the game showed something we all know to be true: When you boil it down to its core, football really is a game of inches, isn’t it?

In a game where just a little push this way or that way can make all the difference, maybe Cooper’s addition really will put this team over the top. And maybe, on day, pigs will fly.

Even with a 3-4 record, the Cowboys still aren’t down and out this year. The NFC East is still up for grabs, and with nine games left in the season, the Cowboys somehow currently sit in second place.

Loads of questions may remain about this team’s identity and its future alike. But, with Cooper in the fold, at least there’s reason for fans to be more cautiously optimistic than reluctantly pessimistic. And with the team having a bye week to right its ship before welcoming the Tennessee Titans to town in Week 9, we’re sure the Cowboys faithful will use this time to stay on the bandwagon at least a little bit longer.