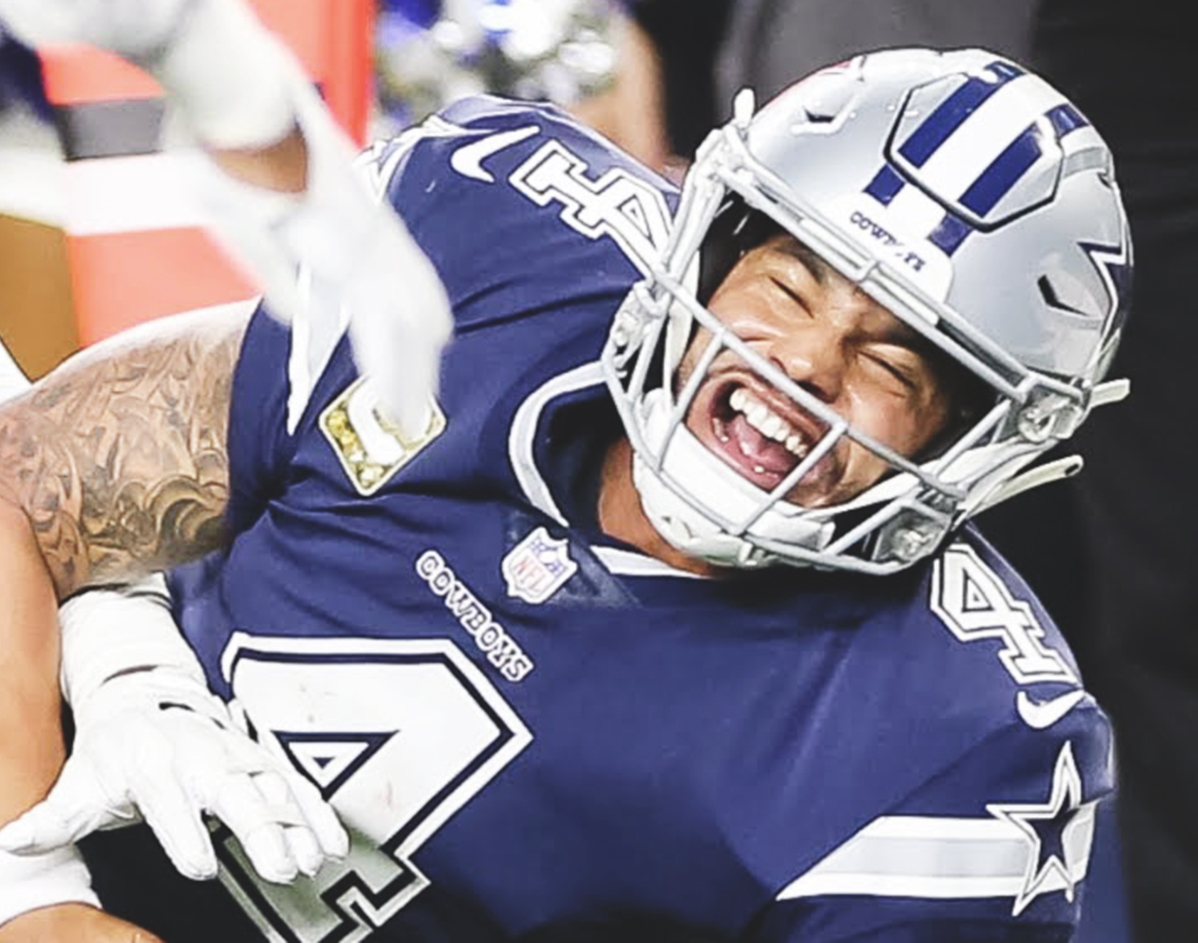 Now Boasting A 3-5 Record After A Devastating 28-14 Home Loss To The Tennessee Titans On Monday Night, It’s Looking Like Dallas’ Season Is Already Over.

The Cowboys had two whole weeks to bounce back from Week 7’s disappointing loss to division foe Washington Redskins and prepare for last night’s Monday Night Football match-up against the Tennessee Titans.

And y’know what? From the outside in, it looked like they were doing OK! It sure appeared as if they were trying to instill some changes, anyway, firing of their O-line coach and trading away of their 2019 first round draft pick to acquire a true number one receiver.

Eventful as the week was, though, it didn’t amount to much. After a somewhat decent start to the game, the Cowboys had by halftime relinquished most all control in Monday night’s game to the visiting Titans, eventually losing the game 28-14.

It was a frustrating game to watch unfold.

At this point, Cowboys fans should be used to this. What we saw on Monday was the same below-average display that this team has been trotting out onto the field for years now — an effort that’s just good enough to convince fans that there’s a glimmer of hope on the horizon and, inevitably, blows up completely.

Last night, it became clear: This year’s Cowboys team is as pedestrian as ever.

Here are the things that bothered me most while watching the Cowboys’ first home loss of the season.

This Dak Roller Coaster Is Getting Old.

Is Rayne Dakota Prescott complete ass or is his coaching staff just constantly putting him in horrible situations? Yeah, OK, maybe it’s a little bit of both. Either way, it’s infuriating to watch.

In the NFL the quarterback is more than just a leader; he’s supposed to be a tone-setter, too. But Prescott plays scared pretty much always. He fears mistakes badly, only to make them anyway. He treats the football like a baby with candy — he holds on tightly, but it’s still easy to take it from him.

And he’s not even productive: In three first quarter red zone trips — and we’re talking, like, the four-yard line — he only got the offense seven points. It should’ve been 21! Blame the play calling, him forcing a bad ball to new weapon Amari Cooper or even Brett Maher’s inability to sink a chip shot.

Regardless, Prescott’s inaccuracy — and inconsistency — continues to be a problem. Does he flash moments of solid play? Sure. But he’s in his third NFL season! He should do that. There doesn’t seem to be any progression or growth, though.

Are asking too much of a fourth rounder who wasn’t supposed to be a starter so early on in his career? Maybe! Especially when Kellen Moore is in charge of his development as a player…

Heading into this Titans game, the Cowboys shook up their coaching staff a bit by firing newly acquired offensive line coach Paul Alexander. Rightly so: After just seven games, it was evident that Alexander couldn’t get the job done. This team gave up 23 sacks under Alexander’s watch!

In his place, assistant offensive line coach and former Cowboys offensive tackle Marc Colombo was promoted to O-line coach. In turn, this team gave up five sacks, and only cleared enough space for Ezekiel Elliott to gain 61 rushing yards in the game.

I assume the O-Line deficiencies won’t be an overnight fix.

Amari Cooper’s Addition Is Too Little Too Late.

Jerry Jones — or whoever is running the show in the Cowboys’ front office these days — made a bold move during the team’s bye week, sending next year’s first round pick to the Oakland Raiders for wide receiver Amari Cooper, a young talent who still has his best games in front of him.

Listen, every trade is a gamble. But Cooper looked fairly solid in his debut!

With just under two weeks to learn the playbook and a quarterback who ain’t shit, Cooper managed to haul in five catches for 58 yards and a touchdown in his first game for Dallas, proving his caliber as a true No. 1 NFL wideout.

Can Cooper help this offense? In the long-term, yes. But it may be too little too late for this season. Here’s hoping Cooper and wide receiver’s coach Sanjay Lal keep an eye toward the future in their work together.

This Shitty Offense Is Wasting This Great Defense.

Even in troubling times, the Hot Boyz still shine. They came out blazing in this one, collecting two quick turnovers and putting the offense in prime position to run the score up fast. And without Randy Gregory and David Irving, no less!

Yes, once again, this front seven lived up to its considerable hype. They came into the game as the league’s No. 1 scoring defense, only giving up 17.6 points a game — and they played like it early one, with Jaylon Smith all over the place and recovering a fumble, and Demarcus Lawrence having a strip sack fumble early on.

Here’s the problem: They stayed on the field too long. They had no time to rest because Prescott couldn’t get a damn thing going on the other side of the ball.

A bitter pill to swallow, for sure.

So Sean Lee walked off the field in this one with yet another hamstring injury. Man! Poor guy can’t catch a break.

Depending on the severity of the injury, it’s quite possible last night’s game was Lee’s last as a Cowboys. That’s looking like the responsible play at this point: Jones and the Cowboys’ front office is loyal to a fault with its favorite players — and there’s no doubt Lee is in that group — but the Cowboys stand to save $8 million in cap space by releasing him in the off-season.

With Leighton Vander Esch and Smith coming into their own, maybe it’s time for Lee’s chapter in Dallas to come to its merciful end.

Sitting with a 3-5 record, it’s not a stretch to say that this season is over. A brutal stretch over the next five games — two games against the Eagles, plus match-ups against the Falcons, Redskins and Saints — pretty much cements that fact.

I mean, c’mon: This team struggled with Mariotta. They’re going to catch hell when faced with Carson Wentz, Matt Ryan and the NFL’s all-time passing yards leader, Drew Brees. Even more interesting, Brees may even have an extra weapon when the Saints and Cowboys play at the end of this month: Our old pal Dez Bryant has a tryout with New Orleans this week.

Of course he does!

Ugh. This team sucks. The coaching and quarterbacking — the two most important elements in getting a team going — are consistently letting this team down and wasting Zeke’s prime.

Legendary Cowboys QB Troy Aikman is making headlines this morning by calling for a “complete overhaul” of this franchise. It’s time people in the organization started listening.