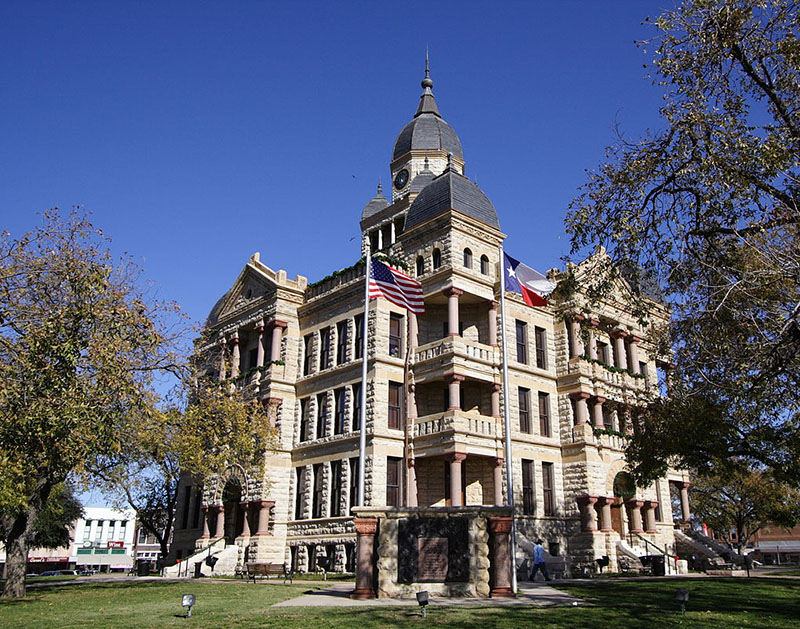 The North Texas Town Is Set To Become The Largest City In The United States To Purchase Its Electricity Exclusively From Renewable Resources.

Looks like Dallas’ neighbor to the north is about to take a giant step into the future.

Last week, Denton’s city council voted to approve a new energy plan that would require the city’s publicly owned electricity provider to exclusively buy electricity from renewable sources by 2020. The plan will make Denton the largest city in America to go 100 percent renewable with its energy grid, and the second city in Texas — after Georgetown — to do so.

See Also:
• DENTON VOTES AGAINST REMOVING CONFEDERATE MONUMENT. // Instead Of Removing The Controversial Confederate Monument On The Square, A Committee Voted To Add A Plaque And Video Monitors — Y’Know, For Context!
• NO MORE SMOKING IN DENTON BARS COME 2018. // Two Years After Denton City Council Began Its Effort To Prohibit Smoking In Denton Bars In 2015, The Grace Period To Comply With The Rules Is About To End.
• BIRTH OF A STATION: DENTON’S KUZU FINALLY LAUNCHES. // Some Seven Years After The Idea First Began Percolating, Local Denton Radio Station KUZU Is Now Broadcasting Across The City’s Airwaves.

Denton Mayor Chris Watts has been vocal in his support of the switch, which will see Denton Municipal Electric purchase mostly solar and wind energy moving forward.

“We want to make sure we are doing what we can for the environment,” Watts told NBC DFW. “But it is also good business because of the market that we are in right now.”

The city already buys 44 percent of its electricity from renewable energy sources, with most of it coming from wind farms. Denton Municipal Electric also already offers customers an option called the GreenSense Renewable Rate in which they can choose to get their energy from green sources.

In going fully green, Denton officials apparently worked behind the scenes with officials from Georgetown and with Enterprise Risk Consulting, the firm that helped Georgetown make the switch.

Of course, this also isn’t the first time that Denton has forayed into environmental conservation efforts. Back in 2014, voters approved a citywide ban on the fracking process only to have the Texas legislature promptly pass a measure that limited Texas cities’ ability to dictate the way energy companies operate.

In the wake of this latest move, it would appear that there’s some truth to the Denton-housed University of North Texas’ Mean Green nickname after all — well, so long as we’re talking the energy sector and not the football field (this past season notwithstanding).