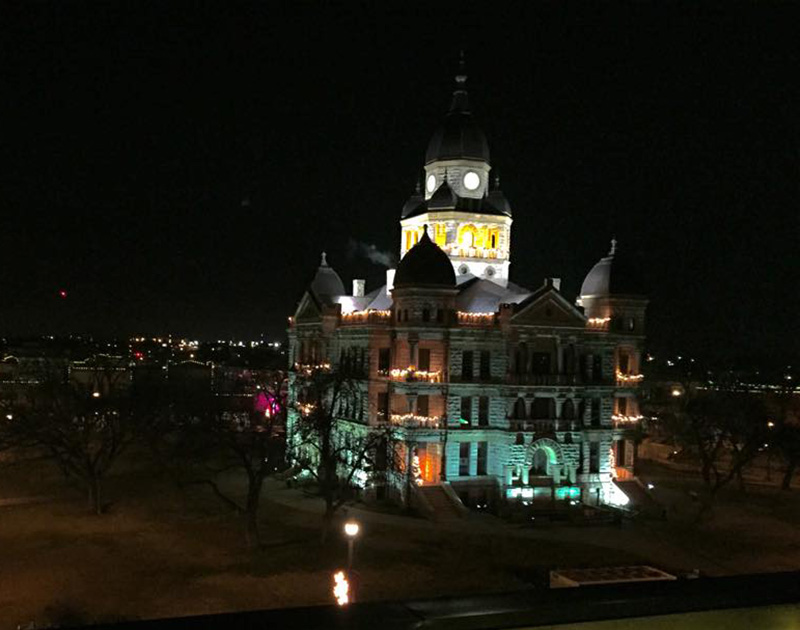 Two Years After Denton City Council Began Its Effort To Prohibit Smoking In Denton Bars In 2015, The Grace Period To Comply With The Rules Is About To End.

The bars within the city limits of our musically inclined neighbor to the north will officially have to ban smoking inside of their establishments come the start of the 2018 calendar year.

When the Denton city council passed a smoking ban in Denton bars and clubs in 2015, it gave some spots until the end of 2017 to comply. Initially, the ban was met with resistance from bar owners whose establishments did not have outdoors patios where patrons could smoke. But most bars and clubs complied much earlier than was required.

See Also: Fort Worth is soon to be smoke-free.

“I don’t get how government can tell businesses what they can and cannot do with smoking,” Dan’s Silverleaf owner Chris Hawley said at a meeting in 2015 before the ban passed. But, by that point, Dan’s was already mostly banning indoor smoking, especially when shows were taking place inside of its venue.

Initially, Denton passed a smoking ban in 2012, although it only affected city buildings, restaurants and bowling alleys, and made specific exceptions for bars and clubs. The passing of the ordinance in 2015 was largely welcomes as popular spots around town such as Eastside Social Club, Lucky Lou’s, Cool Beans, Oak St. Drafthouse and Riprocks Bar & Grill already had patios, while others like Dusty’s Bar & Grill added a smoking area to their build-outs.

Still, the final move will clearly take some getting used to, as Dusty’s owner Jennifer Gibbs explains.

“If you’re wondering if we’re excited about it, the answer is no,” Gibbs told the Denton Record-Chronicle this week. “We’re still not happy that the government is going to police our business. But we’re doing the best we can.”