Things To Do In Dallas On Wednesday, February 14. 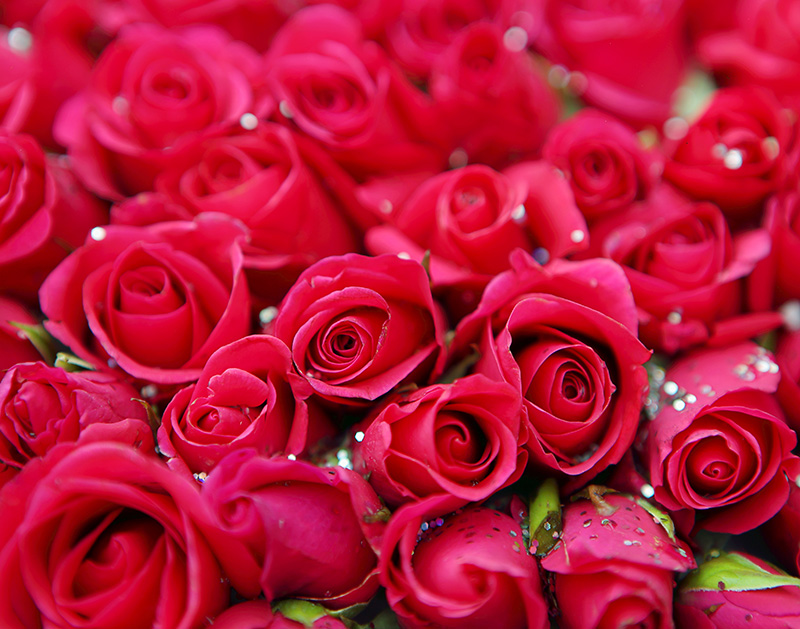 See The Made In China Higher Brothers At Cambridge Room, Find Love With Amélie At Texas Theater And Feel The Love This Valentine’s Day All Around The City.

It’s an election year and we know who we’re backing: Governor Angus, a three-year-old dog from Hutchinson, Kansas.

Terran Wully, Angus’ human, decided to enter his dog into the race after reading about six teenagers filing to run for governor because — get this — Kansas doesn’t have an age requirement for people running for that office.

Of course, there’s also the fact that you have to be — you know — human to run for office. The Kansas Secretary of State ruled that Angus can’t legally run for office even with the age loophole because he’s a dog. And as adorable as the world might be if dogs ran things, we would also live in chaos. Treats would be free, of course, so that makes one wonder…

While Angus may have his limitations, you do not. And you are free to head out to any of these events going down today on this day of Saint Valentine’s. So get out there, have fun and spread the love, Dallas.

Ricki Derek’s Valentine’s Day Double Feature at Granada Theater
The man with the golden voice will be singing all the classic  love songs you and your boo can handle. And after that, the Granada will screen the super romantic Cary Grant classic, An Affair To Remember.

Amélie at Texas Theatre
A French-language classic about how a very quiet woman and an equally awkward young man seduce each other by stalking each other around their city. Just kidding. Well, not really, but this film is hella romantic.

Chop & Screw Valentine’s Day at Independent Bar & Kitchen
Local DJ Black Taffy will chop and screw all your favorite slow jams. And if you want to hear one of your favorites all chopped and screwed, then bring a cassette tape and give the man something to do. No cover.

The Higher Brothers at Cambridge Room (House of Blues)
The four-member rap group out of China isn’t afraid to toe the line at home where everything from song lyrics to social media is censored. And now that these guys are stateside, think about all the dope social commentary they’ll want to dish. Show starts at 7 p.m.

Ultimate Heart Valentine’s Day Party at Gas Monkey Bar N Grill
Feel the love at Gas Monkey tonight with Heart Tribute Even It Up and Foreigner tribute Double Vision. The show starts at 7 p.m. and admission is free.

Eric Johnson at House of Blues
One of the finest guitarists in the game will be performing his classic 1990 album Ah Via Musicom in its entirety on this 2018 North American Tour with two of his original band members, Tommy Taylor and Kyle Brock. Doors open at 8 p.m.

Second Annual 214 Party at Spinster Records
For the second year in a row, Spinster Records is throwing shindig where you’ll be able to get some dope Dallas-themed tats for just $25. Click on the link above to see what the event is about and see the designs that might be available today.

Blood Letters, Hoodrat at Three Links
If you and your boo are punk rockers at heart and just need a place to rock out together, then this night dedicated to punk rock is your best bet. And if you’re riding solo, then hey, maybe you’ll meet someone equally as metal as you.  American Minority also performs.

Valentine’s Love Fest at All Good Cafe
The Cutlers duo will be performing love songs while you eat dope country-style food and maybe some pie.

Vintage Valentine’s at The Statler
Keep it old school at The Statler. If you’re looking to wine and dine your boo with your wallet, then this a good stop. Tickets go for $120 and get you a three-course dinner, a couple of drinks and live music from Hunter Sullivan’s 15-Piece Band.

Oral Fixation: Stick Together at Moody Performance Hall
Various locals will tells stories about their experiences with love in all its forms: romantic. platonic, parental and self-love. If you’re looking for a feel good time this Valentine’s Day, then head out to this all-around exploration of love that kicks off at 7:30 p.m.