Demolition Is Underway At Deep Ellum Venue The Door. 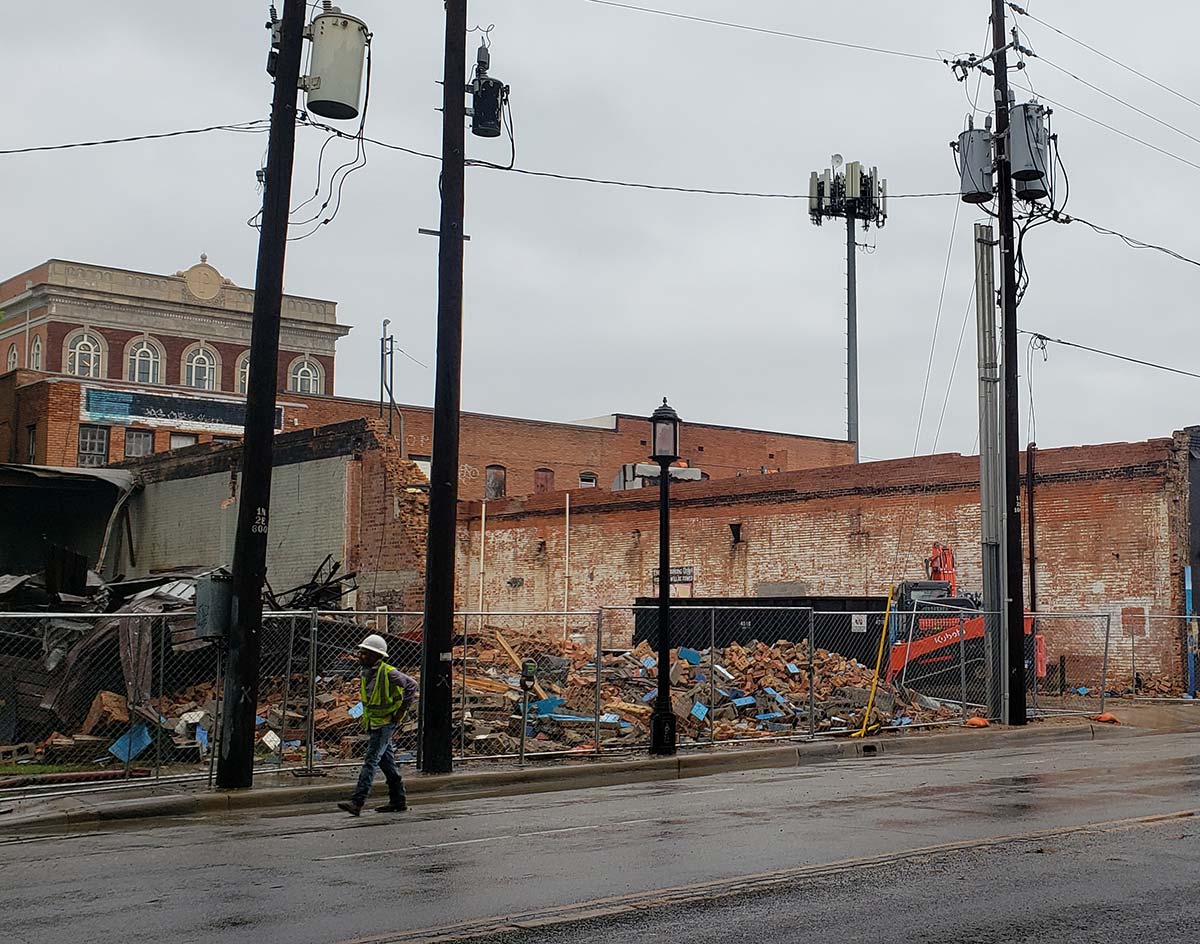 The Beloved Event Space, Which Also Operated For Spells Under The Gypsy Ballroom And 2513 Deep Ellum Banners, Is Officially Turning To Dust.

We’ve known this day was coming since at least late 2017, but only now has it finally arrived: Demolition on the beloved Deep Ellum venue The Door is officially underway.

Heavy duty equipment is currently being used to demolish the warehouse space adjacent to the venerable venue located at 2513 Main Street.

Construction workers on the site say they expect they’ll begin tomorrow the process of tearing down the actual concert space, which also operated for years as the legendary Gypsy Ballroom and, for a short spell at the end of its run, as 2513 Deep Ellum.

The last event held in the space came in April of 2019.

Since the eventual demise of The Door was announced in 2017, its former owner Russell Hobbs has maintained that the venue’s smaller, sister establishment The Prophet Bar — located on Elm Street and connected to The Door by an indoor hallway that also held its bathrooms — would one day re-open.

Reached by text this afternoon, Hobbs says that remains the case — albeit one delayed by the still-ongoing coronavirus pandemic. Now, he says The Prophet Bar, which itself was gutted in advance of expected construction upgrades in July 2019, is expected to reopen in its old home at some point in 2022.

Interestingly, Hobbs says that his landlords at Westdale Asset Management still expect to have the Prophet Bar space connected to both Main and Elm streets in their construction plans.

“Last I heard, a mini mall [is being built] in the old Door space,” Hobbs texts. “[There’s] supposed to be a passageway through there next to The Prophet Bar [for people] to walk to Elm Street.”

We’ve reached out to Westdale representatives for further confirmation of these plans. We have yet to hear back.

After a wild 2020 in which most economic forecasts were justifiably thrown out the window due to the still-ongoing coronavirus pandemic, Westdale too as been forced to adjust course. Following the big, late 2019 reveal that the San Francisco-based rideshare giant Uber would be opening up a major operations hub at Westdale’s massive and long-in-the-works The Epic project just across the street from The Prophet Bar, it was revealed in late 2020 that pandemic-induced downsizing was forcing Uber to sublease some of the office space that it had committed to filling up within the complex.

While it was initially feared that The Epic’s construction would mean the end of another iconic Deep Ellum music venue in The Lizard Lounge, that turned out to not be the case — only for the venue to be forced to shutter months later due to complications brought on by the pandemic.

Most of the side of the Elm Street block that the Prophet Bar sits upon is currently under construction as part of Westdale’s plans to upgrade those properties as a sort of ancillary development to the nearing-completion efforts across the street at The Epic.