White Noise: The Door Is Closing At The End Of The Month. 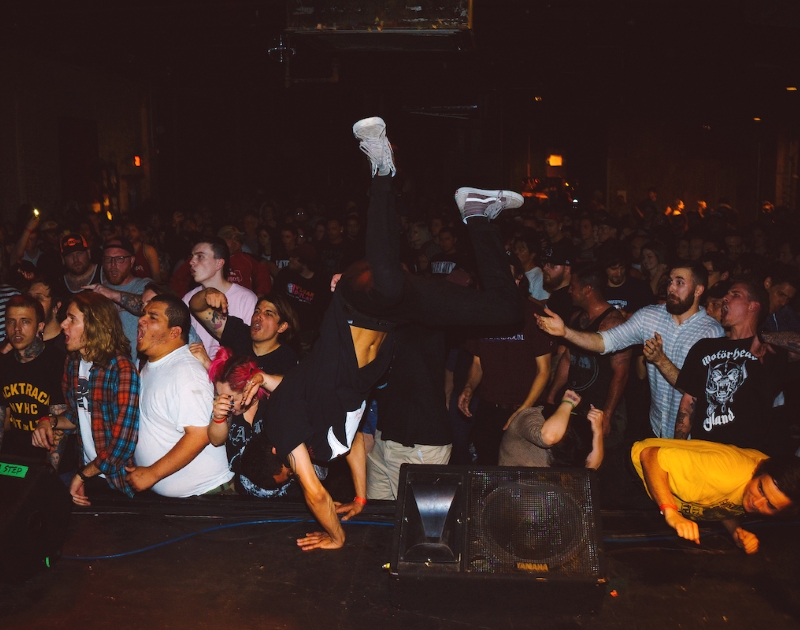 A Chance To Pick Up One Of Those Record Store Day Exclusives You Might’ve Missed, And A Few More Chances To Enjoy The Door Before It Closes For Good.

This past weekend, a dozen-or-so local record shops took part in celebrating the 12th annual national Record Store Day, several of which we included in our regular weekend rundown.

But there were a few things we missed.

Take, for instance, the fact that Cedars brewery Four Corners Brewing  and Field Day Records teamed up to drop what they’re calling their first annual RSD exclusive. The collaboratively released seven-inch vinyl — named Local Buzz after one of Four Corners’ beers — includes a song by Oscar DeLaughter on one side and another by Brave Little Howl on the other.

Don’t be too bummed if you didn’t hear about it in time to snag one on Saturday, though! You’ll have a second chance at this weekend’s Four Twenty event at the brewery, which features a set from Brave Little Howl (among other festivities).

Another RSD exclusive worth hunting on the collectors market is Erykah Badu and James Poyser’s cover of Squeeze’s 1981 smash “Tempted.” Aside from The Roots keyboardist, the track also includes Thundercat on bass, among other notable musicians. Until this new seven-inch, the track had never been released digitally or even performed live. Fun fact: We’re told Badu recorded her vocals at the Polyphonic Spree‘s rehearsal space. Hear the track here.

Alas, it wasn’t all good news this past weekend. After its set at Sunday’s day-delayed Homegrown Fest, Houston band The Suffers took its van and trailer to the shop at Dallas’ Randall Reed’s Park Cities Ford to get some work done. But its trailer, which the band parked on the lot overnight as the work was being completed, was stolen along with tons of the band’s gear. Posted the band on Facebook: “In the middle of the night, someone stole our trailer off the lot. We had to leave the trailer there due to having no alternative option to get it home at the time, and now we are gutted because what we thought would be a safe place to store it, ended up being the worst place.” If you happen to see a trailer with Texas license plate 271269J  — please do the band a solid and contact the local authorities.

Something else to be on the lookout for is the debut record from ancient Fort Worth metal outfit Complete, which the band says should be out sometime this summer. In spite of being an official SXSW artist almost every single goddamn year for the past couple decades, the cult favorite band has somehow yet to release a proper studio LP.

Likewise, Arlington retro-rockers Phantomelo is throwing a release show for its debut EP this Friday at Lola’s.

Speaking of: It looks like The Door will be shaking and baking for one its last go-arounds tomorrow night. The free party will feature some local DJs and other talent.

Anyway, in spite of eulogies we ran for the venue all the way back in December 2017, which preceded an extended run for the space under the 2513 Main moniker, we’re told this ending isn’t just a mirage. The space’s last-ever day will come at the end of the month. Between now and then, there’ll be just a few more opportunities to rock out in the old Gypsy Ballroom space. Those would be as follows:

As for the Prophet Bar/Gypsy Tea Room, we’re told that room will live on, although a temporary closure is expected for renovations — including, we presume, finding a way to get the Elm Street and Main Street properties separate bathrooms, as opposed to the shared ones they’ve boasted for all these years.

The Door cover photo by Karlo X. Ramos. Got a tip for White Noise? Email us!