The Door Can Move, But Its Spirit Will Never Leave. 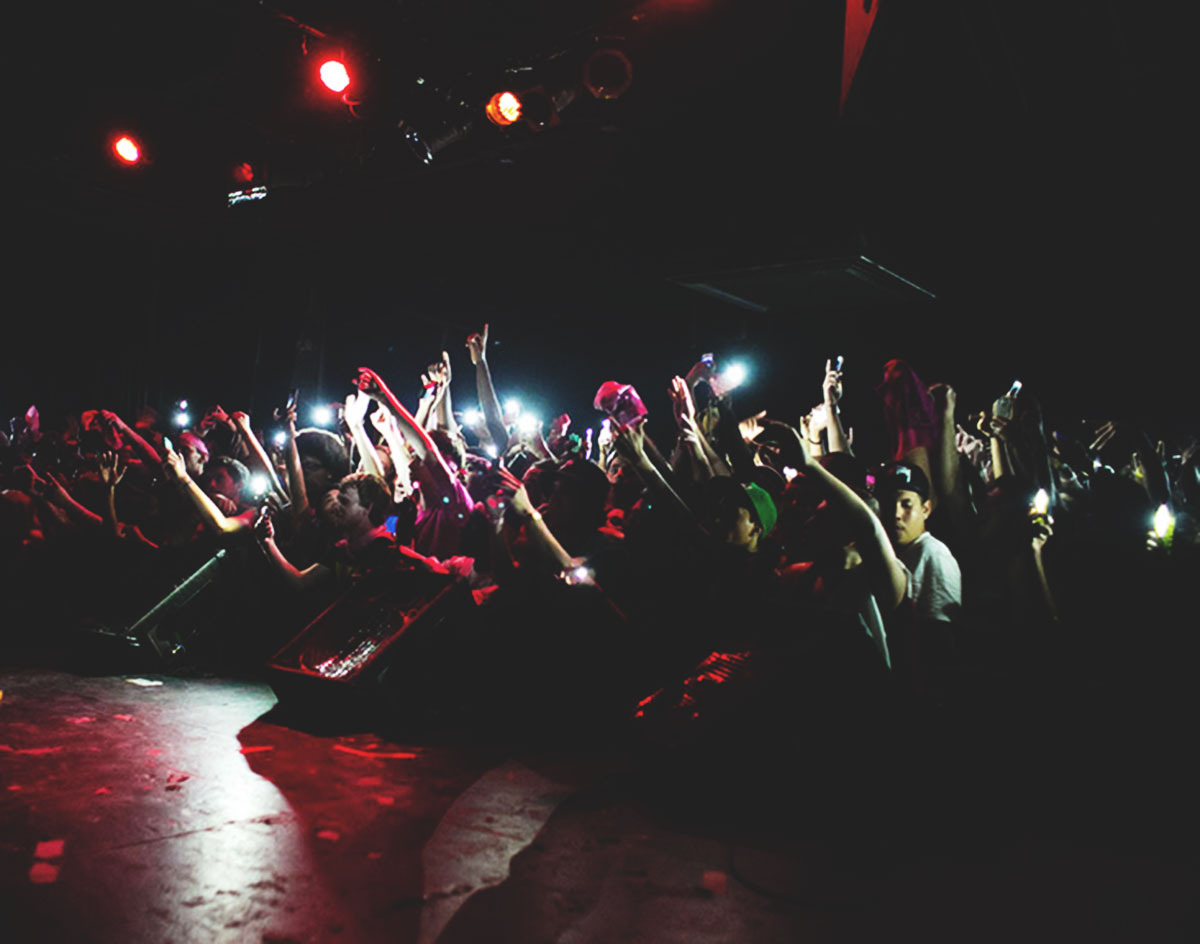 After 20 Years In Deep Ellum, Concert Venue The Door Is Taking Its Show Elsewhere. But Its Spirit Will Live On, Says Longtime Promoter Mike Ziemer.

Editor’s note: When we found out that The Door would not be renewing the lease on the building it has occupied since 2007, we reached out to Third String Productions‘ Mike Ziemer, one of the venue’s most prominent bookers in the last decade, and asked for his perspective on the news in the form of the essay you see below. On Saturday, December 30, Ziemer’s company will throw a show being billed as “The Door’s Final Show” and featuring a headlining performance from Oh, Sleeper. Head here for tickets and for more information.

For those of us that grew up as a part of the MySpace Generation, screamo, emo and pop-punk shows were what we lived for. And if you lived in Dallas, your home was a venue known simply as The Door.

Hell, even before MySpace, the simply, black-and-white calendar pages on The Door’s website and similarly designed handbills posted around town might as well have been our bible.

I’ll never forget waiting in long lines to catch then-up-and-coming bands like Fall Out Boy, From First to Last, Chiodos, Taking Back Sunday, Saosin, Underoath, Every Time I Die and more play The Door. It didn’t matter if it was pouring rain, scorching hot or freezing cold, my friends and I waited to pack into that room as if we’d been waiting our whole lives to see these bands play.

Then, once they took the stage, we lost our ever-loving minds.

Those were the days.

For years, I’ve been trying to recreate that experience for a new generation of Dallasites, booking shows all across the region but maybe most frequently to The Door. Through that relationship I’ve now established with the venue, I knew even before the word broke that The Door would be closing shop in Deep Ellum with the end of the 2017 calendar year. But that doesn’t mean the news hit me any softer. Over the past few weeks, it’s been impossible for me not to reminisce about what this venue has meant not just to me, but my friends.

Of course I’m nostalgic about the time we’ve spent there.

To us, the old home that The Door occupied on the edge of Deep Ellum — the place where it got it start as an all-ages, Christian-inclined space where parents weren’t scared to send their kids — represents a time where music simply ruled everything. Back then, if you can believe it, people didn’t take out their phones during shows. Hell, at that original location of The Door, there wasn’t even a bar serving alcohol. And hardly anyone ever even left the venue for smoke breaks (although plenty just said “Fuck it!” and smoked inside). To us, The Door will always recall the times in our lives when we all left all our shit at home and showed up early, ready to let out every emotion possible during a concert. When the bands were playing, we moshed, we crowd-surfed, we stage-dove and we pushed as close to the stage as we could. When they weren’t playing, we gathered to geek out on the performances we’d just seen, making new friends. It was a community unlike anything else I’ve been a part of.

I have distinct memories of watching Fall Out Boy open for Allister (who?) there, performing in front of, like, 40 people. I was one of those 40; Fall Out Boy was my favorite band at the time and I was convinced they were going to “make it.” Turns out I was right; the next time they came through, it was for a sold-out show. Another wild time was when Every Time I Die brought everyone on stage with them to hit their cowbell, and the whole thing just turned into a big dance party with no separation between the band from the crowd. Everyone there will remember that one forever, I think. Same goes for the tour with Brand New and Senses Fail that stopped through, and how the fire marshal shut down the over-crowded venue and a riot almost ensued. And then there was the time Wes Borland from Limp Bizkit came through with From First To Last, performing with that band while Sonny (now Skrillex) was still in the band.

The memories go on and on from my early years at The Door. I think it’s that way for most every Dallasite of a certain age, too. No matter what show it was, it always felt like it was your show, and you were part of it.

When The Door eventually relocated from its original location to the former home of the Gypsy Ballroom, the legacy it created moved with it — just for a new generation, one that was perhaps completely naive to the venue’s earlier religious leanings. Whether it was a crowd of millennials waving their iPhone lights back and forth to ballads from Sleeping With Sirens, Real Friends and Neck Deep or for the next generation of metalcore kids swinging their arms around and dancing to Motionless In White, For Today and Attila, the spirit of the music being an escape continued. Even more recently, the venue became a popular home rap from the likes of Lil B, RiFF RAFF and Curren$y. Who even knows how many area performers played their first “real” sets their?

Yeah, maybe these sorts of things happened elsewhere, in other venues, all over the city, and in every city in the world. But The Door really did feel special, a place where anything could happen — and did, at least in the eyes of the thousands of teens who were introduced to hundreds of bands within its walls, with many harboring dreams of themselves playing on that stage some day.

Though it’s promising to find a new home — its third — in the coming months, the closing of this incarnation of The Door still no doubt represents the end of an era.

But to believe that the spirit of The Door is gone forever once it moves is to have never experienced a show there. No matter what the future holds for The Door, the same energy that has always existed within its walls will live on in the hearts of those who were there.