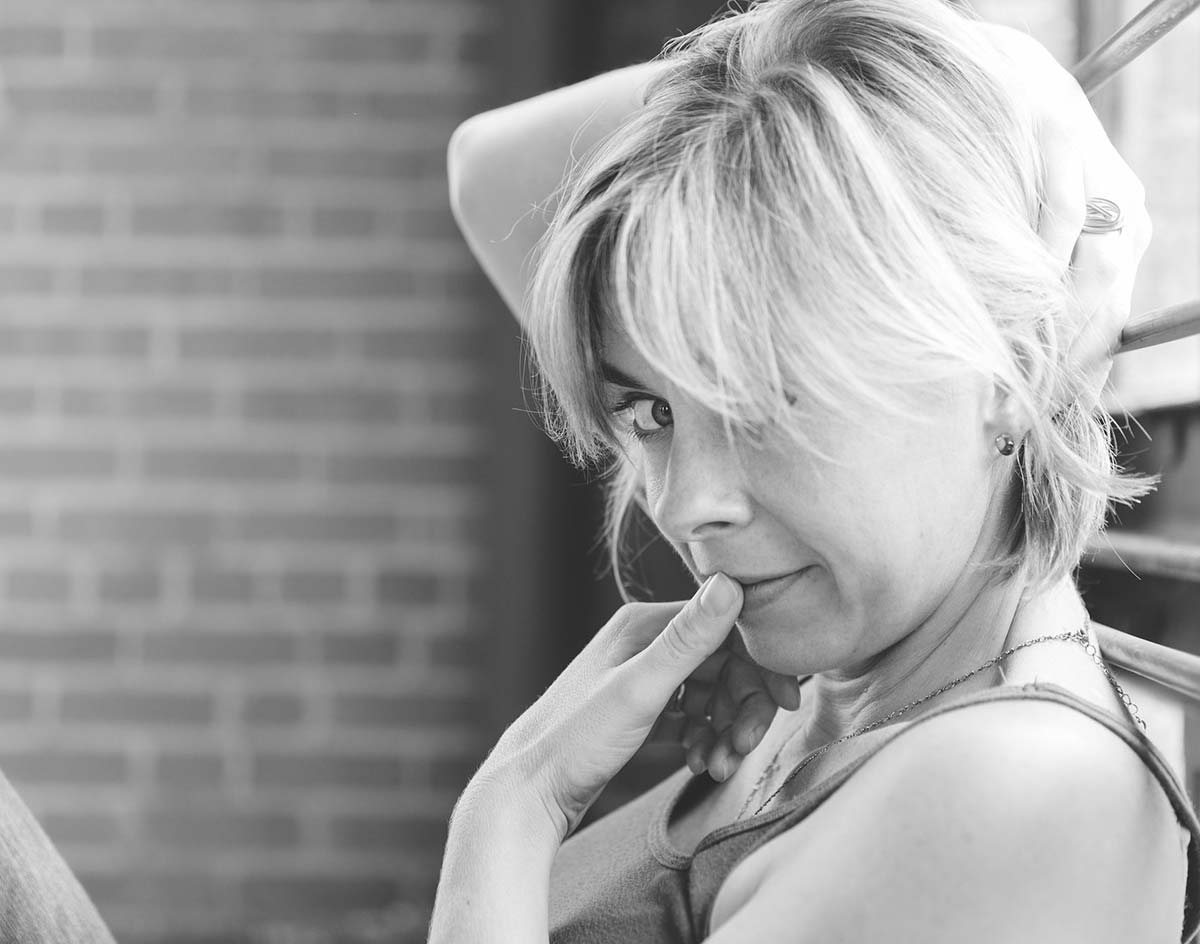 After The Pandemic Kept Her Abroad For A Year, The Singer-Songwriter Is Finally Back In Dallas — And Ready To Push The New Album She Recorded Overseas.

Last year, the Dallas singer-songwriter Vanessa Peters — stuck in Italy when travel restrictions relating to the still-ongoing coronavirus pandemic went into place — penned an honest and insightful look for us at what was very likely going to be coming the United States’ way with regards to the outbreak.

Only a few weeks ago now were Peters and her producer husband Rip Rowan able to move back to North Texas. They’re doing so with a little something in tow, too: Forced to sit pat in Italy as the pandemic responses went into place across the globe, Peters and Rowan spend the last year recording Peter’s new Modern Age LP at various pop-up Italian studios.

That album officially earns its release today, with Peters celebrating its arrival tomorrow with a performance at the lawn area behind the Kessler Theater.

To that end, we figured it was high time to catch up with Peters and learn more about how things have gone for her since she wrote that piece for us.

What was something you missed about Dallas while stuck in Italy? What is something you didn’t miss?
Besides the obvious — missing friends and family — I missed walks down by White Rock Lake and playing shows with my local music friends here. The things I didn’t miss? Traffic and being in my car all the time!  I’ve become accustomed to living in a walkable, compact town. Having to take my car for every single errand is not a thing I love.

There was speculation the pandemic would make prolific musicians even more prolific. You and Rip always seem to have songs in the works, but I’m curious: Was there a point where concerns about the pandemic made you stop working on material all together?
I definitely put things on the back burner last spring. We had just finished our covers record, Mixtape, and after our touring for that album got canceled — and the recording plans for Modern Age went up in smoke — I was feeling pretty down about things. I just didn’t want to work on new material because I figured there was no rush.  We did live streams semi-regularly, so that was a creative outlet, but I just didn’t feel like working on new material. The world felt dark and scary and I just wasn’t inspired to write at all.

Knowing you and Rip for a number of years, I feel there’s a nomadic lifestyle to what you all do. One of your last lines in the Central Track article you wrote last year was “I have never in my life slowed down so much” and seemed like it came from a forced, uncomfortable place. Can you remember the last time you had to slow down at all?
When I wrote that last year, it did come from an uncomfortable place — because the slow-down was abrupt and wasn’t planned and it took a lot to get used to. Going from running around constantly, always packing and unpacking, to just being in one place for the foreseeable future with no shows or travel on the calendar, it was a lot to absorb. But once I wrapped my mind around it, I came to love being a homebody. The last time I had been so still was probably 2010. My previous band had just broken up, and I was coming off of a long tour with them all over Europe and moving back to Dallas. After the dust settled, I just didn’t want to go anywhere again for a long time. I ended up taking off nearly a year from touring and even really recording any new material. So it had been a decade since my last reset. I guess I was due for another one!

How are things in Italy now as compared to a year ago?
Like here, things are complicated. There are fewer cases than last year, but they are still struggling with the variants, just like here. The difference is that the vaccine rollout is moving much more quickly in the U.S., so here I sense more optimism about getting out of this thing, whereas right now in Italy — and in much of the world, to be honest — there is still a lot of hesitancy about how this is all going to play out.

Was there a turning point where you thought there is a light at the end of the tunnel with this virus?
I don’t know if I am there yet. It feels really great to see my parents and grandparents vaccinated, and to be halfway there myself, and to see many of my friends vaccinated as well. But I’m hesitant to declare victory. I think there are a lot of unknowns, again, with the variants and the speed of the vaccine rollout. Like, it’s great that the U.S. is doing so well, but the rest of the world is really floundering, and the longer the virus circulates in an unvaccinated population, the more opportunity there is for mutation. I’m grateful to feel a small return to normalcy here in Texas, but I do hope we’re not moving too quickly. Only time will tell.

If you were not aware, because of cable companies fighting with streaming services, we can barely watch Rangers games locally. This might sound silly, but was it harder or easier to watch your beloved Texas Rangers in Italy?
It’s not too hard to watch over there — when it’s a day game, anyway.  But during the pandemic, I drifted away from watching sports in general, and I am not sure that I will rush back into it any time soon. It feels strange to admit that, but I think that for a variety of reasons, other things began to take priority in my life, and afterwards I just found there wasn’t space for it like there was before.

Were there any new albums or older albums you discovered that you spent a lot of time with in your downtime in Italy?
Yes! A couple different artists come to mind, and they are all super different from one another. A friend of ours bought us Been Around by A Girl Called Eddy back in March 2020 and we listened to it all the time last year. It’s such a wonderful record, and Erin [Moran]’s voice is just magical.  She’s like a modern Karen Carpenter, with killer production. “Jody” is a standout track, and “Someone’s Gonna Break Your Heart” is the best Pretenders song that they didn’t write. We also listened to a ton of Bill Evans. I would say 99 percent of our evenings, we put on a Bill Evans album or two while we were making dinner. I have never been into jazz really, but man, I’m a fan now. We also listened to a lot of Steely Dan — again, a band that I was of course familiar with, but I had never really taken a deep dive into their catalog. Rip made a Steely Dan playlist and that was another soundtrack to our pandemic experience. Finally, my friends from the band Gumo — my former bandmates from 10 years ago — came out with a new album that’s fantastic.  It’s called The Dark and The Water and it’s so catchy. Highly recommended.

What are your hopes now with promoting the record? More live shows like the one at the Kessler? Virtual shows?
Whatever is possible, I’m in! We have some outdoor shows scheduled in Dallas-Fort Worth in early June, and we’re hoping to add a few more in May as well. The record has been getting a lot of great reviews and airplay in Germany and Italy as well, so we’re really hoping the situation improves in Europe so that we can properly tour the album. We didn’t get to tour our last record, Mixtape, that came out in April 2020. Since this album is truly a band record, it would be such a pity to only have to play acoustic sets online for this one as well. Those are great — but it’s no substitute for playing live with the whole band. I really hope we can make it happen.