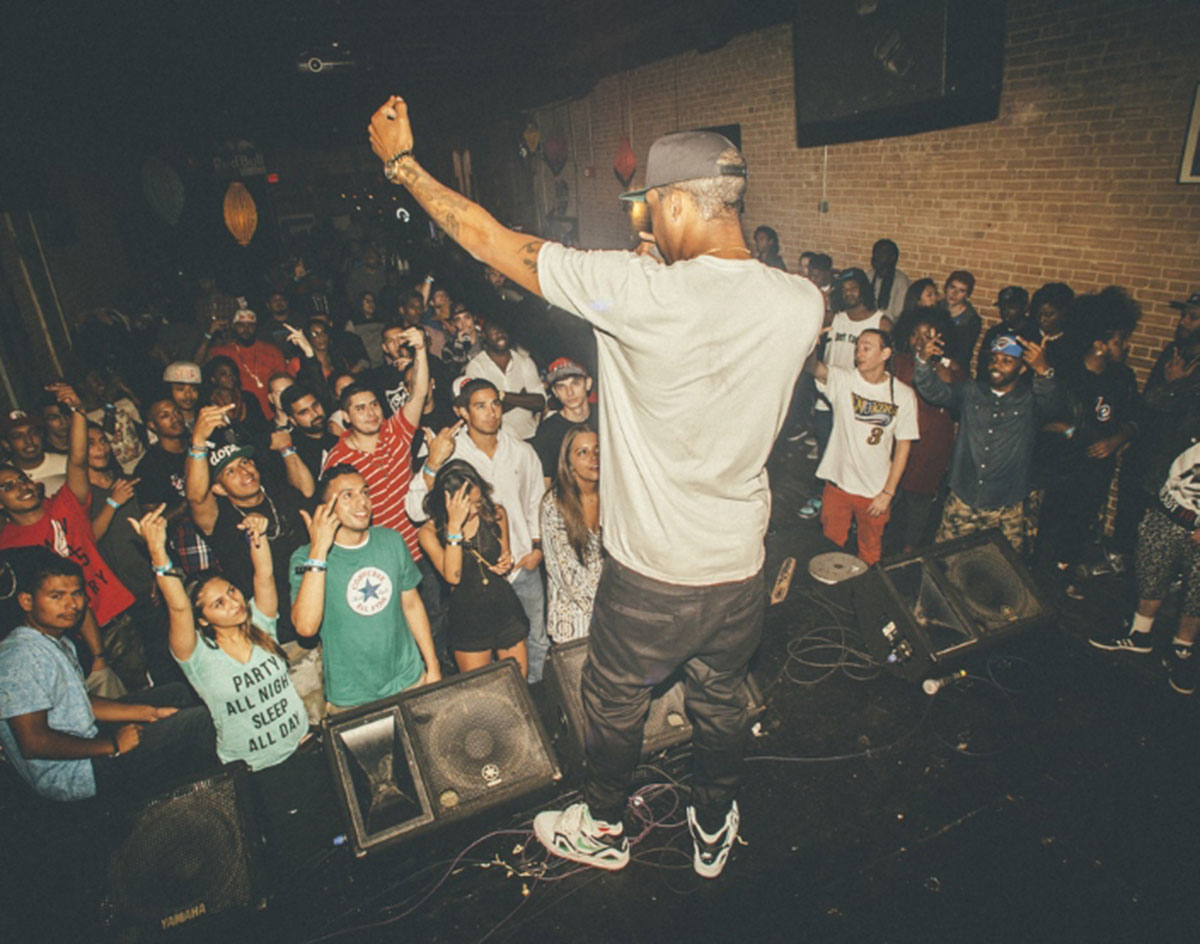 The Prophet Bar Is Closing For Eight Months Of Renovations, G.U.N. Releases New Music From The Hospital Bed And Live Nation Has Us Feeling Patriotic.

Are music venues in Deep Ellum starting to become a thing of the past?

No, we’re not ready to go all in on that presumption just yet — but we won’t begrudge anyone for starting to be a little worried about the future, either. This past weekend, after all, the music-obsessed Dallas neighborhood bid adieu to Curtain Club, its oldest continuously operating venue. That closure came on the heels of the shuttering of 2513 Main in April, which, let’s face it, was just a brief extension of the space formerly known as The Door, which ended its run back when the calendars turned to 2018.

Now, Deep Ellum music lovers can gear up for another venue departure — although, it should be noted, this one is being planned only as a temporary goodbye. On July 1, The Door’s onetime sister venue The Prophet Bar quietly closed its doors to undergo renovations to separate the two attached spaces from one another so property managers can start offering former Door space as a solo entity and not just an add-on to the Elm Street venue. Per employees of the venue, Prophet Bar is expected to be closed for eight months as construction workers figure out a way to separate the plumbing — and most difficult, the bathrooms — that it used to share with the space on the other side of the block.

Renovations of this scale are tough to soldier through, but once you get to the finish line, the hope is that it was worth all the headache.

That appears to be the case for Denton’s Rubber Gloves Rehearsal Studios which, as we’ve reported, will host its grand reopening on Friday, August 23, and Saturday, August 24. On top of this offering, which includes headline sets from Japanese metal outfit Boris and local punk heroes Riverboat Gamblers, the venue just announced that poet and anti-sexual assault activist Olivia Gatwood will perform at the on Monday, September 16. Tickets for that are on sale here.

Much like venues, resilience is key in the rap game — and G.U.N. epitomized the hell out of that truism this week. After the Dallas rapper born Chris James reportedly got shot three times over the weekend, he still blessed his Twitter with a little snippet of a new song via video he recorded despite being confined to a hospital bed and recovering from his assault:

Speaking of improving your life: Live Nation is running a Fourth of July sale in which concertgoers can score discounts on four-packs of tickets to select shows in the area. For the measly price of one ticket, you can bring three of your friends with you to the following gigs:

Sure, concerts are a good pastime, but being the center of attention for three to five minutes in a room of drunk strangers is almost as good. The Washington Post expounded on this in a piece titled “How to sing karaoke anywhere on Earth,” and Dallas’ own Good Luck Karaoke got a shout out with a few words of advice from GLK taskmaster Josh Robertson. It’s worth the read.

Speaking of things that are worth being up on: Did you hear about music manager Scooter Braun spending $300 million over the weekend to purchase Big Machine Label Group? The move has certainly drawn ire from some big names, including former Big Machine signee Taylor Swift. The drama surrounding the controversial move has even managed to entangle North Texas-affiliated artists Demi Lovato and Kacey Musgraves. Lovato, a client of Braun’s, came to her manager’s defense in an Instagram post, claiming that “he’s a good man” and imploring people to “stop ‘dragging’ [him] or bullying [him].” And, as New York Magazine and Huffington Post contributor Yashar Ali pointed out on Twitter, Musgraves also appears to be on the music tycoon’s side:

And on the last day of pride!!! pic.twitter.com/gBALF6SGC3

This week’s music industry gossip doesn’t stop there, though. Yesterday, Sleater-Kinney drummer Janet Weiss announced that she has tendered her resignation with the band:

The departure happened on ostensibly amicable terms, but it will almost certainly put a dent in the imminent release of the St. Vincent-produced full-length The Center Won’t Hold. Some may have cold feet over the album’s future, but listen: If St. Vincent can make a Jack Antonoff-produced pop album sound amazing, we’re confident that a mere lineup change won’t be enough to throw the collaborative effort off-kilter.

Some things are just bound to stand the test of time. Take, for instance, this never-before-seen footage of The Velvet Underground playing a set from October 15, 1969, at a Vietnam War protest for Dallas Peace Day that was recently uncovered in the G. Williams Jones Film & Video Collection at SMU. The performance also marked the first time the band played a show in the south:

But enough of the past. Let’s talk about the now!

Meanwhile, the Denton jazz quintet For Now dropped a new track titled “A Sudden Shift in Reason” as the promotional single for its own upcoming full-length, The Turning:

Then, back in the big city, there’s Dallas rapper EMOtional Xan, who just released an NFOCUS-directed music video for his song “Bad B*tch”:

Another rising Dallas rapper dropping a new visual this week is Tay Money, whose Dance Dailey-directed clip for “Fresh Princess” only dropped this afternoon:

And, well, that does it for this week! See you next week after the Fourth of July, America!