Coffee (And More) Is Coming To The Old Deep Ellum Zini’s Spot. 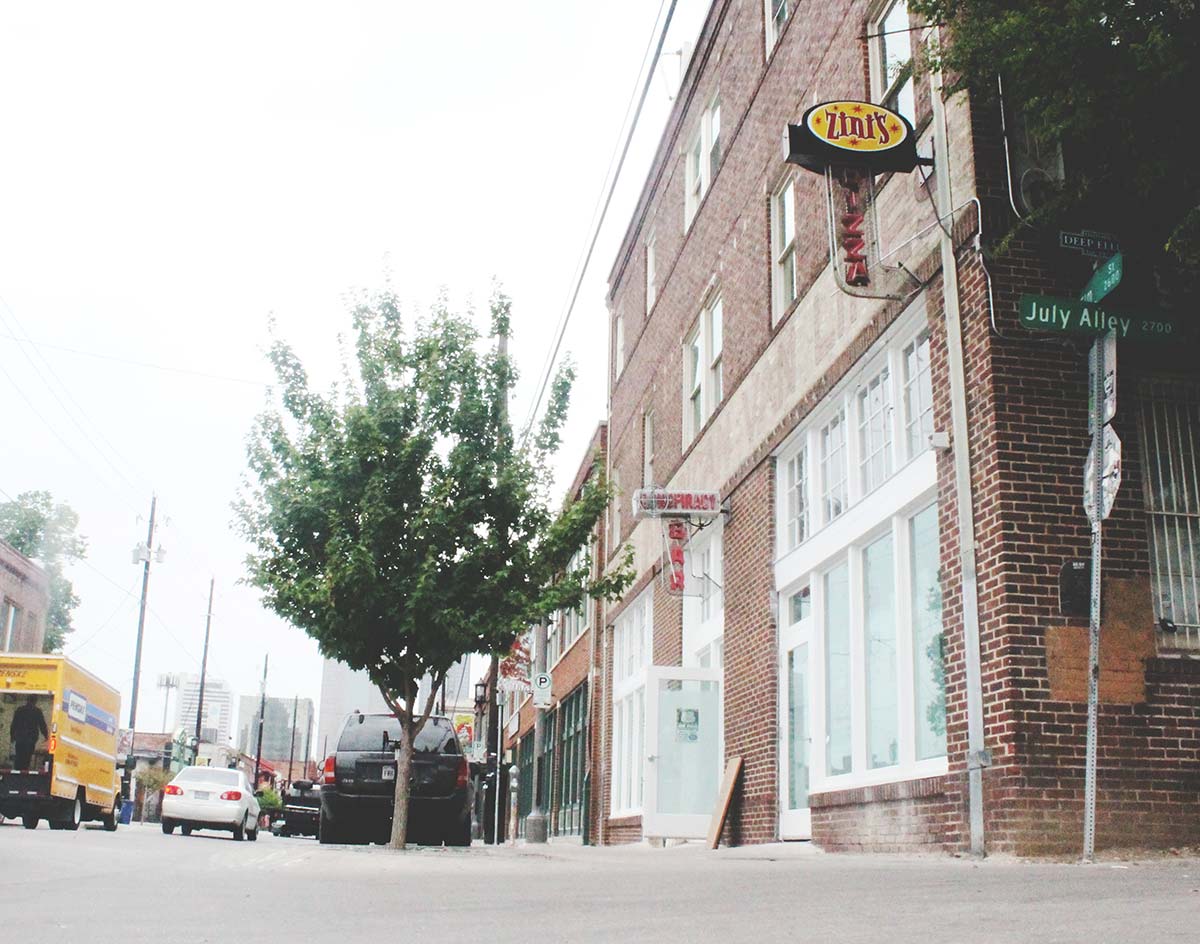 As one Deep Ellum coffee shop closes, another is gearing up to open.

Just a few weeks after Drugstore Cowboy quietly closed its doors on Main Street, a new coffee shop called Tiki Loco is announcing that it will be opening up shop on Elm Street at some point in September.

From its under-construction post in the spot that most recently housed Zini’s Pizzeria (2639 Elm Street), Tiki Loco promises much more than just caffeine-based pick-me-ups, though. The business will also serve up vegan bites, fresh-pressed juices, smoothies and even Hawaiian shaved ice.

The multi-focused concept comes from the minds of Oliver Peck and Dean Williams, who have for more than 20 years now operated the legendary Elm Street Tattoo parlor found just a couple blocks away. Tiki Loco represents just the latest neighborhood venture from the tandem, which also operates the Heart in Hand Gallery and the annual Elm Street Tattoo & Music Festival.

(Peck, it’s worth noting, owns a number of other Dallas-based businesses as well, including the screen-printing shop Anchor Screen Printing and the Cheap Thrills apparel company. He also has a hand in the Deep Ellum music venue Three Links. Additionally, the ever-busy Peck is a judge on the Paramount Network’s tattoo-based reality competition series Ink Master, which is about to enter its 11th season. Oh, and he serves as a co-host of Twilite Lounge’s popular Thursday night karaoke series called Good Luck Karaoke when his schedule allows.)

The coffee program at Tiki Loco will operate as a partnership between the new spot and the long-time Dallas roaster company White Rock Coffee. Though operating under a different name, the offerings will mirror the menu found at White Rock Coffee locations, with Peck and his team putting their stamp on things through design and branding.

“Oliver is very much a fan of White Rock Coffee,” says Shawn Hodges, a longtime Peck employee who has been tapped as Tiki Loco’s general manager and opening project manager. “In fact, he didn’t even start drinking coffee until he started going there. He may have his own specific drink there — I’m not sure. But we knew that Deep Ellum had a hole in its high-end coffee availability, so they opened up a conversation with White Rock Coffee, saying we wanted to partner with them.”

On the food front, the spot will be the latest local restaurant to hop on the Hawaiian-meets-Mexican that is beginning to take hold throughout the region, following in the footsteps of places like Bowls & Tacos and Poké Bop, which are already serving up the fusion fare. Tiki Loco also aims to hone in on the lack of available vegan options in Deep Ellum, along with just generally healthier and on-the-go fare. Its vegan-focused, “fast-grab” menu will be unique in the neighborhood, where vegan-friendly options have been relegated to a few items at sit-down restaurants thus far. All recipes are currently being developed in house, but Hodges says flatbreads and packaged goods are likely to play roles alongside a vegan street taco-heavy menu.

The spot will also highlight Peck’s love for a particular tropical cold treat.

To help authenticate things, these treats will also come with vegan ice creams that can be layered beneath the shaved ices, or topped with a selection of housemade toppings.

It’s the marriage of shaved ice and street tacos that inspired the spot’s branding.

“Bringing those two cultures together kind of created the Tiki Loco,” Hodges says.

The spot’s decor, meanwhile, will take its cue from that name. Expect some light tiki elements mixed with a colorful sarapes, along with an abundance of artwork leftover from Williams and Peck’s collections at their the tattoo shop and gallery. Checking in at 2,800 square feet, the building will seat at least 60, providing ample space and free WiFi for those looking to relax a bit or take care of some work on their laptops.

Expect a soft opening to arrive in early September, with an official grand opening currently slated for October 4.

Then anticipate yourself popping in and out of Tiki Loco on the regular. That’s the goal here, anyway.

Says Hodges: “We really want to be the type of place where you can get what you need and get on with your day.”