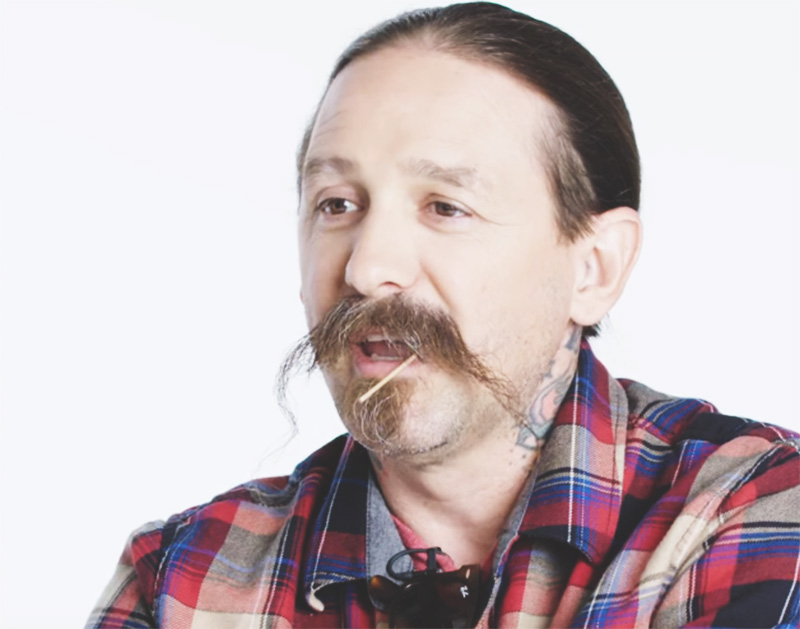 Oliver Peck is known around Dallas for a lot of things — for being a co-owner of the 20-year-old Elm Street Tattoo, for hosting that shop’s annual namesake tattoo and music festival, for hosting marathon tattoo sessions each Friday the 13th (and holding world records thanks to those extended sessions), for being a co-host of the Thursday night weekly Good Luck Karaoke events at Twilite Lounge and, just being frank here, for throwing some of the best parties in town.

And while he’s been an internationally renowned tattooer for years now, his profile outside of Dallas’ city limits rose substantially five years ago when he became one of the judges on Spike’s tattooing competition reality show, Ink Master. Over that run, the show has banged out 10 seasons — two a year! — and re-aired its episodes to the point where nary a day goes by when Peck’s face can’t be seen on the network at least once. It’s a bit of a crazy turn of events considering that Peck didn’t even own a television when Ink Master first premiered on the cable network.

The tenth season of the show just kicked off earlier this month, with some increased prizes for the winners and Peck once again bringing the heat alongside host Dave Navarro and his fellow judge Chris Nunez as he criticizes the efforts put in by the show’s contestants.

But how does Peck’s frank criticism of other tattooers’ work translate when applied to the ink spotted on some of our country’s most famous celebrities? GQ had that thought recently, and invited Peck and Nunez to do just that in front of a video camera. The results are pretty hilarious, as Peck in particular pulls very few punches when offering up his takes on the tattoos of the rich and the famous.

On Lil Wayne face tattoos: “A lot of his tattoos are not about having quality tattoos; it’s more about having a lot of tattoos.”

On Justin Bieber’s arm sleeve: “The one thing we know about Justin Bieber is that, in all senses, he has the worst taste imaginable. So it does not surprise me at all that every tattoo he has is completely terrible… [he is] littered with garbage.”

On Rihanna hand tattoo: “I think it’s better when it’s done in henna, because then it goes away.”

On Adam Levine’s “mom” tattoo: “If his arm is down and his arm is right said up, this is actually a ‘wow’ tattoo. If you want your tattoo to say ‘mom’, you’ve gotta get it facing the right direction.”

On Steve-O’s portrait of himself: “To get a portrait by Jack Rudy is a very coveted thing. Steve-O’s kind of making a mockery of it here, getting his own stupid face on there.”

On Cara Delevingne’s finger tattoo: “A mess… a bad idea… a little turd-smear on [her] finger.”

On Mike Tyson face tattoo: “This is the purest example of… you just don’t care any more.”

On Chris Brown’s entire collection of tattoos… and his watch: “I’m almost 100 percent certain that Chris Brown can afford a better tattoo than this. If he paid as much for his tattoos as he paid for his watch, he’d be having some nice tattoos.”

For what it’s worth, Peck did approve of tattoos he was shown from Demi Lovato and Angelina Jolie. Check out the video in full below.