The Spread: Drugstore Cowboy Rides Off Into The Sunset. 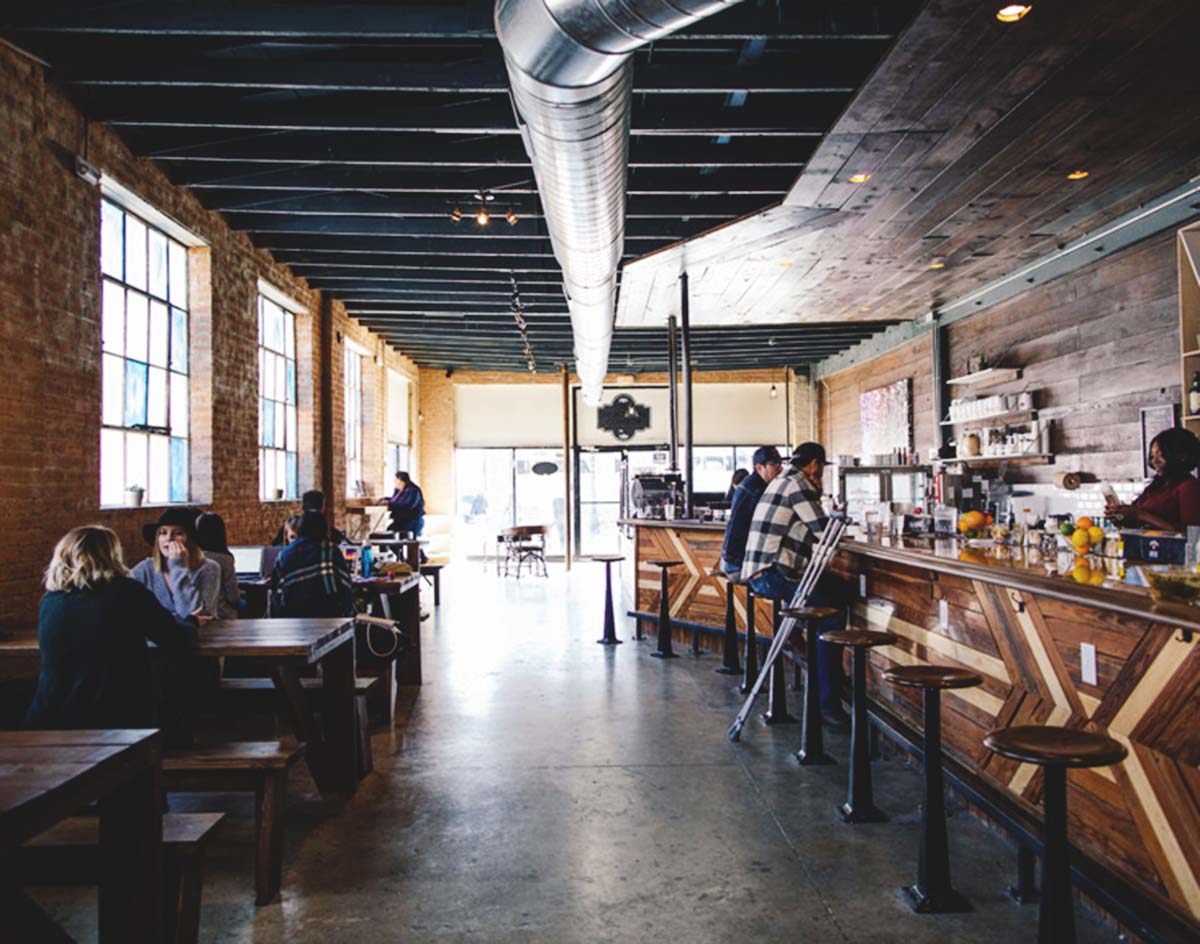 Drugstore Cowboy Closes, The Dallas Morning News Gets A Full-Time Dining Critic And Four Corners Brewing Co. Is Bought By The Same Brand That Owns Corona.

Welcome to the return of The Spread, our old weekly feature that aimed to share all the area restaurant, food and beverage industry news that’s fit to print. It’s back, and once again embracing the fact that this is the Internet, so space isn’t a concern. Good thing, too, since this is Dallas and this town always has breaking restaurant news going down like whoa.

After opening in early 2016, the coffee-and-booze concept Drugstore Cowboy quickly became a fixture among neighborhood’s daytime and nighttime crowds alike.

Among the former set, it was a convenient spot to grab a quick jolt of caffeine and a welcoming space where you could open up your laptop and get some work done. For the latter (and later) crowds, the spot became an unlikely music hub thanks to its recurring DJ nights, weekly residencies and many open mic opportunities. (Full disclosure: I worked for a stretch as a barista at Drugstore Cowboy.)

As of this month, though, that’s all a thing of the past.

Shortly after the Fourth of July, the space quietly close its doors for good and called it quits, citing complications and difficulties surrounding the renewal of its liquor license. While the news is no doubt devastating for Deep Ellum caffeine addicts who haven’t yet discovered other nearby options such as Murray Street Coffee or Life In Deep Ellum‘s Mokah, Deep Ellumites can expect something new to take over its location at 2721 Main Street sooner rather than later. Per Drugstore owner Matt Madison, new owners have already taken over the lease, although there are currently no details on what direction they may take with the space.

On the other hand, here’s something cool coming to Deep Ellum that we know for sure is happening: On Sunday, July 22, Dallas Night Markets and The Bomb Factory are teaming up for an Asian Night Market that will feature a bevy of chefs and restaurants serving Chinese, Japanese, Laotian, Thai, Taiwanese, Vietnamese and other modern Asian cuisines. According to the press release touting this event, the market will feature food-serving stations from such area favorites as Mr. Max, Monkey King Noodle Co., and Bobaddiction, plus up-and-comers like Fort Worth’s Four Sisters, Dallas Farmers Market favorite Ka-Tip, something special from chef Matt Hua (Ten Ramen) and the debut of Austin import SXSE Food Co. General admission to the event will cost $10. After that, food coupons will be made available at $1 a pop. A bunch combining food coupons and entry is also available for $25. More information can be found right here.

If stuffing yourself with Italian food sounds more your speed, then this news should get you jealous. See, back in 2015, Zoli’s NY Pizza owner Jay Jerrier used the sign at his old location in Oak Cliff to promise the NBA free agent center Deandre Jordan free pizza for life if he were to sign a contract with the Dallas Mavericks. And though the Houston-born player turned down a four-year, $80 million contract to join the team back then, Jerrier says his offer to give Jordan “free pizza as long as [he’s] a Mav” stands now than Jordan has signed a new one-year contract with Dallas’ pro basketball thing. The lesson here? Stay true to your word — a lesson Jordan maybe should’ve learned three years ago, but oh well!

Speaking of California imports: Another one is making its way onto our food radar this week, as the Dallas Morning News has announced that it’s hired a new writer from Los Angeles to take up its long-vacant food critic mantle. Michalene Busico will fill the void left behind when her fellow Los Angeles native, the controversial former DMN epicurean Leslie Brenner, abruptly resigned from her role as the paper’s full-time dining critic in September 2017. Busico brings with her a wealth of experience, having written for such outlets as The New York Times, Entrepreneur magazine and The Los Angeles Times over the years.

In more closing news, Lower Greenville is taking another hit: Following in the footsteps of Pints & Quarts and The Blind Butcher, it’s now BBBop Seoul Kitchen‘s turn to shut its doors. Despite three steady years at the location, a few factors were cited for the closure, per CultureMap‘s report on the closing. Chief among them? A preference for sit-down versus fast-casual ventures in the neighborhood, and a high volume of to-go orders through third party delivery services. As with Pints & Quarts, which has another location still in operation, fans of this spot’s approachable Korean fare can still get their fix at the Oak Cliff and Upper Grenville locations, though. Also, the restaurant’s sister concept, Chicken Moto, remains open in Richardson.

Out Fort Worth way, meanwhile. the award-winning gas station barbecue joint, BBQ on the Brazos has also come to terms with an untimely end. The Cresson-based restaurant officially closed its doors on July 11 after issues with the lease proved too big to overcome at their iconic location inside of a Texaco gas station. The owners are reportedly looking for a new location, but will continue to cater and do special events out of a trailer.

Speaking of gas stations, a list of 48 North Texas gas stations and food marts have been ordered to pay restitution for price-gouging in the aftermath of Hurricane Harvey. See if your favorite place to grab a roller grill hot dog was among the offenders here.

On the craft beer wire front, craft beer enthusiasts will get a chance to step their game up with the Home Brewers League, which is coming courtesy of Barley & Board. The league is a monthly event hosted by the Denton-based gastropub, and it’s meant to showcase the best that area homebrewers have to offer.

Such newcomers to the scene might have a ways to go before they reach Peticolas Brewing Company levels of perfection. Earlier this month, the Design District-based brewery took home the Grand National Champion title at the 2018 U.S. Open Beer Championship, where it was awarded gold medals for its Velvet Hammer Imperial Ale, Black Curtain Imperial Stout and Great Scot! Scottish Ales, alongside silver medals for its Royal Scandal and Sledge Hammer brews.

Of course, not all brewers are in the game for awards. Some are more into growth, which is what appears to be in store for The Cedars’ Four Corners Brewing Co. now that it has been acquired by Constellation Brands, the same entity behind such household favorites such as Corona and Modelo. Cheers to that!