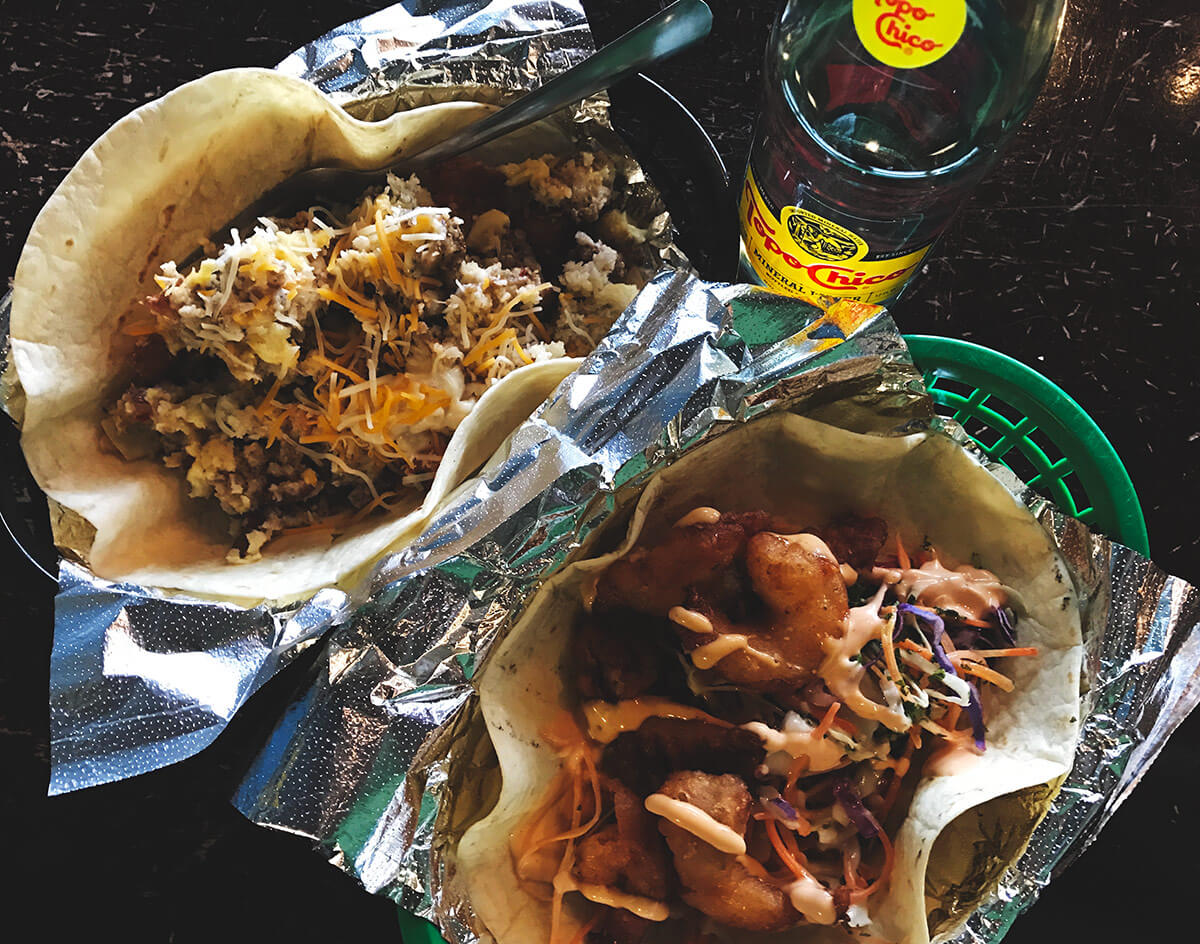 All Good 2 Go Taco’s Closure Means Is That Dallas Diners Are Past The Point Of Falling For The Notion Of “Gourmet” Tacos.

The closure, already made official but just a matter of when the doors are going to be closed exactly, will stand as the latest in a spate of recent food establishment closings in Dallas when it comes. It’s a somewhat stark trend, and one that has some Dallas writers considering not just the existence of a local restaurant market bubble but its impending implosion. (It should be noted that this isn’t just a local discussion either; similar closings are happening in cities all across the country.)

Just the same, Dallasites appear to be overcome with sadness about losing these spots, even if they’re ones they haven’t patronized in years.

But, really, should people be all that upset? Good 2 Go has spent years coasting on its reputation as one of the best breakfast taco purveyors in a city with few such options. The spot has also long been lifted by its team describing itself as groundbreaking “gourmet taco pioneers.”

One problem there: There’s not much gourmet about gummy commodity tortillas that are seen as little more than blank-slate vessels for sausage and biscuits asphyxiating beneath gravy. In its goodbye announcement, Good 2 Go referred to this as its “chefs’ take on the humble taco.” Excuse me. Humble? The use of the term “humble taco” exposes a real sense of superiority toward the taco that’s at play here. This isn’t an issue exclusive to Johnson and O’Hare — many Anglo cooks use the tortilla to assert their whimsy, their dominance.

Here’s what I think happened. I think Johnson and O’Hare realized they were no longer on top, and that their lack of innovation in the face of a nearby competitor like Resident Taqueria — whose chef/co-owner Andrew Savoie strives daily to respect the flavors and culinary history of the taco — just kind of doomed their fate at Good 2 Go. Also not to be discounted? The loss of Cultivar Coffee and then its replacement Cow Tipping Creamery, which shared the taco joint’s space, meant that the full burden of paying rent suddenly all fell back on Good 2 Go. There’s something to be said about the volume of closures going on and the fact that the avalanche of news in this regard could be used as cover to conceal the inevitable, that maybe Good 2 Go could no longer hack it.

Listen, there is no joy to be found in the closing of a business. Entrepreneurs work their asses off to make it into the black. A lot of them fail, especially in the world of restaurants where few can boast lifecycles as long as Good 2 Go’s eight years.

But, honestly, I’m mostly surprised Johnson and O’Hare’s taqueria lasted as long as it did. Twice, they left their taco joint drift while they went on to open two restaurants. The first was Acme F&B, which debuted in 2012 before Johnson and O’Hare split with their co-owner the following year. The other, Mot Hai Ba, was a Vietnamese joint opened in 2013 and showcased the pair’s passion for the Southeast Asian cuisine that had been sparked while vacationing. That spot was quietly sold in early 2016, though, allowing Johnson and O’Hare to once again focus on Good 2 Go Taco. But, at that point, it may have been too late for the East Dallas taqueria.

Last year, Dallas experienced a taco boom that gave restaurant-goers and taco fiends far more options than they’d ever had previously. Along with Resident, Tacos Mariachi led the charge, opening in late 2015. Then came Trompo’s going from a backyard business to a nationally acclaimed brick-and-mortar. Meanwhile, the Monterrey-sprung Mr. Chamorro set up shop in Oak Cliff in late summer, and the lucha libre-themed Maskaras Mexican Grill opened in November 2016. Even El Palote garnered attention by switching gears, introducing to its audiences an all-vegan menu. Meanwhile Good 2 Go Taco shuffled along on autopilot.

In their goodbye post, Johnson and O’Hara wrote that they “hope [they]’ll see you again in another setting.” Today, we know at least Johnson’s next move: According to Escape Hatch, she’ll be teaming up with Maple & Motor head Jack Perkins (who recently sold off his share in the barbecue joint The Slow Bone) to open up a spot called the Mockingbird Diner at an as-yet-unnamed revamped hotel near Dallas Love Field.

With that project still a ways off from opening, he pair will host a fiesta “with all your favorite tacos,” which is to say they’ll be serving up the same tacos you had years ago, and haven’t felt the need to eat for some time.

Still, I’m sure it will be a final boon for the Good 2 Go team. That much seems a foregone conclusion. Because the only thing more attractive to the fickle Dallas diner than a taco restaurant is a restaurant’s closure.