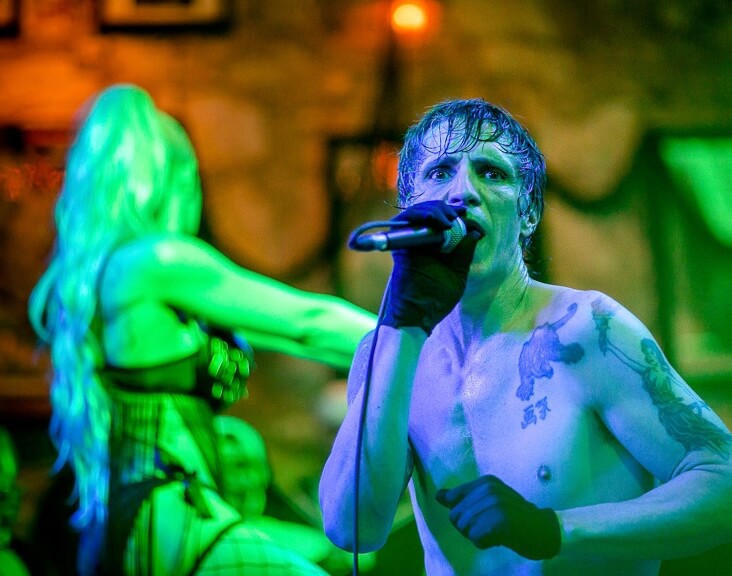 The Gorehounds Return, The Starplex Is Back And Every January Album Release Show You Need To Know.

It’s by no surprise that 2016 saw by far the most celebrity deaths of any year in the past two decades — according to Wikipedia, anyway. But a name that didn’t show up on all those year-end legends-who-passed recaps was Matthew Moseman.

The frontman of Edgewater, a prominent Dallas hard rock act in the ‘90s and early ‘00s passed away due to heart troubles on December 27 in McKinney. He was 43.

While Moseman was best known to fans for his ability to “sing with his eyes,” his band is best remembered for touring with Creed offshoot Alter Bridge back in the day, and having its biggest single, “Eyes Wired Shut” on The Punisher soundtrack.

Those wishing to donate to a fund to help his wife and three kids pay for his medical expenses can do so here. He will be missed.

Not so ready to go gentle into that good night, on the other hand, is Howard Kelley, who underwent an emergency tonsillectomy at the end of 2015 to combat stage 4 cancer of the tonsil. After a year of recovering, he’s finally ready to get back on the stage with his band The Gorehounds. They’ll be playing their first show in forever at Three Links on Saturday, February 4.

Speaking of comebacks, this one is kind of nuts: According to the Dallas Morning News, the venue most recently known as Gexa Energy Pavilion is going to be called the Starplex again. Well, maybe? Fair Park officials tell the paper they’ve heard nothing of the sort, but Live Nation reps say it’s a done deal, and even created a new Twitter account for the old name. I guess we’ll watch on as the summer months approach to see how this one plays out.

Before that, half-a-dozen other bands will play album release shows this month. Let’s run them down:

In other notable January news, Ryan Hartsell’ virtual reality video for These Machines Are Winning’s “I’ll Make You Bleed” is an official selection for the New York Sci-Fi Film Festival, which takes place January 20-22 in New York.

Finally this week, Jake Elliott and Pierre Krause, who directed and edited Nelly Furtado’s ode to Dallas, are piggybacking off that success with their new After Deth Production venture. You can check out some of their visual work here and audio samples here. Not to mention, they’re also behind new-ish Dallas rapper Cardiac, whose latest video you can check out below.

Cover photo by Allan Hayslip. Got a tip for White Noise? Email us!