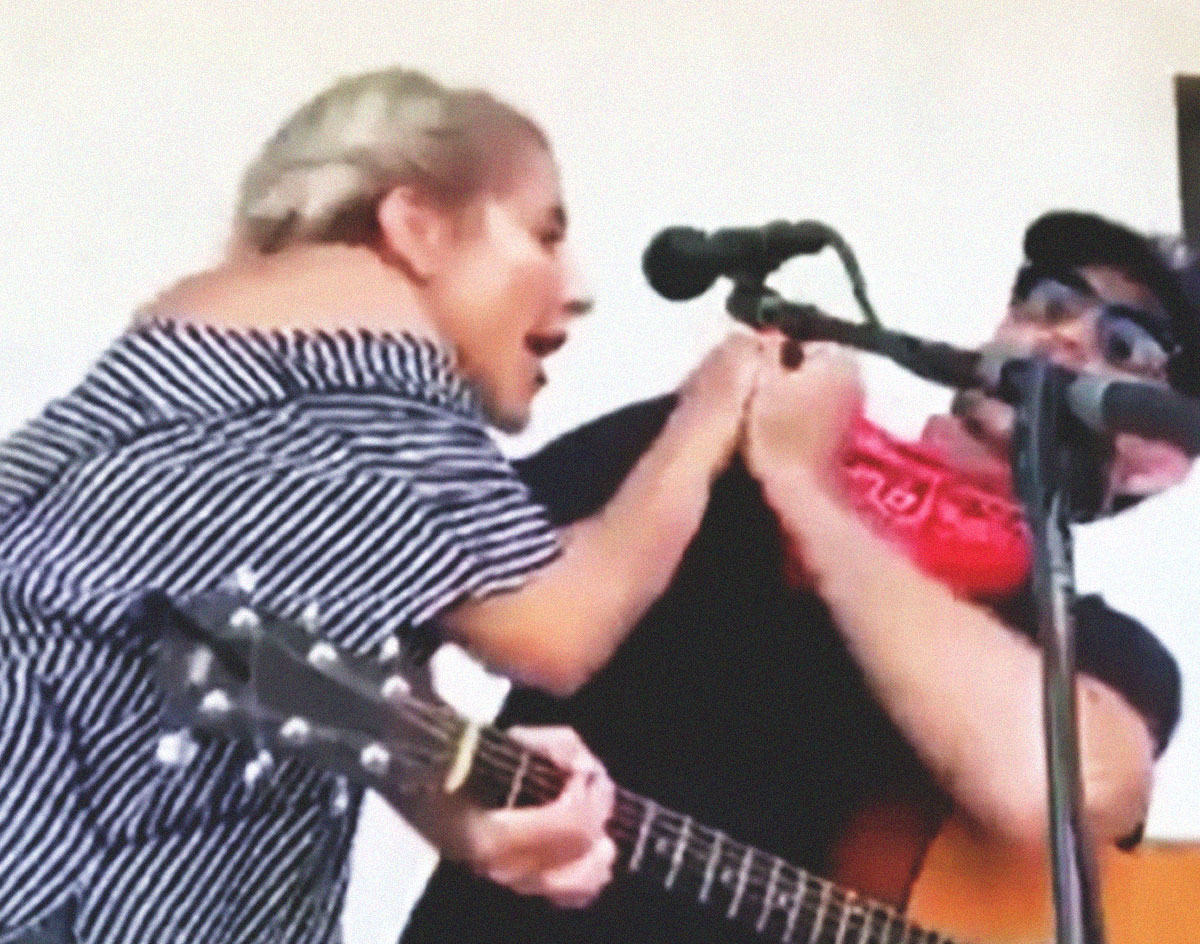 In The Middle Of A Pandemic, You Thought It Was A Good Idea To Cough On Texas Country Singer Clayton Gardner When He Denied Your Lee Ann Womack Request?

We’d like to start off by saying that, like Dan Patrick’s radio show, you are not funny.

For example, it was not funny when you forced yourself on stage and violated Texas country singer Clayton Gardner’s personal space, then coughed in his face after he refused to play a Lee Ann Womack song for you at his show last weekend.

This clip is from my show Friday in Las Colinas. It was a beautiful night. Outside show, about thirty people in the audience, social distancing and enjoying a night of live music and normalcy. I was live streaming my show on Facebook to share with more fans. pic.twitter.com/iJqL2tBGr1

As Texas continues struggling with fighting hospitalizations and deaths from the novel coronavirus, it seems incredulous that someone would pull a stunt like this. Even in a year chock full of selfish behavior, you managed to stick out!

Think about it: Of all the Karens out there whining about having to wear masks, you’ve really set yourself apart! There’s the insane trigger-ready St. Louis couple, the starbucks lady, the Navy SEAL, that psycho nurse who flashed a gun at protesters, Dallas’ own Fiesta shopper and now you.

Not only did you feel self-important enough to interrupt Garnder’s set, which, even during pre-void conditions would be poor etiquette, you had to go and cough on him during a highly infectious pandemic?

Is this the shit you pull at every bar you go to? Do you have three glasses of white zin and then a sudden craving for country-pop, at which point you decide to harass someone who is just doing their job by risking their health?

Congratulations on being the “live, laugh, love” sign of what could be considered bio-terrorism.

(Also: What’s with Lee Ann Womack and bad concert behavior in this town?)

You may have noticed that live sets are pretty scarce right now. And while we have had our qualms with people carrying on in restaurants and bars since Gov. Greg Abbott first allowed things to reopen back in May, full-time musicians are still struggling to find work. As Gardner said in a statement, “I would much rather be at home, but unfortunately I have to play gigs to pay my bills, just like the rest of you. I can’t even do that safely and that’s disgraceful.”

We’re sure you thought you were really getting one over on the guy doing his best to support a three-year-old daughter in the midst of a global pandemic. And though you went on to apologize, it was the absolute bare minimum you could do.

Being the gracious person he is, Gardner went on to accept your apology, saying the following: “She made a mistake, and we’ve all made mistakes, and I think that it’s ok to show her a little grace and forgiveness.”

Now, in lieu of building a time machine to go back and undo whatever you thought was a good idea at the time, make a mental note to not be the most selfish person in every room from now on. This might be hard, but I believe in you!

I know you are not to blame for the larger problem. Really, I do! This is just another example of the sheer disrespect in our country’s “me, not we” mentality. People like you harass performers, baristas, retail employees, bartenders and everyone else in a front-facing job. And for what? So your McDonald’s will come out faster? To avoid wearing a mask for just a few minutes? For a goddamn Lee Ann Womack song?

When did we all get so spoiled?

In a country with almost 150,000 COVID-19 deaths to date, you thought it would be funny to pretend to infect a working musician with the virus? Nobody’s laughing, lady!

Do better next time — and not just when cameras are around.

Requesting you improve your behavior,

Cody Farmer and the rest of the Central Track Staff