Song Of The Day: Vandoliers — “Every Saturday Night” 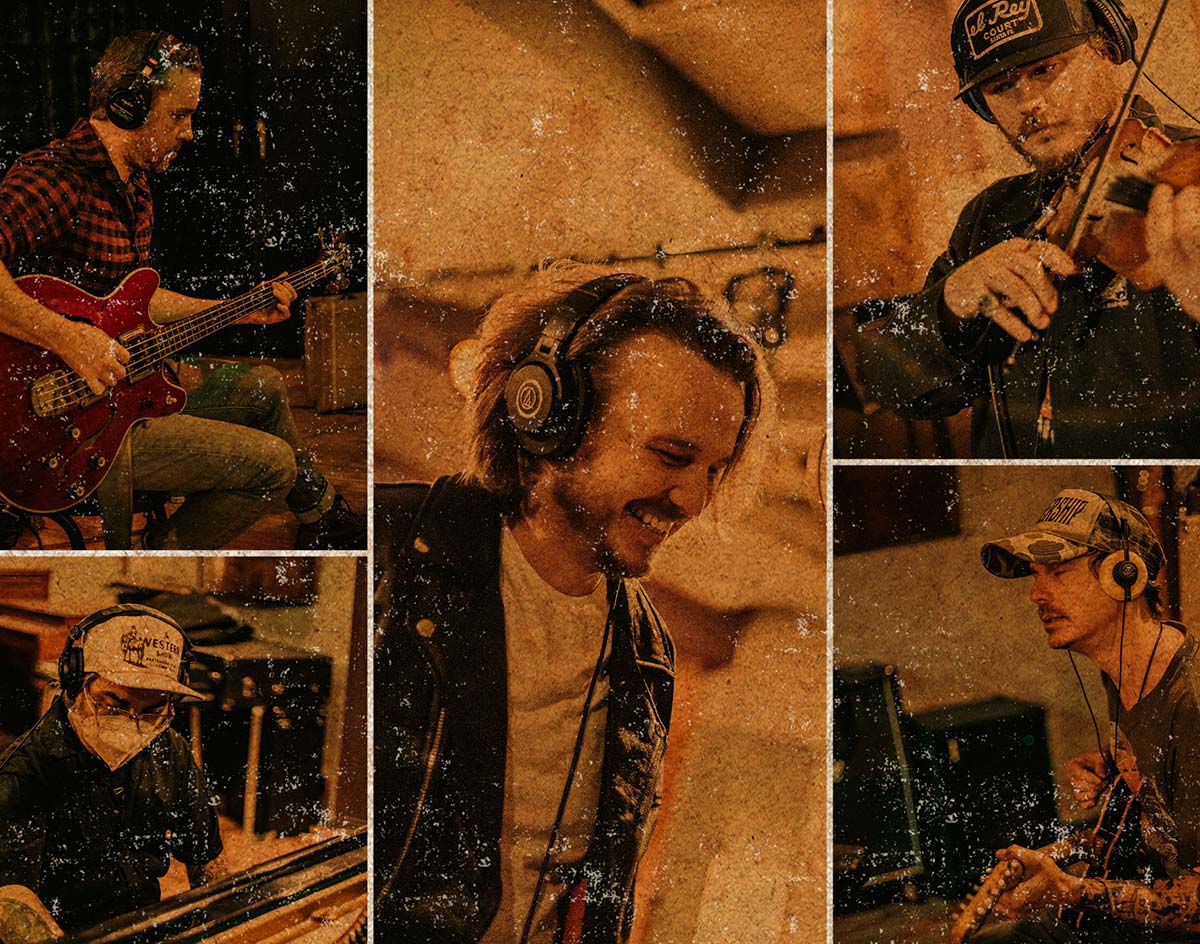 Dallas’ Favorite Cowpunks Are Slowly Returning To The Stage, And Their Latest Single Offers A Nostalgic Look Back To A Time When That Wasn’t Such A Luxury.

Vandoliers — “Every Saturday Night”
RIYL: spending Saturday nights with your rowdy friends and the love of your life.
What else you should know: A week ago today, our beloved Dallas cowpunks in Vandoliers took to the stage at a socially distanced and lowered-capacity Granada Theater to play their first live show in just about a year.

By all accounts — from the band itself to the audience members with whom we spoke — the night made for a wholly cathartic experience.

We can only imagine! And not just because of how the band’s previously skyrocketing career was wholly derailed by the onset of the (still-ongoing) coronavirus pandemic, either.

Everyone misses live shows, sure, but all the evidence we needed as far as the band’s excitement over returning to performing could be heard in advance of that performance in the form of the song the band released just a few hours before their return-to-the-stage gig. Earlier in the day, the band dropped its first (non-cover) song since the release of its 2019 LP Forever as their nostalgia-filled ode to the days before the pandemic called “Every Saturday Night” earned its world premiere via Rolling Stone.

Written by lead vocalist and guitarist Josh Fleming and uploaded as as a solo acoustic cut to YouTube in December, the full-band version was tracked and recorded with Eric Delegard at Denton’s Reeltime Audio in January before being released a month later. And, in terms of sound and theme alike, the song more than merited that kind of fast-track to fans’ earholes.

Listen: The last 12 months have been depressing as hell for all of us. I think everyone can agree on that. But “Every Saturday Night” avoids what could’ve been an easy to fall into trap of solemnity and sadness in favor of focusing on the gratitude we should have for the good times we’d once had — and the promise to appreciate those times once again upon their hopeful return. It also boasts that classic Vando sound that blends gritty punk allure with classic Texas country charm.

In an interview with American Songwriter, Fleming spoke about how he came to the idea for such a song — or, rather, how the idea came to him.

Explains Captain Vando himself: “I was stuck at home. Our summer tours in Europe were cancelled, and the hopes of shows in the fall were being dashed by the pandemic. It felt like I had lost my career, or worse my sense of identity. I started thinking of my favorite clubs I had played the year before, and five minutes later I had a complete song. I’m grateful I was the one who got to write this song. It’s so simple; someone was bound to write it at some point.”

Later in the same piece, he expands on that inspiration: “I hope you remember your favorite show at your favorite club or theater, watching your favorite band with your favorite people. I hope they remember late nights with friends, falling in love and the feeling of connection we have all been missing. I miss those moments so much.”

Listening to “Every Saturday Night” is like a three-minute transporting experience to those times lost and the ones that will return sooner or later.

And, while each and every one of us deserves the grace to creep back to that normalcy at their own pace, it would appear as if last week’s Granada Theater show was enough to fully re-infect the Vandos with the live-performance bug once more. Though touring may remain a ways off for the six-piece — including, full disclosure, multi-instrumentalist Cory Graves, who is a former associate editor and still sometime contributor to Central Track — the band will later this month once again return to a stage right here in their hometown.

On Saturday, March 13, the Vandoliers will serve as the headline performers at Jaxon’s St. Patty’s Day Block Party in the AT&T Discovery District. There, amidst lowered capacities and a setting in which masks will be required on all attendees who aren’t actively eating or drinking, the band will perform a two-hour set from 2 p.m. to 4 p.m. Better yet, the event’s offerings, which also include various DJs and other live bands, is free to attend with an RSVP right here.