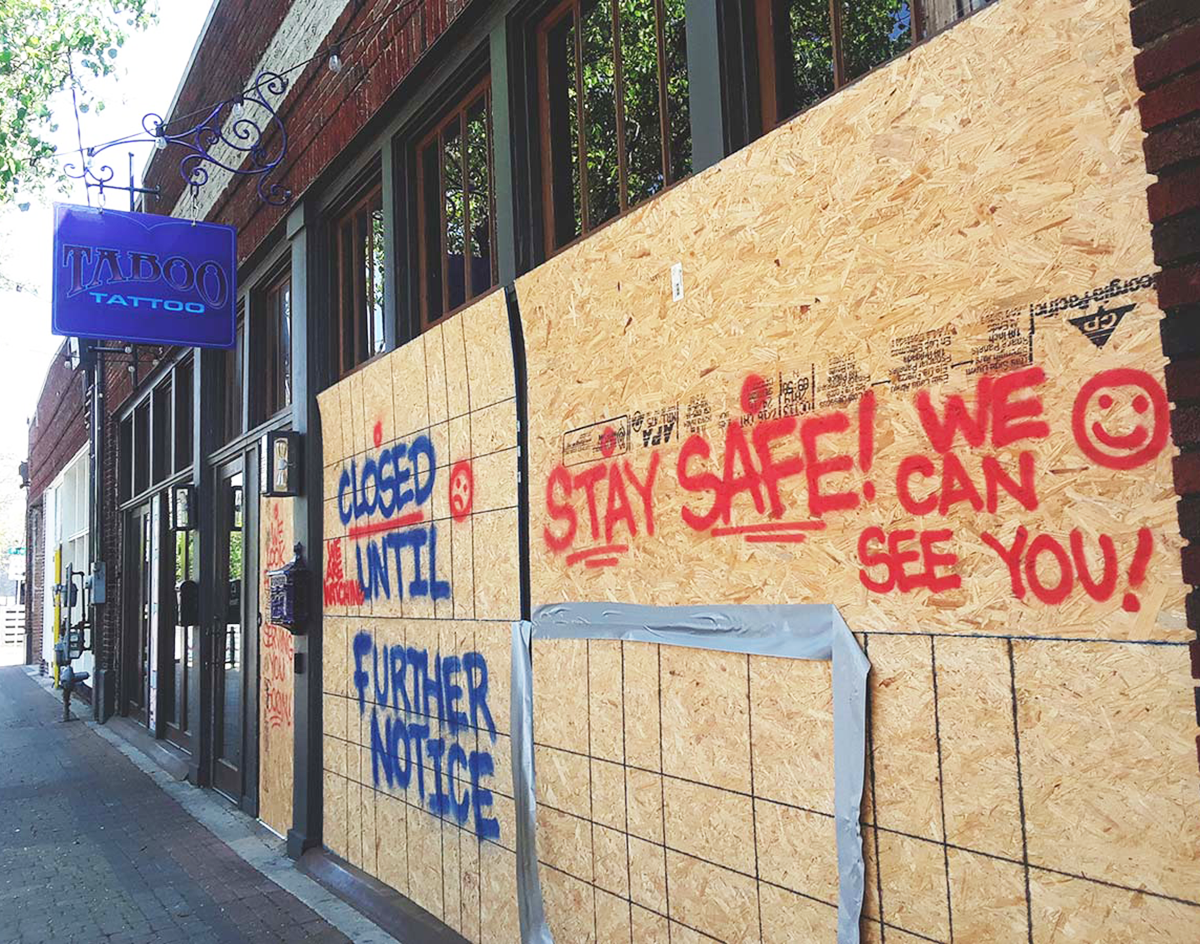 Listen, Dallas: We Know It’s Getting Difficult. But The Science Still Says We Aren’t Ready To Get Back Out There Yet — Not Even In Phases.

On March 15, before restaurants were ordered to close, before public gatherings were forced to cancel and before Dallas county officials announced stay-at-home orders, we here at Central Track asked you to stay the fuck home.

Now, a month and a half later, we feel it’s crucial that we echo that same sentiment once again.

Even back then, we knew what we were proposing was an unpopular suggestion. The future seemed uncertain. No one knew much about this deadly virus or realized just how much it was going to warp our reality. Indeed, if the simulation wasn’t broken before, it’s now undoubtedly a rubble pile rivaling what the Leaning Tower of Dallas has become.

And yet: This virus is still incredibly unfamiliar, unpredictable and most of all, deadly.

We all know this to be true. This is not conspiracy, not debatable and not an overreaction.

We also know, so far deep into this crisis, staying the course is a tough decision to make. We totally get it. We’re a hyper-local publication that covers small, local businesses from restaurants to bars to music venues. We know many of you are still worried about getting to the other side of this thing. So are we.

None of us benefit from the extension of closures. But the right decision isn’t always the most digestible.

We know you’ve grown stir-crazy while sheltering in place — believe us, we have too — but the reality of this is that the virus doesn’t care about our frustrations. It’s not going to decide to be any less contagious because we miss haircuts, patio brunches or the Deep Ellum Art Festival.

We know this epidemic has already ripped through the economy in ways we’ll be feeling the effects of for months or even years to come. But risking our own lives and the lives of who knows how many others (literally no one knows, that’s kind of the whole gag here) by rushing back into the way things were before Covid-19 just to make ourselves feel better? That’s only going to exacerbate the problem.

On Monday, Texas Gov. Greg Abbott announced his plan to open Texas back up in “phases” with the first such phase to go into place on May 1, effectively ending the statewide emergency in the name of developing “two weeks of data to confirm no flare-up of COVID-19.” But, again, we have the data: Today, Dallas County Judge Clay Jenkins announced 179 new cases confirmed in the county — the highest single-day report since testing in the county began. Tuesday, meanwhile, tied for the deadliest day in the county since this pandemic began.

Dallasites have certainly struggled to abide by safe social distancing practices over the course of the last six weeks or so, but we’ve also done a commendable job in our efforts to help flatten the curve. Why stop now? The data already proves we need more time.

We cannot afford to work backward by reopening things up just yet — no, not even in phases. Implementing a plan to allow for public places to open up when Dallas saw one of its highest positive test rates this week is wholly counterproductive. Messing around for two weeks just to see how things play out — when this week is showing us we aren’t even through the worst — is a fool’s errand.

Listen: No one is proposing we stay locked up forever. (Granted, that hasn’t stopped the tin foil hat crowd from illogically peddling that myth, but we digress.) All we want is for us to stay home long enough to prevent a truly insurmountable and tragic outbreak, which will in turn render all the work we’ve put in together of the these last six weeks virtually worthless. This has never been about ridding our community of the virus, that’s not our reality. It has, however, always been about trying to prevent the essential workers, who are fighting to keep us safe, from being overwhelmed by a rise in the disease’s spread. We can’t risk bum-rushing them with an influx of cases spawned by our impatience.

As for the economy? Even with Abbott’s orders allowing businesses to reopen at 25 percent capacity, the fact is that many are choosing to remain closed for a multitude of reasons. Take, for instance, our friends at Sundown at Granada, Cane Rosso or Alamo Drafthouse: These businesses all understand the importance of our safety, and are choosing to either stay closed or remain open just for curbside pickup and to-go orders as they have been of late. They know, too, that opening things up at 25 percent doesn’t really change anything for local restaurants in the way of helping them get back on their feet.

Sure, there are still plenty of people like your “patriot” uncle on Facebook who will try to convince you you’re helping the economy rebuild by going out again. We simply ask this of you: Don’t fall for their parlor tricks.

They’re just pushing the same agenda as the asshats at the Texas Capitol who have suggested sacrificing lives for economic stability. Thanks, but no thanks. We’re more inclined to trust the experts, who have made it abundantly clear that we are still nowhere near ready for businesses to re-open.

The truth of the matter is that there is no economy without people alive to sustain it. And there’s nothing heroic or inherently patriotic about putting more lives in danger now only to prolong a collective sentence of staying home.

Please believe us when we say we can’t wait to be able to return to keeping you updated on weekly restaurant openings, to recap you on the show you missed from your favorite local or touring bands and to tell you all the best events going on in and around Dallas on any given weekend. Doing that is what we’ve lived for as a website for eight whole years leading up to this pandemic.

But we can’t in good conscience suggest forcing a premature return to that normal, as it’s simply not the safe thing to do yet.

And so we ask once more that you do the right thing, Dallas.

In the long run, we’ll all be better for it.