A Dallas Karen Loses It Over A Piece Of Fabric. 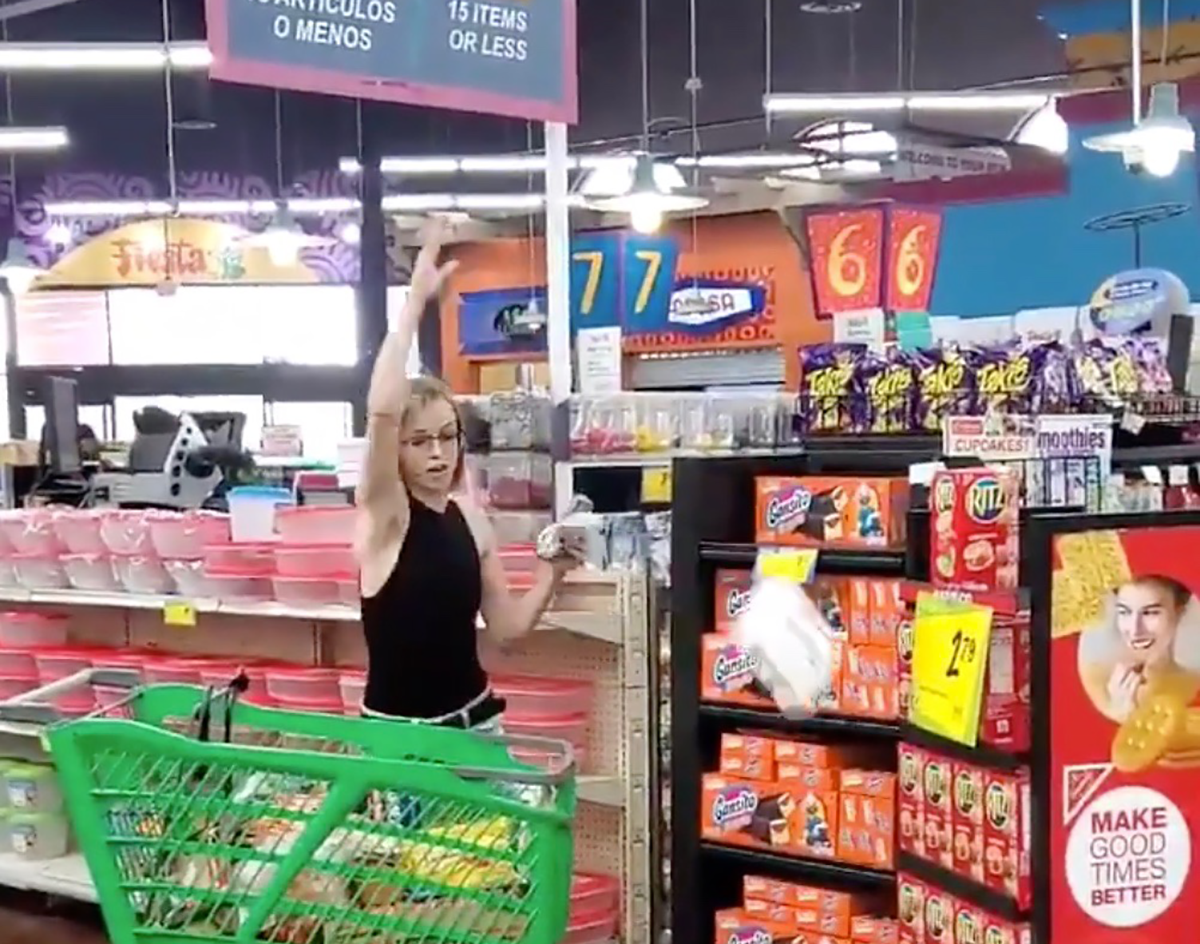 You’ve seen videos of them terrorizing your social media feeds, you’ve probably seen them try to find their own manufactured oppression and now, they’re coming out of the woodwork more than ever, it seems.

Over the weekend, video surfaced on Twitter of a Karen at the Fiesta on West Illinois Avenue in Oak Cliff.

In the video, an enraged woman is seen throwing unpaid-for groceries after apparently being told she has to wear ask while in the store.

“I don’t give a fuck about Dallas or these dumbass motherfucking rules,” she yells.

It’s like a scene straight from a reality TV show.

What’s particularly interesting with this Karen, though, is that she actually appears to have a mask in her hand. She apparently made it through her shopping trip with it on, but being asked to wear it while checking out was her breaking point.

Earlier this month, Dallas issued a mandatory mask order, which requires the use of masks in commercial businesses until at least August 4. Considering COVID-19 cases in Dallas are spiking at disconcerting rates, it’s a reasonable regulation, you’d think — one that any decent human being with a soul would adhere to. But in a city like Dallas with a history of viral, racist Karens, it was only a matter of time before we saw someone throw a fit over a piece of fabric.

The term “Karen” is used to refer to women — often white — who take advantage of their privilege usually in a racist manner toward a person of color. But sometimes, their entitlement knows no bounds and they lose it when simply being reminded the rules do apply to them. Y’know, the “I’d like to speak to the manager” types.

As we’ve seen across the country, some people are not taking mask orders seriously. In a video from a Florida Walmart, a man is seen ignoring a mask policy and begins shoving employees before being escorted out.

These essential employees don’t get paid enough to handle your temper tantrum, Karens.

Let this be a lesson: wear your damn mask, or risk a placement in the Karen hall of shame.