Why The Black Swan Is Closing — And What Comes Next. 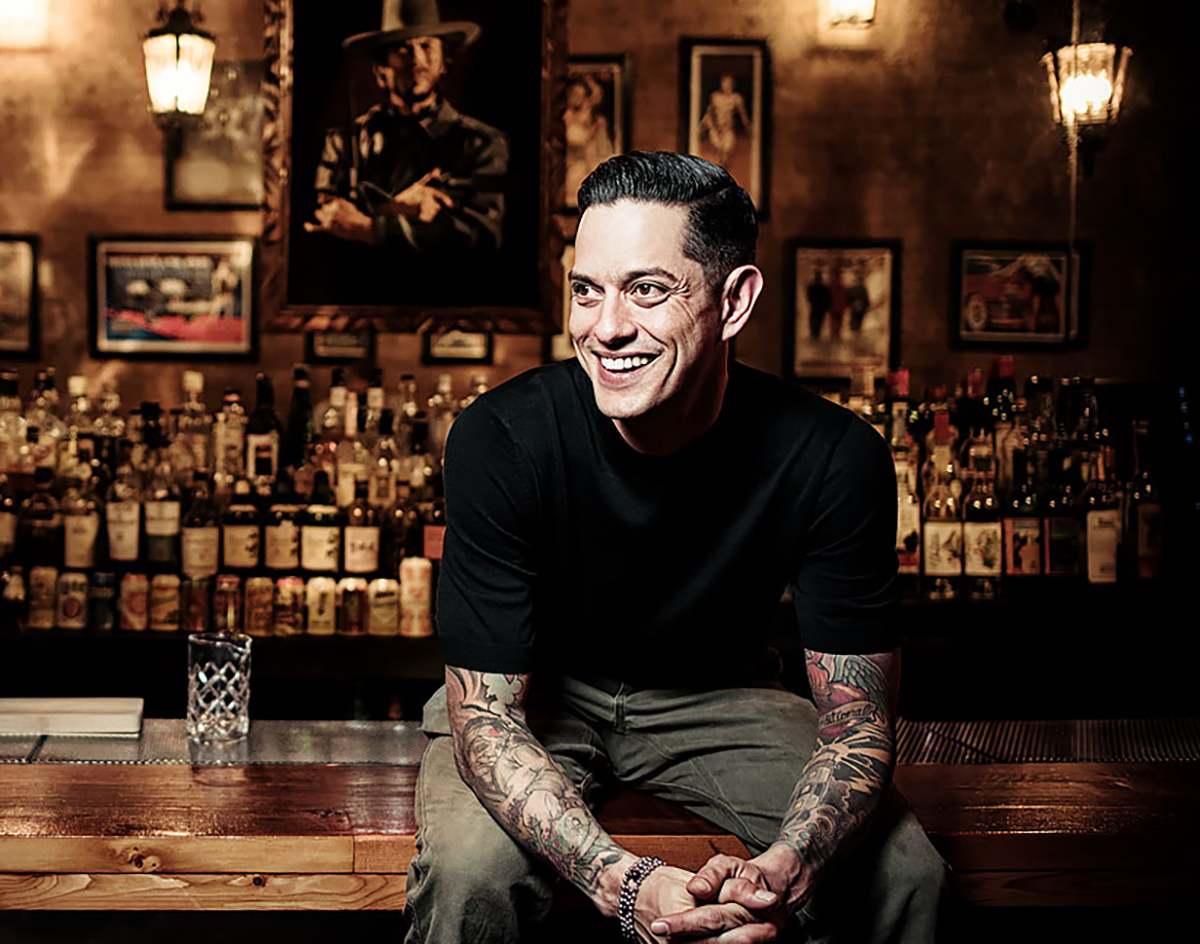 Ten Years Into The Black Swan Saloon’s Legendary Run, Gabe Sanchez Is Closing His Beloved Deep Ellum Bar. Here’s Why — And Who Is Taking Over The Spot.

More than a decade after first opening the doors to Deep Ellum’s Black Swan Saloon, Gabe Sanchez announced on Wednesday afternoon that he would be stepping away from the bar business for a spell and closing the legendary venture through which he made his name.

Immediately, hundreds of comments flooded the Instagram post where he’s made the surprise reveal. Uniformly, they expressed both gratitude and sadness.

“I didn’t realize how deeply people felt about the place,” Sanchez says in the wake of his announcement. “Maybe this place was more than just the little tiny bar without a sign down the street.”

Since it first opened its doors on April 1, 2010, Black Swan Saloon immediately established itself as a leader among the Dallas cocktail pack. Under Sanchez’s guidance, it became a standard-bearer not just in terms of the local mixology movement, but also of guest experience. Shaped by his formative years working first in the Las Vegas service industry and later at the Dallas outpost of legendary Ghostbar ultralounge that brought him to town, the intimate Black Swan Saloon nimbly married the often opposing notion of a relaxed setting and an elevated experience. Popular in various forms — as a craft cocktail destination, as a first-date spot and as a neighborhood bar (among other identities) — it managed to appeal to an impossibly wide swath of Dallasites, even more so than Sanchez ever hoped it would.

“I wanted a place where, regardless of all the other bullshit, you were gonna get treated how everyone else got treated,” he says.

Well, he got it — along with, he says, a lifestyle that he couldn’t maintain while also properly tending to his growing family. Upon his bar’s opening and throughout its run, Sanchez was a perhaps too-familiar fixture at Black Swan Saloon. Being forced to stay home when the pandemic forced his bar to close earlier in the year only further confirmed to Sanchez that the life change he’d been fantasizing about for years was indeed the play he needed to finally make.

“COVID didn’t kill the bar,” Sanchez says, noting the many other area businesses that have been less fortunate in this regard. “I’d been looking to do other things for a while. Did COVID speed the process up? Absolutely. But I can’t keep doing what I did for 10 years and have a healthy lifestyle. I painted myself into a corner with this. It’s like, you’re doing great. You’re successful — to an extent. But you’re also stuck. You keep thinking, ‘I owe these people.'”

He’ll always owe his loyal patrons, he says. But, at the same time, he realized the time had come to turn the page on his last chapter and start embarking on a new one.

In fact, to that end, he’s already signed the papers and turned over his keys to a pair of friends he confided in about his desire to get out of the game. Since mid-summer, Will Call Bar owner J.R. Munoz and former Bomb Factory bar manager Raj Pole have been steadily preparing Black Swan Saloon’s former residence at 2708 Elm Street for its own next stage. The hope, the pair says, is to breathe new life into the space while paying proper homage to the path Sanchez laid out before them.

Called Elm Street Saloon — they considered, for a time, naming it Eastwood Saloon as a nod to Sanchez’s affinity for Dirty Harry imagery — the space will first undergo some cosmetic lifts to its stage, its bar and its patio as it transforms into “a little country bar” staffed by familiar faces and inspired by the shotgun-style, beer-and-shot bars found along Broadway in Nashville.

“This opportunity fell into our laps,” Munoz says. “But it’s definitely a bittersweet moment. The Black Swan was my favorite bar. It was my go-to for the last 10 years. So, again, this really is a bittersweet moment. I learned so much from Gabe — like that you didn’t need a huge venue to make money. Gabe is really why the first Will Call location was in the spot next to Curtain Club. He kind of showed me the way there.”

In Munoz and Pole’s hands, 2708 Elm Street’s future is at the very least guaranteed to be helmed by stewards well familiar with Deep Ellum — from the turnover the neighborhood faced when Black Swan Saloon first opened to the boom that followed and through the crime– and pandemic-related struggles it’s been forced to endure along the way.

Along with a second bar the pair are planning on opening in the near future, their new venture in the Black Swan’s old home will exist as part of Munoz’s growing neighborhood portfolio. For Pole, who has also worked at the Granada Theater, J. Pepe’s and Sandbar Cantina & Grill across some 15 years of Dallas bartending experience, it’ll be his first time as an owner.

Most notably, though, they’re a pair Sanchez says he trusts to extend his old address’ legacy.

“I wanted to make sure that whoever was gonna take over the space did it right,” Sanchez says. “I feel confident in whatever they’re gonna do. Let’s face it: I could be a little dark sometimes. But they’re a little more lighthearted. They’re a little more on the fun side.”

If Sanchez truly was the “Uncle Gabe” persona he was so often pegged as in his Black Swan role, then Munoz and Pole are to become Cousin JR and Cousin Raj, respectively. They’re not the same as Sanchez; they don’t intend on pretending they are.

“No one can replace what Gabe did,” Pole says. “There’s no point in trying to replicate it — and I’m not going to.”

Sanchez, however, very much is looking forward to trying new things. He might look into expanding the Uncle Gabe’s cocktail mixes he pushed early on in the pandemic. He’s not entirely certain yet. Surely, he concedes, bartending will influence his next step in some way.

“I would imagine,” he says with a laugh. “It’s all I fucking know.”

For now, Sanchez is mostly just trying to be present in the moment, to appreciate the pause that life has afforded him as he considers not just his future, but all that he was able to accomplish across the 10-year stretch he just closed.

“It goes back to the whole black swan theory,” he says, referencing the notion that helped inspire his revered old spot’s name. “When you look at history, it’s very linear, a straight line. But when you look at it later and more closely, you start to see how things will go off in this one direction for a time. That little change can change how people think; there’s a big jump. But it’s only when you’re out of it and looking back at the black swan moment that you see it. It’s only with time that you see the jump.”