Gabe Sanchez Saunters Over To The Midnight Rambler. 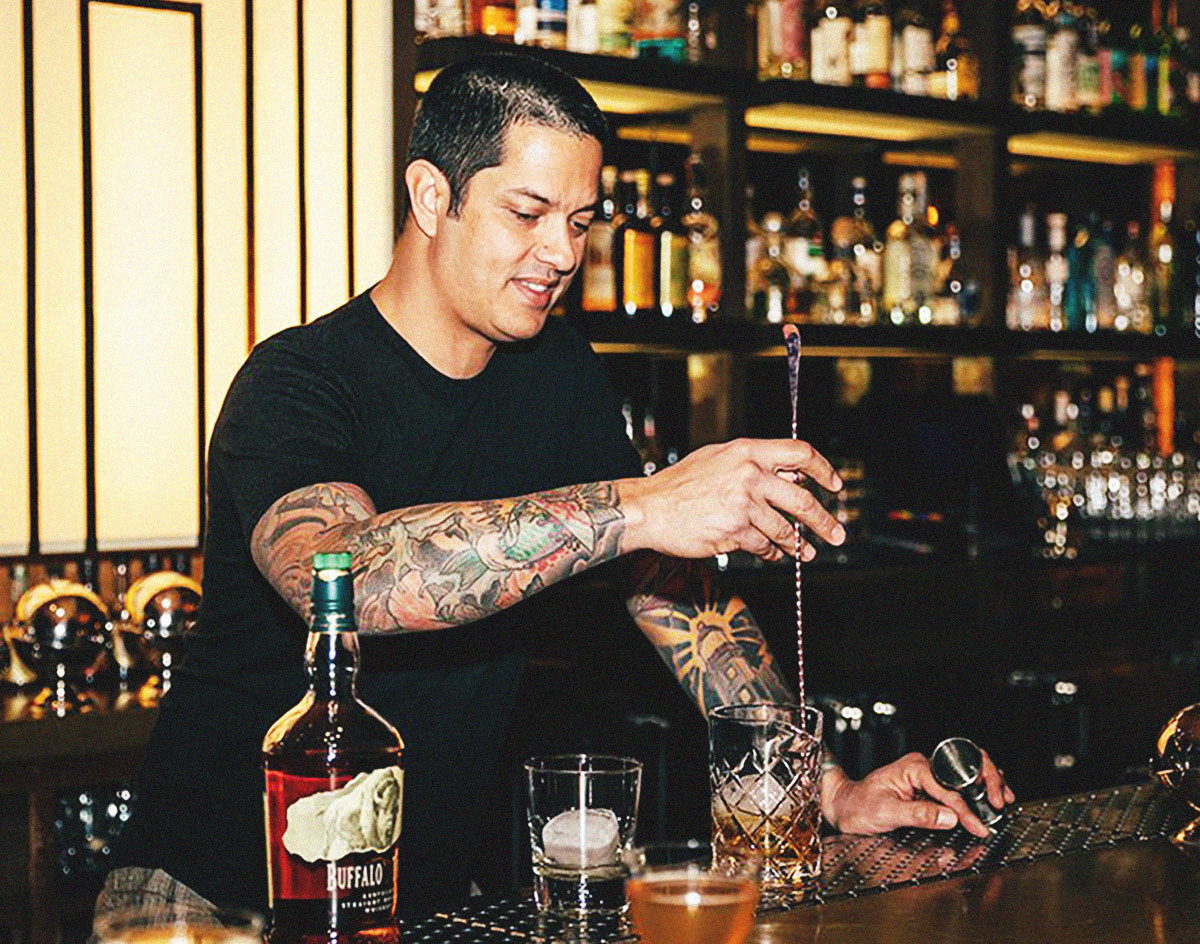 For His Next Round, The Black Swan Saloon Mastermind Will Take Over The Beverage Programs At The Joule Hotel — Starting With The Chic Midnight Rambler.

Just like he does after he loses a fantasy football matchup, Gabe Sanchez is getting back to work.

Late last week, it was announced that the acclaimed Dallas bartender, who ended his beloved Black Swan Saloon’s 10-year run in Deep Ellum this past November, will be joining the team at Downtown Dallas’ The Joule hotel. He’ll be tasked with re-opening the hotel’s vibey, (literally) underground Midnight Rambler space, as well as with building the cocktail programs at the property’s Lobby Bar, CBD Provisions and Sassetta, which will be relocating downtown from its old Design District home.

The Midnight Rambler concept was launched at The Joule in 2014 by acclaimed Sanchez contemporaries Chad Solomon and Christy Pope. While the pair recently stepped down from their posts, they cemented their cocktail lounge as a destination for adventurous drinkers with offerings like the beef stock-based Pho-King Champ over the course of a five-plus-year run.

With his hire, it would appear Sanchez’s new employers at Headington Companies are bullish on the service industry’s shot at a return to normalcy in 2021. The company’s sweeping layoffs in the wake of the coronavirus pandemic’s initial wave last March represented one of the first major area dominos to fall within the hard-hit industry in 2020.

For his part, the ever-competitive Sanchez is eager to get back to work and to dip back into his old bag of tricks. As he told D Magazine, which was first to report the news of his hire, Sanchez’s take on the Midnight Rambler will feature “some things dispersed throughout the menu that someone may say, ‘Oh, I remember that!’ from Black Swan.” (Presumably, these include infused liquors and unprovoked rants about how great the Los Angeles Lakers are.)

Under Sanchez’ watch, the Midnight Rambler is targeting a Spring 2021 re-opening.

In the meantime, Sanchez will host a series of private cocktail classes — kind of like the walk-through he gave us over Instagram Live last summer, probably! — for groups of 10 to 18 people at The Joule. The first, which will take place on February 6, will feature a look at rye whiskey through the creation of an Old Fashioned, a Sazerac and Vieux Carré. The 90-minute sessions will run $85 per person, which covers the cost of three cocktails and bites, valet parking and a reserved table for a post-class dinner at CBD Provisions with a complimentary round of starters. The hotel is also offering a special rate on rooms to attendees who’d like to spend the night. (Interested parties can email The Joule for more information.)