In The Wake Of The Coronavirus, What Comes Next? 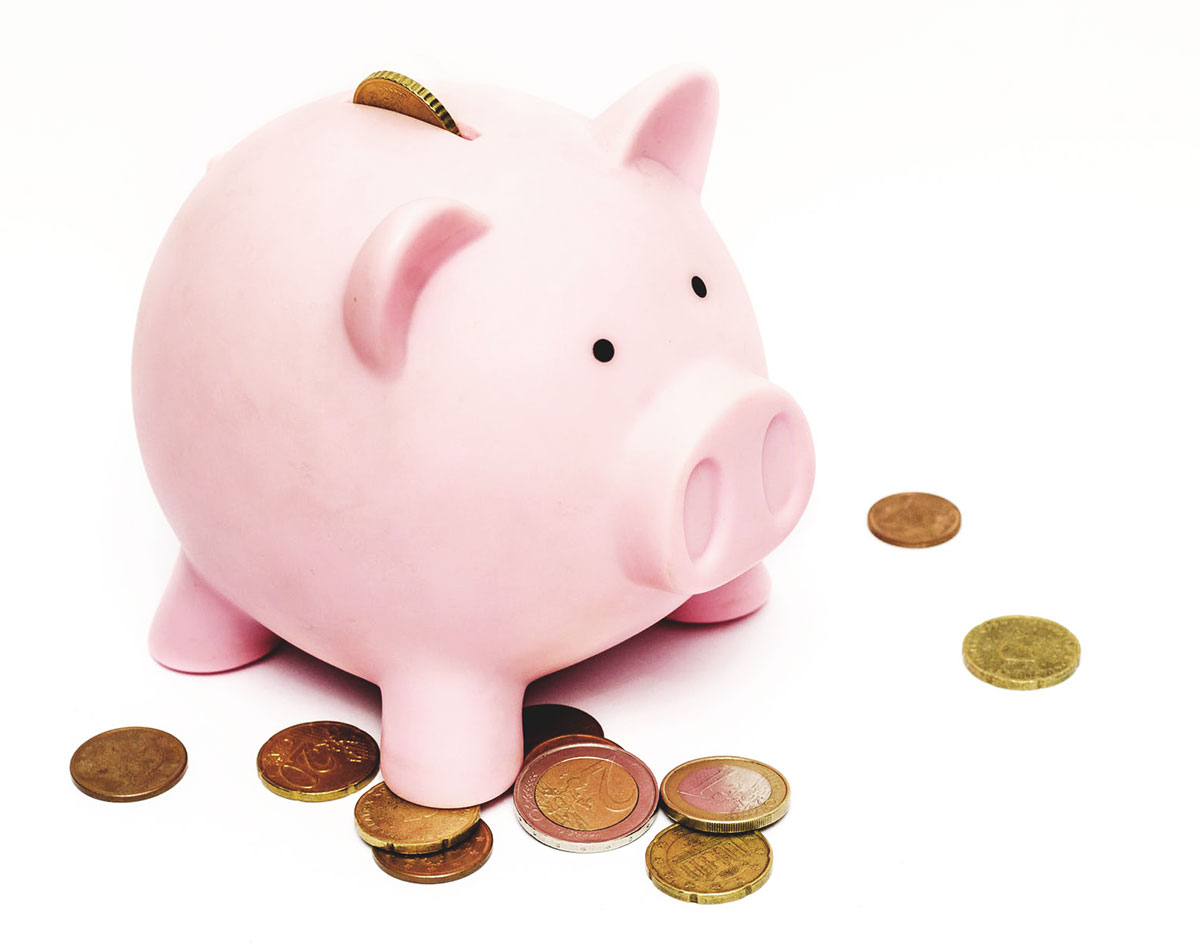 There Are No Easy Answers About What Lies Ahead For Dallas’ Small Business Economy. But Every Industry We Care About Is Concerned.

Update at 5:20 p.m. on Monday, March 16: At a press conference on Monday afternoon, Dallas Mayor Eric Johnson announced that, due to fears over the spread of the coronavirus, all restaurants, bars, taverns, lounges, nightclubs, health clubs, gyms, arcades, theaters, billiard halls and music venues within Dallas city limits must close starting at 11:59 p.m. on Monday.

For the last week, it’s been nonstop.

These conversations started flying around Dallas pretty much immediately upon South by Southwest announcing that it was canceling its 2020 festivities over fears surrounding the spread of the coronavirus. These talks all centered around one question: What happens next?

Uncertainty elicits emotional responses of all kinds — fear, confusion, worry, detachment, sadness, anger. Each reaction we’ve heard from the dozens around the city that we’ve spoken with has been unique, each sentiment merited in its own way.

As recently as Wednesday morning, these restauranteurs, hoteliers, venue owners, promoters, performers and so on agreed at least on this much: There would at least some fallout in the wake of the SXSW news, with coronavirus-related game-changers looming on the horizon — no doubt about it.

No one anticipated it being quite like this, though.

These past 48 hours have been a whirlwind.

If SXSW’s Friday reveal was the harbinger, Wednesday was its tipping point. Within a few hours of one another, President Donald Trump announced a 30-day travel ban from Europe, the NCAA announced plans to host its annual men’s basketball tournament without fans (it would later all-out cancel not just that, but also all of its athletic endeavors for the rest of the academic year) and the NBA shared that it would be suspending its season for at least 30 days after all-star Utah Jazz center Rudy Gobert was “preliminarily tested positive” for the coronavirus.

That same day, the first domino fell here in Dallas as the city revoked the annual St. Patrick’s Day Parade’s permits, thus cancelling the revered celebration for the first time in its 41-year history. Other local events followed immediate suit — and they continue to do so through the time of this writing.

Part of this is the result of what happened on Thursday night, as the anticipated other shoe finally dropped. Dallas County and the City of Dallas alike declared states of emergency, banning all gatherings of 500-plus people and strongly discouraging gatherings of more than 250 people. At the same time, those government officials started preaching the importance of “social distancing” — a relatively new term that justifiably strikes fear in the hearts of the entertainment, hospitality and service industries, all of which rely on the presence of warm bodies to make their bottom lines work.

Still: No one knows what happens next.

Nor, for that matter, do they know how long the bans on large gatherings — currently slated in Dallas to run through at least March 20 — will last. It seems a sure bet that these precautions will be around for longer than just one week.

Although few in the city are arguing the greater health benefits of local officials being safe rather than sorry, the financial fallout of these bans — and also of the subsequent social distancing movement — is at the top of everyone’s minds.

Prominent Dallas DJ and event promoter Blake Ward claims to have already lost at least $15,000 in event cancellations relating to the coronavirus. On Wednesday, Easy Slider co-owner Miley Holmes shared that her food truck business was suffering from a rash of cancellations — the equivalent of three staff members’ 40-hour workweeks gone, she said. The same day, a manager at one prominent Downtown Dallas hotel told Central Track that it was anticipating hundreds of thousands of dollars of losses due to conference cancellations over the next few weeks — “easily,” they say.

These are by no means isolated examples.

“I’ve never seen this before,” says Kris Youmans of the Texas-wide independent concert promotions company Margin Walker, expressing worry that many workers within his industry wouldn’t be able to withstand the rash of show postponements that are being announced nationwide, possibly leading to job losses.

“I get the caution,” he says, “but people’s livelihoods are on the line.”

Riley Gale, frontman of the acclaimed Dallas-based crossover thrash act Power Trip, says the postponement of his band’s own European tour alongside Lamb of God and Kreator has him at a loss for how he’ll make up what he says is an entire year’s worth of income. Even if the tour goes on as planned later in the fall, his band’s entire schedule over the next 12 months is being pushed back behind it; the budget it needs to earn in order to record a new album are contingent on the funds earned from those European shows. In the meantime, he’s taken to Twitter to ask his followers to help him find a job.

He blames the American government’s response to the pandemic for putting his finances in dire straits. It’s a position he says is bolstered by the fact that Power Trip just toured Southeast Asia in early February, right as the Western world started to open its eyes to the outbreak.

“There are responsible ways to handle this sort of thing,” Gale says. “I’ve seen it firsthand. Asia is getting better. We were right there during the climax of things, and life didn’t stop down because of this. There are ways to eradicate this thing — it’s not that crazy. If you don’t feel good, stay home. If you have been around sick people, stay home. We’re not looking at the end times here. Events can’t keep getting canceled. We can’t go on for months like this.”

At least two independent donation funds have been set up to help support the individuals artists affected by the volume of cancellations — a GoFundMe campaign called The Dallas Low Income Artist Relief Fund and a Facebook effort called Raising Money For Musicians.

Others in town are just barreling through, and hoping for the best. A simple search on Facebook shows a litany of bars around the region heavily promoting their St. Patrick’s Day weekend events with captions that read “Our party rages on!” or something similar. The implication? They’ll deal with repercussions later.

Many, though, are taking a more cautious approach. Restaurants have been sending out emails to try and calm their customers’ coronavirus-related concerns. Their letters promise, among other safety precautions, increased “deep cleaning” and additional sanitation efforts in their spaces throughout the scare. The underlying tone is clear: They know business is going to drop during this stretch, and their hope is that these notes will encourage guests to continuing walking through their doors, assuaging the potential damage in the process.

Their concerns aren’t strictly related to their own pockets, but those of their employees. On Friday evening, a movement spearheaded by Sam Wynne, co-owner of the brewpub BrainDead Brewing and the dive bar Mike’s Gemini Twin, asked that other service industry owners in the city join him in “[doing] a little tradesies” by visiting one another’s establishment’s and over-tipping each other’s employees as a show of strength and good faith. The early replies on his social post that suggest that his idea has been well-received.

These are not Dallas-specific issues, of course. With similar bans now in place in most major markets across the country, every American city is feeling the squeeze. The same is true of brands with national reach.

Just prior to Thursday’s announcement that both Live Nation and AEG — the two biggest concert companies in the world — had reached a joint agreement on halting all “large-scale” tours on their global docket, an upper-level national source at one of those agencies spoke with Central Track on the condition of anonymity about the issues facing their company.

“We’re trying to be proactive,” the source said. “But everything is changing minute by minute, so we just end up being reactive. We’re just responding as best we can, that’s all I can really say. I don’t think anyone ever had contingency plans in place for something like this.”

Even so, multinational entities tend to have more financial wiggle room than local ones.

Scott Beggs, co-owner of the Deep Ellum punk venue Three Links, says his club is cancelling shows on a case-by-case basis, mostly heeding the requests of the performers he’d booked to perform months earlier. He’s torn about even that, but too cites a lack of precedent on what the right call may be long-term for his business.

All across the city, it’s a game of wait-and-see — a dangerous one that hinges on a balance of physical well-being and financial well-being, with neither’s outlook resembling anything rosy.

What happens next? No one knows.