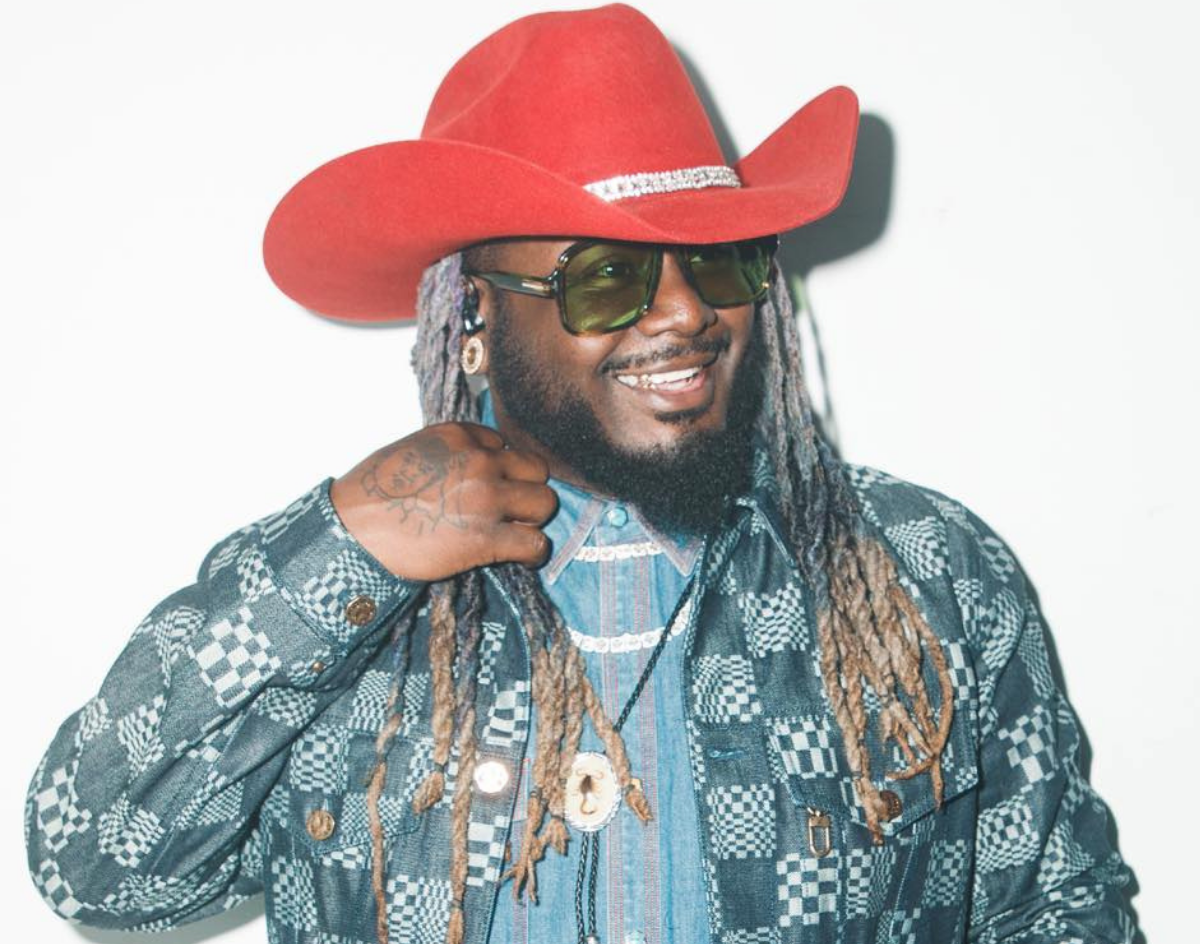 Once again, T-Pain is calling out Dallas.

The rapper made headlines last month beefing with Dallas for low ticket sales, and now he’s not only rescheduled this show but also changed the venue.

However, these changes weren’t made because of sizing, but because of the recent crimes that have happening in Deep Ellum. The Grammy-Award-winning rapper and Twitch streamer changed the venue out of fear and for the safety of his fans, team and himself.

He’s currently on his Road to Wiscansin tour, with his stop in Dallas initially planned to be May 17 at The Factory. After a recent shooting on Elm Street, where two people were killed and three injured, he shifted the date and location to June 24 at the Texas Trust CU Theatre in Grand Prairie.

Pain has been ruminating on this decision, even before the May 13 shooting.

In April, he took to social media to ask his fans why ticket sales were low. Fans let him know, informing him about what’s been happening in Deep Ellum since there was also a shooting in April that injured two people. So, after realizing The Factory doesn’t have a “super dope reputation” and the May shooting, he made the switch.

@tpainDALLAS WHATS GOIN ON DOWN THERE?!?! BUFFALO YOURE NEXT!!!♬ original sound – T-Pain

Not even Dallas Mayor Eric Johnson was able to keep him from swapping venues.

Johnson tried reassuring Pain on Twitter that he didn’t need to change locations and tagged the Dallas Police Department to answer any safety questions Pain had, but the king of autotune made up his mind.

Dallas is the only Top 10 city in the US where violent crime fell last year and overall violent crime is down even more so far this year. So, you and your concert goers should feel safe here. Our police is great and he’s tagged if you have questions. Enjoy Big D! @DPDChiefGarcia https://t.co/ltW11VuzGD

There was a mostly positive response to the changes on Instagram, with one fan writing that he’s “beyond considerate” for making this decision. It’s definitely a tough call, but we’re glad he’s prioritizing safety above all else.

A familiar name in Texas property development — if there is such a thing — has been given the go-ahead to purchase the $180 million Toyota Music Factory in Irving.

In a deal that reportedly closes June 3, lease ownership will transfer from the ARK Group to Brookfield Properties, the owner of properties such as The Parks Mall at Arlington and The Wilson in Dallas.

The Music Factory is a pretty tight spot with a 50,000 square foot event plaza and varied restaurants — including one of the best frozen yogurt spots, TCBY. It’s also been the venue for a bunch of concerts, including Backstreet Boys, Coheed and Cambria and Big Time Rush later this summer.

The land and buildings will continue to be owned by the City of Irving, and Brookfield will own the long-term leasehold, meaning it will have the right to occupy the building. It’s interesting to see how quickly the ARK Group is transferring ownership since the Factory opened in 2017 and ARK had a 99-year deal with Irving. Maybe all the delays wore them out?

Anyway, the rich are getting richer. Yay, capitalism! Moving on.

Earlier this month, we lost a beloved Dallas musician.

Jazz and R&B artist Bernard Wright died at age 58. Even though he’s from Queens, New York, he spent the latter part of his life performing in Dallas. According to SoulTracks, he died in a traffic accident.

Wright’s godmother and Grammy-Award-winning artist Roberta Flack shared her feelings on Twitter. “Last night, my godson and former musical director, Bernard Wright, passed away suddenly. I loved Bernard very much and believed deeply in his talent. His loss is heartbreaking.”

Last night, my godson and former musical director, Bernard Wright, passed away suddenly. I loved Bernard very much and believed deeply in his talent. His loss is heartbreaking. pic.twitter.com/G0VhkHgec3

Wright’s 1986 classic “Who Do You Love” was in the top 10 singles on Billboard’s Hot R&B list. His swagger was undeniable. His creamy voice, backed by his incredible keyboard skills, was the perfect combination of soul and jazz. We offer our condolences to his family and friends.

Grapevine’s sweetheart Post Malone was recently on Hot Ones, a show with hot questions and even hotter wings. If you’ve never seen the show, why the hell not? Host Sean Evans sits down with celebrities and asks them questions ranging from personal to goofy. The kicker is that as he’s asking questions, they’re eating hot wings that continuously increase in spice. By the last wing, most of them are a hot, sweaty mess, except for Evans. Man is a God damn tank.

Posty was last on the show five years ago, and a lot has changed. He’s become a celebrated artist and is about to be a dad. His latest album Twelve Carat Toothache is on the cusp of releasing June 3, so what better way to do press than eat some spicy as shit wings?

Evans is like Nardwaur if Nardwaur had a titanium stomach. He asks questions that tend to cut deep, and this interview is no exception. Posty gets into some of the adversity he’s faced as a creator, offering transparency that can be rare to see from big-name artists. He just happens to be eating wings while talking about it.

If we’re going to offer love to Grapevine, then we also have to do it for the Big D.

Dallas’ Demi Lovato has shared the name of the lead single in their new album. The song’s title, “Skin of My Teeth,” was revealed through a Twitter thread. No album title yet, but Lovato should stick to this trend of letting “the streets” reveal them.

Are you looking for something to listen to? Don’t worry, we got you. Our very own Ariel & The Culture released a baller live version of his song “Tú Y Yo.” Make sure to send them some love.