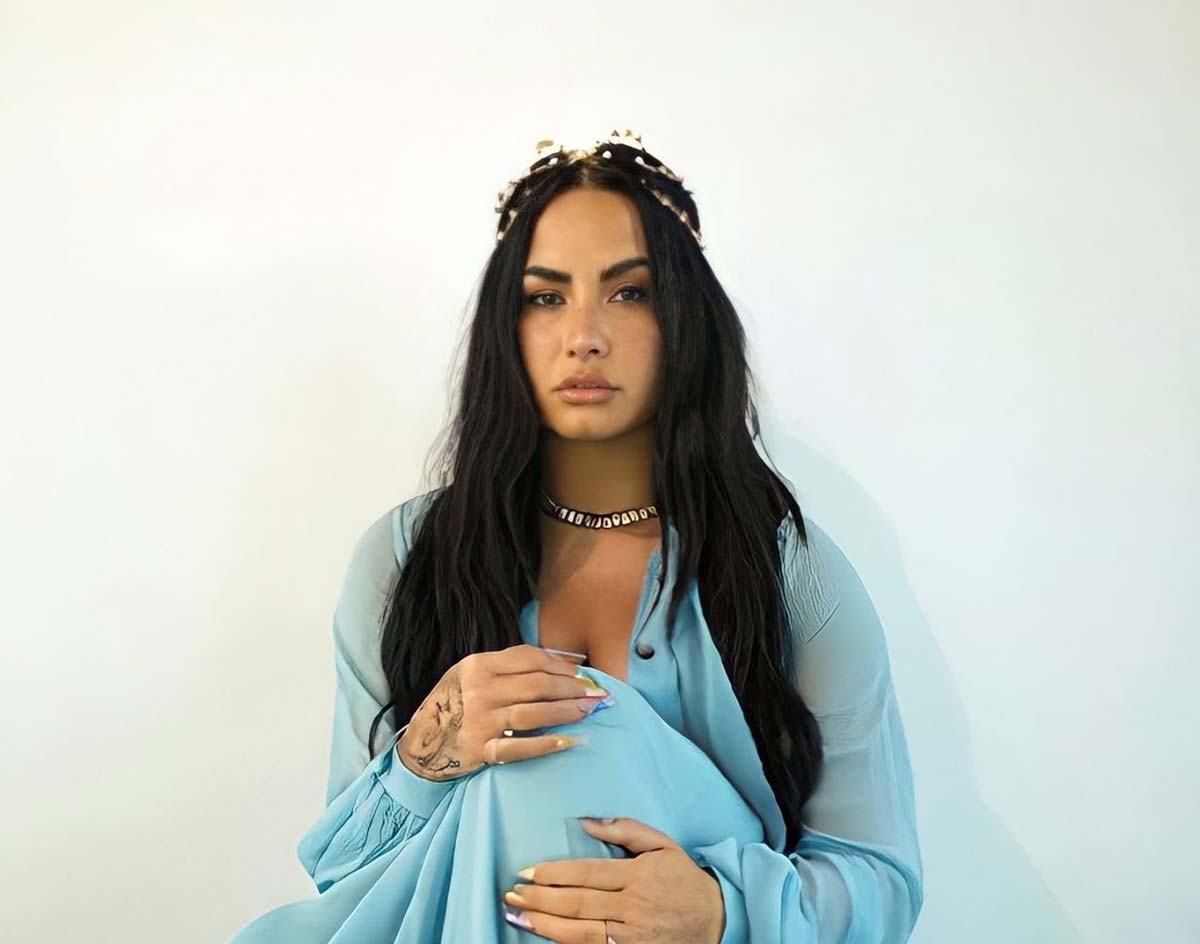 Demi Lovato Can’t Stay Out Of The News, A Second Suspect Is Indicted In Mo3’s Murder And Dallas Radio Icon Ron Chapman Dies — Plus So Much More.

As you no doubt recall, the prominent Dallas rapper born Melvin Noble was gunned down along a stretch of I-35 in Oak Cliff last November by a masked assailant believed to be the 22-year-old Kewon Dontrell White. White was indicted on a murder charge in February.

Suspected corroborator Brown has now also been indicted for murder in connection with Mo3’s death, although the U.S. Attorney’s Office has maintained that they had an affiliate of White’s in custody all the way back in December. Brown, we now know, was previously arrested for conspiracy to possess with intent to distribute a controlled substance. During a search of his home at the time of his arrest on those charges, police found methamphetamine tablets with scales and baggies to go with more than $3,200, K2 spice and a stolen AK-47.

Both suspects were originally indicted in December for one count each of felony possession of a firearm.

In connection with the November 11 shooting of Mo3, Thursday also saw White indicted on a count of aggravated assault with a deadly weapon for wounding a bystander who was present at the scene and sitting in his car.

According to his arrest affidavit, detectives interviewing Brown established motive when they learned that he was upset over Mo3 dating a “known witness,” although Brown still claims to be uninvolved in the rapper’s death. On the other hand, police say they have phone records that show numerous calls between the two suspects on the day of and before the shooting.

As for Mo3? Well, not even death can slow his output. His posthumous Shottaz 4 Eva album, which includes the below-posted “Straight Out The Gym,” was released earlier this month and hit No. 36 on the Billboard 200 album sales chart on April 23.

As we mentioned last week, longtime Mo3 advocate Mr. Lucci — not to be confused with YFN Lucci, whom Mo3 collaborated with on his new album — has a new drop of his own out. That album, called Diamond In The Rough, features a track called “Wings” that touches on Mo3’s November death and its subsequent fallout.

Lucci also this week released the first music video from that new album. The visuals for “Straight Truth” find the rapper returning to the diabolical lyricism he’s long been recognized for while sporting a custom Mo3 hoodie from Ailyak Clothing.

It’s great to see the music spawned in our city outliving the musicians themselves.

To that end, most Central Track readers may be too young to know who Ron Chapman is, but at least a few of them have surely heard uttered the longstanding 1190-AM KVIL jingle, “KAY VEE EYE ELLLLL.” The beloved Chapman, once hailed by D Magazine as “a warm and fuzzy tyrant,” hosted that station’s morning show from 1969 until 2000 when he retired from the station — and then came back to work for KLUV, before retiring a second time. He was also inducted into the Radio Hall Of Fame in 2012.

Alas, he’s broadcasting from the airwaves above after passing this week from natural causes. The Dallas radio icon was 85 years old.

Speaking of legends, the prominent 1960s, Houston-based psych label International Artists’ one-time emerging star John David Bartlett — along with modern Dreamy Life Records-signed locals Acid Carousel — got a cool write-up in Texas Music magazine this week. The piece describes the new collaboration between these acts as “beautifully and chaotically entwined.” Particularly, it flaunted “City Fires” as harnessing “[a] sonic blare… while Bartlett sounds barely contained by his own skin.” Give it a spin below.

I think it’s safe to say that most of us are jumping out of our skin these days with an inoculated society so close to fruition, right? This seems especially true on the music festival front.

Just this weekend, as we already noted, some 60,000 people attended the #firstfestback as the EDM-centric Ubbi Dubbi Festival went down across two days at the Texas Motorplex in Ennis.

More festivals, meanwhile are on the way — including the Miami staple Rolling Loud Festival, which bills itself as the largest hip-hop fest in the world. And, no kidding, with its just-announced line-up including Dallas notables Post Malone, Lil Loaded, Erica Banks, Kaash Paige and Tay Money, it damn well better be.

Speaking of hip-hop artists coming together: A new project called The Waiting List just recently dropped a five-song EP called 214 To Your City that finds local performers P$O Kwama, Graham Malice and Capshun coming together. In a post on Facebook, Malice describes the group’s conception as follows: “We wanted to bring a sound unique to us as individuals, together, and introduce it to not only the scene we’re cultivating but the world looking at our efforts from the outside in.”

Check out the video for the project’s title track:

Sometimes, though, we have to admit: We cringe a little at the way our homegrown heroes behave when out in the wild beyond city limits.

To that end, it’s been a wild month for Colleyville’s own Demi Lovato, who can’t seem to keep her name out of headlines. On the other hand, considering she’s also got a new album called Dancing With The Devil to promote — for which she’s been lauded for her forthrightness about her past issues — maybe that’s not the worst thing?

Still, let’s take a quick look at the month she’s had.

For one thing, she’s been dealing with backlash over her decision to be “California Sober” — also the name of a song on her new album — despite her widely publicized past issues with addiction. In a recent interview about the song, Lovato defended her decision, said total sobriety would be “setting myself up for failure” and revealed that she likely would never share the full detailed of her recovery due to the backlash she’s received.

Then there’s her whole beef with the L.A. frozen yogurt shop Bigg Chill, which received harsh words via Demi Lovato’s Instagram account over a couple of their menu items that Lovato said “perpetuates a society that not only enables but praises disordered eating.” The products in question? Sugar-free cookies and dietary items labeled as “guilt-free.” Backlash over Lavato’s misuse of her podium has since led to the singer’s apology: “My intentions were not to come in and bully a small business. That was not it. I walked in, was so triggered that I left without fro-yo, and it made me really sad. That’s all it was, and I wanted to talk about that… I’m genuinely sorry that people took it the wrong way.”

As for Bigg Chill, the company responded in a statement of its own to the Huffington Post: “For the past 36 years, our small woman-owned business has catered to anyone who’s come through the door. Whether they are diabetic, vegan, gluten-free, or just wanting a decadent dessert — we’ve always tried to have something for everyone.”

You know who else has something for everyone? With 500 locations scattered across the U.S., you’d think Irving-based family entertainment center franchise Chuck E. Cheese does, right? (Well, provided, that is, you’re not an old faulty animatronic robot, of course.) In an effort to modernize the brand — and help keep our childhood memories intact — the company has released to Spotify 62 new Chuck E. Cheese songs across four albums, all sung by Jaret Reddick of Bowling For Soup.

And, turns out, the songs are actually pretty good! Well, the folks at Slate think so anyway. A piece about the brand’s surprisingly solid music had this to say about Charles Entertainment Cheese’ catalog: “After the untold hours I’ve spent with Chuck E. Cheese tracks, I’m still not sure if the explicit artistry or the subtext is their more surprising element. Certainly, neither is what you’d expect from the official [anti-capitalist] soundtracks of a 600-location, private equity-owned pizza chain that thrives on arcade games and marking up plastic junk ‘prizes.’ Either way, though, I’m thrilled to have another artist in my rotation, let alone one with this much range.”

Here’s one taste of what Slate’s digging:

If it’s range you want, why not try this Megan Thee Stallion cover performed by Dallas nu metal/hardcore favorites Unity TX and featuring Ericka Kent of This Is Your God:

Speaking of covers, the Denton punks in Upsetting are also in that game, having just dropped a cover of Blink-182’s “Dick Lips” for Ohio-based Lonely Ghost Records’ new compilation album, Now That’s What I Call 90s DIY Edition. Check it out:

Less a cover and more of an update is the Dallas-based performer Kallista Rowan‘s 2020 version of the once-inescapable Plain White T’s song “Hey There Delilah” — only hers is from the girl’s perspective and called “Hey It’s Delilah.” Regardless, congratulations are in order for Rowan: Her take just passed two million streams on Spotify this month!

And lastly, while not a cover, let’s end this week’s notes with another impressive local collaboration. This one finds likeminded locals Ariel & The Culture, Pretty Boy Aaron, Bruhnice and Kalid Abdul assembling like the Avengers for a track called “Push To Start.”