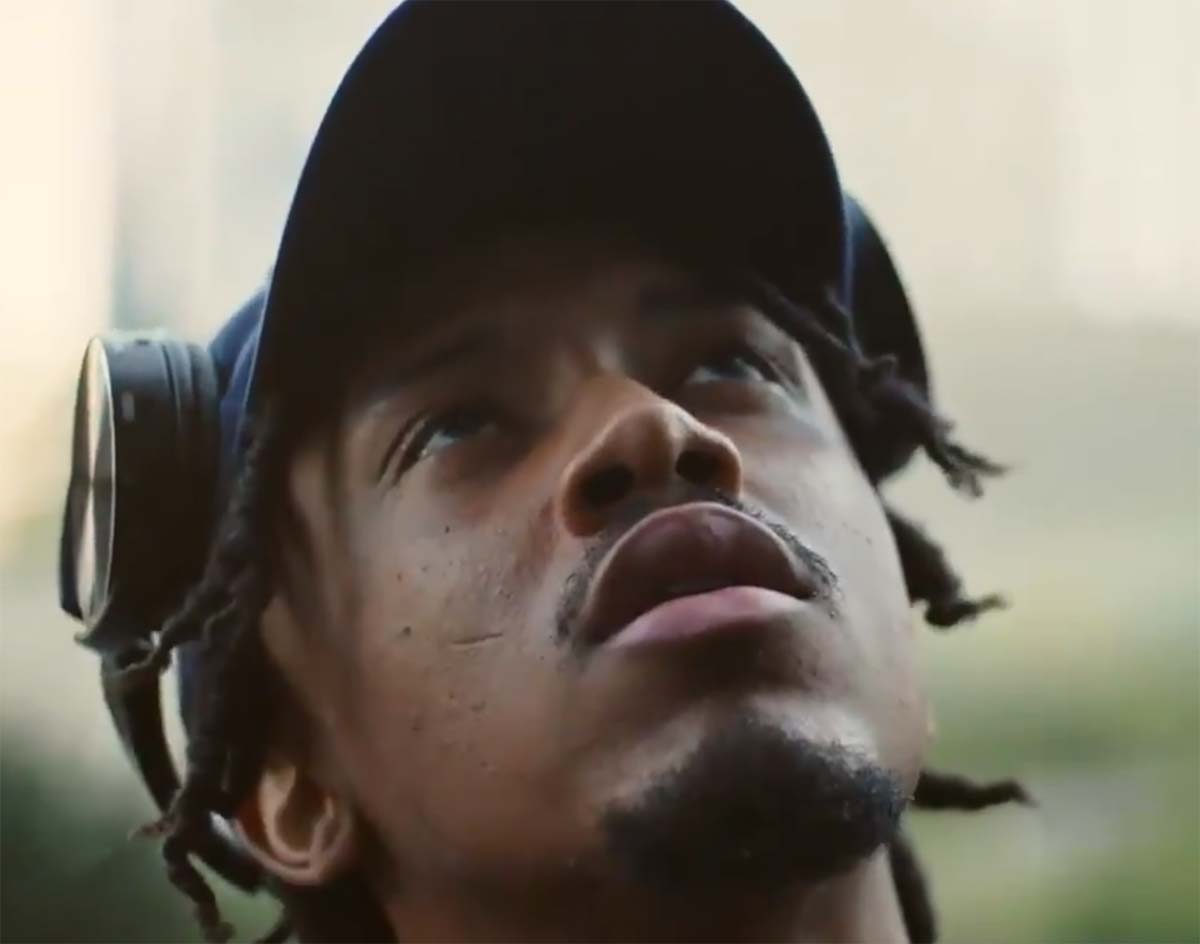 As we’ve already noted, the post-vaccinated feeling of going to see live music with all your friends is a mighty fine feeling indeed.

But, understandably, there are some among us who just aren’t ready to make that jump yet after a year-long sequester brought on by the still-ongoing pandemic.

For that set, there’s good news: It seems some of innovations spurred on by 2020’s misery may be existing on into the future. The Dallas Opera, which has already been working to bring culture to the city and make it accessible to everyone via a mobile flatbed truck called the OperaTruck, is now launching a new streaming service called thedallasopera.tv.

While the OperaTruck will continue to provide free outdoor concert entertainment, thedallasopera.tv will allow subscribers to access a catalogue of previously recorded material, various original shows including kids programs and new content expected to be added regularly. The service costs $4.99 per month.

Of course, as Ubbi Dubbi showed us a few weeks back, some people are already champing at the bit to get back and attend crowded festivals. Count Fort Worth R&B singer (and general music force to be reckoned with) Leon Bridges among that set: He’s already been confirmed for a number of festivals this upcoming season, including headlining appearances at the Railbird Festival, Bonnaroo Music & Arts Festival and Hinterland Music Festival.

There’s also a couple new reasons to cheer for DJs and punk bands across the metroplex who may want to start stalking the booking contacts on two separate new venue fronts.

A new bar is opening in Sanger in part through the efforts of Wee-Beasties manager Stephanie Hollowell. Called Bolivar St. Revival & Spirits, the spot is expected to be ready for happy hour by fall of this year. The place looks like it could be pretty cool based on construction photos being posted to its Facebook page, and if it’s got anything to do with someone from the Wee-Beasties, then you know it’s going to be pretty wild. To that end, that Denton band spent this past weekend hosting a “punk rock car wash” to raise funds for their next album — and raising more than $1,000 in the process. Not bad for a day’s work!

Back down in Dallas, old Starlight Lounge space on East Elm has finally reopened under the name Charlie’s Star Lounge, after being taken over and brought up to code by The Nines‘ owner Allen Falkner and his general manager Corey Howe, whose name you may recognize from being frontman for the Dallas rock band Dead Flowers. The spot’s intentionally only been changed so much, but one difference is that they removed the pool table to open up a dancefloor — one already being utilized for DJ sets hosted in the space.

Speaking of getting one’s groove on, the Dallas punk label Barf Wave Records is hosting an event called “Vaccination Celebration Pt. 1” on June 26 at the Deep Ellum venue Ruins. It’s the first in a two-event series from the label at Ruins, and expect it to come with some protocols. In order to see the lineup of Mean Motor Scooter, Lizzie Boredom and Thyroids, you’ll need to pony up $10, bring with you some proof of vaccination and rock a mask.

Nearby venue Three Links, meanwhile, has also announced a couple new residencies good for country music fans, punk rockers and foodies alike. For one thing, they’ll be hosting another round of its Punk Rock Supper Club featuring food from chef Justin Box and music from Dog Company, Lethal Dose and Ten Can Riot‘s Scotty Diss on Sunday, May 16; you can get more info on that event here, and head here for a recap of the last time Box took over Three Links. Meanwhile, if country music is more your thing, Links is also rolling out a new Sunday matinee series called Hern’s Country Saloon that will feature John Tipton taking the stage on first Saturdays, Justin Pickard on second Saturdays, Jenna Clark on third Saturdays and Mike Randall on fourth Saturdays.

Speaking of local country musicians, the forthcoming Marfa Tapes collaborative project from Miranda Lambert, Jack Ingram and Jon Randall will be coming out on Friday, May 7. And, turns out, it’s coming with a full-length feature film to go with it, too. The film version will be up steaming on Lambert’s Facebook page for 24 hours on Saturday, May 8, but an early taste of those visuals can be seen right now in the form of Lambert acoustically performing the song “Tin Man” off that album:

It’s pretty cool so see the Lindale-sprung Lambert offering her star power to lift the Grammy-winning Dallas-based Randall’s career, and to a lesser degree the SMU alum Ingram’s, although he’s had plenty successes of his own throughout the years.

It’s also dope to see Joshua Ray Walker getting his due, too — and in the form of a slobbering Texas Monthly profile, no less. In the piece, sometime CT contributor Johnny Auping provides a detailed picture of the shining Deep Ellumite, chronicling his introduction to music at a young age, his darker days of self-destructive drinking where Walker says he blacked out in every bar in Deep Ellum and, now, his rising stardom. Writes Auping: “The strength of Walker’s songs is partly because they are not about country tropes. Instead of tractors or horses, his ballads are filled with vivid portraits of complex, imperfect people from Dallas: sex workers, gamblers, boat show models, boisterous liars.” Of course, he’s just preaching to the choir as far as we’re concerned. In fact, former CT editor Alec Spicer was even quoted in the profile, saying, “A lot of people throw that [term] around, but when you know, you know, I see Joshua Ray Walker as not just the next big name in Dallas country music, but the next up out of Dallas.”

We’re just glad all those interviews worked out well for Walker’s piece. The same can’t be said, unfortunately, for a recent St. Vincent interview. The Dallas-sprung performer Annie Clark found herself in a bit of hot water last week when it was revealed that she had a story on her killed after the fact because she didn’t like the questions she was asked. The whole situation has raised an interesting debate in music journalism circles, but considering how her forthcoming Daddy’s Home LP is being promoted around the story of her father’s release from prison, perhaps Clark should’ve anticipated a few curveballs being tossed her way this press cycle along with the lobs.

Even so, while we’re not sure how good a look it is to have a freelance writer’s work killed, we have to concede that the new models of her Ernie Ball signature guitars look pretty damn sleek. I mean, look at these axes!

Speaking of shiny new things, when the Dallas Cowboys selected University of Kentucky cornerback Kelvin Joseph with the 44th overall selection in the 2021 NFL Draft, they didn’t just get some help in the secondary; they also expanded the area rap community! See, Joseph is also a rapper who performs under the moniker of YKDV Bossman Fat. Here’s what he sounds like:

Moving on, some horrible accusations have lead to some shakeups in the local country music radio landscape. Justin Frazell, the longtime morning-show host for 95.9-FM KFWR The Ranch, has been terminated by the station in the wake of his being arrested on two separate charges of sexual misconduct, including one with a teenager. Details can be found by clicking either of the hyperlinks in the previous sentence, but suffice it to say that the alleged circumstances reveal a pattern of Frazell grossly abusing his position of influence to take advantage of women in vulnerable situations. North Texas radio and the area country music scene at large are both far better off without him.

Looking for something new to fill your morning radio void? We suggest given a listen to DJ Vinyl Val, who just took over 89.3-FM KNON’s “Monday Morning Blend” show and will help you kick your work week off each Monday from 7 a.m. to 9 a.m.

Or maybe you’re more of a podcast person? In that instance, you might be interested in hearing what Tim DeLaughter of The Polyphonic Spree had to say when he visited the U.K’s Strange Brew Podcast to talk about his band’s new covers album, Afflatus. In the talk, DeLaughter gives a detailed version of the story when asked “Why?” In regards to the cover album release, with the short of it really being “Why not?” Check out that podcast here.

Of course, as ever, you can always turn your attention to music videos, as plenty of new ones were dropped by area artists this week.

The splashiest of them all comes from Grammy-winner Bobby Sessions, who is searching for peace amidst the struggles of inner-city life in the visuals for the Pharrell Williams-composed “Cog In The Machine” single off his forthcoming debut Manifest LP for Def Jam. As the young legend from Dallas himself said on Twitter about the video, don’t blame him if watching this ultimately uplifting and empowering clip makes you want to quit your job.

On a similar tip, Fort Worth’s Meach Pango opens their latest music video “Wander” with the lines “Another day/Waste away hours as they come.” Are we sensing a trend here? See for yourself and get “meached” in person when the pop-rockers play Gas Monkey Bar & Grill on May 27.

Meanwhile, Dallas punk band Sloth Fist actually just celebrated their own return to the Gas Monkey stage on Sunday at an event that saw frontman Eric Daniels emerge from his pent-up cocoon in a seriously great performance as far as showmanship goes. Hey, if he doesn’t regret the short shorts he was wearing on stage, then we won’t either! Sloth Fist also just released a new music video for the title-track off their 2020 released Mothman Is Real LP. Check it:

Then there’s Oak Cliff rapper, rocker and sometime punk EMOtional Xan, who is out here continuing to prove that there’s no boxing him into one genre with his new visuals for his hard-hitting “Possessed” cut.

Hey, after the year we all just had, we’re all about letting people explore anything that makes them feel fulfilled.