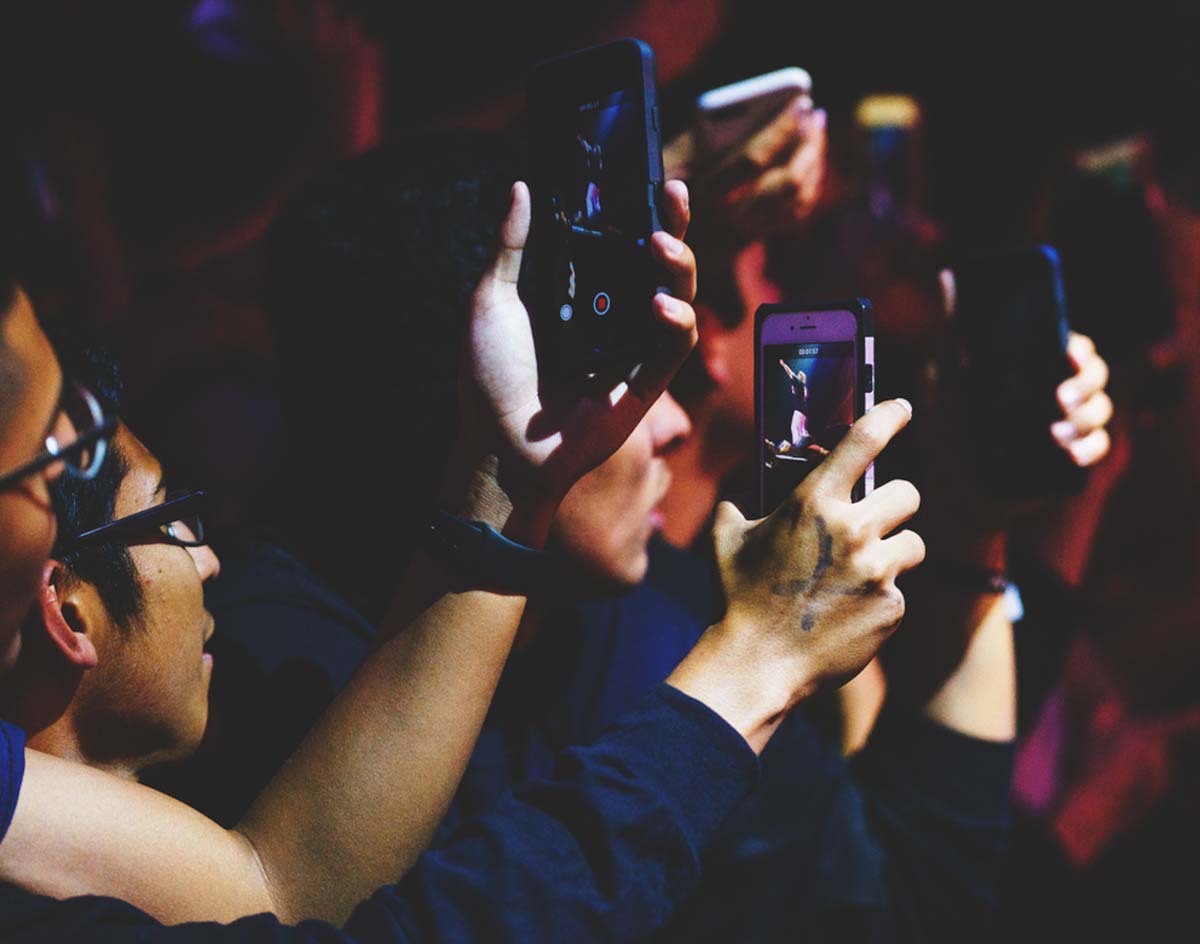 Post Malone Embraces A More Virtual Reality, Asian Doll Changes Her Rap Name and Symbolyc One Is Forming The Rap Supergroup Of Your Lyrical Dreams.

Some three years ago, there was a bit of an uproar over an entity that wanted to livestream Deep Ellum concerts for folks who were too lazy to get off their couches to support their favorite bands.

As much of a virtual stink was made about how the idea was lame and bound to hurt revenues for both venues and the musicians hired to play in them, the discussion all kind of amounted to nothing – well, beyond somebody writing a story about how this was all 100 percent totally going to be happening all over the place. Except, beyond the few efforts we’ve see out of the folks at Stream Music TV, the concept never really took off.

Perhaps the idea didn’t succeed because it was ahead of its time and not sexy enough with newfangled technology involved? That’s the bet a new company is making, anyway. Using the technology pushed by the Dallas-tied Oculus that has made cheap and reliable virtual reality gear increasingly affordable for consumers, a company called MelodyVR has been broadcasting concerts live on VR since May with the help of three venues in England. (The fact that they’re charging for their services and not just showing these concerts for free also probably helps.)

“In the coming months, MelodyVR will offer virtual tickets to a wide range of international concerts, allowing significantly more people to experience shows as they happen,” the company writes in a press release. “At the same time, virtual ticketing will increase several revenue streams as it allows artists, venues, and promoters to sell an infinite number of tickets to any show, even when the venue is sold-out.”

They continue: “These performances will be captured from multiple points-of-view, giving fans complete control over what they see and where they stand. They can go deep in the crowd or up-close-and-personal with the band on stage. What an amazing opportunity this provides. It not only gives more fans the opportunity to see a sold out concert, but through MelodyVR’s immersive technology, they can get closer to the music than ever before.”

Now, as the company looks to begin its big push, Post Malone has signed on to stream a concert with the company.

It’s nice to read something about Post Malone that doesn’t find the guy in trouble these days. Dude’s just been having a rough go of things lately. First, a private jet he was traveling on had to make an emergency landing after popping some tires on takeoff. And since then? Oh, he’s just been involved in a car wreck and a home invasion. Seriously: On September 1, three armed robbers stole $20,000 in jewelry and cash from his San Fernando Valley home, reportedly yelling about how they were looking for the rapper. Then, on September 7, some regular folks in a Kia crashed into his Rolls Royce whle he was driving around Los Angeles. Fortunately, Posty walked away unharmed from all three of these incidents.

God either really loves the dude. Or, in Posty’s mind, really hates him.

Speaking of ex-pat white Dallasites who dabble in black-influenced culture: On the same week his breakthrough debut album turned 28, Vanilla Ice found himself aboard an Emirates flight from Dubai to New York that had to be quarantined after 10 passengers fell violently ill.

Also dealing with some health issues of late is Dove Hunter frontman Jayson Wortham, who was diagnosed with Hodgkins Lymphoma back in April. There’s a GoFundMe account to help him out with bills during this difficult time. On the horizon as well is an all-star benefit show set to go down September 21 at Dan’s Silverleaf. The lineup features Baptist Generals, Def Rain, Tim DeLaughter and Scott Danbom. You can find more info about that show here.

We’ve also recently written about the crowd-funding campaign for Oh, Sleeper bassist Lucas Starr, who is dealing with Stage IV colon cancer. Now there’ll be a benefit show for Starr as well, going down October 19 at 2513 Deep Ellum . In addition to Oh, Sleeper, his old band Terminal is reuniting for the night, too.

Speaking of nostalgia for rappers of the past: Tristan Dunn, who was once known as Young Street, released the video for his song “G Unit” this week. Admittedly, it does kind of sound like a G Unit song!

Surely not to be confused with either of the Dallas-based Doll rappers are S3nsi Molly and Lil Brook, whose “223” is getting a lot of love of late. Dance Daily shot the thing, so you know the visuals are at least on point.

And, after we gave Cody Lynn Boyd’s new single quite the glowing review this past Friday in our weekly Songs of the Week column, the dude’s dropped some stunning visuals to match it:

Meanwhile, in the video for their new “Warped” single, the teen girl band Not Ur Girlfrenz distills its summer on the Warped Tour into a three-minute clip. The band’s pop-punk debut EP – produced by Bowling For Soup frontman Jaret Reddick — is due out in October, and currently available for pre-order here.

The now-Fort Worth-based Shotgun Rider also have a new video out this week for its single “I’m Not Alright.” The clip was shot in a Nashville recording studio, we’re told.

And, closing out the video portion of this column, here’s a video from Denton rockabilly outfit Tristan Thorndyke’s Rock N Roll Cannibals, in which the group stays true to its name and pays homage to Jeffrey Dahmer eating people for dinner.

In other news this week, Dallas super-producer Symbolyc One is his following his recent Eminem credits with something even more impressive. In an interview with HipHopDX, he reveals he’ll be executive producing an album by a new supergroup comprised of Black Thought, Phonte and Rhymefest. Here’s looking forward to hearing that.

Likewise, Edie Brickell & New Bohemians has a new album set to release October 12 via Verve Forecast. But us Dallas folk will get the first taste, as the band will kick off its upcoming tour with an October 11 release show at Granada Theater.

Speaking of tastes of the past, the onetime Denton house venue 715 Panhandle is currently available for rent. You could rent it and relive the past by throwing shows!

You won’t be able to do that at the short-lived, but well-liked techno club The Secret Factory, though. That place has announced that it is closing — and, worse, it has cancelled all its remaining 2018 shows.

Remember: Nothing gold can stay.