White Noise: The Difference Between Cuban Doll And Asian Doll. 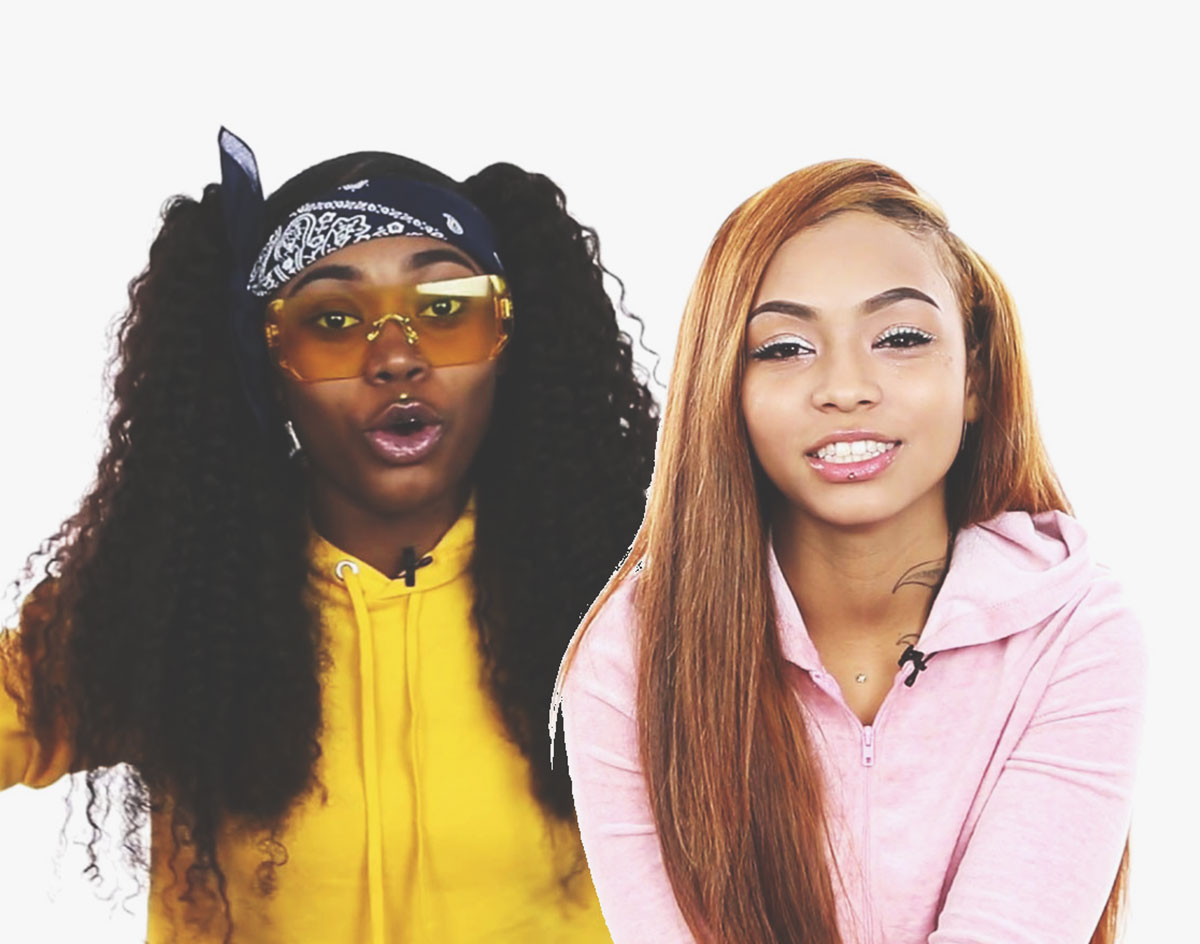 But it’s very easy to get them confused. See, Asian Doll and Cuban Doll have more in common that the facts that they’re both women and they each have “Doll” in their name. They’re both also garnering national attention from major publications on a regular basis, and they each appear poised to be commanding headlines throughout 2018. And, in the past seven days, they both got lots of love.

Last week, Asian Doll was featured by The Fader as one of their recommended artists to watch in 2018. Backing up their claims, the taste-making publication cited Asian Doll’s melodic sing-rap flow, bright style, bold personality and immense Instagram following of 521,000 followers as reasons why she’s primed to blow. Helping that cause? She’s featured alongside Rich The Kid on the remix for “Hi Bich” by Bhad Babie — you know, the “Cash Me Outside, How ‘Bout That?” girl — that was just released this week.

Of course, Noisey already prepared the world for Cuban Doll last year, which highlighted her Aaliyah Keef mixtape and called her “the perfect combination of Aaliyah and Chief Keef,”  as she headed off on her way to becoming the WorldStarHipHop favorite she now is.

With all this buzz, don’t be surprised if either or both of these rappers end up playing SXSW this year.

Oh, and The Texas Gentlemen? It was announced this week that they’re performing at Bonnaroo.

Quick: Name another Dallas-based act with Bonnaroo on their resume!

If you guessed Erykah Badu, give yourself a point. The Queen of Neo-Soul was in the news herself this week because she gave Rolling Stone an interview to promote the Fela Kuti box set she curated and an upcoming deluxe edition of her 1997 debut, Baduizm. In the Q&A, she spoke on learning to party after her midlife crisis, what her kids are listening to these days, the music that moves her the most and so much more. You can read the whole thing here.

Speaking of interviews, Dallas rapper Diego Money has followed in Fort Worth rapper Go Yayo‘s footsteps and earned himself an interview with the popular hip-hop vlog No Jumper. Check that out here:

On the release front, the biggest news came courtesy of Lift To Experience‘s Josh T. Pearson, who announced pre-orders for a new solo album titled The Straight Hits!, which follows up his 2011 album, Last Of The Country Gentlemen. The new disc is due out on Mute on April 13. Hear the first track below:

Meanwhile, T.Y.E proved this week that he’s not wasting any time this year. Instead, he’s following up his frantic schedule of 2017 releases with a new mixtape called All About Money. Stream the whole project below.

Then there’s the internet sensation that is Lil Lotus, who finally released the highly-anticipated video for “Body Bag ft. Cold Hart)” this week.

Todrick Hall also released a branded video, this one for Cheetos and called “Teach Me How To Curl,” which is a play on Cali Swag Disctrict‘s “Teach Me How To Dougie,” which was itself a play on Lil Wil’s “My Dougie.” The clip features high-profile professional athletes including LaDainian Tomlinson and Vernon Davis. Is it goofy? Definitely. Is it fun? Yeah.

This is fun, too: Sucré is a new project from former Mutemath drummer Darren King and his wife Stacey Dupree of Eisley. The Tyler-based duo has a mini tour happening later this month that includes a a stop in Dallas at Deep Ellum Art Co. on January 28. Check out their new song below and cop your tickets to that show here.

Finally this week, we leave you with this video from Fort Worth rapper Currens Illum Manson, who is adamant in telling the world just how much he loves cocaine in a new song called “Lines.”