White Noise: Kacey Musgraves is CMA’s Only Female Album of the Year Nom. 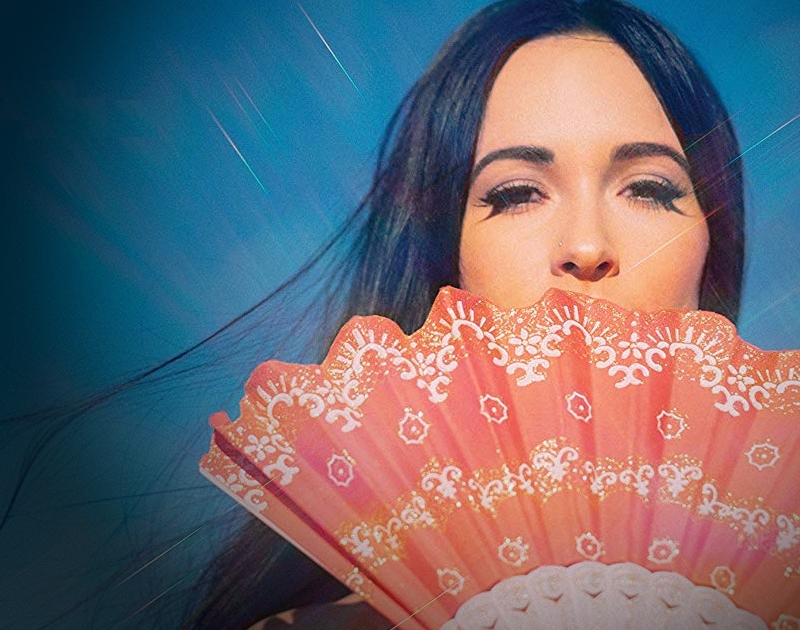 The CMA Awards Love North Texas Ladies, Symbolyc One Is Behind One Of Eminem’s New Track and the Sherri Dupree-Bemis Clan Plans Four New Releases.

This time last week, the Country Music Association announced the nominees for its 52nd annual CMA Awards — a crop that didn’t feature anyone not signed to a major label, and not nearly as many women as it should have. Would you believe that zero ladies are up for the coveted Entertainer of the Year nod? It’s true.

And that’s indeed a shame.

If there’s a silver lining for locals, though, it’s this: The women who got the most attention from the CMAs all have ties to the area. First of all, with her Golden Hour LP, the East Texas-raised Kacey Musgraves is the only female up for the Album of the Year award. In the Female Vocalist of the Year category, Musgraves, Arlington’s Maren Morris and Lindale’s Miranda Lambert account for three of the five nominees.

All three ladies are of course up for multiple other awards, with Morris’ “Dear Hate” single and the Lambert-featuring Jason Aldean single “Drowns in the Whiskey” both up in the Musical Event of the Year category. Find out who wins when the awards ceremony is broadcast live on ABC from Nashville on November 14.

Speaking of Musgraves: She reportedly stole the show at the 10th annual Billy Reid’s Muscle Shoals Shindig, as noted by Rolling Stone. Dallas’ own Texas Gentlemen (along with some baseball) also played four sets at the long weekend celebration.

Another local lady crushing it of late is the Fort Worth ex-pat Snow tha Product, who has been reprising her role of drug boss Lil T on the third season of Queen of the South. The final two episodes left this season air at 8 p.m. this Thursday and the next.

A traitor is among them. Will they find out who it is in time?@SnowThaProduct returns to #QueenOfTheSouth, Thursday at 9/8c on @USA_Network. pic.twitter.com/BDgjBBXdyM

Also on cable, you might have caught a snippet of new Cure For Paranoia song, which was used on ESPN during their coverage of the U.S. Open. Check it out:

Off-screen, Selena Gomez let slip to Elle in her new cover story that she’s privately reached out to support her old pal Demi Lovato following her recent relapse drama: “I didn’t do a public thing,” Gomez said in the piece. “I didn’t want to. I… I love her. I’ve known her since I was 7. So… it’s… that’s what I’ll say.”

Here’s a clip of the pair together on Barney & Friends back when they were only single digits old.

Moving on, Travis Scott’s isn’t the only most-buzzed-about hip-hop record from a given week to feature some locals. The big, surprise comeback Eminem LP Kamikaze also bears a Dallas touch. The Grammy-winning Symbolyc 1 co-produced tracks “Nice Guy” and “Normal,” the latter of which came with some assistance from his fellow North Texan, LoneStarr Muzik.

Moving on, the always Kickstarter-hungry Eisley sisters have launched yet another crowd-funding campaign. This one hopes to bankroll four releases from the Max Bemis and Sherri Dupree-Bemis clan. Those would be a duet LP from their Perma project, Sherri’s first-ever solo EP, Max’s first solo EP since Say Anything, and the debut of their daughers’ indie-rock project, which is tentatively called Flower Petal Flower Rose.

Somehow managing to finalize new releases without begging their fans: Quaker City Night Hawks, which announced that it will hold an album release bash on September 30 at Fort Worth’s Twilite Lounge; the second volume of spontaneous Denton supergroup recordings known as Elk River Sessions, which will come out October 2 at Dan’s Silverleaf; and Jaret Reddick of Bowling For Soup and Kelly Ogden of The Dollyrots, who are recording “an album of awesome duets” due out in fall 2018 (so, like, soon).

Lastly, we’ll close off this week’s news and notes with a trio of music videos.

The first comes from Sydney Anderson, whose debut EP is due out September 14. The pop country singer has been at it for over a decade, even taking vocal lessons from the same coach as Demi and Selena.

Then, fresh off his “Sway in the Morning” appearance, Rikki Blu released a clip for his new “Wolfpack” single.

Lastly, Sleepy Zuhoski’s got a new one for the track “Muscle Memory,” which is a Lights cover that can be found on his debut record. The clip recently premiered over on a U.K. blog