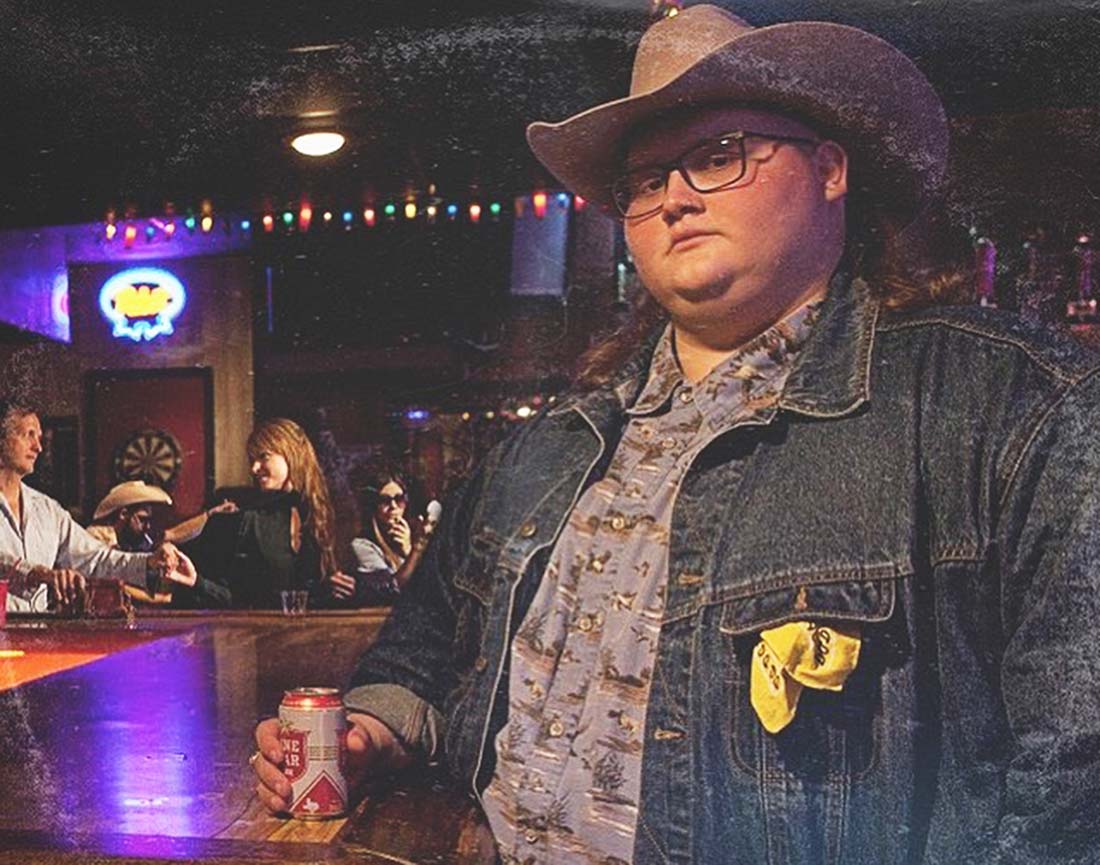 Joshua Ray Walker – “Working Girl”
RIYL: Making ends meet.
What else you should know: I’ve seen dozens of Walker’s sets in the past year, and they guy has that rare ability to give you chills even when you already know what’s coming. His debut album is due out in January via State Fair Records, and boy is it going to make many a songwriter jealous. His songs have made me laugh, and they’ve also made me cry on more than one occasion. But his best tunes are the ones that make me do both. He’s got more than a few of those, too. This is the first of many tunes he’s got that will set this town — and hopefully many from beyond our borders — on fire.

Tippy Balady – “Begin Again”
RIYL: Standardized testing.
What else you should know: Just as her junior year of high school was winding down, Tippy Balady headed to Hollywood as an early-round contestant on the most recent season of American Idol. This past weekend, meanwhile, the 17-year-old indie-pop singer and now-senior at Booker T. released her debut single from her forthcoming record. She’s more productive than I was while battling senioritis, to say the least.

Cody Lynn Boyd — “I’m Gonna Give You Anything”
RIYL: Listening to the same music as your dad.
What else you should know: The young Mr. CLB is reportedly a perfectionist — and does it ever show on this immaculately crafted tune. His haircut tells me this is supposed to be a ’60s folk thing, as do my speakers once I finally hit the play button. Then comes a four minute crescendo towards retro-rock perfection. This song is a master class in arrangement. Throughout it, the guy sings that he’s gonna give a me anything — but all I want is more songs like this.

Pleasure Crisis — s/t
RIYL: Borrowed nostalgia for the unremembered ‘80s.
What else you should know: We first heard demo versions of these songs in January of 2017, so it has taken a while to get to this point. But this group seems to be hitting a sweet spot with the release, which comes right at a time when folks around us seem to be more obsessed than ever with ’80s nostalgia. So, um, throw on some leg warmers, I guess? Because this is the perfect album to soundtrack your next training montage, y’all.

Carter Albrecht – “Calling All Kanyes”
RIYL: Being ahead of your time.
What else you should know: Monday was the 11th anniversary of Albrecht’s death. The DSO pianist, Edie Brickell-backing multi-instrumentalist and member of revered local bands Sorta and Sparrows was working on a solo album in 2007 with Steven Collins and Dave Monsey when he was tragically murdered. This previously unreleased track didn’t make the cut at the time, which Collins, who recently shared it online, explains as follows: “We couldn’t tell if Carter had been serious about this song at that time [of his death], and he wasn’t there to tell us. So it was put away. Ten years after the album came out, I found the files for this song on the archive and called Dave Monsey to ask him what his thoughts were on revisiting it in the mixing room… We pulled up the tracks and it was if Carter stopped by to say ‘hello.’ We could almost hear him laugh. The song is a little blessing from an old friend. To me, it seems as if it were supposed to be heard at a later time instead of then.”

Blue Apollo — When You Ask For Rain
RIYL: Boulevarding
What else you should know: The SMU alumni celebrated the release of this alt-pop EP at Cambridge Room last night. It’s a record they say is equally influenced by John Mayer as it is Stevie Wonder, but with a heavy dose of hooky, modern pop thrown in. It’s also shaped by the city itself says the band. “I’d say the people of Dallas probably have the biggest effect on our writing,” the band told Vents Magazine earlier this year. “Most of our songs are based on experiences we’ve had in Dallas, and all of us went to school in the city, so we’ve all done a lot of growing and learning here. We feel very thankful to be in this city, and we love playing music here.” OK!

Da Deputy — “My Section”
RIYL: Funky towns.
What else you should know: If there’s anything Da Deputy has in common with Leon Bridges, aside from repping Fort Worth like he does at the opening of this track, it’s his appreciation for the buttery backing vocals of fellw Fort Worth performer Brandon Marcel, who turns in a supporting effort here — just like he’s done both on record and on the road for Bridges in recent years.

Jahn Dough — “Closing Words”
RIYL: The real Slim Shady.
What else you should know: Last week, Dallas producer LoneStarr Musik found himself with a co-producer credit on the track “Normal” from Eminem’s surprise, chart-topping Kamikaze LP. Well, here the producer is again, doing the same thing, albeit for someone markedly less famous. Unknown though Jahn Dough may be in many circles, though, he’s definitely got some chops worthy of this level of rap production.

trauma ray – “Relay”
RIYL: Pinning the VU.
What else you should know: If it’s good and it’s from the 817 side of the Metroplex, there’s a good chance that Dreamy Life Records is the label that’s putting it out. That’s the case here with the young shoegaze greats trauma ray, who hit all the feels with this MBV-like crusher. We’re definitely stoked to hear the rest of this one, which we’ll be able to do following an EP release show for this new release hosted by Main at South Side on September 21.

Jack Barksdale — Revival
RIYL: Being too young for the blues.
What else you should know: What’s the point of being a pre-teen bluesman if you can’t capitalize on it? That’s what the young Mr. Barksdale wonders on the closing track of his new debut EP, “I Haven’t Had the Blues Yet.” In it, he laments that nobody’s tried to get him down, and none of his friends have died because they’re all nine-year-olds. It’s cute and precisely the kind of honest, kid problems you want to hear a kid sing about. Still, we’re not sure anyone should really want the blues.

Ian Salazar – “Virginia”
RIYL: Musicians that are low-key the best in town.
What else you should know: The Acid Carousel and Majik Taylor member has several musical irons in fires all over town at the moment, none of which necessarily sound all that similar and all of which are quite stunning. And then there’s the fact that, on top of the many records all his other bands are continuously putting out, he’s also got a solo EP on the way. Get this: The young wizard wrote, performed, recorded and mixed this track from that upcoming release all by his lonesome. Gotta admire the hustle.

The Plastic Daisies – “Here and Now”
RIYL: Going it alone.
What else you should know: Not to be confused with the British band of the same name, this Plastic Daisies is the solo project of Big Red Ants frontman Nathan Walters. And, man, I really love it. There’s a brooding little halftime retro feel going on here that’s halfway reminiscent of Mini Mansions — well, if they were from the ’60s.

The Get You – “Pretty Good” / “Stick by Me”
RIYL: Taking cover.
What else you should know: Aside from being one of the most in-demand session drummers in Nashville, Fred Eltringham has toured as a member of The Wallflowers and as the drummer for Sheryl Crowe, Kacey Musgraves, KD Lang and The Dixie Chicks. Today, he steps out from behind the kit to front his debut solo project. It’s a lo-fi batch of garaged up covers with some help from Crowe and a handful of his famous friends, and we’re including here because he’s joined on it by a couple area acts done good for some choice cover songs: Golden’s Kacey Musgraves teams up with Eltringham for a fine trashing up of John Prine’s “Pretty Good,” and Greenville’s Ben Kweller joins him on John Holt’s “Stick by Me.”

Kirby Brown — Uncommon Prayer
RIYL: When life has meaning and stuff.
What else you should know: The currently Nasvhille-based Brown hit the vaunted FAME studios in Muscle Shoals with producer Beau Bedford and the rest of the Texas Gentlemen a couple years ago to crank out this one out. “Prayer’s a bad word for some people,” he recently told Wide Open Country. “But I believe most songs are like a prayer. What art wants to do for us is lift us out of the mundane. The regularity of our lives. It wants to give us an opportunity to experience the world around us from an elevated point of view.” Sure sounds like the kind of thing that someone who once, without a hint of irony, referred to himself The Poet Laureate of Dallas” would say, if you ask us! We kid, of course. This is the kind of quality stuff we’ve come to expect from Brown. And, why yes, that is Leon Bridges singing with him on “Sweet Shame.”