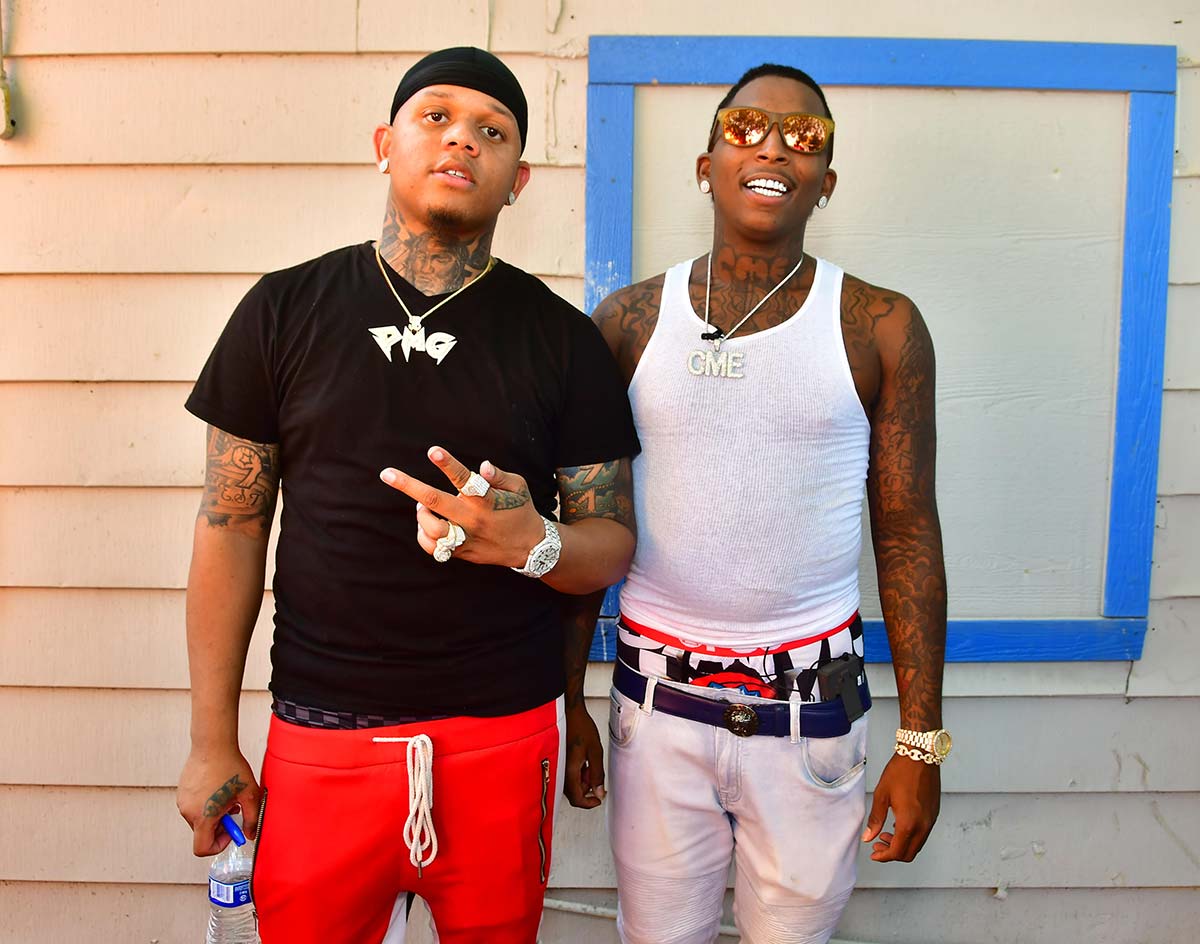 It’s been a huge year for the legend Bobby Sessions, whose stunning and unapologetic Def Jam Records debut came out last month. But, while we’ve got some more Bobby news to share later down in this post, let’s for now acknowledge that he is by no means the only rapper in town signing major label deals these days.

Let’s run a few of the most recent other apparent signings down.

After getting #metoo’d out of his role as Epic Records CEO, L.A. Reid recently held the first showcase for his new label, Hitco Entertainment, in New York this week. Thus far, Billboard reports that 15 acts have signed to the new venture, including Big Boi, Fifth Harmony’s Dinah Jane and Dallas rapper Yella Beezy, who performed at the event.

Earlier this year, you no doubt recall, Beezy appeared on a track with fellow hot South Dallas rapper Trapboy Freddy. Now, it seems Freddy too has been picked up. Young Thug’s latest release, Slime Language, is, says his reps, not an official “album” but rather a compilation featuring artists signed to that act’s own Young Stoner Life Records label. Barring any official word, Freddy’s inclusion alongside Jacquees on a track called “January 1st” at least hints at a deal.

And while he’s opting to remain an indie artist, Tru Def’s imprint Dreams Come Tru signed a distribution deal with Equity Distribution, a company under the umbrella of Jay-Z’s Roc Nation empire.

Then there’s Tay-K, who was sued earlier this year for illegally signing a record deal from prison. The 18-year-old rapper finds himself in even more hot water this week, as he caught another felony charge for being in possession of a cell phone while in jail. The young rapper, currently being held for his alleged role in a violent spree in 2016 that left two people dead, is reportedly being held in solitary confinement 23 hours a day.

We’re guessing that means Tay doesn’t have access to a TV, which means he also missed the many North Texans that performed in front of the cameras this week.

First of all, there was yesterday’s Post Malone show-closer at the MTV Video Music Awards. After performing his Song of the Year-winning “Rockstar,” he also joined Aerosmith on guitar and vocals for versions of “Dream On” and “Toys in the Attic.”

Following the performance, a private jet set to take Post to London for another show popped a couple tires on takeoff and had to circle around burning fuel for a couple hours before eventually making an emergency landing in New York.

Multiple sources are now reporting that everyone on the plane is OK.

Another local Tay-K didn’t get to see was Leon Bridges’ return to New York after his recent Tonight Show appearance, which this time saw him perform live on Good Morning America. Catch his “Beyond” performance here, as well clips for “Bad Bad News” and “If It Feels Good (Then It Must Be)” here and here, respectively.

Over on The Late Show, Elle King brought some local boys as her backing band while she debuted a new single for Mr. Colbert. Those players would be Midlake guitarist Joey McClellan and Horse Thief’s Cameron Neal.

Also on the television this week was a new trailer for the What Women Want reboot that stars Erykah Badu as the film’s catalyst. Badu also turned in a live performance of some old favorites on NPR’s Tiny Desk Concert series last week.

In other music video news, several other local artists have released moving picture accompaniments to their tunes this week.

First up, there’s Conner Youngblood with the epic, cinematic treatment for “Birds of Finland,” one of his oldest tunes. A holdover from a previous EP, it was also included on his just-released debut LP.

The aforementioned Bobby Sessions, meanwhile, released an updated, Atlanta-shot version of his “Black Neighborhood” video, although this one features Killer Mike. It’s yet another powerful clip from the wise young rapper.

On the other hand, it’s the Fort Worth skyline that’s prominently featured in the new clip for 88 Killa’s “Still Skrtn’.”

Going in another visual direction, Lil Ronnie MothaF objectifies women just trying to workout at the gym in peace in his new “Bag it Up” video. Seriously, dudes, the gym is one of the worst times to hit on the ladies.

Finally, a couple folks to keep in the ol’ thoughts and prayers:
• After a recent heart attack caused Pinkish Black to cancel a show, the band’s frontman Daron Beck suffered a second heart attack while at home recovering. An online fundraiser has been launched to help pay for his medical bills.
• We are also sad to inform you that China Kills Girls guitarist Chris Carriker passed away suddenly this week. His band won Fort Worth Weekly’s “Best Punk Band” award back in 2012. He will be missed.

Yella Beezy and Trapboy Freddy cover photo via Facebook. Got a tip for White Noise? Email us!