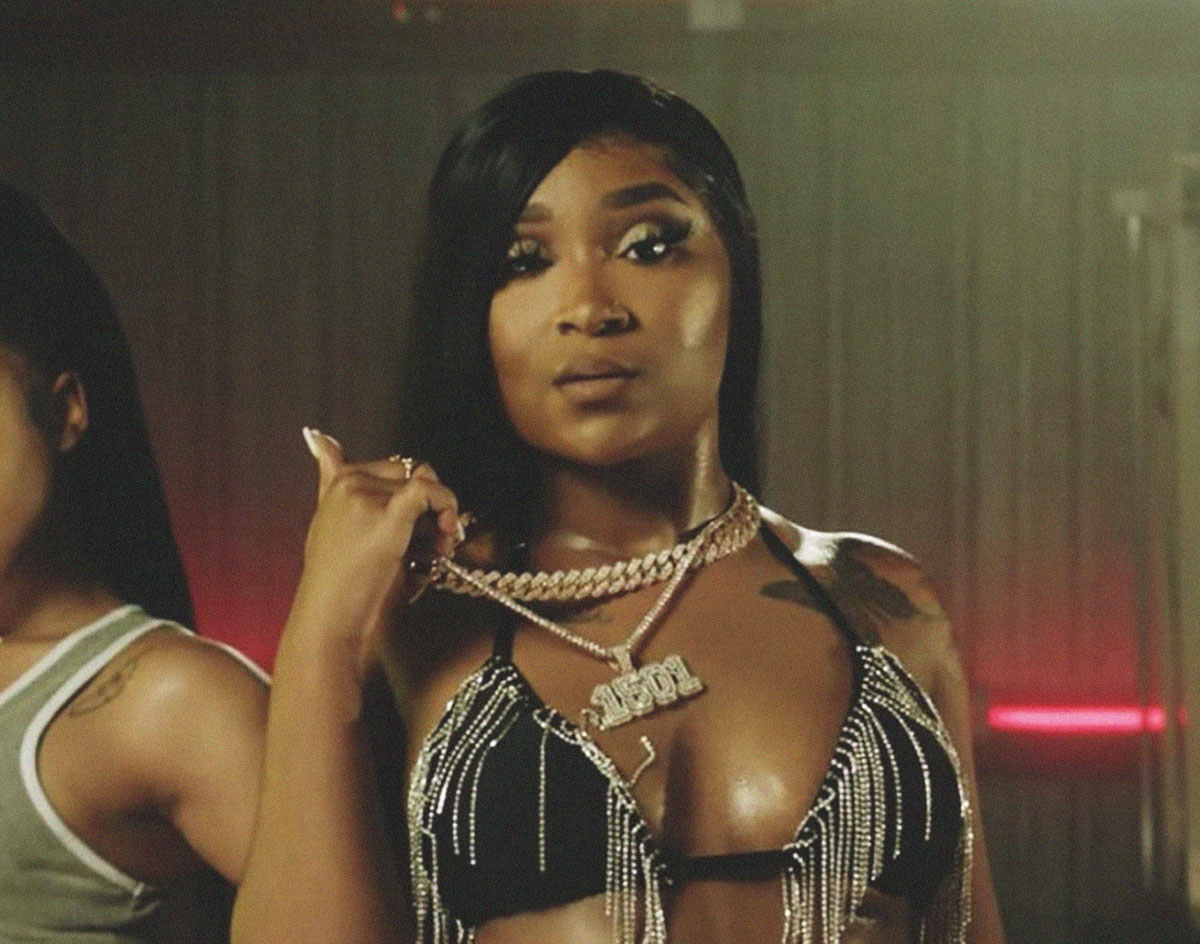 Erica Banks Rides Her Massively Viral TikTok Hit To A Deal With Warner Bros., Kaash Paige Gets Criticized For A Maskless Birthday Party And Much More.

A full seven months after the 2020 Central Track Music Honors winner for Dallas’ Best Female Rapper releasing the December 2019-recorded track, her Nelly-sampling single “Buss It” is one of the biggest songs in the country. After having reach No. 38 on Billboard‘s R&B Hip-Hop Airplay chart in August, the song is currently getting a second wind thanks to the “Buss It” Challenge it’s sparked on TikTok.

As of today, the challenge has north of 441 million TikTok plays of regular ol’ folk and celebrities alike quite literally getting down to the track.

@riconasty#bussitchallenge 🥺 THANKS FOR A MILLLION FOLLOWERSSSSS♬ Buss It – Erica Banks

Not surprisingly, the Nicki Minaj-approved Banks is riding high in the moment — and could be setting herself up for a big future. That’s the expectation of the folks at Warner Bros., anyway; last week, Banks announced she’d signed a deal with the major label!

I’m proud to announce that I am now signed to WARNER BROA RECORDs/ENT 🎉🎉🎉 Thank you everybody for your support & thank you God ❤️ pic.twitter.com/lsiYK9O8lN

Congrats to Banks, who is pretty clearly establishing herself as more than the Megan Thee Stallion copycat she was once accused of being.

It’s worth noting, though, that Megan Thee Stallion’s rise was in part spurred on by TikTok attention, too.

The same is partially true for Dallas-sprung R&B singer Kaash Paige, the Def Jam-signed performer who turned 20 years old this week. Alas, not everyone was sending Paige well wishes this week. Actually, TMZ in particular decided to call the performer out for hosting a maskless party for herself and a number of friends at a rented Los Angeles house in the middle of a pandemic.

Earning much more welcome attention this week were Latinx contributors to the Dallas indie rock scene, as Bandcamp decided to turn its focus to 10 such acts’ way late last week. Congrats to Luna Luna, The Bralettes, Ariel + The Culture, Chroma, Perdidos, Dezorah, CANA!, Brian Rodsal, Sub-Sahara and Aztec Death on their well-deserved nods — and to Bandcamp for the well-written piece that contextualizes well their collective rise.

Speaking of things getting their proper due, Thor Christensen at the Dallas Morning News did area music fans a service last week by highlighting what he calls “one of the creepiest hits ever by a D-FW band” on the 50th anniversary of its release. Released by the Fort Worth prog-rockers Bloodrock, the song “D.O.A.” took a bizarre path to success, reaching as high as No. 36 on the Billboard Hot 100 singles charts in 1971. Check out the song below, and head here to give the interesting look back at the song a read.

Also doing his part to highlight Dallas musicians worthy of attention is Travis Wright of the “I’m a fan of…” podcast, who has teamed up with Cloudland Studio owners and engineers Joe Tacke and Rebekah Elizabeth to launch a new video performance series called Just One. The premise is that Wright invites acts into the studio, and Tacke and Elizabeth record them playing a song on just a single microphone. It’s a neat premise already featuring recordings from Heart of the City, Brave Little Howl and Phantomelo, the last of which can be seen preforming their song “Shark Attack” for the series in the below clip.

Fort Worth rocker Washed Up Rookie also recently released the video for his Milky Beatz-featuring single “Sorry and Good Luck.”

Meanwhile, Americana favorite Charley Crockett, former A.Dd+ rhymesmith Paris Pershun and whip-pushing rapper Star Music all dropped new music of their own this week. Hit the hyperlinks to pick up what they’ve all recently put down.