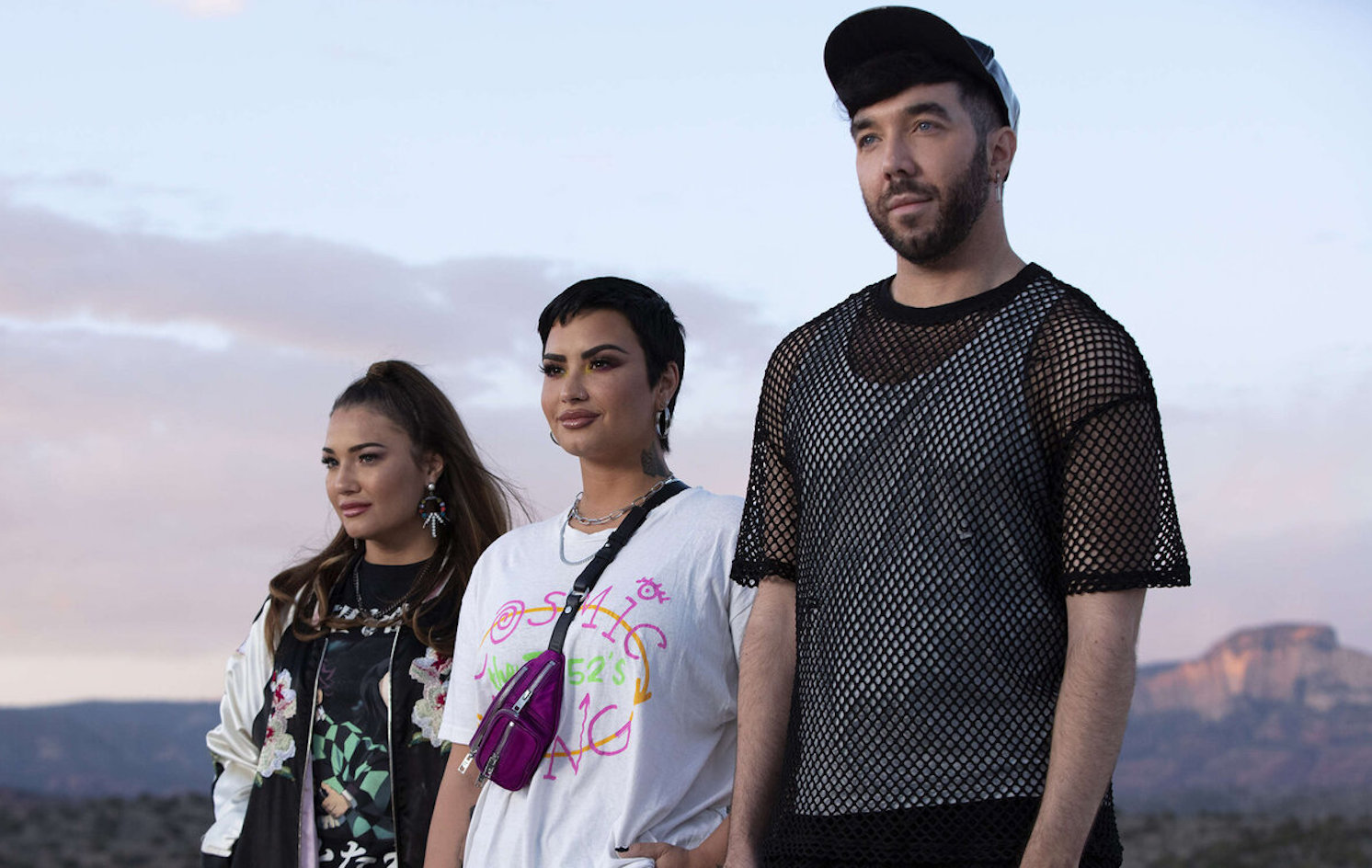 For the past few weeks, White Noise has been giving you music updates on some of the bigger Dallas musicians out there. It’s probably looks a little different since our former badass contributor and Morocco member Forrest Cook passed down the reigns to me.

Since I took over, I’ve focused on highlighting famous Dallas artists who we normally wouldn’t write a full article about. Sometimes we do, though. Or times we like to save that for local coverage. Nevertheless, if we need to throw something out there in a few sentence – White Noise is the place. Selena Gomez, Miranda Lambert and Maren Morris to Bobby Sessions and St. Vincent, White Noise is you to-go section for news about the crazy shit these big names are doing.

But, also other random music news. If you’re lucky, you’ll get some cool music videos or music of the week we recommend.

That being said, here’s the crazy shit Demi Lovato has been into.

In September, Demi Lovato premiered the first episode of their new Peacock series Unidentified with Demi Lovato that investigates eye witnessing alien encounters. Yes, that’s what Demi has been up to. Alongside their best friend Matthew Scott Montgomery and their sister Dallas, Lovato hits the road on an RV meeting with UFO enthusiasts, alien abductees and therapists specialized in extraterrestrial things and whatnot.

Why? Apparently, in October of last year, Lovato had a dream they were abducted by aliens in their sleep and now they’re on a quest to find out if aliens are real or not.

In this week’s episode of the docuseries, Lovato serenaded a “ghost” who had gone through trauma from sexism in Vulture City, known as an abandoned ghost town, in Arizona. They ask the “ghost,” named Carmen, if it has seen extraterrestrials or UFOs. After Lovato asks if it’s a “star person,” electromagnetic field detector that picks up spirit communication stayed silent until they ask if they didn’t want to say anything because they were “boys” around. Then the EMF made a sound.

Lovato then proceeds to sing their 2011 song “Skyscraper,” which they sing when feeling emotional. The EMF made a beep after they finished, and the trio considered that a “standing ovation” from the “ghost.”

Don’t believe it? See for yourself.

We’re hitting that point in the year where we start reflecting on whatever happened in 2021. Don’t get all sappy. We’re still talking music, though, so think Spotify Wrapped — what music were you into this year?

We can tell you what former President Barack Obama has been into! Yeah, it’s that time of the year too where Obama shares his favorite movies, books and music of the year and each year we’re curious to know what Dallas artists are on his list. In 2018, Obama included Fort Worth legend Leon Bridges in his end-of-the-year playlist and in his summer playlist in 2020 — among other Texas musicians.

This year, Obama included the late Dallas rapper Mo3 on his list of favorite songs of the year. Specifically, Mo3 and Morray’s track “In My Blood” off Mo3’s posthumous album Shottaz 4Eva. The rapper, who was fatally shot shot along Interstate 35 in 2o20, was among artists such as Lil Nas X, Lizzo, Cardi B and Lauryn Hill.

Clearly, his legacy and artistry lives on and we love to see it.

I’ve always enjoyed listening to a wide variety of music, so it’s no surprise that I listened to a little bit of everything this year. I hope you find a new artist or song to add to your own playlist. pic.twitter.com/g6kBzAbrZG

We do miss those Emo Nite Dallas shows there, though.

Are we getting too sappy?

That’s our cue to head out. As promised, here are some videos you should watch: