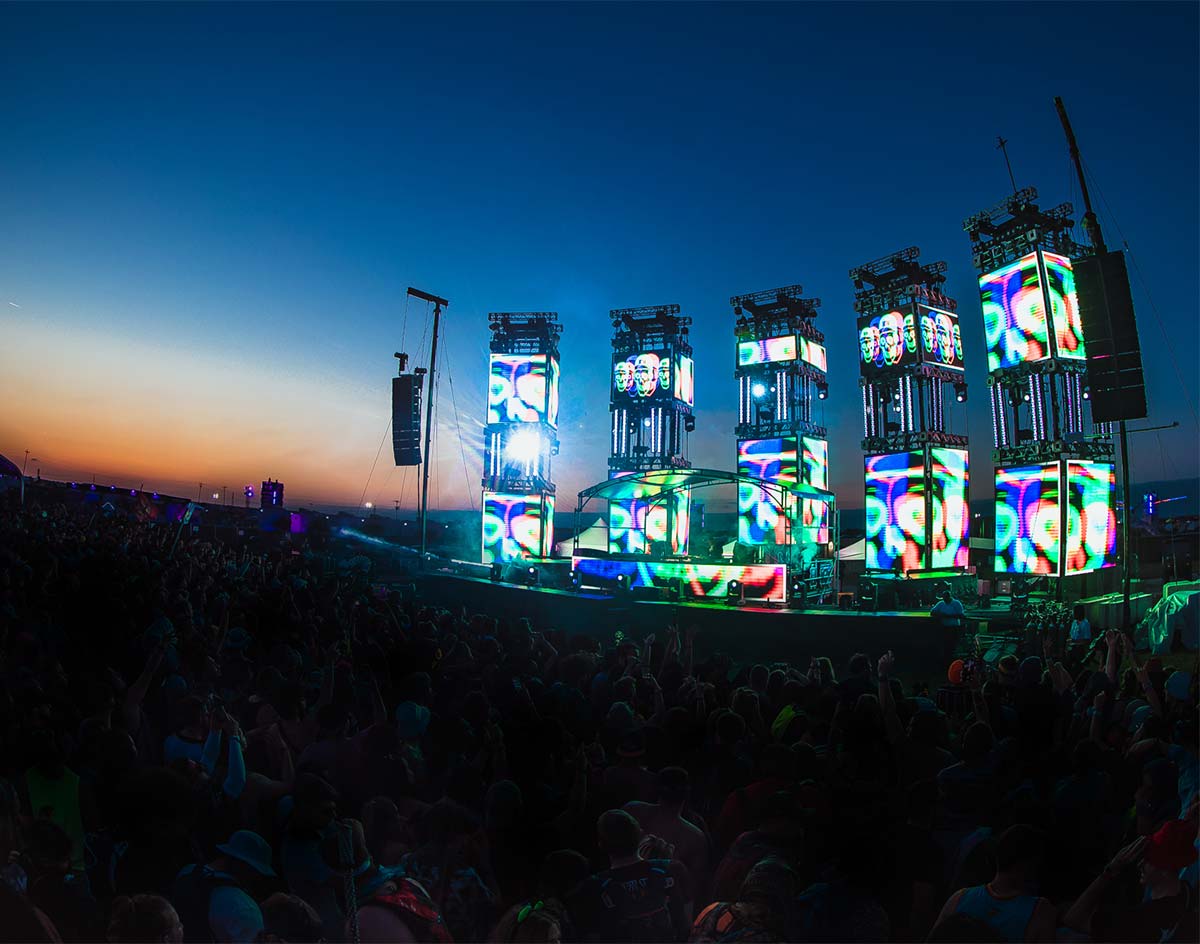 After Skipping 2020 Because Of The Pandemic, The EDM Festival Made History By Drawing 30,000 Fans Per Day To Its 2021 Offering 40 Miles South Of Dallas.

Following a year of COVID-19 pandemic-induced cancellations and postponements, music festivals have officially returned to North Texas — and the United States at large.

On Saturday and Sunday, eager ravers packed the Texas Motorplex in Ennis about 40 minutes south of Dallas for the 2021 edition of the EDM-centric Ubbi Dubbi festival. Across its promotions, the event — its last incarnation took place at Fort Worth’s Panther Island Pavilion in 2019 — proudly billed itself as “the #FirstFestBack.”

For all the handwringing this past year over the safety of hosting such events, this much became objectively clear in the wake of Ubbi Dubbi’s return: Music fans are ready to to attend concerts again in close proximity with strangers, whether the CDC approves for non-vaccinated people. Officials with the venerable Disco Donnie Presents electronic music event promotion company behind the event now say their festival drew approximately 60,000 attendees — just about 30,000 per day– across its two-day run.

Holding firm to its April 24 and 25 dates announced in November of last year, Ubbi Dubbi 2021 — featuring performers such as Kaskade, Illenium, Carnage, The Adventure Club and Kill The Noise, to name a few — will now stand as one of the largest events of any kind to take place in the wake of the pandemic’s widespread stateside outbreak in March of 2020. Its single-day attendance figures fall only slightly behind the Texas Rangers’ Opening Day attendance of 38,238 fans at Arlington’s Globe Life Field earlier this month.

For its part, Ubbi Dubbi did put into place a number of precautions meant to minimalize any potential super-spreading of the coronavirus. 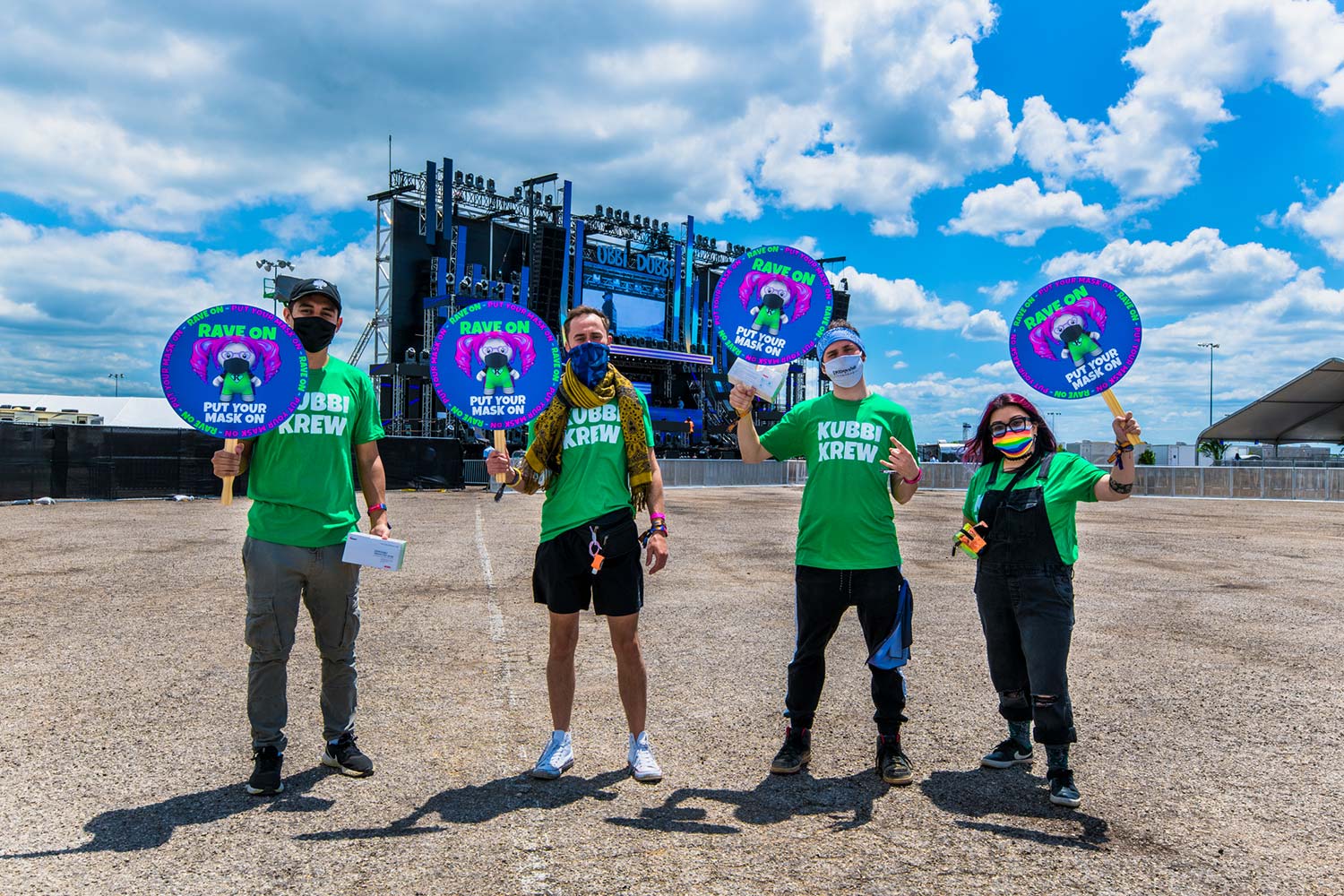 In an NPR piece from late March, James Donald Estopinal — the titular “Disco Donnie” himself — detailed the extent to which his event was working to ensure that its proceedings would be as safe as possible. These new protocols included promoting a reduced capacity, partnering with the health-tracking app CLEAR, requiring masks of all attendees, employing COVID-sniffing dogs, an express entrance lane for vaccinated attendees, hiring staff to help police the wearing of masks (see above) and using the PA system to repeatedly remind attendees of each of the aforementioned.

Even as case counts in the region are on the downswing, the effectiveness of these efforts — video posted to social media shows staff handing out masks to those in the crowd not wearing any (and seemingly running out of said masks in the process) — remains to be seen.

Lol the fact that ubbidubbi had to hand out masks to the crowd…literally saw maybe 6 in that entire first story pic.twitter.com/DxRSel7tQF

In the same March NPR piece about Ubbi Dubbi’s return, Dr. Bijal Balasubramanian, epidemiologist and dean of Dallas’ UTHealth School of Public Health, acknowledged that younger festival crowds intent on singing and dancing along to music would be tough to keep in check: “It doesn’t seem safe to do it just yet,” she said of Ubbi Dubbi’s plans. Meanwhile, Steve Adelman, vice president of the Event Safety Alliance trade group that provides safety education and resources, called Ubbi Dubbi’s decision to move forward with its event as “aggressive.”

Across social media, rancor over Ubbi Dubbi continued throughout the weekend, with many criticizing its attendees for being so clearly seen not wearing masks in photographs from the grounds, although any true health repercussions from this behavior could take weeks to determine.

Still, even those health-related complaints were drowned out by gripes about the event’s logistics and operations. On Saturday, many attendees endured at least two-and-a-half-hour waits in traffic just to get onto the grounds — an issue festival organizers themselves acknowledged as an issue.

In reality, the loudest cries related to Ubbi Dubbi on social media this weekend were euphoric posts from attendees thrilled about a return to rave culture.

Not surprisingly, Estopinal himself fell into that last camp.

No matter what else happens in my life. They can’t take back my tiny, little trophy😂😂😂@UbbidubbiFest #FIRSTFESTIVALBACK pic.twitter.com/dnDB3aQzni

For better or worse, he’s absolutely right about that.

Whether it’s a distinction to celebrate, we suppose, will be determined — and debated — over time.

Regardless, Ubbi Dubbi undoubtedly made history over the weekend.

Cover photo by Oh Dag Yo, courtesy of Ubbi Dubbi.