Team Behind The Nines To Take Over Starlight Lounge. 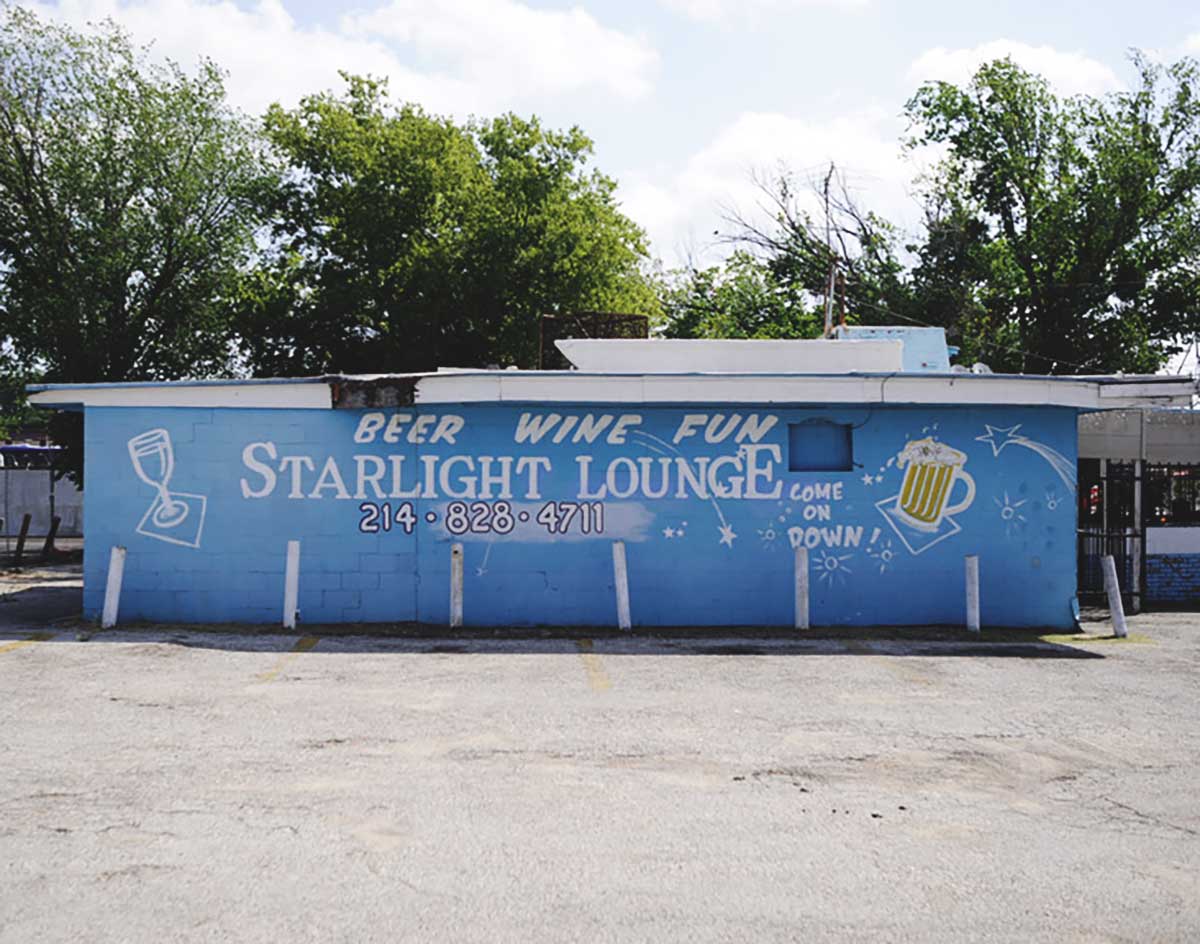 The Landmark Dive Bar, Located On Main Street Just East Of Deep Ellum, Will Receive A Minor Facelift And Be Re-Branded As Charlie’s Star Lounge.

It took a few years, but the East Elm neighborhood adjacent to Deep Ellum looks like it’s on the verge of finally becoming a thing — and many thanks, it would appear, to a group of Deep Ellum business owners who are forcing the issue of bringing business a few blocks over.

The first recent domino fell in October when it was announced that the group behind Lizard Lounge was taking over the operations at the destination It’ll Do dance club. That news was then quickly followed in November with the reveal that Adair’s Saloon owner Joel Morales had taken over the old Peak & Elm space and turned it into a new neighborhood watering hole he’s calling The Peak Inn. Today comes strike three: Yesterday, the team behind the remarkably inclusive Deep Ellum music venue The Nines formally signed a lease to take over operations at the landmark dive bar known as the Starlight Lounge. 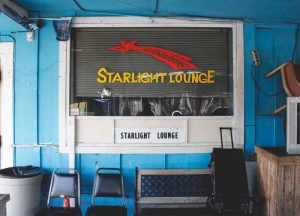 Following a brief goodbye period for the Starlight, the space will be closed for a spell as the new ownership upgrades the space — mostly bringing it up to code while not getting too in the way of the dingier charms it has developed throughout the years.

When it reopens in early summer, it will do so under a new name: Co-owners Allen Falkner and Corey Howe are calling the spot Charlie’s Star Lounge.

Angling for an ’80s/’90s trucker dive bar vibe, the bar’s theme will center around a titular character named Charlie — a similar-sounding plan to the branding efforts Victory Park restaurant Billy Can Can. While the “Charlie” name has two connections to its owners (Charles is Falkner’s given first name and Charlie is the name of Howe’s cat), Howe says he envisions the Charlie of Charlie’s Star Lounge as something along the lines of Donald Gibb’s Bloodsport character.

Originally built in 1956, the bar’s 4319 Main Street building has a long and winding history. Throughout its first three incarnations — Golden Goose Drive Inn (1956), Bud’s Bar-B-Q (1963) and Perry’s Drive Inn (1965) — it exclusively operated as a restaurant. Before changing hands again in 1968 and became Uncle Dudley’s Drive In, owners applied for and received a license for serving alcohol on the premises. A year later, it changed names once more and became the Starlite Drive Inn. Finally, in 1996, it became the Starlight Lounge, and switched over to a straightforward bar concept — and Reverend Horton Heat song-immortalized hideaway— that it has remained as for the last 24 years. 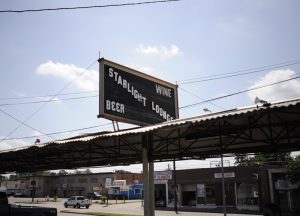 This next chapter for the building will bring a few noteworthy changes. First and foremost, while Howe and Falkner promise to maintain some daylight operating hours to appease the Starlight’s regulars, the room will no longer be one of the earliest-opening bars in town. On the other hand, Charlie’s Star Lounge won’t just be serving beer and wine as the Starlight has; it will instead boast a full liquor license, and its offerings will largely focus on frozen drinks, boilermakers and canned beers.

As for the nuts and bolts, plans include reinforcing the structure some, trenching the floor for new plumbing, installing new bathrooms and electrical, adding more safety lighting to its 28-spot parking lot and bringing some cosmetic upgrades to the patio.

For the most part, though, the charming patina — including the wood-paneled walls, its pool table, the old neon lights and the rustic wall decorations — will remain in place.

“We want the bar to look pretty much the same — but, at the same time, it doesn’t have to look completely like a place where your grandfather would play bingo,” says longtime bartender (and rock band Dead Flowers frontman) Howe, who Falkner chose to team up with on the new spot due to his turnaround of The Nines after coming on as its general manager. “We just want it to be a fun, good-time bar.”

In time, he and Falkner hope to build an addition on the building for a kitchen, but they expect to satisfy hungry patrons by hosting food trucks or by directing them to the nearby Peak Inn’s kitchen for now. On the entertainment front, Howe envisions the 1,400-square-foot spot hosting karaoke on the weekends, and perhaps some DJ nights dotting the calendar here and there.

“It’s going to be a pretty relaxed place,” Howe says.

Adds Falkner with a laugh: “Basically the exact opposite of The Nines.”